Download
Which European countries are suspending the AstraZeneca vaccine and why?
Thomas Wintle 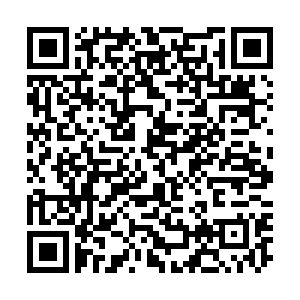 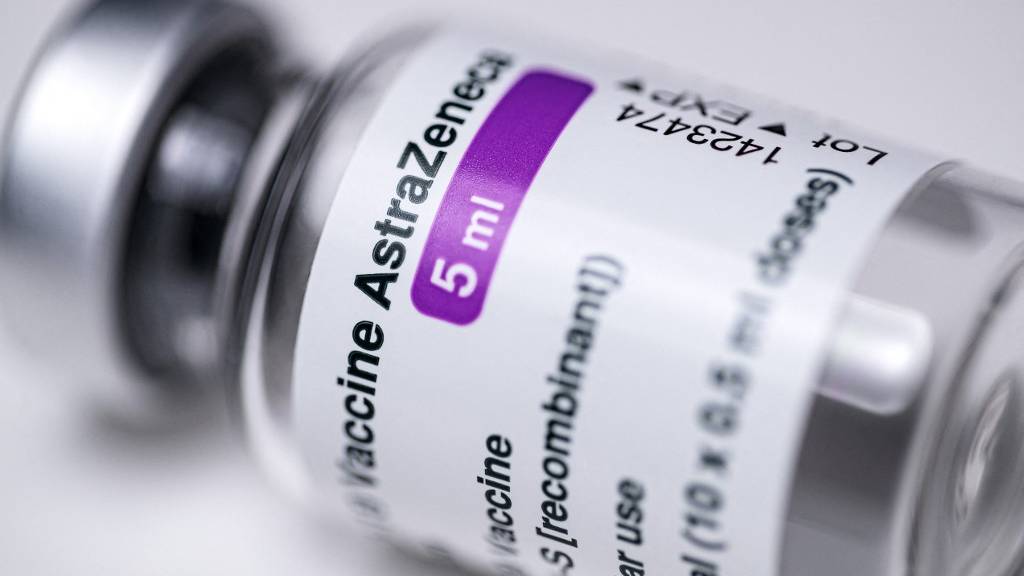 More and more European countries are suspending the AstraZeneca COVID-19 vaccine after reports of unexpected possible side effects. /Joel Saget/AFP

More and more European countries are suspending the AstraZeneca COVID-19 vaccine after reports of unexpected possible side effects. /Joel Saget/AFP

Sweden, Cyprus and Luxembourg have all joined a fast-growing list of countries that have suspended the Oxford University-AstraZeneca COVID-19 vaccine after reports of unexpected possible side effects from the injection.

The Anglo-Swedish pharmaceutical group said there is "no evidence of an increased risk" of a blood clot caused by its vaccine, while the World Health Organization (WHO) recommended continuing vaccination with this jab, before a meeting of its experts on Tuesday.

The European Medicines Agency (EMA), said in a press conference on Tuesday that the benefits of the vaccine still outweigh the risks, but that further scientific analysis is required and its team of experts will have an "extraordinary meeting" on the subject on Thursday, during which it will reach a conclusion on the matter.

We take a closer look at where the UK-made vaccine has been put on hold, why administrations made the decision and what it means for confidence in the jab.

Backlash over policing of London vigil

Why has the AstraZeneca vaccine been banned in some countries?

Austria was the first European country to start suspending the jab, placing a temporary ban on a batch of AstraZeneca doses in early March following the death of one person and the illness of another linked to the shots.

However, the decision by other countries to implement a temporary ban on all AstraZeneca vaccines came in response to reports from Denmark and Norway of "serious blood clotting in adults" linked to the drug.

Several Norwegian health workers who took the jab were hospitalized for bleeding, blood clots and a low count of blood platelets, Norwegian health authorities said on Saturday. Danish officials reported a person who had the jab had died after developing a blood clot.

The European Medicines Agency (EMA) has also confirmed that one person in Austria died following a pulmonary embolism, a blockage in the lungs' arteries, 10 days after they were vaccinated.

On Monday, a Dutch drug watchdog added to the concerns by announcing the Netherlands had seen 10 cases of noteworthy adverse side effects, while Germany cited the recommendation of its Paul Ehrlich Institute, which oversees vaccine safety. 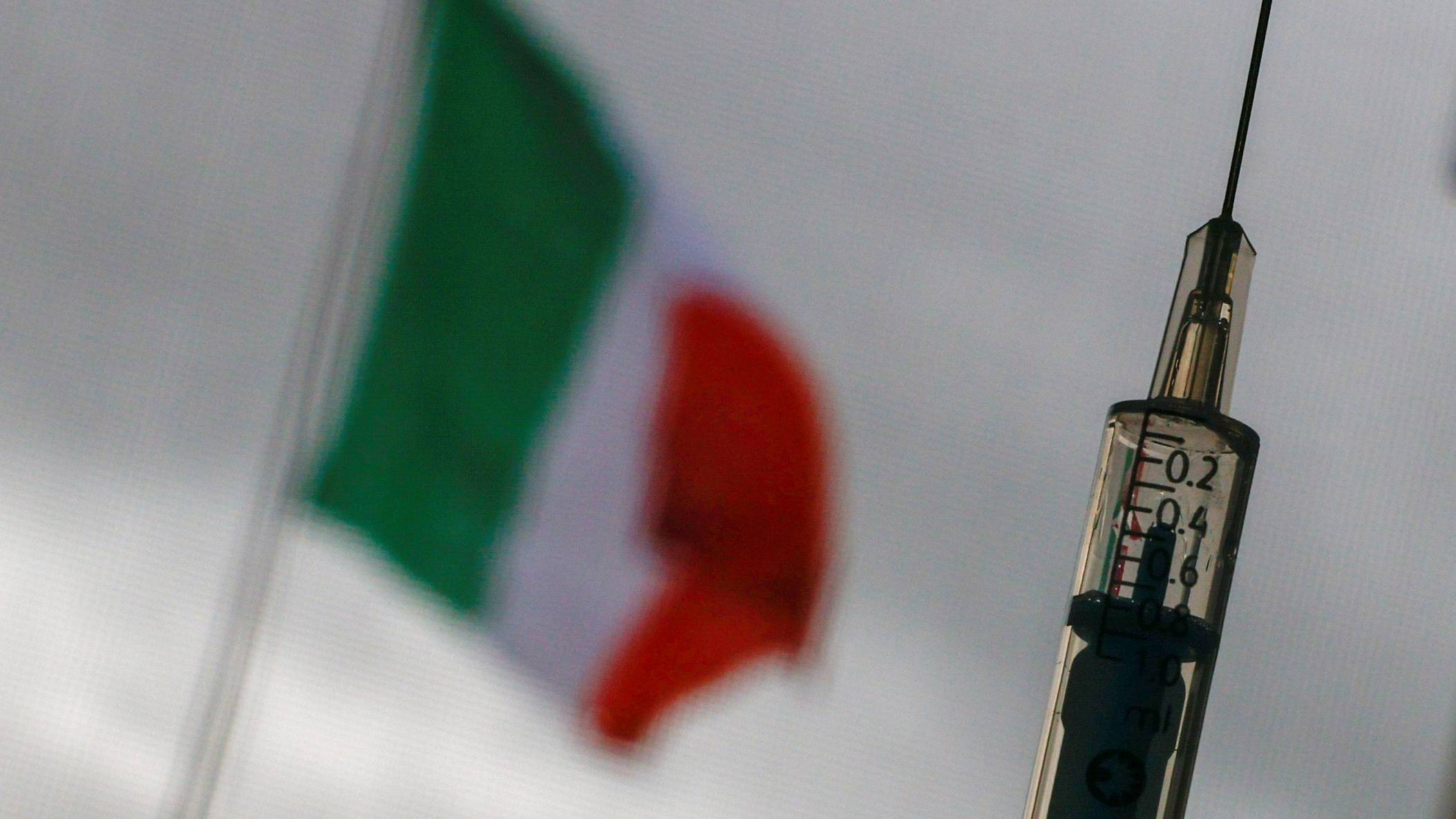 Which countries have suspended the jab?

Luxembourg, Cyprus and Sweden joined 13 other countries in completely suspending the use of the vaccine over clotting issues.

On Friday, Thailand became the first country outside Europe to delay the use of the vaccine but resumed its deployment on Tuesday with the prime minister receiving the first dose. Also outside Europe, the Democratic Republic of Congo and Indonesia have both delayed the start of their vaccination campaigns using the AstraZeneca vaccine, while Venezuela said it would not use the drug.

Bulgaria announced on March 12 the suspension "as a precaution" of injections, the day after the three Nordic countries of Iceland, Norway and Denmark implemented their own temporary bans, while an investigation was being carried out after the death of a vaccinated woman.

However, the Minister of Health said "no link has been established" at this stage with the vaccination which occurred the day before this woman, who was overweight and had undergone several coronary bypass operations.

Italy's northern region of Piedmont on Sunday joined Austria, Estonia, Latvia, Luxembourg and Lithuania in announcing it would stop using a specific batch of AstraZeneca coronavirus shots (ABV5300) after a teacher died following his vaccination. That was followed by a nationwide ban on Monday in the country, while Latvia and Luxembourg also decided to suspend the use of the vaccine altogether.

On Monday, firemen in France's southern Bouches-du-Rhone region also suspended the use of the jab for their staff after signs of negative side-effects. Then in the late afternoon, Emmanuel Macron told reporters France would join its neighbors in a national ban for 24 hours, at least, until the EMA's assessment is revealed on Tuesday.

For its part, Romania has decided to suspend a different batch, ABV2856, due to fears related to the formation of blood clots. 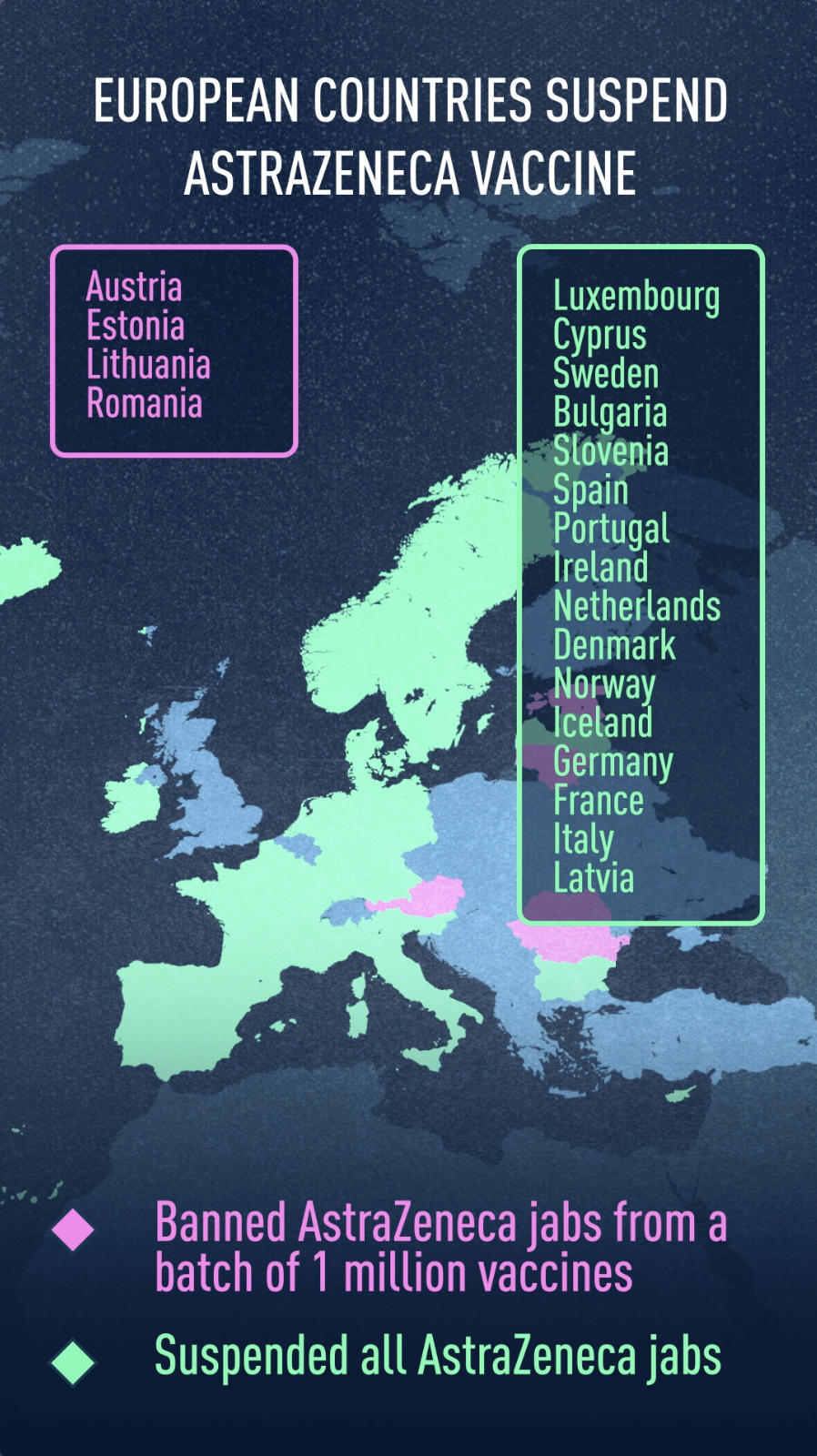 How have AstraZeneca and international health bodies responded?

As of yet, there is no definite link between blood clots and the AstraZeneca jab, according to the vast majority of scientific opinion.

Stephen Evans, of the London School of Hygiene and Tropical Medicine, said: "The problem with spontaneous reports of suspected adverse reactions to a vaccine are the enormous difficulty of distinguishing a causal effect from a coincidence. 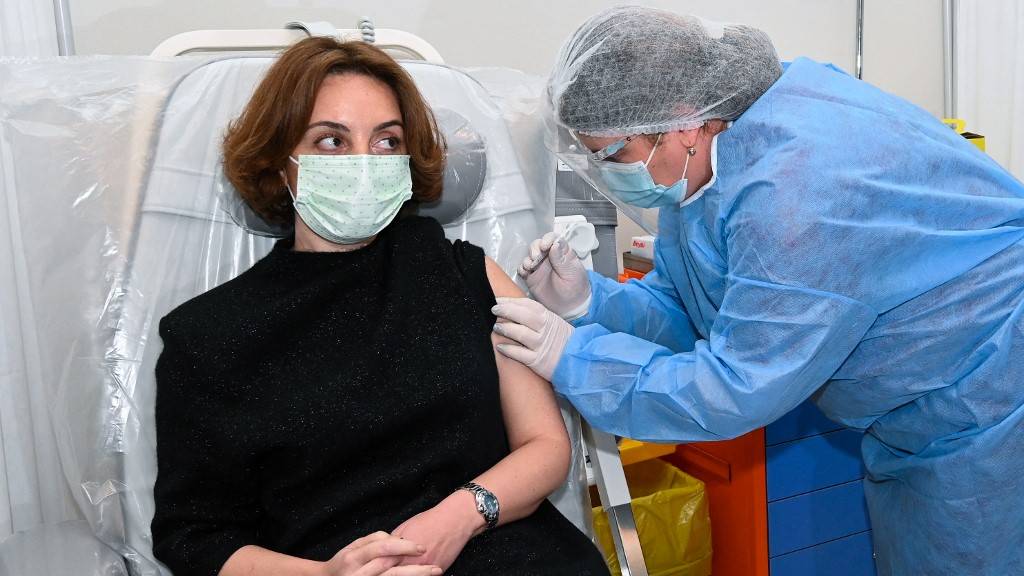 AstraZeneca's safety review of more than 17m people vaccinated with its jab showed no evidence of an increased risk of blood clotting. /Vano Shlamov/AFP

AstraZeneca's safety review of more than 17m people vaccinated with its jab showed no evidence of an increased risk of blood clotting. /Vano Shlamov/AFP

"The first thing to do is to be absolutely certain that the clots did not have some other cause, including COVID-19."

AstraZeneca said on Sunday a safety review of more than 17 million people vaccinated with its jab in the UK and Europe had shown no evidence of an increased risk of "pulmonary embolism, deep vein thrombosis or thrombocytopenia, in any defined age group, gender, batch or in any particular country."

The drugmaker added that there had been 15 events of deep vein thrombosis and 22 events of pulmonary embolism so far, similar to figures from other coronavirus vaccines currently in use.

The EMA has also stressed there is "currently no indication that vaccination caused these conditions," a position mirrored by the World Health Organization on Friday.

However, a review is being carried out into each reported incident, according to the regulator. 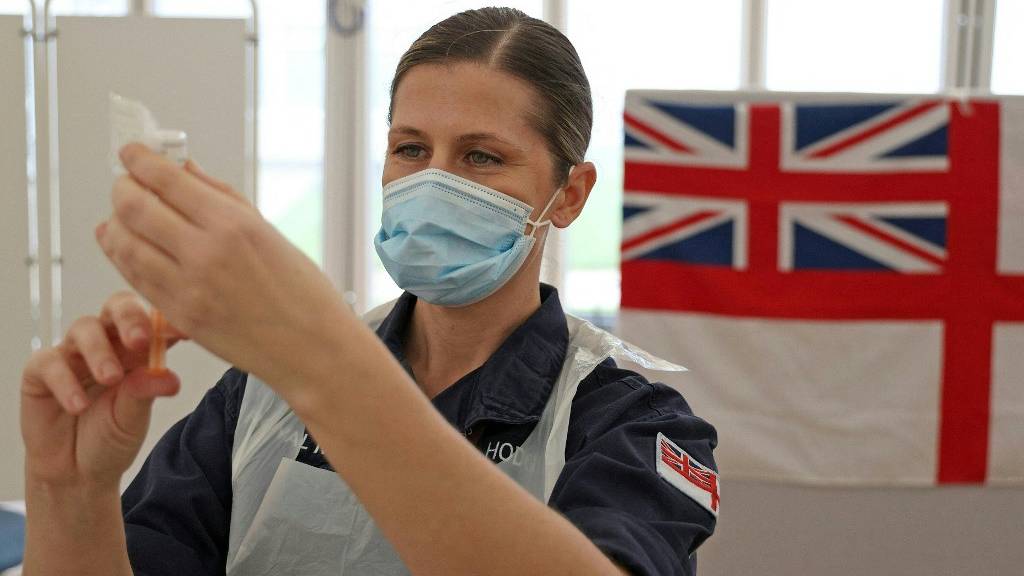 More than one in four Europeans say they wouldn't take the AstraZeneca vaccine, according to a recent YouGov poll. /Adrian Dennis/AFP

More than one in four Europeans say they wouldn't take the AstraZeneca vaccine, according to a recent YouGov poll. /Adrian Dennis/AFP

What is the fallout of suspending the AstraZeneca jab?

The temporary ban on one of the only four coronavirus vaccines approved by European agencies is a serious setback for the EU's struggling vaccination plan.

The AstraZeneca jab's reputation has already been hindered on the continent following a spat between the EU and the British-Swedish company over delayed shipments and European leaders including French President Emmanuel Macron questioning the efficacy of the jab. Germany's Chancellor Angela Merkel refused to have a dose of the vaccine in February as she said it was not recommended for her age group, only for the drug authority to approve its use in over-65s a week later.

The consequent hesitancy towards the UK-made vaccine is now thought to have caused stocks to go unused, with between one in four and one in five Europeans saying they would refuse the AstraZeneca vaccine, according to a recent YouGov poll.

In the Netherlands alone, the temporary ban means around 43,000 vaccination appointments will be canceled at short notice, according to the country's health authorities.

"It is most regrettable that countries have stopped vaccination on such 'precautionary' grounds," said Peter English, a retired British government consultant in communicable disease control.

"It risks doing real harm to the goal of vaccinating enough people to slow the spread of the virus and to end the pandemic."