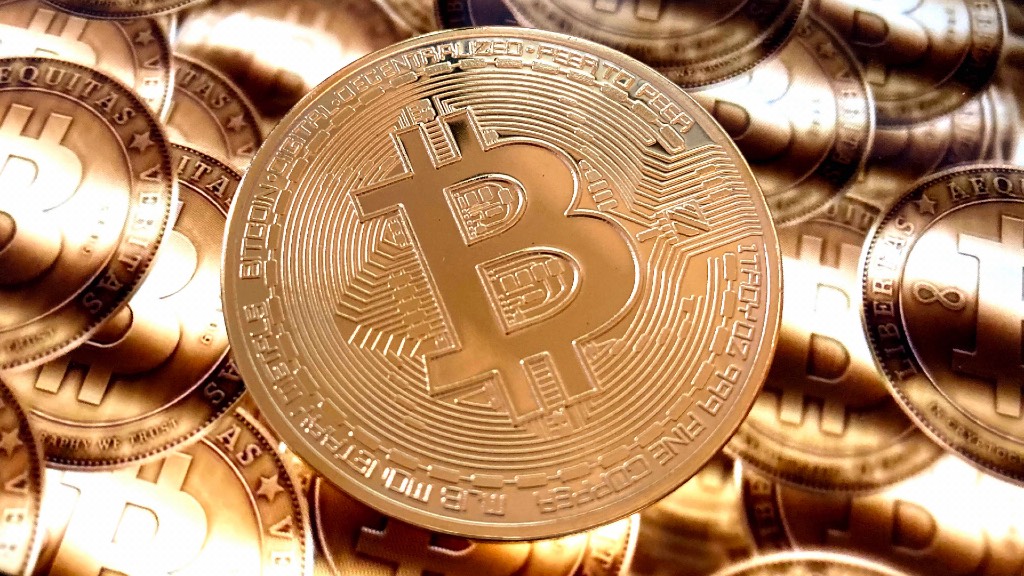 The cryptocurrency's value was worth $20,000 in December, boosted by increasing support from corporate heavyweights. /STRF/Star Max/IPx/AP

The cryptocurrency's value was worth $20,000 in December, boosted by increasing support from corporate heavyweights. /STRF/Star Max/IPx/AP

As Bitcoin – the world's biggest cryptocurrency – surges in value, its potential environmental impact is also coming under closer scrutiny. A Cambridge University tracking system says its power consumption grew 80 percent from the beginning of 2020 and it now uses electricity at a higher rate than Argentina.

The currency has risen sharply this year, broadly outperforming conventional asset classes, partly due to its broader acceptance as a form of payment. On Saturday it crossed a record high of $60,000.

Analysts have attributed its most recent boost to the giant U.S. stimulus package.

Can we trust Big Tech with our data?

Individuals in the U.S. earning up to $75,000 will receive a cheque for $1,400 from this weekend, after President Joe Biden signed his $1.9 trillion COVID-19 rescue plan into law this week.

Neil Wilson, a markets.com analyst, said that in recent days, "Bitcoin went up as investors looked to the imminent arrival of stimulus cheques."

Bitcoin, which was launched in 2009, has tripled in value over the last three months. It has been on an upward trajectory since March last year, when it was worth $5,000. Its value jumped followed an announcement by the online payments giant PayPal that it would allow account holders to use the cryptocurrency.

By December it was worth $20,000, boosted by increasing support from corporate heavyweights, including credit card titan Mastercard.

The recent increase in the currency's value has been more steady, with investors and Wall Street finance giants impressed by its astounding growth. /STRF/Star Max/IPx/AP

The recent increase in the currency's value has been more steady, with investors and Wall Street finance giants impressed by its astounding growth. /STRF/Star Max/IPx/AP

Amid rising customer demand to own and invest in Bitcoin, Goldman Sachs Group recently restarted a cryptocurrency trading desk and started dealing Bitcoin futures this month.

But has all this success come at a rising cost to the environment?

Bitcoins are traded via a decentralized registry system known as a blockchain. The system requires massive computer processing power in order to manage and implement transactions. That power is provided by "miners," who work in the hope they will receive new bitcoins for validating transaction data.

According to the Bitcoin Energy Consumption Index, executing a single bitcoin transaction requires the same amount of energy as the average U.S. home consumes over a three-week period. 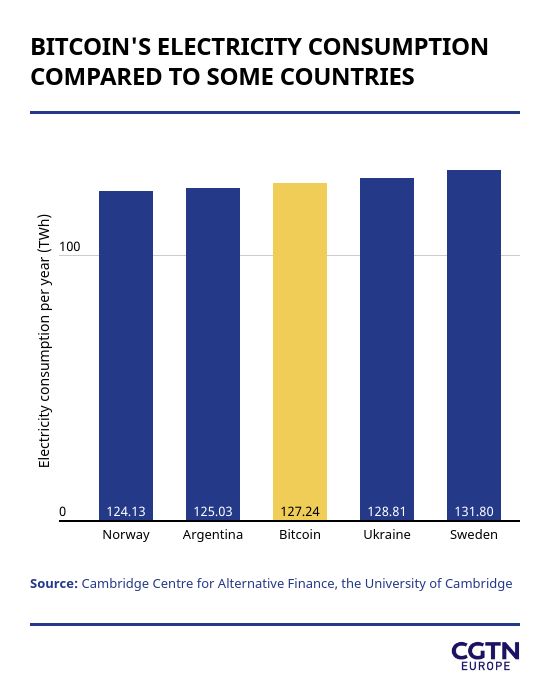 A note on the Cambridge Centre for Alternative Finance website says there is currently little evidence that Bitcoin directly contributes to climate change.

It says: "Even when assuming that bitcoin mining was exclusively powered by coal – a very unrealistic scenario given that a non-trivial number of facilities run exclusively on renewables – total carbon dioxide emissions would not exceed 58 million tons of CO2, which would roughly correspond to 0.17 percent of the world's total emissions." 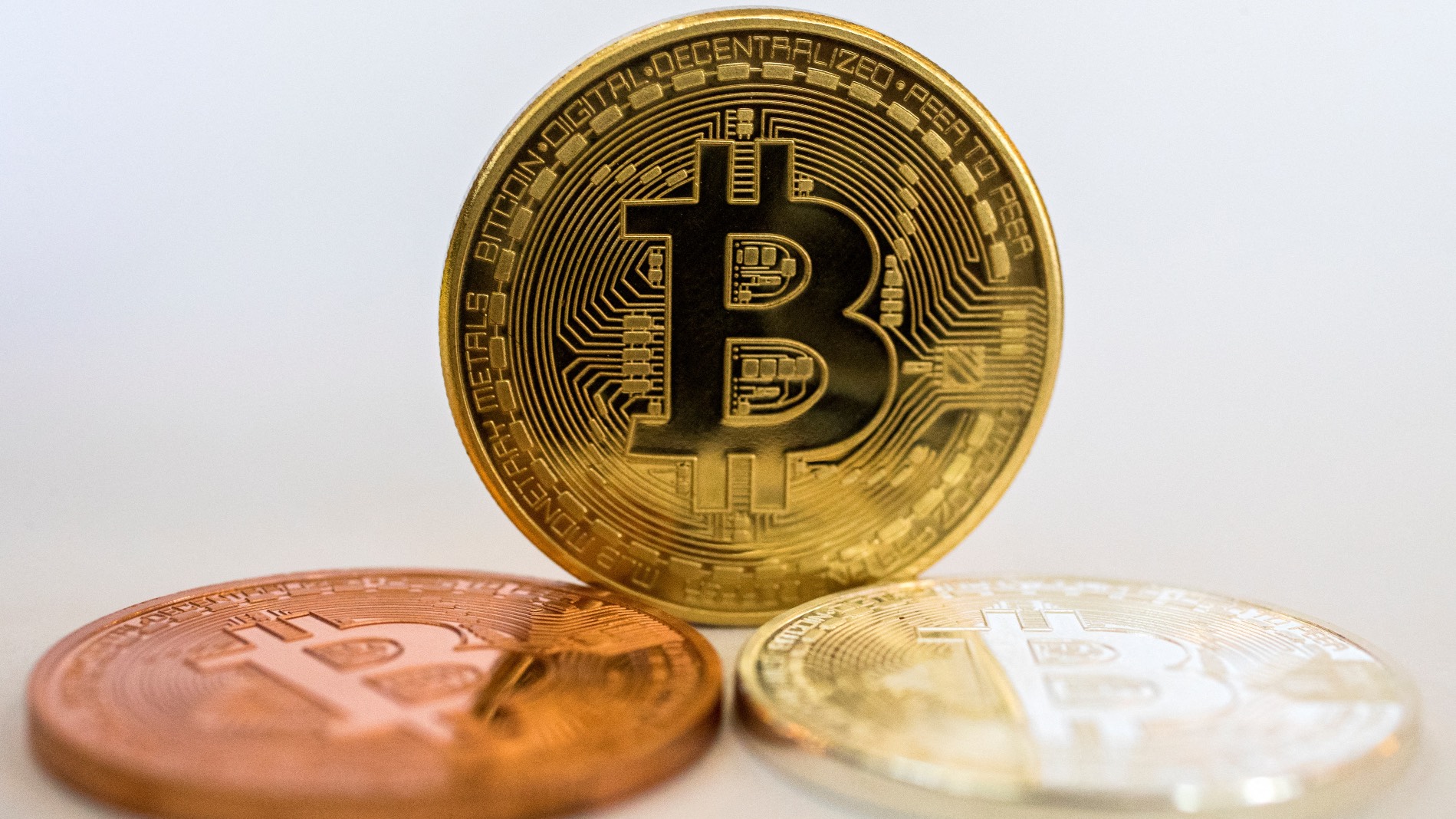 Executing a single Bitcoin transaction requires the same amount of energy that the average U.S. home consumes over a three-week period. /Jack Guez/AFP

Executing a single Bitcoin transaction requires the same amount of energy that the average U.S. home consumes over a three-week period. /Jack Guez/AFP

The virtual currency accounts for 0.58 percent of the world's total annual electricity consumption of 20,863 TWh.

And at 127.24 TWh per year, Bitcoin consumes more electricity than Argentina's 125.03 TWh per year, according to U.S. Energy Information Administration country data.

The Cambridge Bitcoin Electricity Consumption Index also shows the amount of electricity consumed by the bitcoin network in one year could power all tea kettles used to boil water for 28 years for the entire UK.

Some experts argue that as long as Bitcoin mining uses renewable energy, it is not a problem, and digital currencies seem to be moving towards using green energy.