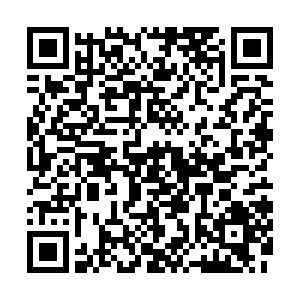 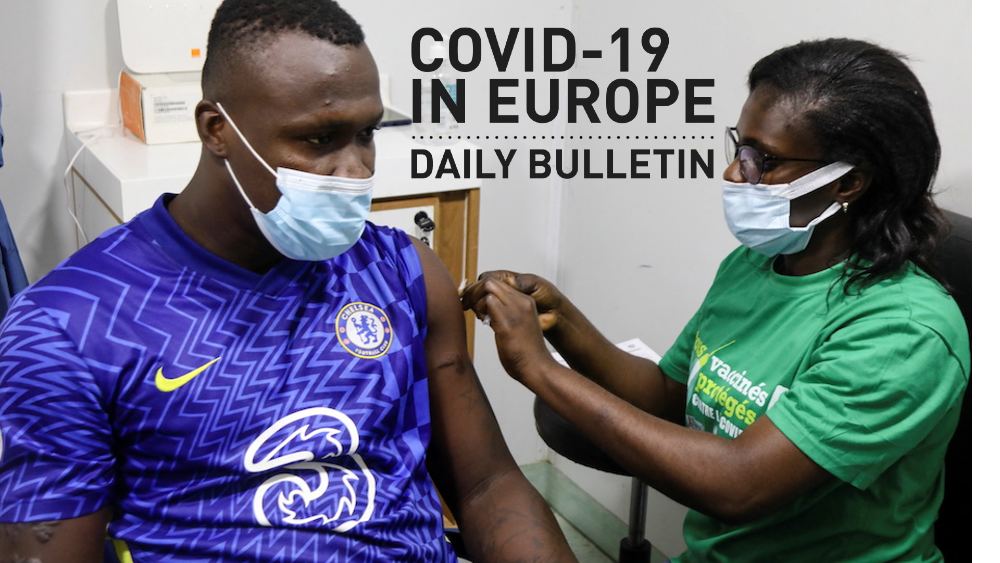 A football fan gets his vaccine before watching Cote D'Ivoire play in the Africa Cup of Nations against Equatorial Guinea. /Luc Gnago/Reuters

A football fan gets his vaccine before watching Cote D'Ivoire play in the Africa Cup of Nations against Equatorial Guinea. /Luc Gnago/Reuters

· France will lift its ban on travelers from the UK on Friday. The French tourism minister has confirmed British tourists who are fully vaccinated will be allowed to enter the country once more. Jean-Baptiste Lemoyne tweeted: "We are relaxing the entry conditions in France from the UK for vaccinated travelers. End of isolation on arrival. A negative test 24 hours before departure will be requested."

· Tunisia's Islamist-inspired Ennahda party has reiterated calls for demonstrations on Friday marking the anniversary of the country's revolution, defying tightened coronavirus restrictions it says are politically motivated. Ennahda is the biggest party in a parliament that was suspended by President Kais Saied in July 2021 and has staged a string of protests against the premier.

· UK Prime Minister Boris Johnson courted ridicule yesterday by offering a quasi-apology for "reports" of a party in his official residence and office in 2020 when such gatherings of more than two people were illegal under COVID laws. He admitted going to the event but claimed he was under the impression it was a "work event," which remained legal. Senior members of his own party have called for Johnson's resignation, but it seems unlikely as Cabinet ministers supported Johnson in public.

· Spain will cap prices for rapid coronavirus tests and open up its booster shot program to everyone over the age of 18, the health minister said on Thursday, a day after data showed the rampant spread of the Omicron variant might be starting to slow. Carolina Darias said that from Saturday, antigen tests, which are only available in pharmacies and not for sale in supermarkets, would sell for a maximum of $3.37, bringing prices closer in line with other European countries. It comes as other nations consider ending free testing.

· A gene study by Polish scientists claims to have discovered which patients are most likely to have a predisposition to catching the virus. The researchers from the Medical University of Bialystok found that the gene was the fourth most important factor determining how seriously a person suffers from COVID-19, after age, weight and gender. The gene is present in around 14 percent of the Polish population, but only up to 9 percent across Europe and 27 percent in India, said Marcin Moniuszko, the professor in charge of the project.

· Huge numbers of French teachers went on strike Thursday, with the biggest teachers' union saying half of primary schools were closed as staff demanded clarity from the government on coronavirus measures. "The government announces things, but no one thinks about what it means for staff on the ground," Olivier Flipo, the head of a Paris school, said. "They're asking hellish things of us and it's all going to the dogs." "We'velistened and made changes," government spokesman Gabriel Attal told reporters after a cabinet meeting Wednesday, acknowledging "weariness" among both parents and teachers.

· Poor nations around the world have been forced to "reject" 100 million doses of COVID-19 vaccines, according to the international COVAX effort, because they lack the cold storage facilities and transport networks needed to use the jabs before they become unsafe. Many vaccines need to be kept cold, but even those with higher working temperatures have "use by" dates. The doses rejected in December all came with a very short shelf-life and therefore were judged to be likely wasted if they were imported.

· Greek tennis star Stefanos Tsitsipas accused men's World Number One Novak Djokovic of "playing by his own rules" and making those who followed Australia's strict entry rules "look like fools." Djokovic is still slated to play in the Australian Open, despite the ongoing furore over his visa submission, which Djokovic has now admitted was not accurate. Australia requires all entrants to be fully vaccinated against COVID unless they are medically exempt.

· Fashion retailer Next has cut sick pay for unvaccinated staff who are forced to isolate and miss work when they are identified as close contacts of someone with the virus. It said those who test positive will still be paid. The firm acknowledged the "emotive topic" but said it was forced to balance staff and shareholder interests.