Download
The pandemic in 2022: What's the state of play with COVID-19?
Elizabeth Mearns 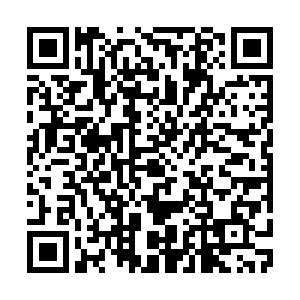 The COVID-19 pandemic has reached all parts of the planet, with nearly 300 million registered cases and 5.5 million deaths. With many symptomless cases and patchy reporting, the actual statistics are probably much higher.

One year ago, there was much hope and fanfare as the world began to roll out the much-anticipated and ambitious vaccine drive – the fastest in history. In 2021, at least 197 countries administered more than 9 billion doses of COVID-19 vaccines, but the pandemic remains far from over.

Progress of the global vaccine roll-out has been uneven and hampered by supply issues, export bans and vaccine hoarding as richer nations scrambled to secure limited supplies. 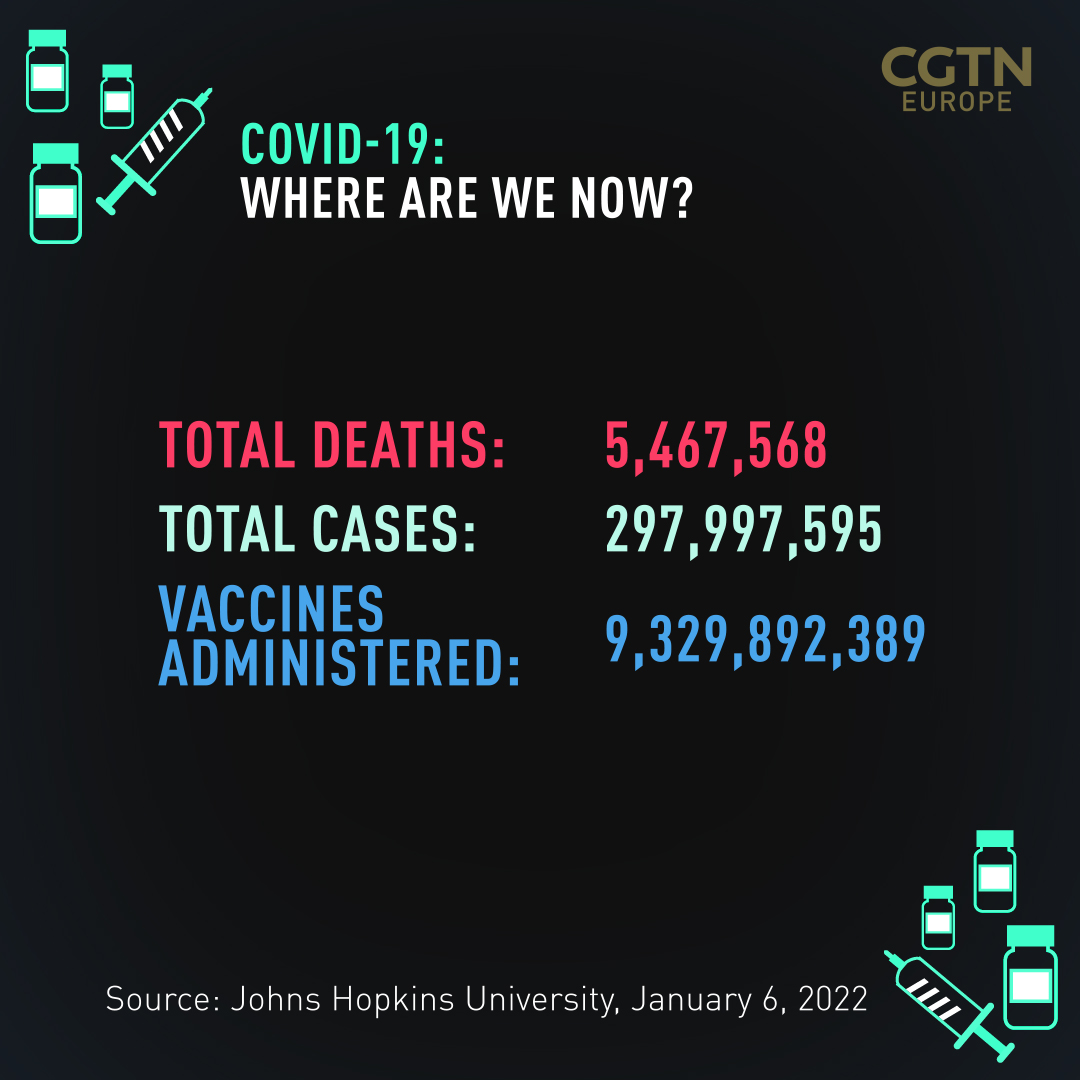 During 2021, Europe rolled out an ambitious vaccine effort with many countries reaching the important 70 percent of their populations, which scientists believe will give herd immunity and beat the virus. But within Europe, the picture is mixed. Countries such as Spain, Denmark and the UK have fully vaccinated more than 85 percent of their populations, while smaller nations such as Gibraltar have reached 100 percent.

However, several European countries are struggling to protect their people, notably some Eastern European states where vaccination rates are still less than 50 percent. Earlier in 2021, problems of vaccine supply hampered countries including Bulgaria, Romania and Bosnia and Herzegovina, but, according to the British Medical Journal, efforts have also been dogged in Bulgaria by mistrust of the government, corruption scandals and a lack of trust in the vaccination program – which has been amplified by social media.

Romania's government also struggled with vaccination levels at less than half the EU average through 2021, as communication efforts failed to motivate the population or engage marginalized communities such as the Roma, who make up around 10 percent of the population and who are often vaccine-hesitant. That prompted a European Commission vaccination campaign in December 2021 to support the efforts of national authorities in Romania. 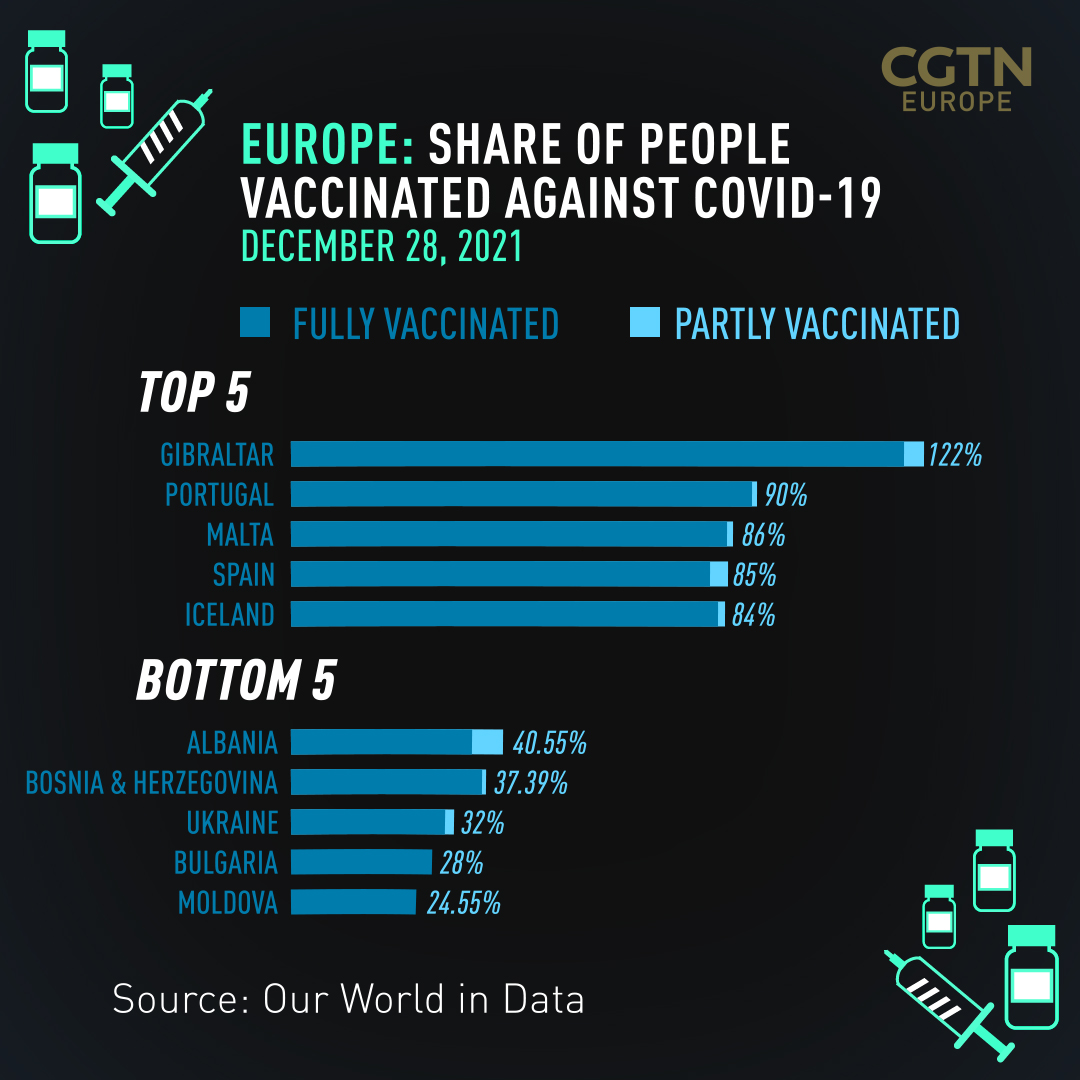 By the start of 2022, 75 percent of COVID-19 vaccines had been distributed in just 10 of the world's countries. This disparity has led to large swaths of the world remaining unvaccinated. The World Health Organization, GAVI and CEPI are leading the COVAX initiative attempting to ensure vaccines reach people around the world. Amid vaccine nationalism, export bans and supply chain issues, it has failed to reach its vaccination goals: the initial target of delivering 2.2 billion doses by January 2022 was reduced in September to 1.4 billion.

In May 2021, World Health Organization (WHO) Director-General Tedros Adhanom Ghebreyesus predicted: "The longer we wait to provide vaccines, tests and treatments to all countries, the faster the virus will take hold, the potential for more variants will emerge, the greater the chance today's vaccines could become ineffective and the harder it will be for all countries to recover."

Unfortunately his warning was unheeded and the virus rampaged through unvaccinated populations, mutating many times, and more dangerous variants have emerged. In India in early 2021, what became known as the Delta variant appeared. More easily transmittable and much more deadly, it soon spread to Europe and the world to become the dominant strain by late 2021.

In January 2022, most of Europe and the U.S. are facing massive disruption trying to navigate the new Omicron variant, which emerged in central Africa and was first sequenced in South Africa in November 2021. Disturbing mutations make Omicron much more transmissible and within two months it has become a dominant strain around the world. Again, COVID-19 has damaged rich economies and threatens to put Europe's healthcare systems under immense strain.

The economic cost of vaccine nationalism

The consequences of not controlling COVID-19 go beyond health security and deaths. The failure to contain the pandemic is also an economic headache. In early 2021, a study commissioned by the International Chamber of Commerce Research Foundation found that the global economy stood to lose as much as $9.2 trillion if countries pursued a policy of vaccine nationalism and failed to protect poorer nations. As much as half of the loss would fall on the advanced economies blocking vaccine distribution, it warned.

In a statement in October 2021, the UN Conference on Trade and Development said the pandemic "will continue to undermine global and regional supply chains … unless vaccine access is boosted in developing countries given that production systems are interconnected." 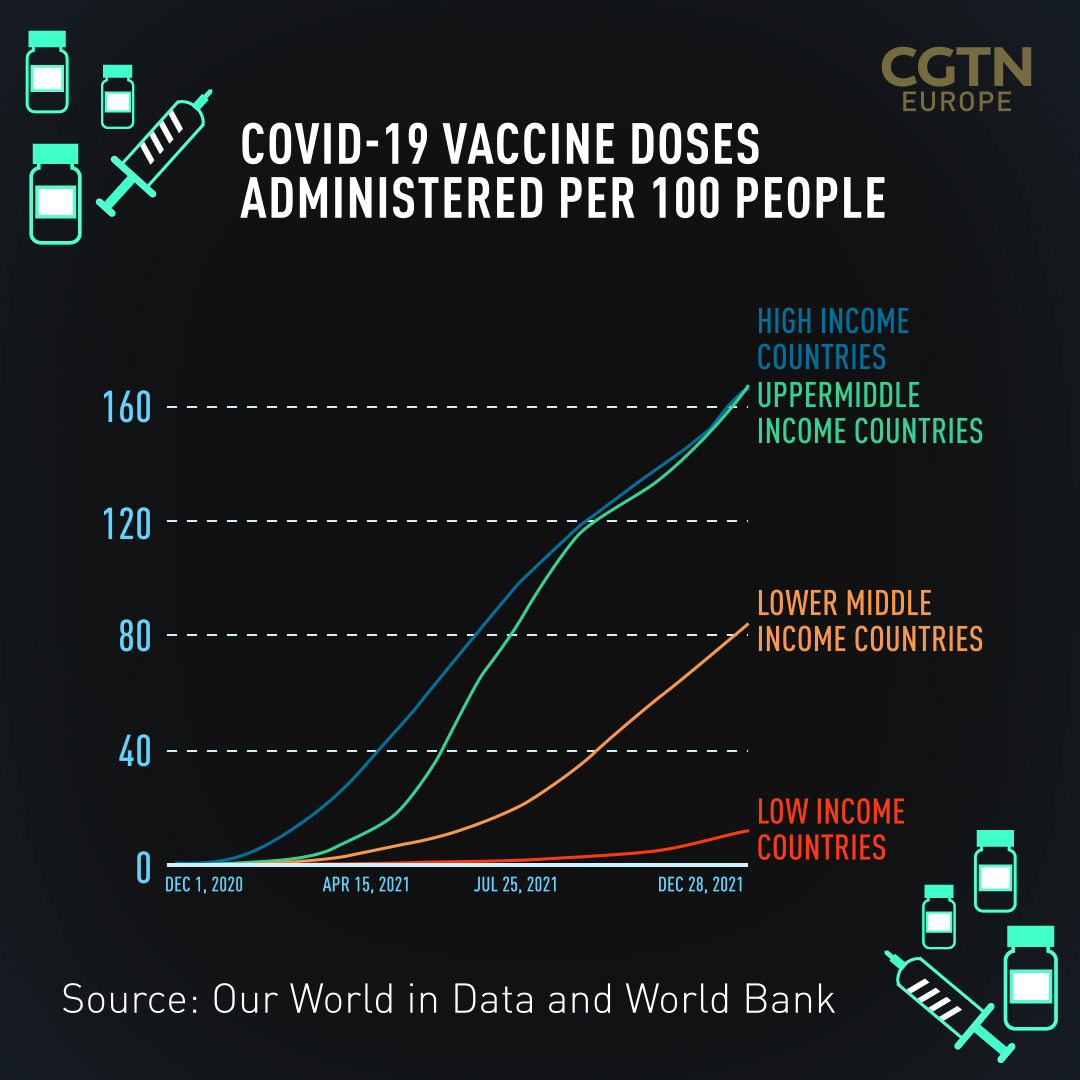 In January 2022, the world is still fighting the pandemic but important lessons have been learnt about how interconnected countries are.

Prominent scientists agree the solution to beating the coronavirus lies in the ability to collaborate and finance the global vaccination drive. There is a general agreement that the key lesson for 2022 is that countries must share knowledge, resources and expertise, while healthcare workers and governments must communicate effectively with their populations – including those marginalized communities for which access to healthcare may be difficult. The challenge will be implementing that lesson.

Another glaring inequality highlighted in the past year has been the manufacture of vaccines, which is concentrated predominantly in the U.S. and Europe. Many are calling for an effective transfer of technology and a strengthening of the manufacturing processes so that vaccines can be distributed more equitably in the future.