Download
How, where and when did the coronavirus pandemic start? WHO report points to answers
Thomas Wintle 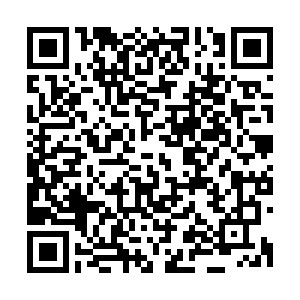 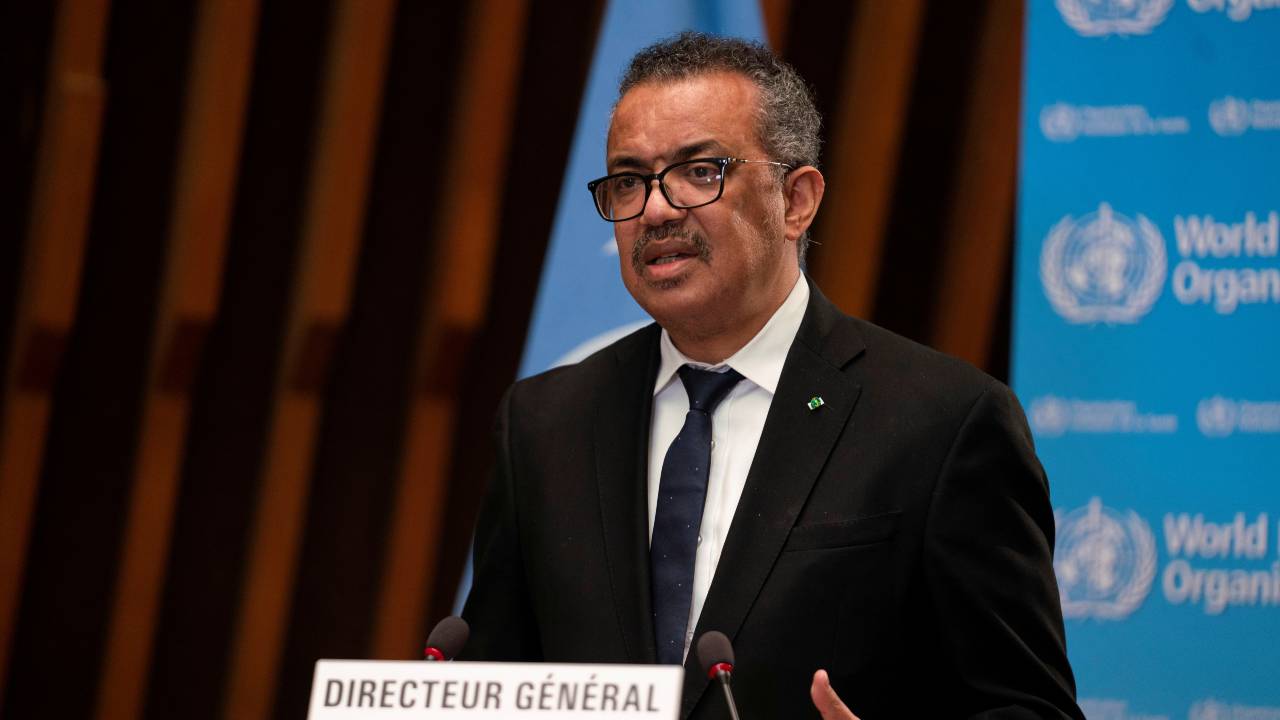 The World Health Organization has released its long-awaited report on the origins of COVID-19. /Christopher Black/WHO/Handout via Reuters

The World Health Organization has released its long-awaited report on the origins of COVID-19. /Christopher Black/WHO/Handout via Reuters

The COVID-19 pandemic probably began after the virus was transmitted to humans via at least two animal species, a long-awaited report from the World Health Organization states.

The study said it was "extremely unlikely" the origin was a leak from a laboratory but also suggests two other possible routes to infecting people.

The report marks a key step in addressing questions around the genesis of a virus that has killed 2.7 million people worldwide, highlighting important areas for further investigation. Here is a summary of the key areas. 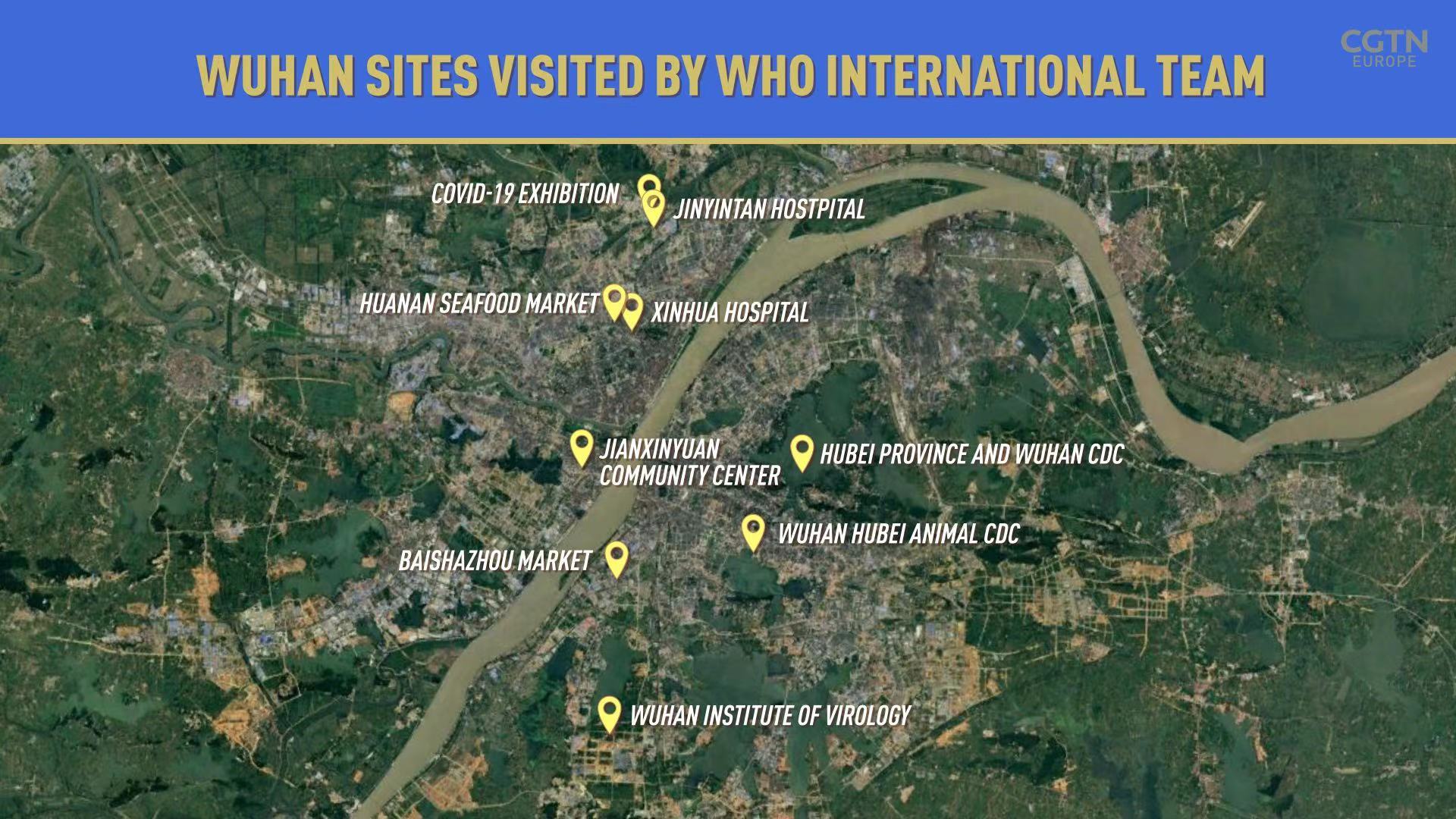 How was the virus transmitted?

The researchers, made up of 17 Chinese and 17 international experts, compiled the report during field research in Wuhan in January, studying four different scenarios in order of likelihood for being the source of the new coronavirus.

First, that the virus emerged in one animal species and then was transferred to another before reaching humans, a scenario deemed "likely to very likely";

Second, it was transmitted directly from a species, in which it evolved, to humans. This was assessed as "possible-to-likely";

Third, it was transmitted to humans from infected frozen animal products, described as "possible";

And last, that the virus spread to humans from a laboratory, seen to be "extremely unlikely".

Bats or pangolins are the most likely mammals to have begun the outbreak, the scientists concluded. 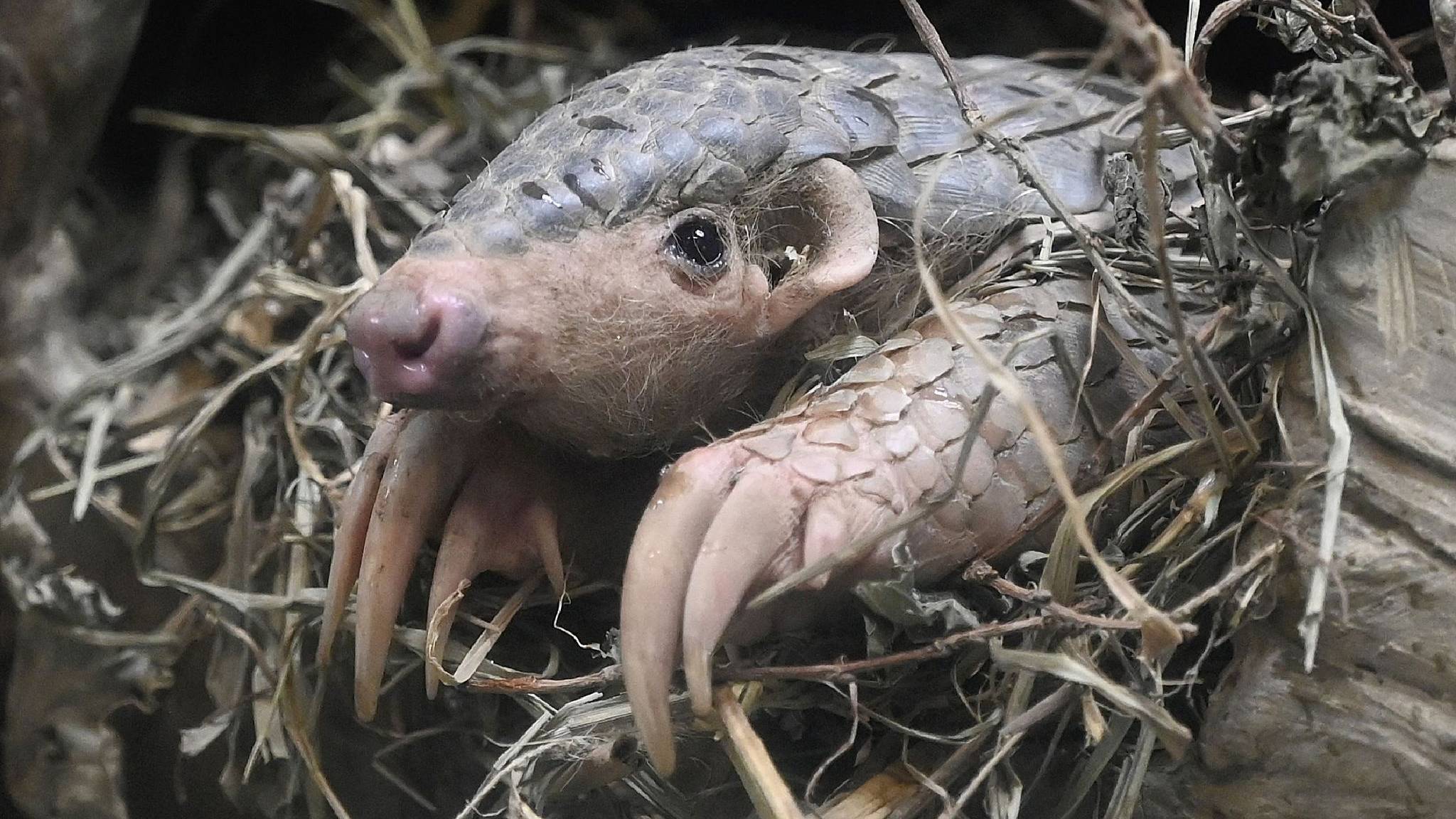 The WHO study said so far, the coronaviruses most highly related to SARS-CoV-2 were found in bats and pangolins. /CFP

The WHO study said so far, the coronaviruses most highly related to SARS-CoV-2 were found in bats and pangolins. /CFP

The study said so far, the coronaviruses most highly related to SARS-CoV-2 were found in the two species, "suggesting that these mammals may be the reservoir of the virus that causes COVID-19."

But it said neither of the viruses from these species was "sufficiently similar" to COVID-19 to be definitively considered its source.

The researchers studied more than 80,000 wildlife, livestock and poultry samples from 31 provinces in China, but no positive results were identified for the SARS-CoV-2 antibody before and after the virus's first outbreak.

But the report did say the high susceptibility of mink and cats to the virus suggested additional species of animals may have acted as a potential reservoir.

One of the theories largely dismissed by the WHO – but promoted by former U.S. President Donald Trump – was that the virus's spread was the result of leak from one of Wuhan's biosecure laboratories.

The researchers concluded laboratory accidents were rare in China, adding that Wuhan's facilities were well-managed and there was no record of viruses closely related to the coronavirus in any laboratory before December 2019.

Where was the virus found?

The report was inconclusive on whether the first outbreak of the virus started at a Wuhan seafood market, which saw one of the earliest clusters of human cases in December 2019.

It said many of the early cases of COVID-19 were associated with Wuhan's Huanan market, but a similar number of cases were linked to other markets and some were not associated with any markets at all.

That could suggest, according to the report, that "the Huanan market was not the original source of the outbreak."

"The role of the market, as either the source of the initial transmission of the virus to humans or as an amplifier of the early epidemic, was unclear," it concluded. 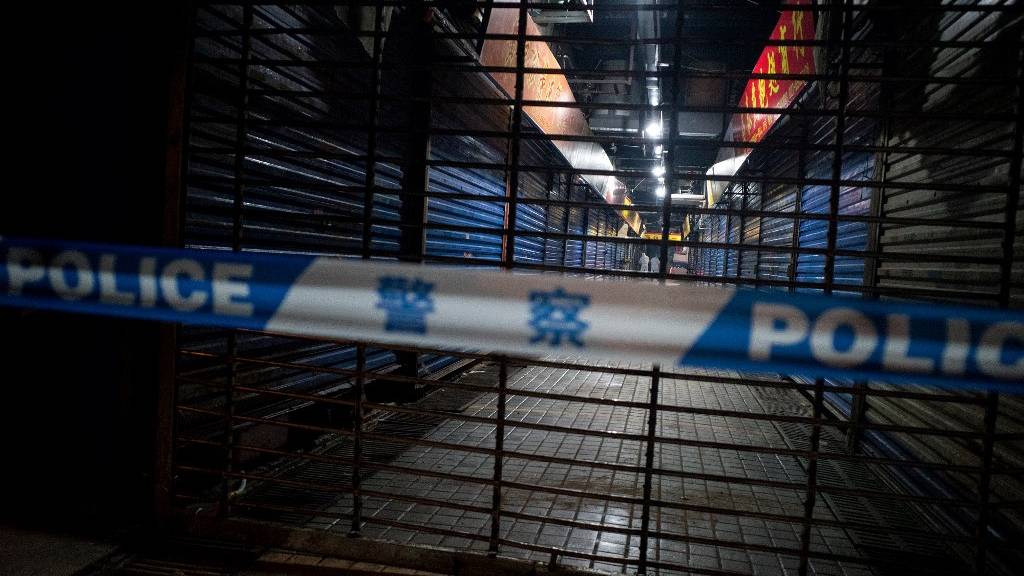 Members of staff of the Wuhan Hygiene Emergency Response Team conduct searches on the closed Huanan Seafood Wholesale Market in the city of Wuhan. /Noel Celis/AFP

Members of staff of the Wuhan Hygiene Emergency Response Team conduct searches on the closed Huanan Seafood Wholesale Market in the city of Wuhan. /Noel Celis/AFP

The report added that the suggestion an infected animal contaminated "cold-chain" food products, which were then brought into Wuhan, was "a possible pathway."

The researchers said the virus had been found to persist in conditions found in frozen food, packaging and cold-chain products, having been discovered on packages and products from other countries that supply China.

The study said this indicated the virus could be carried long distances on cold-chain products, adding that more work was needed to establish whether the coronavirus first emerged in Wuhan, elsewhere in China or in another country.

When did the virus emerge?

According to the report, the virus probably emerged some time in the months before December 2019, but it was not widely detected in Wuhan until mid-December.

It said the most recent ancestors of the virus ranged from late September to early December, but most estimates were between mid-November and early December.

Looking at data from China's National Notifiable Disease Reporting System on more than 76,000 records of cases of respiratory conditions in October and November 2019, the researchers found 92 cases were considered to be compatible with the virus.

However, none was found to be directly related to SARS-CoV-2 infection. 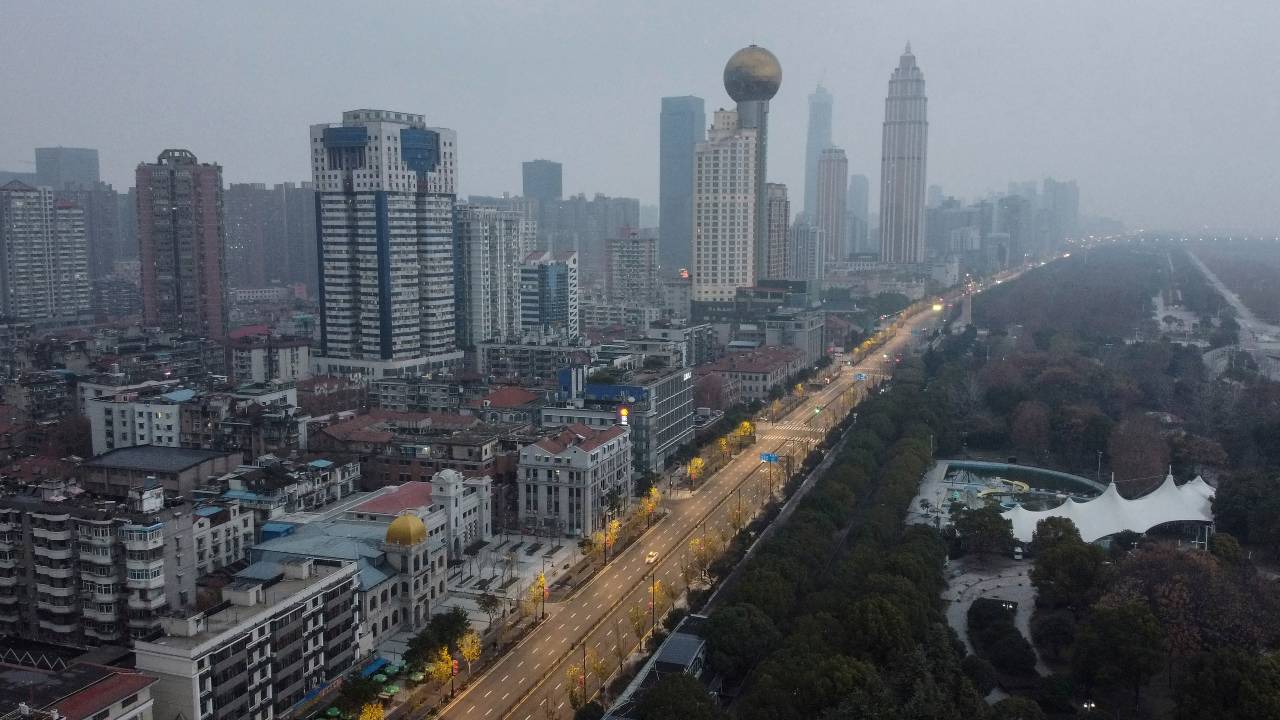 Some suspected positive samples of COVID-19 were detected even earlier than the first case in Wuhan, suggesting the possibility of missed circulation in other countries. /Hector Retamal/AFP

Some suspected positive samples of COVID-19 were detected even earlier than the first case in Wuhan, suggesting the possibility of missed circulation in other countries. /Hector Retamal/AFP

As a result, the report concluded it was considered unlikely that any considerable transmission of the infection occurred in Wuhan during those two months.

Finally, the team looked at data from different countries that could suggest an earlier circulation of the coronavirus, finding that it could have preceded the initial detection of cases by several weeks.

The report said some of the suspected positive samples were detected even earlier than the first case in Wuhan, suggesting the possibility of missed circulation in other countries. They called for further investigation into this area.

Offering his gratitude to the experts, WHO Director-General Tedros Adhanom Ghebreyesus said on Tuesday that, despite the report's findings advancing the understanding of coronavirus in important ways, it also raised "further questions" that would need to be addressed by more analysis.

Some of the key unanswered questions in the report included exactly which animal first carried the virus, who was the first human to contract the coronavirus, and whether or not it can be transmitted in food. 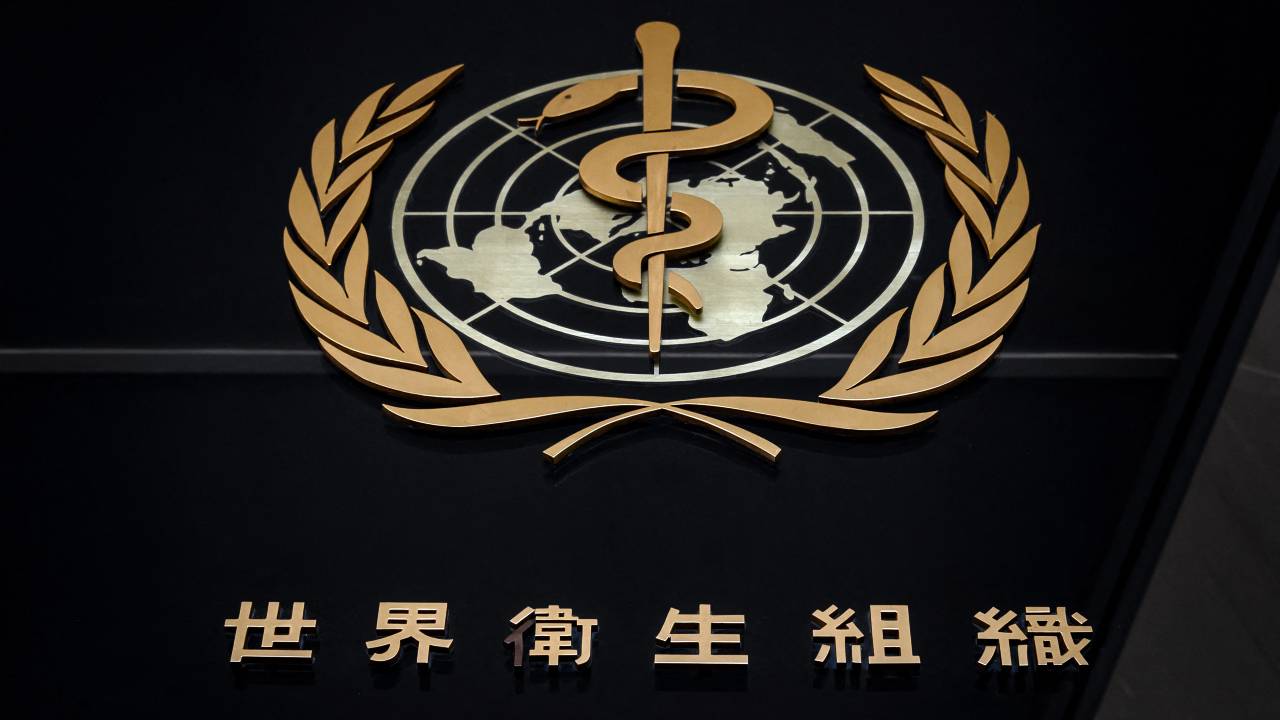 The logo of the World Health Organization written in Mandarin at the entrance of the body's headquarters in Geneva. /Fabrice Coffrini/AFP

The logo of the World Health Organization written in Mandarin at the entrance of the body's headquarters in Geneva. /Fabrice Coffrini/AFP

The report laid out several recommendations for further analysis – for example, tracing frozen products back to the Huanan market from suppliers.

"I welcome the recommendations for further studies to understand the earliest human cases and clusters, to trace the animals sold at markets in and around Wuhan and to better understand the range of potential animal hosts and intermediaries," said Adhanom Ghebreyesus.

As for discovering the exact source of COVID-19, it will likely be some time before scientists can answer that question. After more than 40 years of study, scientists are still unable to pinpoint the species of bat that spread the Ebola virus.

"We have not yet found the source of the virus and we must continue to follow the science and leave no stone unturned as we do," concluded the WHO chief. "This report is a very important beginning, but it is not the end."