Where did COVID-19 come from? The 40-year gap in the virus's origins
Giulia Carbonaro 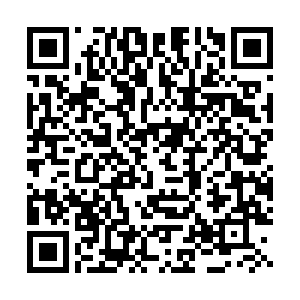 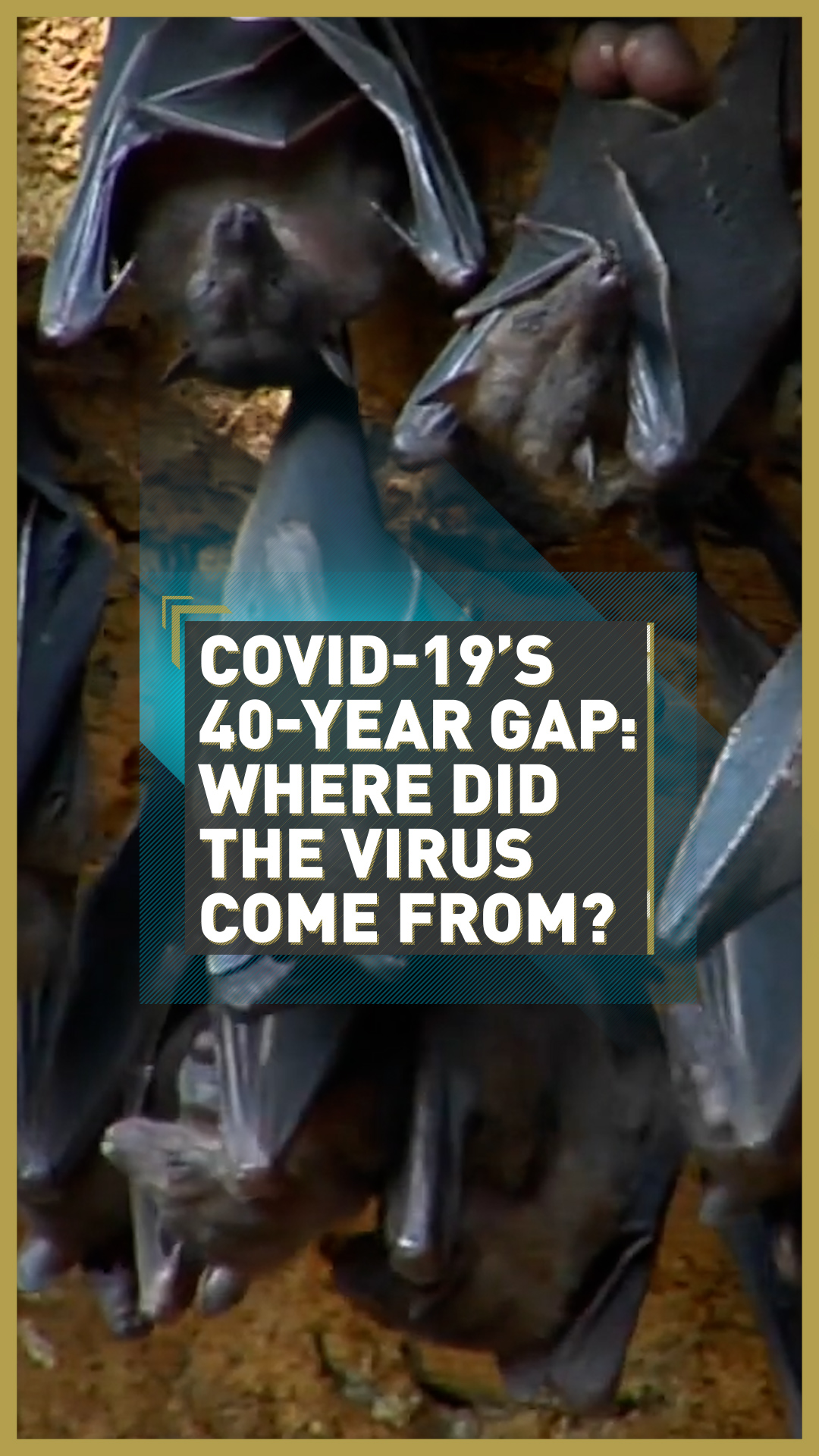 Since the beginning of the COVID-19 pandemic, experts around the world have been looking for the origins of the virus outbreak.

The novel coronavirus was first officially identified in humans in Wuhan, China, at the end of December 2019. But later discoveries found the presence of the virus in Spain, Italy and the U.S., suggesting that it might have been circulating among the human population earlier in the year, before the first cases were officially noted.

But where did COVID-19 initially come from? The hunt for the source of the virus is ongoing. Scientists have identified a missing 40 years or more in the timeline of the evolution of the virus from the closest known version in bats and its discovery in humans, a gap that experts are struggling to fill.

What scientists agree on

"What we know for sure is that there is a single point of origin for the SARS-CoV-2 or COVID-19," explains Adrian Rabe, an epidemiologist at Imperial College London, UK.

"The reason for this is that all the samples collected so far from China, even from far away – the U.S. and Europe – all have very, very similar sequences, all pointing to the fact that it came from one single point of origin."

To the best of our current knowledge, the COVID-19 pandemic started with the transmission of the virus from an initial animal host, likely a bat, to an intermediate host, possibly a pangolin, before infecting humans.

"If you go to the origin of this kind of coronavirus, then I think common sense is that bats are the original reservoir," says Martin Beer, a virologist at the Federal Research Institute for Animal Health in Greifswald, Germany.

"The question is now, how did this virus jump to humans, becoming a pandemic? And I think that it's much more difficult." 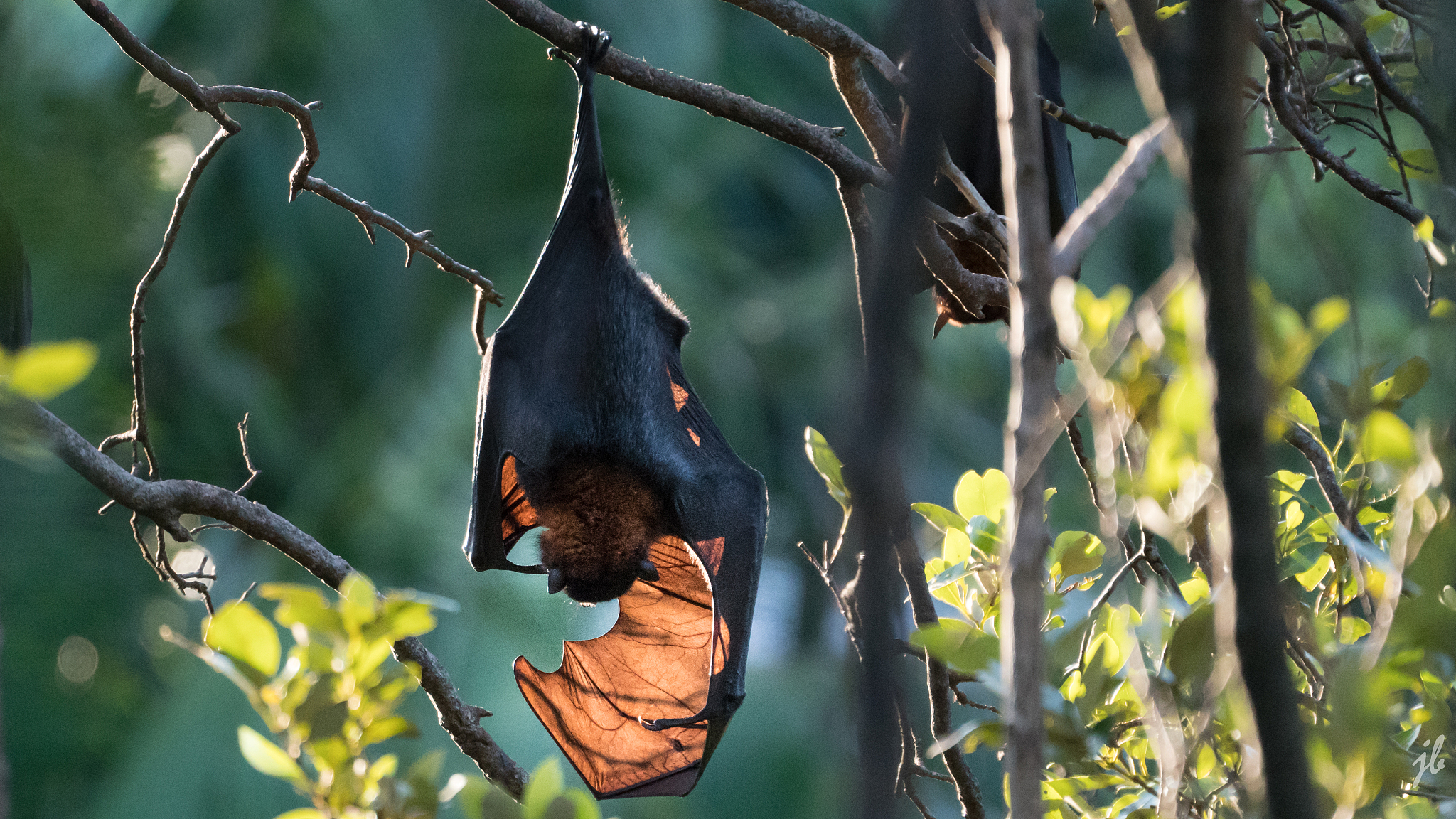 The animal source of SARS-CoV-2 has not yet been confirmed, but it is likely to have its ancestral origins in a bat species. /James Brownlie/500px/via VCG

The animal source of SARS-CoV-2 has not yet been confirmed, but it is likely to have its ancestral origins in a bat species. /James Brownlie/500px/via VCG

In the case of SARS in 2004, two species of wild animals, civet cats and raccoon dogs, were found to be the most likely intermediate host for the virus outbreak. "If we look at the related viruses for SARS-CoV-2, there we have another species, the pangolin," says Beer.

"However, if you look at the sequences, you see there are some differences and there is a paper saying evolution is 30, 40, 50 years away from the actual SARS-CoV-2."

According to a recent study published in Nature, the SARS-CoV-2 virus currently circulating among people must have diverted at least 40 years ago and probably up to 80 years ago from the coronaviruses so far found in bats and pangolins – the ones with the greatest similarity in terms of sequence identity to SARS-CoV-2.

"So there is a gap," says Beer. "And the question is, which species is filling the gap?"

What happened before detection of the initial cases?

Where and how the virus evolved before infecting humans remains a mystery. The so-called animal reservoir of the virus is still unknown. It could have mutated in bats, or in an intermediary host – both options are plausible and still not definitely proved. Experts need more samples and more evidence to support this theory.

Several animal species have proved highly susceptible to the virus, including domestic cats, ferrets, hamsters and mink. We have seen from the case of the millions of mink infected with a COVID-19 mutation in fur farms in Denmark that humans and mink can infect each other through direct contact – without people having eaten a mink.

"Mink is held for fur production, and it's highly susceptible," says Beer. "It's spreading the virus and it has even been shown that they can transmit the virus back to humans. So these fur animals, I think, are good candidates to have a closer look at [as possible intermediate hosts]." 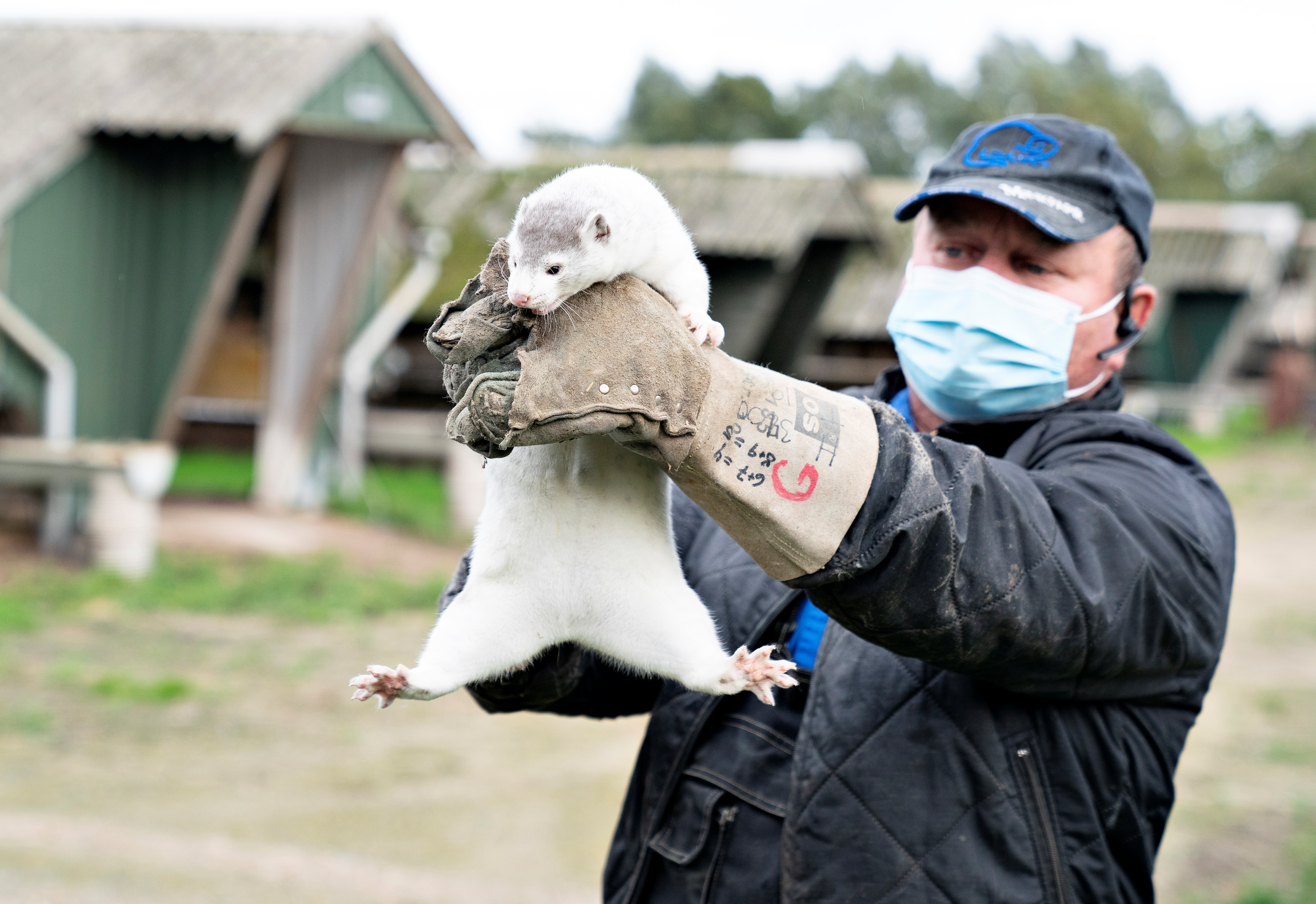 Around 17m mink sick with a COVID-19 mutation were culled in Denmark in November. /Henning Bagger/Ritzau Scanpix/via Reuters

Around 17m mink sick with a COVID-19 mutation were culled in Denmark in November. /Henning Bagger/Ritzau Scanpix/via Reuters

According to Beer, it would have been easier for the virus to transmit across a farmed animal population, due to the high number of animals and the close contact between them.

But experts are also looking into the possible role of cats, which have been found to be easily infected with SARS-CoV-2 and can transmit the virus to other cats, as reported by the WHO. 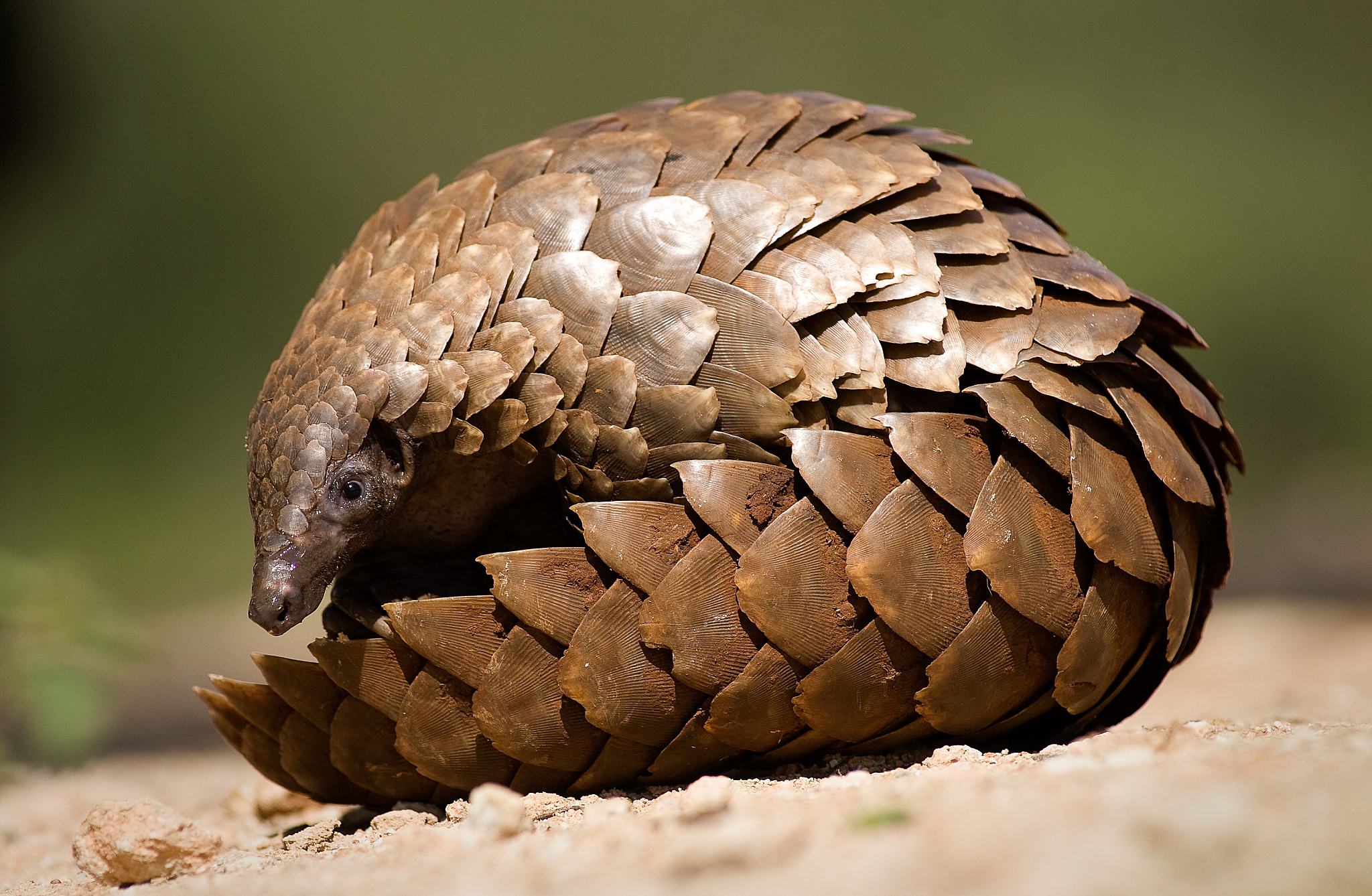 Scientists have found that pangolins could have been a possible intermediary host for SARS-CoV-2. /Deon De Villiers/500px/via VCG

Scientists have found that pangolins could have been a possible intermediary host for SARS-CoV-2. /Deon De Villiers/500px/via VCG

Identifying possible animal intermediate hosts of the virus could be fundamental to stopping the spread of the virus.

"A very good example of how this has happened in the past is MERS-CoV or Middle East Respiratory Syndrome coronavirus," says Rabe.

"We found out that that virus was transmitted also by dromedary camels and that's why it continues to be a source of infection in the Middle East. Similarly, COVID-19 may also have other animals being vectors for the disease."

In search of an answer

The team of 10 international scientists put together by the World Health Organization (WHO) to find the origins of the pandemic is focusing their investigation on Wuhan, but they will be extending their research across China and beyond, as the WHO says that the Chinese city might not be where the virus originated.

As WHO Executive Director Mike Ryan has explained in the past: "Because of SARS and MERS, Wuhan has the most developed alert system for any new unusual illnesses. So the fact it was discovered there might be because it was better able to spot a new type of atypical pneumonia than anywhere else."

The WHO approach will be "open-minded" and won't exclude "any hypothesis that could contribute to evidence generation."

The main challenge is to find what animal passed the virus onto humans in the first place.

"We have to make the link between that event and the original animal that was the source of this virus," said the WHO's Peter Ben Embarek.

"We know that the virus belongs to a group of viruses that have their natural niche in bats, in certain families of bats. But between bats and the events in Wuhan, we have a big gap. And that's the purpose of all these studies, is to fill that gap and understand what happened between these two events and where it happens."

Finding the origin of the virus will be key to prevent future epidemics. "If we know how the spillover event happens, we can see if we can stop that," says Beer.

Following the outbreak of Ebola in West Africa between 2013 and 2016, governments across the region banned the practice of consuming bushmeat, as fruit bats were identified as likely intermediary host of the virus. Discovering the source of the COVID-19 pandemic could lead to similar actions.

But most importantly, Rabe believes, finding the source of the pandemic will calm people's mind and fight misinformation around the origins of the virus.

Investigators searching for the origin of the virus will have to work their way backwards, but may have a long journey ahead before finding the source of the pandemic.

"On the study of the origin of the virus, one thing that has to be clear is the study will start from China, Wuhan, where the first report came," said WHO Director General Tedros Adhanom. "And then from there, based on the findings, we can go anywhere."