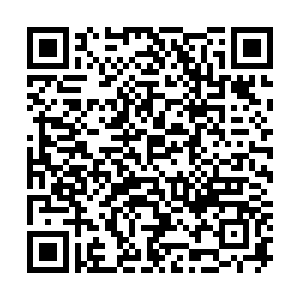 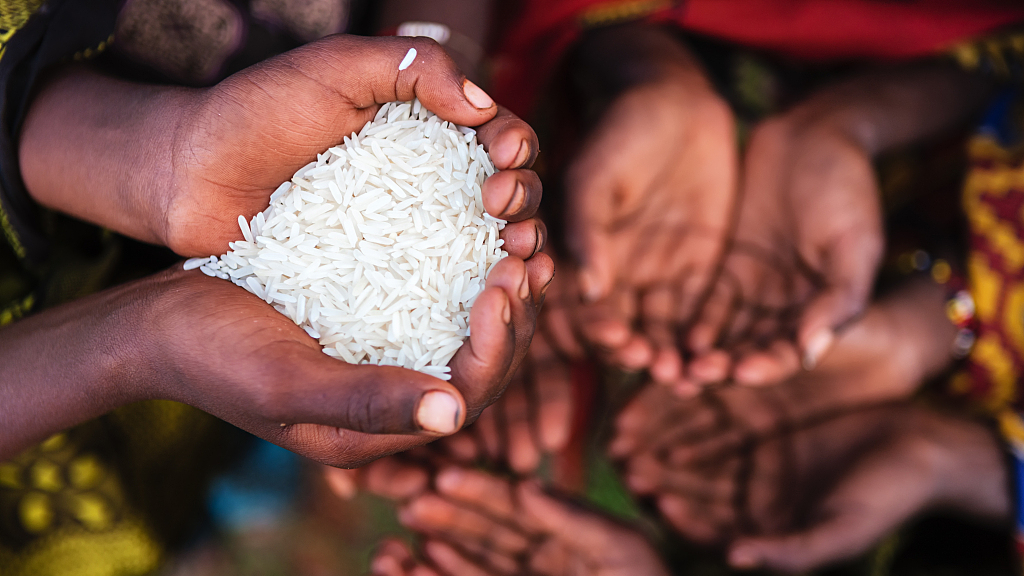 After two years of seeing an increase in global poverty the percentage of people below the international poverty line is decreasing. /Bartosz Hadyniak/Getty via CFP

After two years of seeing an increase in global poverty the percentage of people below the international poverty line is decreasing. /Bartosz Hadyniak/Getty via CFP

According to the Goalkeepers report commissioned by the Bill and Melinda Gates Foundation, the battle against poverty is back on track after a blip caused by the COVID-19 pandemic.

In 2019 the percentage of the population living below the international poverty line was 8.35 percent and after a couple of years of increase, it is now estimated to be back down to between 8.3 percent and 8.5 percent.

However, the poverty baseline – pegged at $1.90 a day – does not take into account inflation, which is running at recent highs in many poor countries and is particularly affecting essentials like food and energy.

The report accepts that the world "continues to face headwinds to economic growth and poverty reduction."

In our CGTN poverty special Innovation, Action, Change we looked in detail at how conflict, COVID-19 and climate change were exacerbating poverty worldwide and explored the ways some countries were successfully tackling the issue.

The three Cs that cause poverty

World Food Program deputy executive director Amir Mahmood Abdullah was very clear on what he sees as the main drivers of extreme poverty across the globe.

"We think of it in terms of the three Cs," he explains. "Conflict, climate crisis and COVID-19 are really pushing people into serious poverty, affecting their livelihoods, putting their lives at risk." The pandemic put up to 124 million people into poverty in 2020, and by the end of 2021, The World Bank predicted that figure to rise to as much as 163 million.

Conflict has escalated greatly this year, with Russia's attack on Ukraine sending global energy and wheat prices sky-high while the civil war in the Tigray area of Ethiopia is putting 2.6 million people at risk of famine. 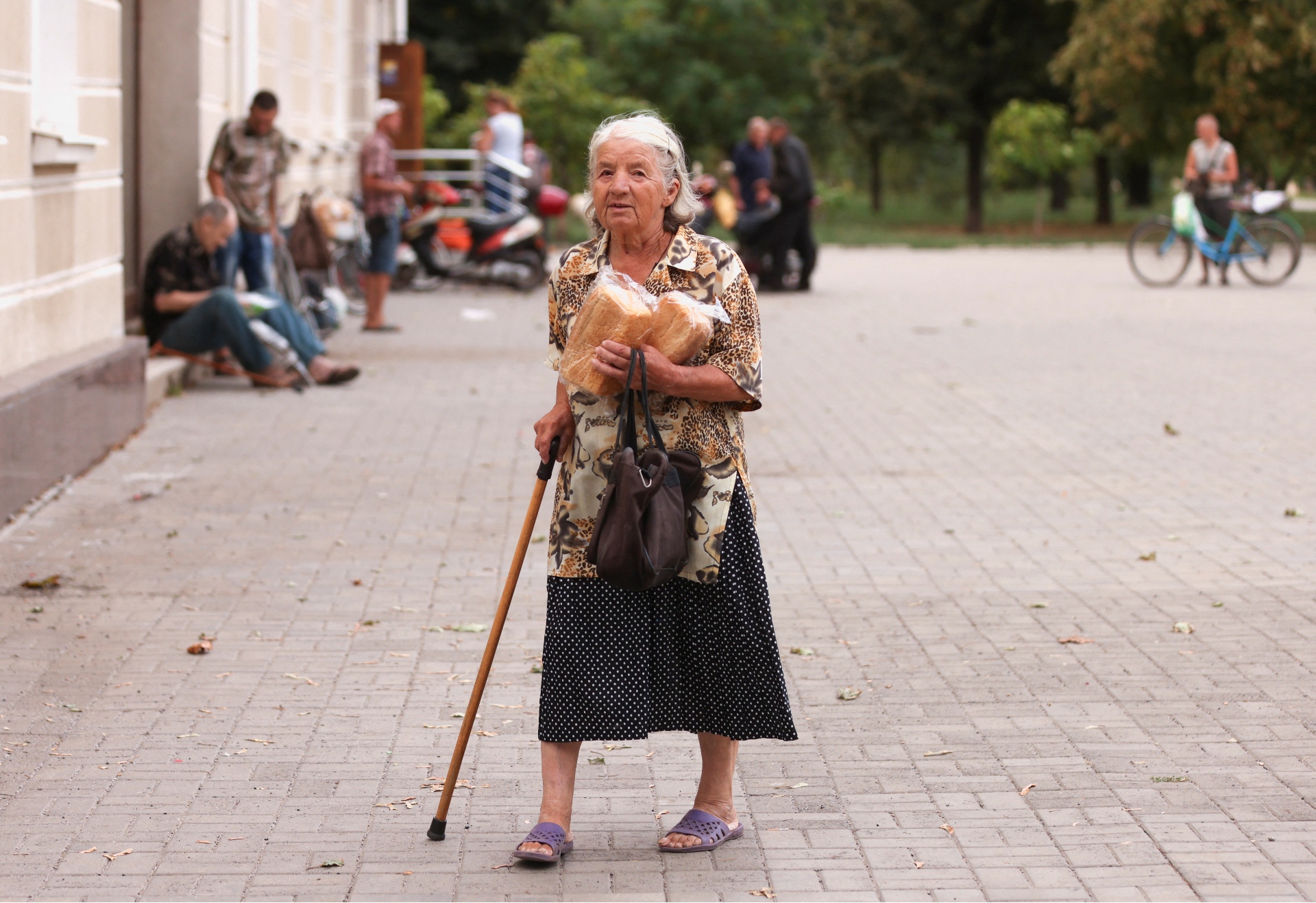 The importance of remittances

The pandemic disproportionately punished the world's poorest by disrupting supply chains and affecting workers abroad who regularly send money home to help their families. Those payments, known as remittances, have been steadily growing over the last two decades. It surprises many people to learn that remittances are now more important to the poorest economies than foreign direct investment or international aid.

Remittances are a vital tool to alleviate poverty in lower- and middle-income countries, often used to improve diet and access to education, and to prevent child labor. A fall in remittances diverts household budgets to more direct needs such as food and housing.

Remittances are projected to continue their decline as long as weak economic growth and few employment opportunities in migrant-hosting countries persist. The steepest declines seen in 2020 and 2021 were in Europe and Central Asia, by 16 percent and 8 percent, respectively.

The economic crisis brought on in 2022 by the Russia-Ukraine conflict will likely further exacerbate this. The weakness in richer economies is also expected to see a sharp decline in foreign direct investment, which will add to financial suffering in poorer nations.

There have been some positive efforts recently to lift people out of poverty, such as Poland's 2016 reforms: Direct payments from the 500 Plus policy have halved child poverty in the last six years despite the pandemic.

Introduced in 2017, the policy was initially intended to promote larger families and counter the falling birthrate. Parents receive monthly payments of around 500 zloty ($180) for each child, and the payment lasts until the child turns 18.

If you have more than one child, this can make up a significant portion of a family's monthly income. The benefit is paid whether you are in work or not.

While 10 percent of the world's population lives in extreme poverty, 85 percent live in moderate poverty. And that scale can be hard to comprehend.

The chart below – a recreation of a data visualization by Max Roser, founder of Our World in Data – might help. It shows the average income in countries around the world. Each bar is a country; its height represents the average daily income there, and its width represents the country's population size. 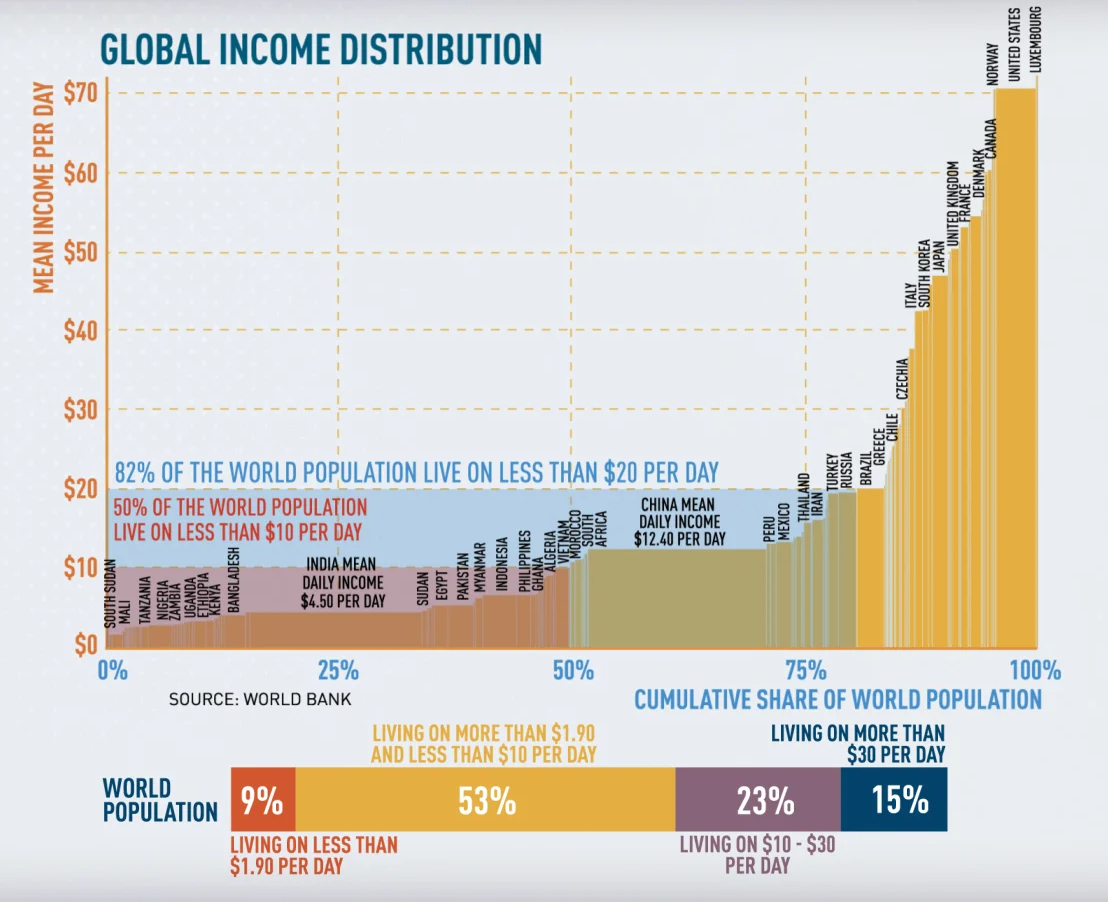 The average income in countries around the world. /CGTN Europe

The average income in countries around the world. /CGTN Europe

Firstly, this is a stark display of how low many people's incomes are, with 50 percent of the planet still living on less than $10 a day. Most people still live on less per day than the poverty threshold of rich nations (around $25-$35). Low incomes usually translate to low standards of living, higher mortality rates – and a thirst for rapid economic growth.

This puts economic growth and the increase in average income at the forefront of many governments' minds – at a time when climate chaos is tolling the bell for classic economic theory. Around the world, drought, fires, floods, rising sea levels and hurricanes are not just costing billions of dollars in damages but forcing everyone to think differently about how economies work.