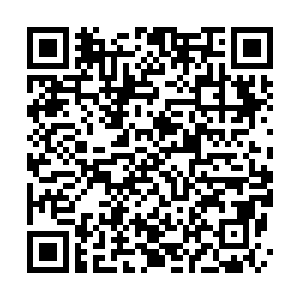 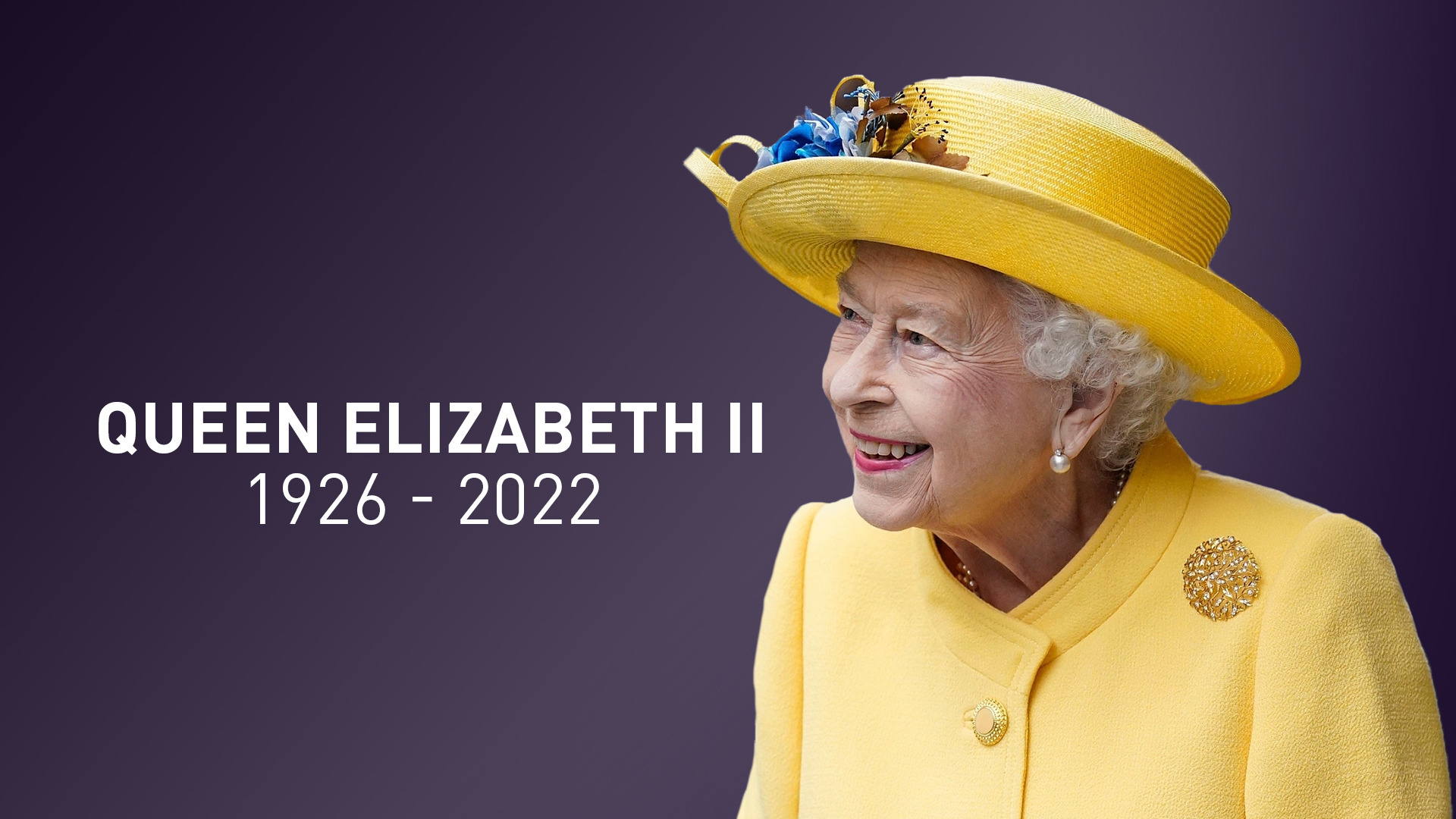 She ascended to the throne in 1952 and reigned for more than 70 years, making her the nation's longest-serving monarch.

Having become queen aged 25, Elizabeth won fans across the world.

While the number of states recognizing her as their head dropped from 33 to 15 during her reign, she remained popular with the media and public thanks to her perceived devotion to duty ahead of personal interests.

While the royal family endured several scandals, including an acrimonious divorce between her heir Prince Charles and Diana, Princess of Wales, as well the estrangement from the family of her grandson, Prince Harry and his American actress wife Meghan Markle, the queen was rarely seen to make a misstep in many thousands of public functions.

While 15 different prime ministers were elected during her reign and the UK entered and subsequently quit the European Union, Elizabeth was widely praised for not interfering in politics and keeping her personal views strictly private as much as possible.

She also played a big role on the wider global stage, representing her nation and receiving 113 state visits and making 99 official trips of her own.

Outside public office, Elizabeth was a very successful racehorse owner, with her stable producing thousands of winners over the years and she was inducted into the horseracing hall of fame in 2021 for her contribution to the sport.

The Queen also became an unlikely fashion icon, with her trademark bright single-color outfits, hats and pillbox handbags, and will be forever associated with her beloved corgi dogs.

Born on April 21, 1926, Elizabeth was not expected to become the monarch. During her grandfather's reign, she was third in the line of succession to the throne, behind her uncle and his younger brother, her father. 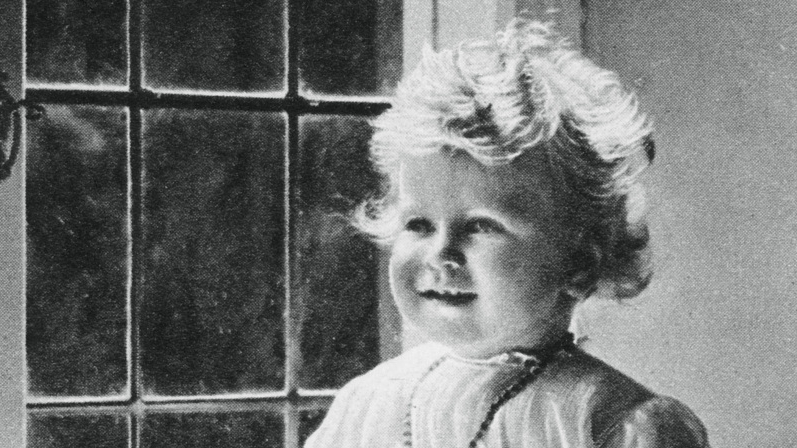 Under the laws of the time, cousins or her own younger brothers would automatically have had precedence.

She was the first child of the Duke and Duchess of York, later to become King George VI and Queen Elizabeth when her father ascended to the throne in 1936 upon the abdication of his brother, King Edward VIII.

This made the young Elizabeth heir. After a long illness, her father died in February 1952, and she was crowned at 25 years old.

The Queen's only sibling, Margaret, was born in 1930 and the princesses received private tuition at home. A Girl Guides company, named 1st Buckingham Palace, was formed so they could socialize with girls their own age.

When the UK entered World War II in September 1939, it was suggested the princesses be evacuated to Canada to avoid the frequent bombings of London by the German air force.

This was rejected by their mother, who insisted: "The children won't go without me. I won't leave without the King. And the King will never leave."

The fact that the future queen stayed with her people in their darkest hour resonated with Britons and contributed to Elizabeth's lasting popularity.

At the end of the war in Europe on May 8, 1945, Elizabeth and Margaret mingled anonymously with the celebratory crowds in the streets of London.

Elizabeth first met her future husband, Prince Philip of Greece and Denmark, in 1934. They were second cousins once removed through King Christian IX of Denmark and third cousins through the UK's Queen Victoria.

After their third meeting in July 1939, Elizabeth, 13 years old at the time, said she fell in love with Philip, and they began to exchange letters. She was 21 when their engagement was officially announced on July 9, 1947.

Elizabeth and Philip were married on November 20, 1947, at Westminster Abbey.

Elizabeth and Philip remained married for 73 years, until his death, aged 99, in April 2021.

During 1951, George VI's health declined, and Elizabeth frequently stood in for him at public events. On February 6, 1952, while Elizabeth and Philip were on an official tour to Kenya, she received news of her father's death and consequently her immediate accession to the throne.

There was some discussion over what name the royal house would take – with Philip keen for his last name to be used, in line with the custom of a wife taking her husband's surname on marriage, proposing House Mountbatten.

However, the British Prime Minister Winston Churchill and Elizabeth's grandmother Queen Mary said the House of Windsor should be retained – and it was. At the time, Philip complained: "I am the only man in the country not allowed to give his name to his own children."

In reluctant agreement with his spouse, he was also to put his career and personal ambitions on the backburner to avoid distractions or conflicts with his role as royal consort.

The coronation ceremony in Westminster Abbey on June 2, 1953 was the first to be televised. 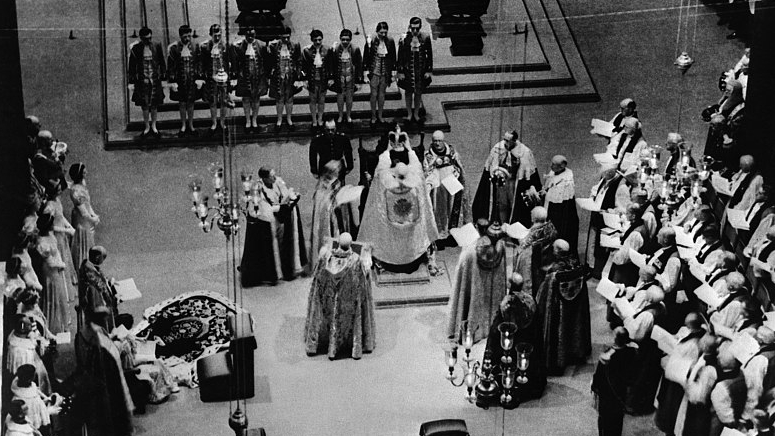 The crowning of Queen Elizabeth II in Westminster Abbey during her coronation on June 2, 1953 in London, England. /NBC NewsWire/NBCU Photo Bank

The crowning of Queen Elizabeth II in Westminster Abbey during her coronation on June 2, 1953 in London, England. /NBC NewsWire/NBCU Photo Bank

"I cannot lead you into battle, I do not give you laws or administer justice, but I can do something else: I can give you my heart and my devotion."
-  Queen Elizabeth II, during her first televised broadcast, 1957

The Commonwealth and decolonization

During her reign, the make-up of Elizabeth's empire changed dramatically.

The British Empire was in the process of transforming into the Commonwealth of Nations before she took the throne and by the time of her accession, her role as head of multiple independent states was already established.

In the 1960s and 1970s her empire shrank further, with an acceleration in the decolonization of Africa and the Caribbean.

More than 20 countries gained independence from Britain as part of a planned transition to self-government.

By the time of her death, Elizabeth remained head of state in 15 nations, including Australia, Canada, Jamaica and New Zealand. During her reign, she was sovereign of 33 independent countries in total.

She was also monarch of three "Crown dependencies" – the Channel Islands of Guernsey and Jersey, and the Isle of Man. And, in her capacity as Queen of New Zealand, she was monarch of two "associated states" – the Cook Islands and Niue.

In 1977, Elizabeth marked the Silver Jubilee of her accession. Parties and events took place throughout the Commonwealth, many coinciding with her associated tours of several nations.

The Queen was joined by another woman as a national figurehead after Margaret Thatcher was elected the nation's first female prime minister in 1979 and ruled for the entire decade until being ousted in 1990. There were constant rumors of a rift between the two women, but Elizabeth bestowed two prestigious honors in her personal gift to Thatcher when she was replaced as prime minister.

During the 1980s, the Queen was the subject of two shooting incidents. The first was during the June 1981 Trooping the Colour ceremony, when six shots were fired at Elizabeth from close range as she rode her horse down The Mall in London. Police later discovered the shots were blanks and 17-year-old assailant Marcus Sarjeant was sentenced to five years in prison.

The second happened a few months later in October, when the Queen was on a state visit to Dunedin, New Zealand. Christopher John Lewis, 17, fired a rifle from the fifth floor of a building overlooking Elizabeth's parade, but missed.

Throughout the 1980s there was increasing media interest in the private lives of the royal family, with the country's tabloid newspapers selling millions of copies on the back of a national obsession with them – fueled in part by the 'fairytale' wedding of Prince Charles and Lady Diana Spencer in July 1981.

The next decade didn't start well for the royal family. Indeed, in a November 24, 1992 speech to mark her Ruby Jubilee, Elizabeth famously called that year her "annus horribilis" (horrible year).

Press estimates of the Queen's private wealth had stoked anti-monarchy sentiment in the UK and this was compounded by reports of affairs and strained marriages among her extended family.

Furthermore, in March 1992, her second son Prince Andrew and his wife Sarah separated and in April, her daughter Princess Anne divorced Mark Phillips.

A bad year turned worse when during a state visit to Germany in October, demonstrators in Dresden threw eggs at her. Then in November, a large fire broke out at Windsor Castle, one of her official residences. The monarchy came under increased criticism and public scrutiny and questions were asked about whether the taxpayer would foot the bill for the renovations.

Two days after the Queen's Speech, Prime Minister John Major announced reforms to the royal finances, including the Queen paying income tax from 1993 onwards, and a reduction in the royal Civil List – the individuals to whom money is paid by the government.

In a crushing end to the year, Prince Charles and his wife Diana formally separated in December and the Queen sued The Sun newspaper for breach of copyright when it published the text of her annual Christmas message two days before it was broadcast. The newspaper was forced to pay her legal fees and donated £200,000 to charity.

It was Charles and Diana's relationship that would prove to be one of the defining issues of Elizabeth's reign.

She wrote to the estranged couple at the end of December 1995, saying a divorce was desirable, and they finalized it in 1996. A year later, Diana – who was hugely popular with the British public – was killed in a car crash in Paris, leaving behind her two young sons, the princes William and Harry.

The royal family stayed silent on Diana's death for five days, later saying it was to allow her sons to grieve in private. But this seclusion and the failure to fly a flag at half-mast over Buckingham Palace resulted in a public backlash.

In 2012, she marked 60 years on the throne with her Diamond Jubilee and celebrations were held throughout the Commonwealth.

The same year, Elizabeth became the first head of state to open two Olympic Games in two countries, with the event hosted by London. She had previously opened the 1976 Summer Olympics in Montreal.

After the COVID-19 pandemic hit the UK, the Queen retreated to Windsor Castle in March 2020 and canceled public engagements as a precaution.

When her husband died in 2021, his funeral was a subdued affair due to pandemic restrictions and Elizabeth became the first British monarch to reign as a widow or widower since Victoria.

In October 2021, Elizabeth began using a walking stick for public engagements and was briefly hospitalized on October 20, after canceling a visit to Northern Ireland on health grounds. The same week, she canceled her plans to travel to the COP26 climate summit in Glasgow, instead delivering her address via video message. The following week, Elizabeth was unable to attend the 2021 National Service of Remembrance after spraining her back.

She died at Balmoral in Scotland, her summer residence, after her doctors placed her under medical supervision.

Queen Elizabeth II will be remembered for her grace under pressure during decades of upheaval for the UK royal family. While the media spotlight, first in print and latterly with the advent of social media, made the royals an easier target for critics than their closeted forebears, Elizabeth enjoyed high approval ratings throughout her reign, with criticism focused more on the institution of the monarchy itself and the Queen's wider family rather than her own behavior and actions.

For the post-war generation, she will be remembered as a young woman who stood side-by-side with her people and went on to represent her country with dignity.

She is succeeded to the throne by her first son Charles and leaves a more modern and accessible royal family than the institution she inherited. She is survived by her four children, eight grandchildren and 12 great-grandchildren.