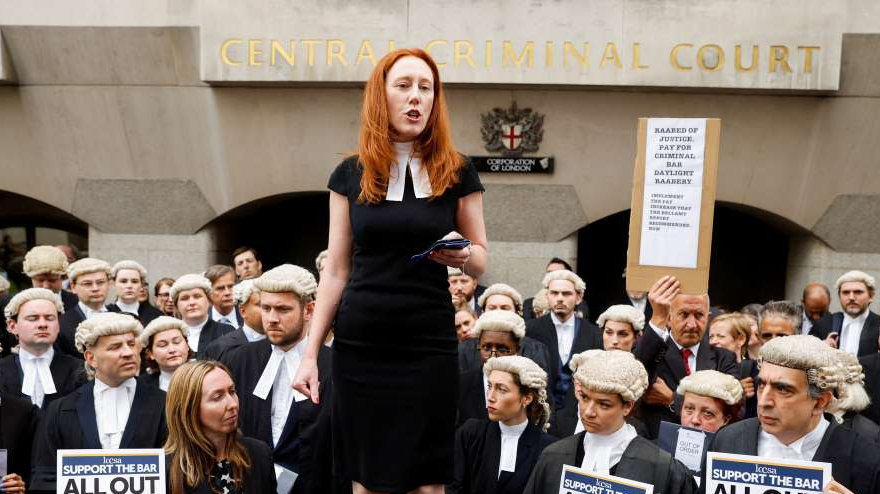 The lawyers who defend those accused of crimes in the UK are on strike today.

Criminal barristers are the men and women who argue a defendant's case or in UK courts, and provide legal assistance for those who can't afford it through a system called "legal aid."

But according to the Criminal Bar Association, which represents the barristers, government cuts to legal aid funding have cut incomes by 30 percent over the last 20 years.

It's left many junior barristers earning less than the legal minimum wage, as their expenses such as travel and preparation for court cases are not covered.

In addition to pay pressure, amid the rising cost of living across Europe, the COVID-19 pandemic has caused a back-log of 58,000 cases.

The Ministry of Justice said it was recruiting more judges and increasing the amount of active court days across the country to reduce the backlog, but the barristers say the plan - which includes an aim of a 15 percent pay increase for legal aid provision - is not ambitious enough.

The CBA said they want a 25 percent increase, to make up for the 'real terms' cut forced by stagnant pay and increasing inflation. 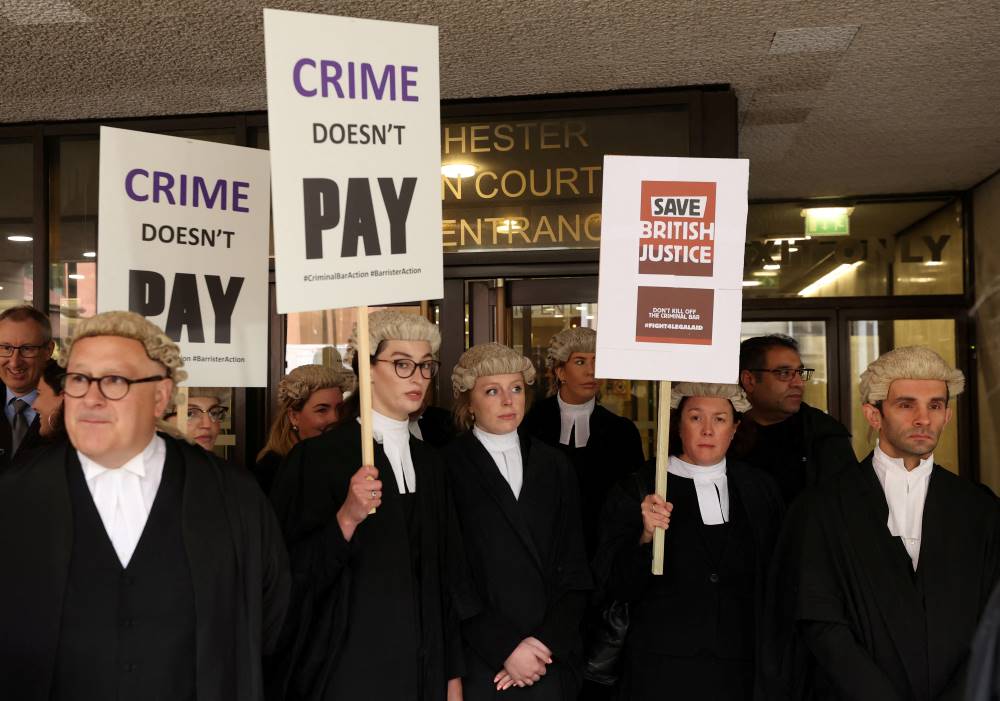 Lawyers across the country joined pickets outside courts, like this one in Manchester./Phil Noble/Reuters

Lawyers across the country joined pickets outside courts, like this one in Manchester./Phil Noble/Reuters

Kirsty Brimelow, Vice-Chair of the CBA, said the industrial action was a final option for the lawyers.

"The system was in crisis and still is in crisis, and the reason for the action is really to prevent its collapse. If we carry on as we are there simply won't be sufficient barristers left to prosecute and defend in these cases."

Those on strike have been warned by the most senior judge in the UK, the Lord Chief Justice Ian Burnett, they face disciplinary action and financial penalties over their walk out.

Burnett has advised judges that barristers who failed to turn up for a case in which they had been instructed could amount to "professional misconduct."

The strikes are intended to span four weeks, starting with walkouts on Monday and Tuesday and with unconfirmed plans to increase that by one day each week until a five-day strike from Monday 18 July to Friday 22 July.

The simultaneous industrial action across sectors in the UK and Europe has erupted in recent weeks as pay fails to keep up with inflation.