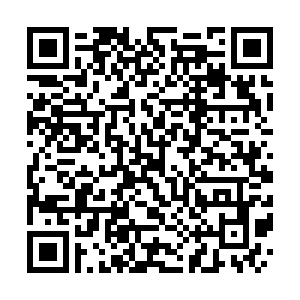 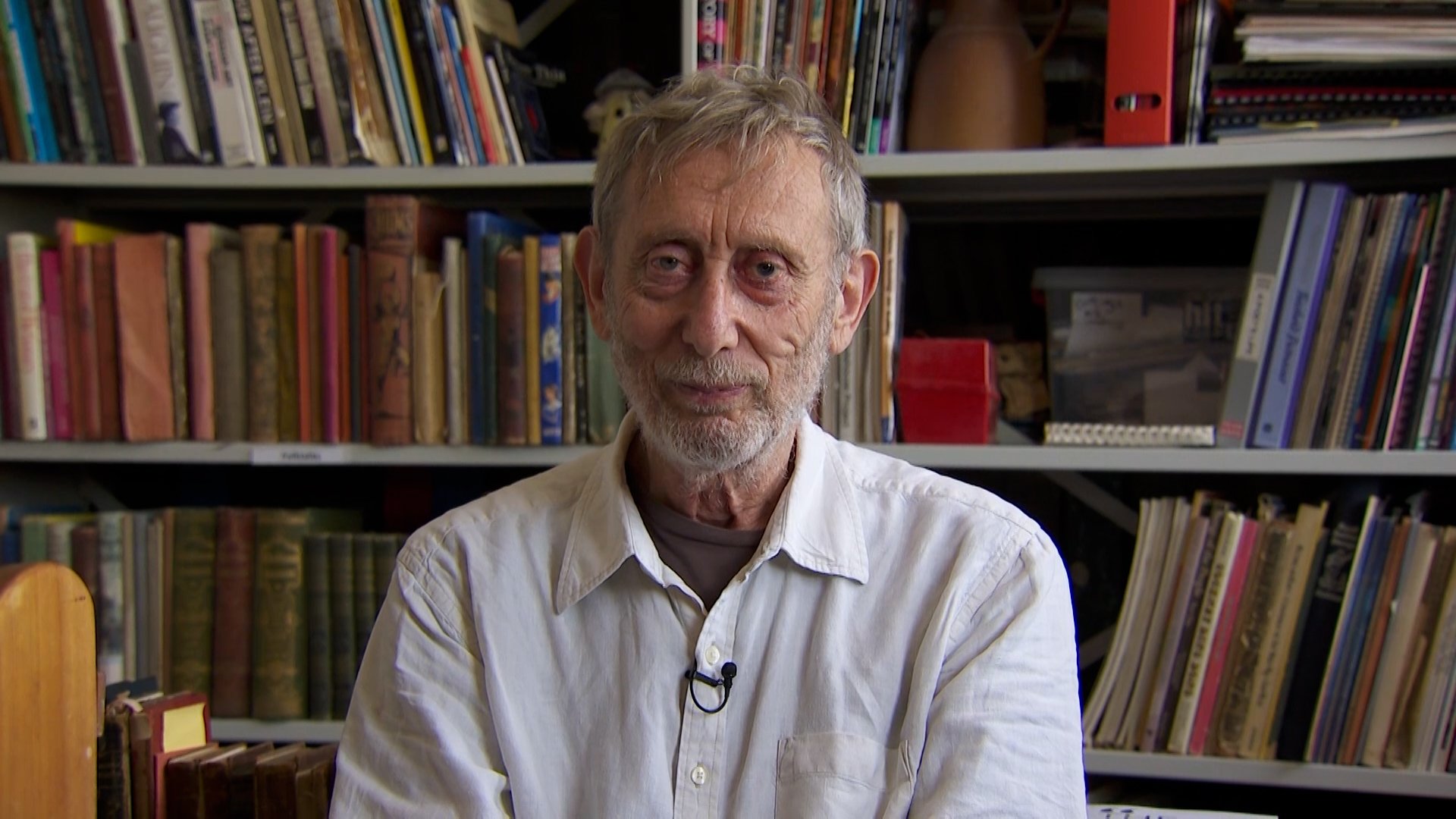 Michael Rosen is loved by millions across the world for his children's stories, poetry and advocacy for young people. His most famous works include We're Going on a Bear Hunt and the Sad Book. However, he has recently become an internet sensation with a cult following.

He hit viral fame when his poem 'Hot Food' was uploaded to his YouTube channel, which is run by his son Joe, a film and video maker. One line, where he says 'Nice!', was clipped and soon spread its way across every social media and messaging platform you can imagine. From there, the original YouTube video has gone on to amass more than 40 million views.

The hashtag #MichaelRosen has over 75 million views on social media and one of the many fan accounts on TikTok dedicated to memes about the writer has nearly 45,000 followers. The numbers speak for themselves when it comes to Rosen's popularity.

Michael is humble, surprised but appreciative of his social media following.

"Wherever I go, I find that people stop me in the street, or I ride buses and things or trains, and then I might hear a little buzz in the background. Usually a group of boys aged about 17 or 18 and I just might hear 'Nice' or something like that.  I look around and they go, 'Michael Rosen' and I go, 'Hi!'

The creative is a household name in China, where he is fondly known as "nice granddad." The admiration is mutual, with the author greatly influenced by the country's poetry, which led him to write in a particular kind of way unique to the nation and its heritage in his book Many Different Kinds of Love: A Story of Life, Death and the NHS.

In March 2020, Rosen was hospitalized with COVID-19, spending 48 days in intensive care in an induced coma. When he recovered he wrote a book about his experiences,  combining prose poems with COVID diaries of his nurse, doctors and wife; celebrating the power of community, kind gestures and the unrelenting spirits of those that keep us healthy.

"You could write about very emotional things in a very detached way and I learned that from classical Chinese poems" he says.

WATCH: How does Michael Rosen feel about being a meme?

Rosen says that "literature is a world heritage" and describes it as something that all humanity shares.

"I might pick up a book and I don't know necessarily immediately, particularly if I'm a young person, whether it's been written by somebody in Britain, France, ancient Greece or China. And all my life I've read books by authors of different countries.

"When I was a boy, my mother used to find books deliberately that were written by authors from different countries... It's vital we share literature among each other, we learn from each other."

'We need to be more multilingual'

The former British Children's Laureate also believes strongly in the power of language as a connection, and says that we should all make an effort to learn as many tongues as possible in order to understand one another.

"My daughter learned Chinese at school, and everything I know about Chinese culture and language would be that much more accessible if people learned it.

"It's been a sad thing about the world that we have these kind of great separations. And we don't know what another side of the world thinks or feels about things unless we speak the same language. So, obviously, the Brits and Americans and Australians all talk to each other in English. And these days a lot of European culture is affected by English, but it shouldn't necessarily be that way.

"We need to try and make ourselves more multilingual." 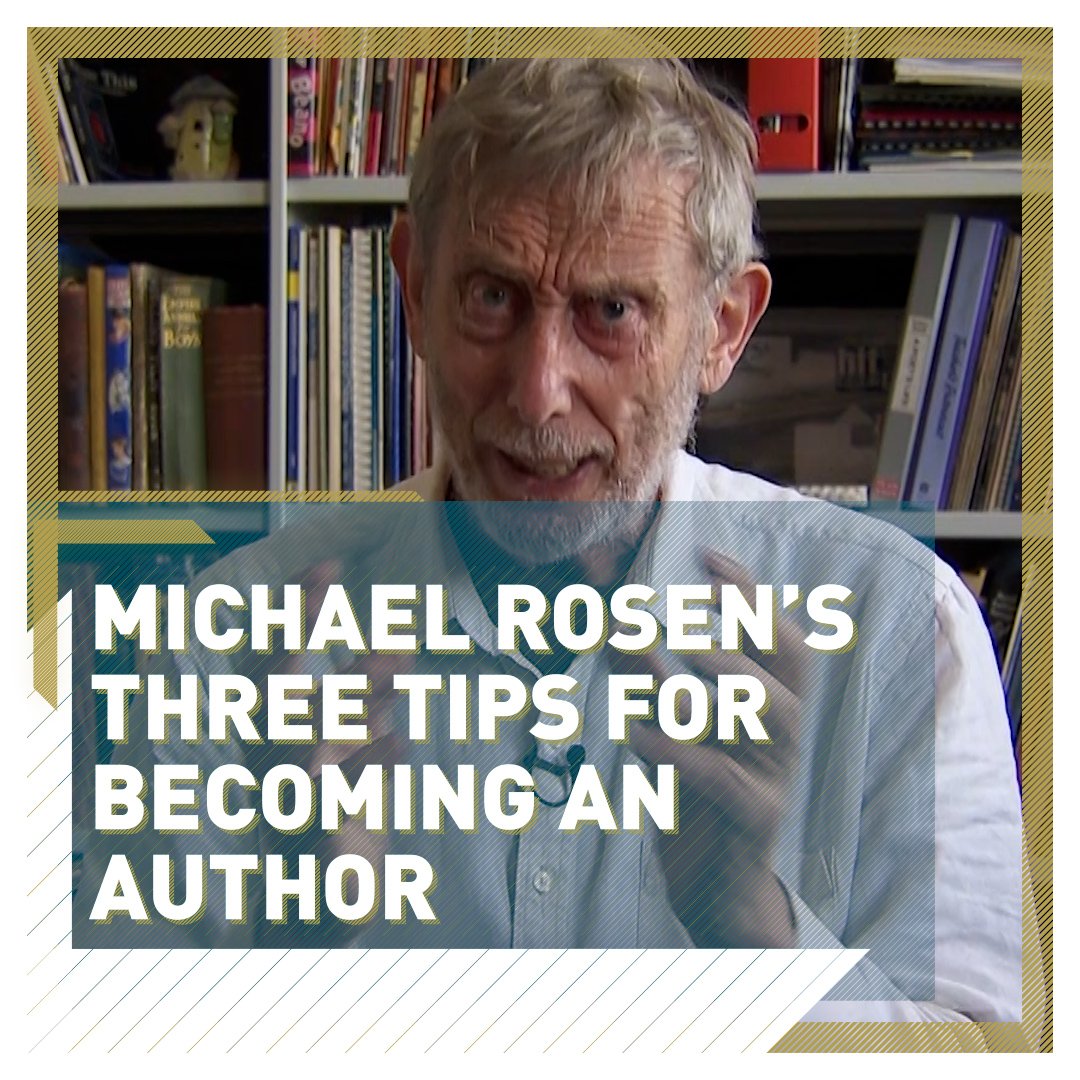 Rosen, who is a strong advocate for children's literacy says he has mixed feelings about young people's use of social media, which has been exacerbated by pandemic-induced lockdowns. In the UK between September and November 2020, children aged 7 to 16-years old who went online estimated that they spent 3 hours 48 minutes a day online on average, according to data from CHILDWISE.

Seeing both the good and bad, Rosen says that social media is reading and writing, just in a different form. But he does also acknowledge it can be dangerous.

"What's happened in the last 20 years, maybe 15 years, is that people who you might expect not to be very interested in writing, maybe young and not very literate people, are writing all the time. They're texting each other. So that's one revolution that's happened.

"This very ordinary thing, it's as good or as bad as humanity."

While social media may have thrived during the COVID-19 pandemic, there's no doubt that the arts were hit hard by lockdown restrictions and social distancing measures.

During a time when it felt like the world was falling apart and our emotions were running high, Rosen says that whether it be through "painting, sculpture, music or writing" creative outlets are "our way of understanding what's going on."

He says that he gravitates towards writing because it enables him to describe how feels as well as what he sees, hears and imagine. Through such a synthesis, people can have conversations, and share their emotions, helping people to understand themselves.

Rosen says that literature in particular "provides a platform" to start discussions and reflect, which is definitely vital in a world that seems more uncertain than ever.