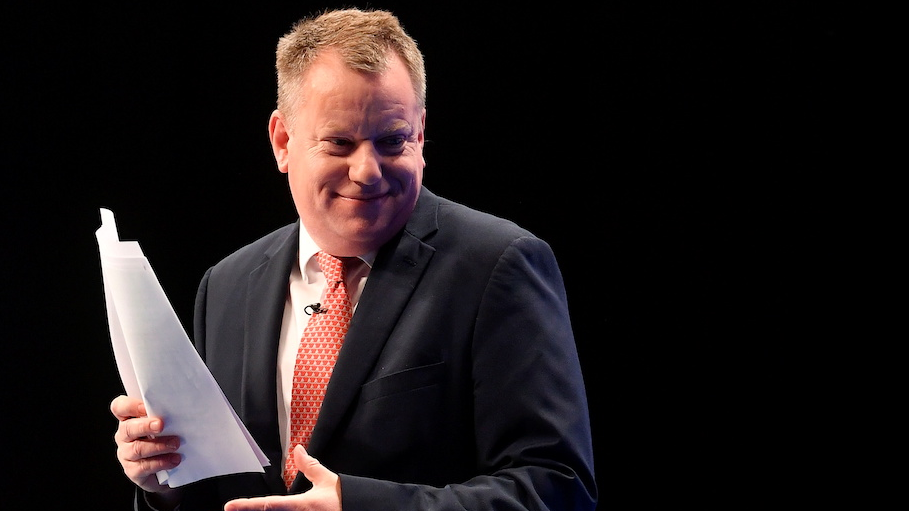 The UK's Brexit minister has issued a warning to the European Union over the new trading rules for the UK nation Northern Ireland.

Speaking at the annual conference of the UK's governing Conservative Party, Frost said the UK could trigger Article 16 of the Northern Ireland Protocol, which allows either side to unilaterally exit the plan if it is judged to have a negative effect.

The rules, agreed by both sides, keep Northern Ireland within the EU customs union, thereby splitting it from the rest of the UK. This has angered many. CGTN Europe's Nawied Jabarkhyl explained the Protocol here.

"Without an agreed solution soon, we will need to act, using the Article 16 safeguard mechanism, to address the impact the Protocol is having on Northern Ireland," Frost told party members.

He said the move would be designed to protect "our people, our trade, our territorial integrity, the peace process and the benefits of this great UK," Frost said, referencing the Good Friday peace agreement for Northern Ireland.

Since the Brexit agreement came into place, there have been near constant issues with trade between Northern Ireland and the other countries that make up the UK (England, Scotland and Wales). Earlier this year, the UK attempted to restart negotiations on the Irish border with the EU, but was rebuffed.

"We are working intensively to find practical solutions to some of the difficulties that people in Northern Ireland are experiencing and we intend to come forward with solutions soon," said European Commission spokesman Daniel Ferrie.

Frost said the Protocol, which was developed to stop a hard border between Northern Ireland and the Republic of Ireland, had "come apart even more quickly than we feared."

"Yes, we agreed the Protocol in that difficult autumn of 2019. We knew we were taking a risk – but a worthy one," Frost explained of the negotiations he led.

"And we worried right from the start that the Protocol would not take the strain if not handled sensitively. As it has turned out, we were right."

Later at the Conservative conference in Manchester the finance minister, Chancellor Rishi Sunak, spoke of his political vision and condemned borrow-and-spend economics as "immoral."

"There can be no prosperous future unless it is built on the foundation of strong public finances. And I have to be blunt with you, our recovery comes with a cost. Our national debt is almost 100 percent of GDP, so we need to fix our public finances," he said.

Sunak defended tax rises, which broke the party's election manifesto promise, and said it would be "immoral" to fund the National Health Service with borrowing.

"Yes, I want tax cuts, but in order to do that our public finances must be put back on a sustainable footing," he concluded.