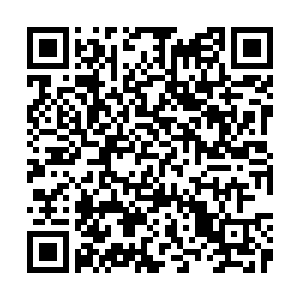 The ancient breed of Old Irish Goat was feared to be extinct until some were found scattered in the western mountains of Mulranney, with DNA testing confirming their identity.

But now conservationists are hoping to boost their recovery, while also protecting Dublin's suburb of Howth from gorse fires.

A herd of 25 of the short, stocky and bearded goats are grazing on the gorse, under the watchful eyes of herder Melissa Jeuken.

"Howth was targeted by a lot of fire. So there's a lot of gorse here and it's very flammable," she explained.

"The goats on the other hand love gorse, so it's a win-win in that sense. They're a hard-working crew, they're up for the job, they're keen to do it."

The project aims to instill "key conservation grazing principles to tackle fire prevention and habitat management," while helping to ensure the breed's survival, she said.

Firefighters were deployed to deal with a number of gorse fires in the area this summer.