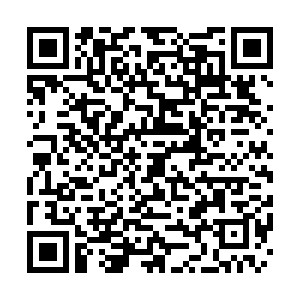 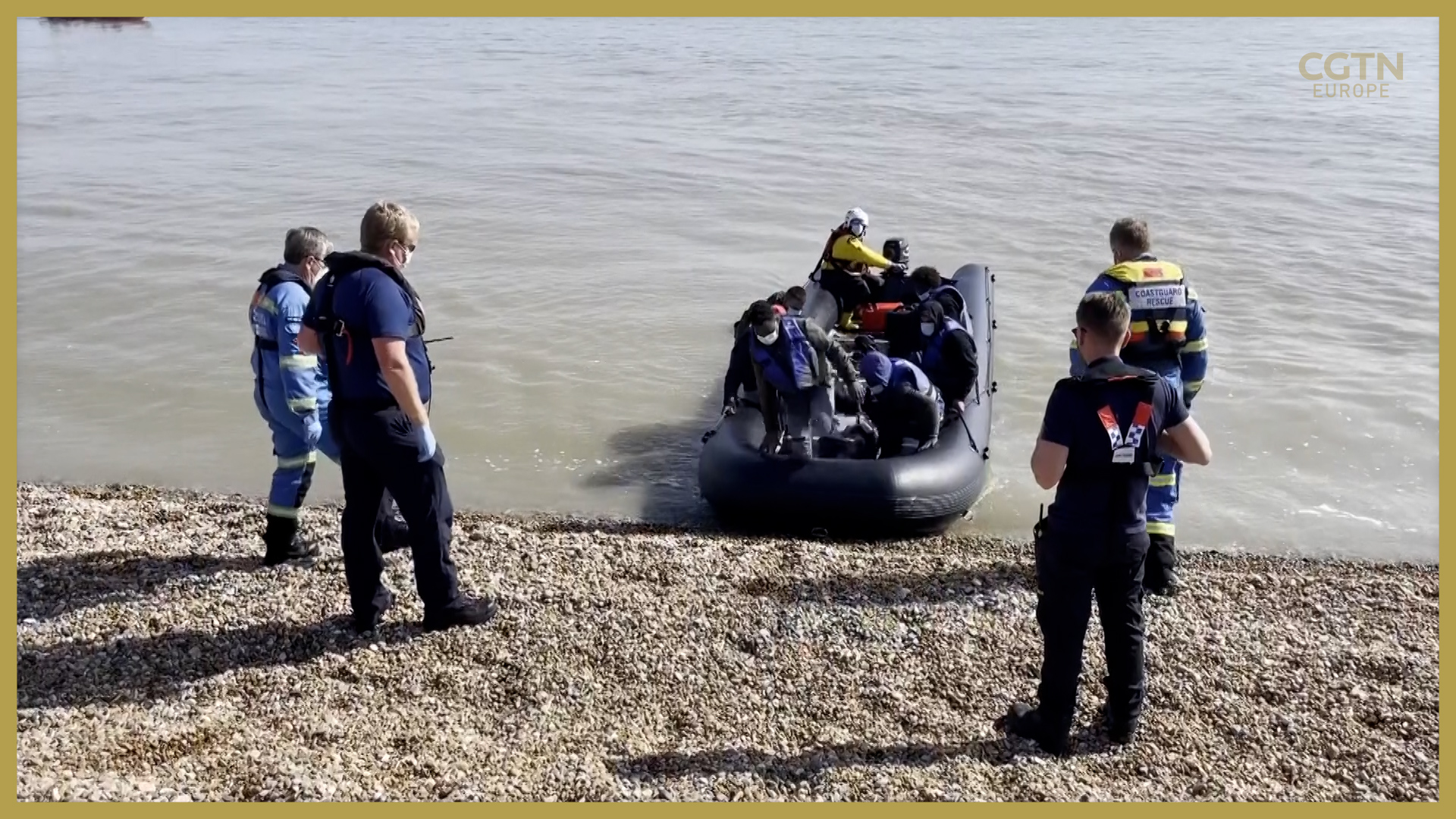 A row is brewing between the UK and French governments over illegal migrants crossing the Channel.

The Home Office in London and the Interior Ministry in Paris have traded statements.

More than 14,000 people have crossed the 20 miles of sea between France and Britain so far this year, including around 1,300 already in September.

Earlier this year, the UK's Home Secretary Priti Patel and France's counterpart Gerald Darmanin agreed the UK would contribute $75 million to France to help patrol 60 miles of its coastline, where migrants and people-smugglers often launch small boats to try to reach the UK.

The UK government has threatened to hold back money due unless the French authorities do more to stem the flow of migrants.

It is now considering a controversial "pushback policy" to force migrants in small boats back towards France. UK border patrol boats could be sanctioned to encourage migrant boats away from British waters.

The French government reaction was quick.

"France will not accept any practice that goes against maritime law or any financial blackmail. Great Britain's commitments should be upheld. I've said this clearly to my [British] counterpart Priti Patel," Gerald Darmanin tweeted. 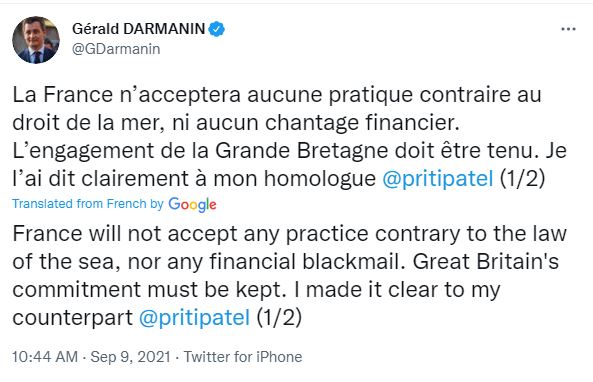 Migrants and those traveling on boats are protected under international law.

And the UK threat has already provoked a response. Amnesty International describes the UK's plan as, "senseless, dangerous and almost certainly unlawful."

Naomi Phillips, Director of Policy and Advocacy at the British Red Cross said the UK response should be caring, not turning people away.

"Crossing the Channel in a small boat is only ever a desperate last resort, and an extremely dangerous one. When people's lives are in danger they need help, compassion and humanity, not to have their ordeal extended." 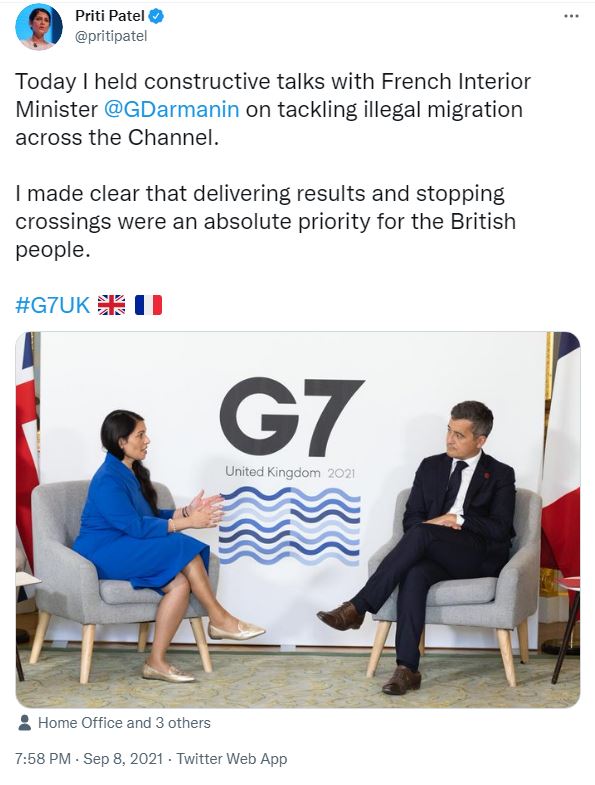 A former head of the UK's Border Force, Tony Smith, said forcing back migrants in often suspect boats and dinghies would be dangerous and illegal.

"Under the UN Convention of the Law of the Sea, is the preservation of life above all else, and so both the French and the British should be committed to that, and making sure that nobody dies."

UK Border officers are already preparing to stop migrants, even if they are in small boats. Lucy Moreton spoke on behalf of the Immigration Services Union to CGTN Europe.

"The idea is to initially ask them to change course, then to try to push them using either a boat or a smaller vessel to try to encourage them to turn. But you've got to do it quite carefully because you don't want to overturn a small or unstable or otherwise vulnerable vessel," she said.

Under international law, people have the right to seek asylum in any country in which they arrive. As the UK is no longer a member of the European Union, an EU law that allows asylum-seekers to be transferred back to the first member state they were proved to have entered, no longer applies to the UK.

And the thorny issue of UK-EU cooperation on immigration has yet to be agreed. This row with France will raise many questions and eyebrows, as it's hard to judge without French, Belgian and Dutch help how the UK government can reduce the flow of illegal migrants endangering their lives crossing the sea.