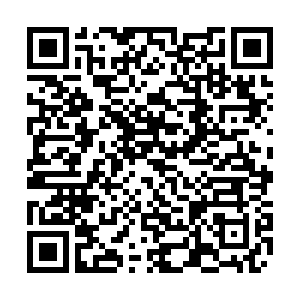 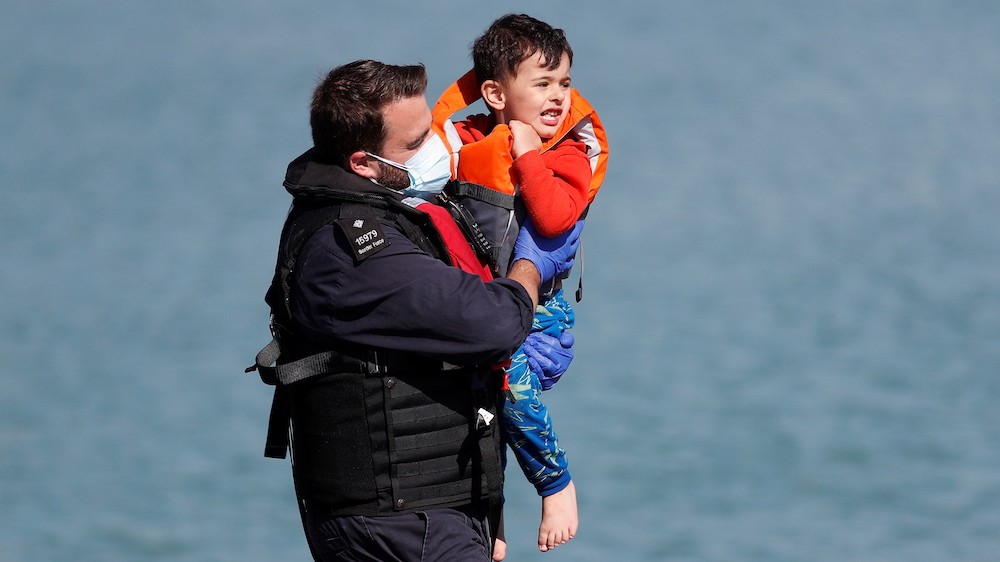 Migrants of all ages were rescued from a boat and taken to Dover, England. /Reuters/Peter Nicholls

Migrants of all ages were rescued from a boat and taken to Dover, England. /Reuters/Peter Nicholls

Sunny weather has led to an increase in people trying to enter the UK on small boats across the Channel from France, with more than 1,000 arriving this week so far.

On Monday, 785 people arrived in 27 boats, according to the UK Home Office. And French authorities said they stopped 378 people from making the crossing.

Around 500 people arrived on Tuesday and, according to local reports, an undisclosed number of people were rescued by lifeguards on Wednesday. They were landed at the Port of Dover, on the south coast of England.

The latest spike in migrant arrivals has prompted the UK's Home Secretary Priti Patel to discuss the issue with her counterpart in France, Gerald Darmanin. They are meeting as part of a G7 summit in London on Wednesday.

Patel has threatened to not pay $74m the UK has promised France to help stop the illegal boat journeys unless more boats are intercepted by French coastguards.

On Tuesday, a group of lawmakers from the UK's ruling Conservative Party said the Home Office should "up the stakes and consider immediate removal back to France of all who arrive via this illegal route and disregard diplomatic niceties."

This received a swift response from the French government, which warned such action would break international law on refugees.

"We also call on the British government to be cautious about the announced use of procedures to fight against attempted sea crossings, which would not only be dangerous for men, women and children onboard these boats, but contrary to international law," the Interior Ministry statement said. 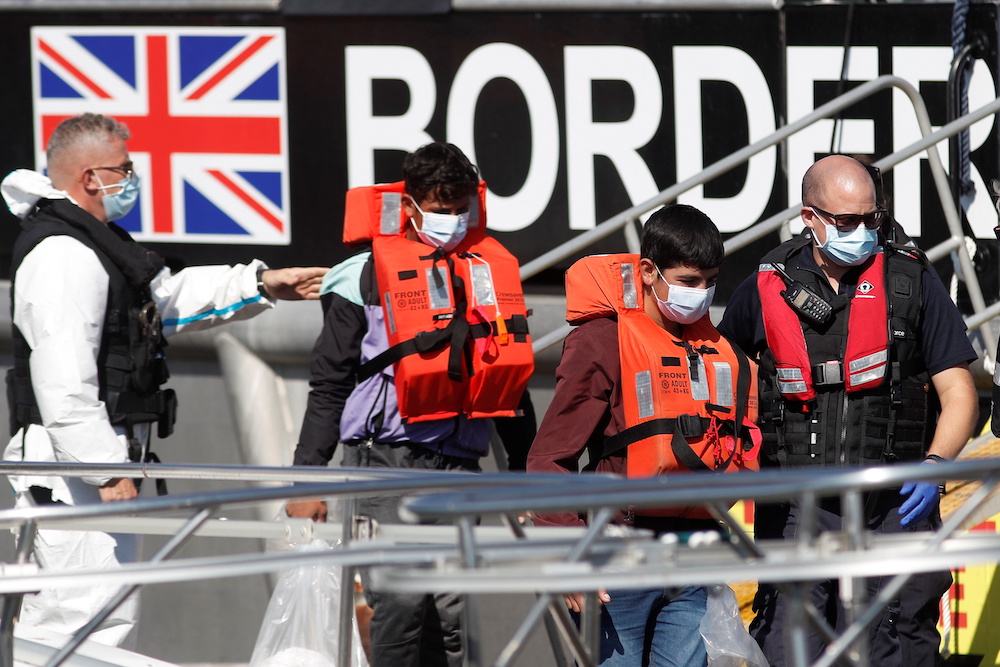 More than 1,000 migrants have either arrived on UK shores, or been rescued from small boats this week. /Reuters/Peter Nicholls

More than 1,000 migrants have either arrived on UK shores, or been rescued from small boats this week. /Reuters/Peter Nicholls

At the end of June this year, the waiting list was 73 percent longer than a decade ago, despite a drop in the number of applications.

Some 37,325 people applied for asylum in the UK in the year to the end of June. And 3,064 of those awaiting an initial decision are Afghans.