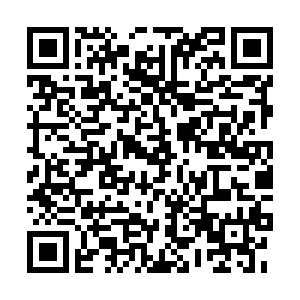 France's President Emmanuel Macron was booed on a visit to a school in Marseille on Thursday as primary and secondary schools in France reopened after the summer holidays.

He was in the southern French city trying to reassure families that the first day back at school – known in French as la rentrée – would be "as normal as possible."

Some 12 million children in France had their first day back at their desks on September 2.

Major new protocols have been put in place by the education ministry to try to reduce the possibility of a fifth wave of COVID-19 cases that some fear could be sparked by the mass mixing of pupils. The protocols include:

- All children must wear face masks inside, including primary pupils;

- Classes at all levels of education, from elementary to university, will be in-person;

- Primary school classes will close for a week when a positive case is identified;

- Secondary school children who are not vaccinated will have to go back to distance-learning if they are identified as contact cases;

- Saliva tests are going to be carried out on children who are too young to get vaccinated;

- CO2 detectors will be installed in schools to test air quality to ensure regular aeration.

The top teachers' union has argued that the health protocols in schools are not best adapted to the situation. But the education minister told CGTN Europe the state has tried to put in place a safe system.

"It was harder, I think, a year before or even at the beginning of the crisis," said Jean-Michel Blanquer. "At those moments you have a lot of people fighting against reopening schools. Then we did not have the vaccine but now we have the vaccine so it helps our strategy.

"We sometimes have debates about some factors but I think that we are in a stronger position now than before regarding opening schools."

One area of COVID-19 strategy in which France has been a leader is in vaccinating youngsters. It started jabbing the under-18s in June – a move the government hoped would provide more protection as schools reopen.

More than a third of French teenagers are now fully vaccinated.

CGTN Europe traveled to a vaccination center in the eastern Paris suburbs to speak to teenagers about getting the shot.

"For me, it's a relief to have the vaccine for going back to school, so we can meet our classmates and have in-person lessons again," said Mathilde, 17. "It's true that distance-learning wasn't easy for everyone and I think it's a relief and we hope that it will work."

Leo, a 13-year-old at the center with his mother, said: "I got vaccinated to get a health pass to go to the theater or a museum. My friends all did the same, so we can do things and not be stuck at home."