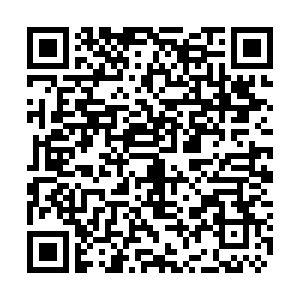 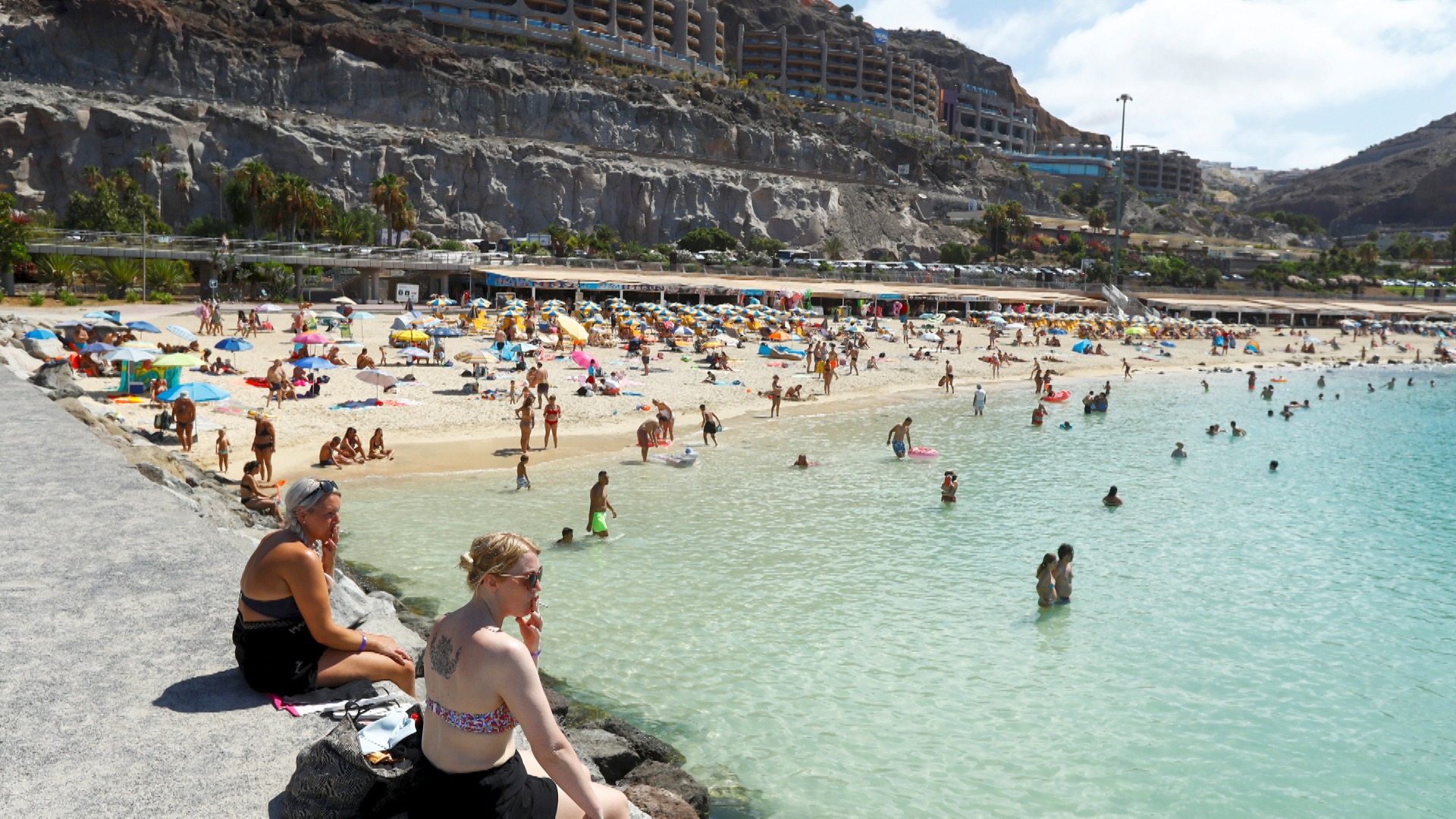 Americans' days in the European sun are limited as a travel ban looms. /Reuters

Americans' days in the European sun are limited as a travel ban looms. /Reuters

The European Council has advised member states to reimpose COVID-19 travel restrictions on visitors from the U.S., including a ban on non-essential travel.

Brussels on Monday dropped the country from the EU's "safe travel" list of countries from which visitors can arrive in the 27-member bloc without restrictions such as quarantine and testing requirements.

The U.S. was only added to the list in June as a way to lure tourists during the crucial summer holiday season.

But the highly contagious Delta variant has spurred a resurgence of cases there, particularly among the unvaccinated, and the U.S. no longer passes the EU's threshold.

Last week, daily COVID-19 hospitalizations in the U.S. breached 100,000 for the first time since January, with more than 500 people on average admitted to hospital each hour, according to data from the Centers for Disease Control and Prevention.

With Europe already saddled with its own rising infections, officials do not want to run the risk of importing even more cases.

The World Health Organization on Monday warned that stagnating vaccination rates in Europe and high transmission rates could lead to the death of around 250,000 people by Christmas.

"This high transmission is deeply worrying – particularly in light of low vaccination uptake in priority populations in a number of countries," Hans Kluge, the World Health Organization (WHO) regional director for Europe, said during a media briefing on Monday. "One reliable projection is expecting 236,000 deaths in Europe by December 1," he added.

It is a sobering projection for a region that has already registered about 1.3 million COVID-19 deaths since the pandemic started – a number some argue is grossly undercounted.

WHO Europe is comprised of 53 member countries with massive discrepancies in vaccination. Countries such as Belgium, Spain and Portugal have immunization rates above 70 percent, but the lower- to lower-middle income countries of the region are well below 10 percent.

Kluge said part of the spike in infections can be attributed to an "exaggerated easing" of COVID-19 restrictions and an uptick in travel over the summer.

Removing the U.S. from the EU travel list could lead to the reintroduction of a non-essential travel ban, while visitors who do arrive could be subject to quarantine and additional testing requirements.

The restrictions though, are non-binding and each member state will be left to decide about whether to follow the recommendations. 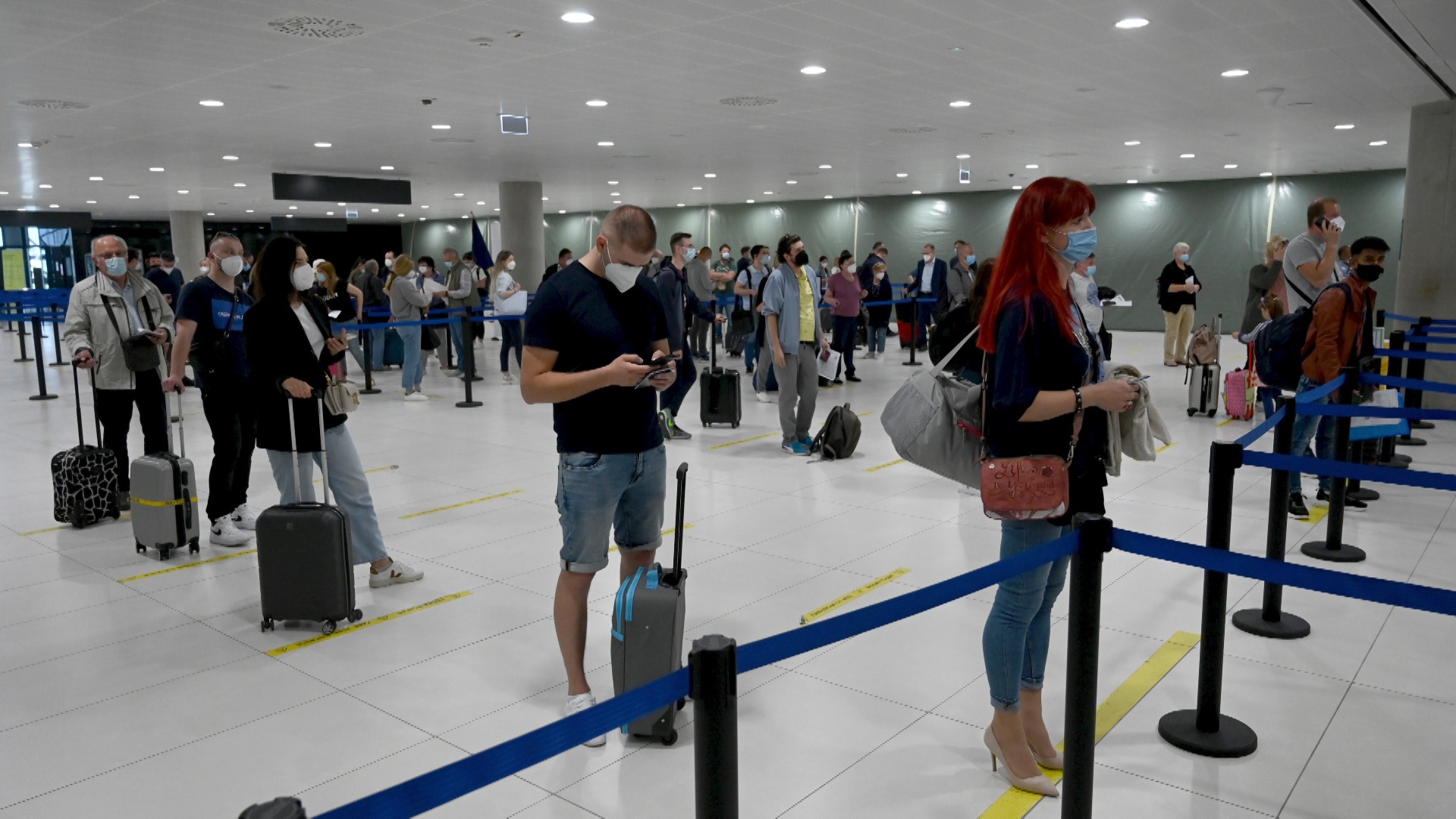 Removing the U.S. from the EU travel list could lead to the reintroduction of a non-essential travel ban, while visitors who do arrive could be subject to quarantine and additional testing requirements. /VCG

Removing the U.S. from the EU travel list could lead to the reintroduction of a non-essential travel ban, while visitors who do arrive could be subject to quarantine and additional testing requirements. /VCG

Most Europeans still banned from U.S.

Despite Americans being granted entry to most EU countries since early summer, U.S. borders have remained closed to most Europeans for well over a year. Brussels has been negotiating with the Biden administration for months to lift the travel ban but to little avail.

Europe's Commissioner of Home Affairs Ylva Johansson gave it another go in recent days while on a visit to Washington. According to a Commission spokesperson, she raised the issue with U.S. Secretary of Homeland Security Alejandro Mayorkas, although there doesn't appear to have been a change in stance from the U.S. side.

"It is something that we follow, of course, very closely," said EU spokesperson Adalbert Jahnz during a press briefing on Monday.