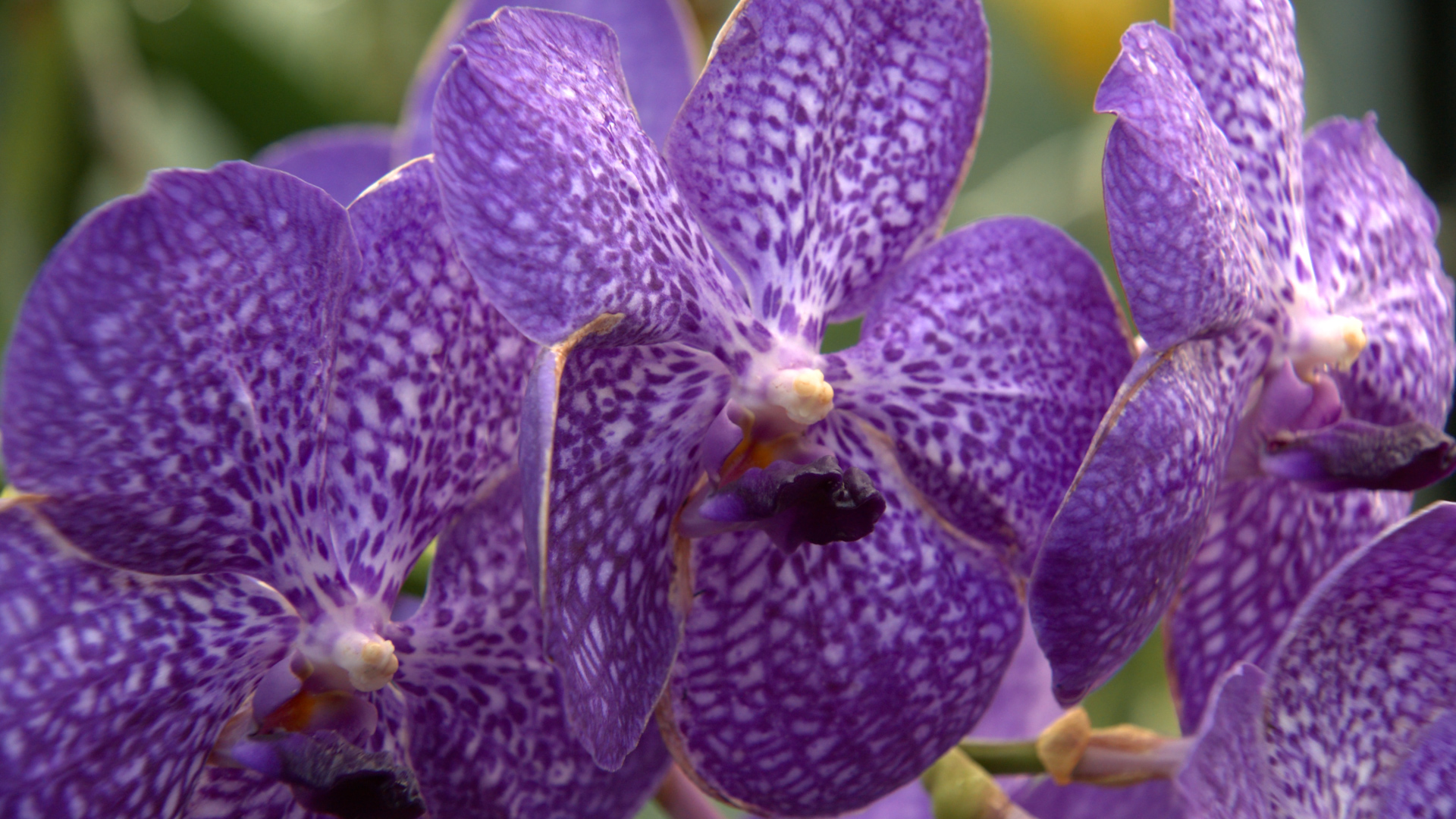 Look, but don't touch! Security staff are on alert at London's Kew Gardens to protect rare botanical plants from light-fingered thieves. Not least, orchids, for which there is a thriving illicit global market threatening the survival of some species.

Stepping inside the Princess of Wales Conservatory in London's Royal Botanical Gardens at Kew is like being transported to the tropics. Even CGTN Europe's camera equipment took a while to acclimatize to the sticky heat, heavy with moisture.

We settled in one of the two specialized orchid zones with species from Peru to Southeast Asia, nestled among greenery designed to emulate the rainforests of Costa Rica and beyond.

Perhaps it is the humidity, the woody aura, the cascades of colorful blooms glistening with dew, but there is certainly something about orchids that is enchanting.

And perhaps that explains the modern-day scramble for fast-disappearing numbers of rare species in the wild.

"We know of species of slipper orchids, for example, which have been described in Southeast Asia in recent years, where people have been to the wild populations and they have stripped out every single living plant," said Mike Fay, senior research leader at Kew with a specialty in conservation genetics.

"And that's a whole species that has just disappeared from the wild because of people's greed."

There are around 28,000 species of orchids known to science. And they grow almost everywhere, from the Arctic Circle to tropical forests, to tops of mountains around the world. 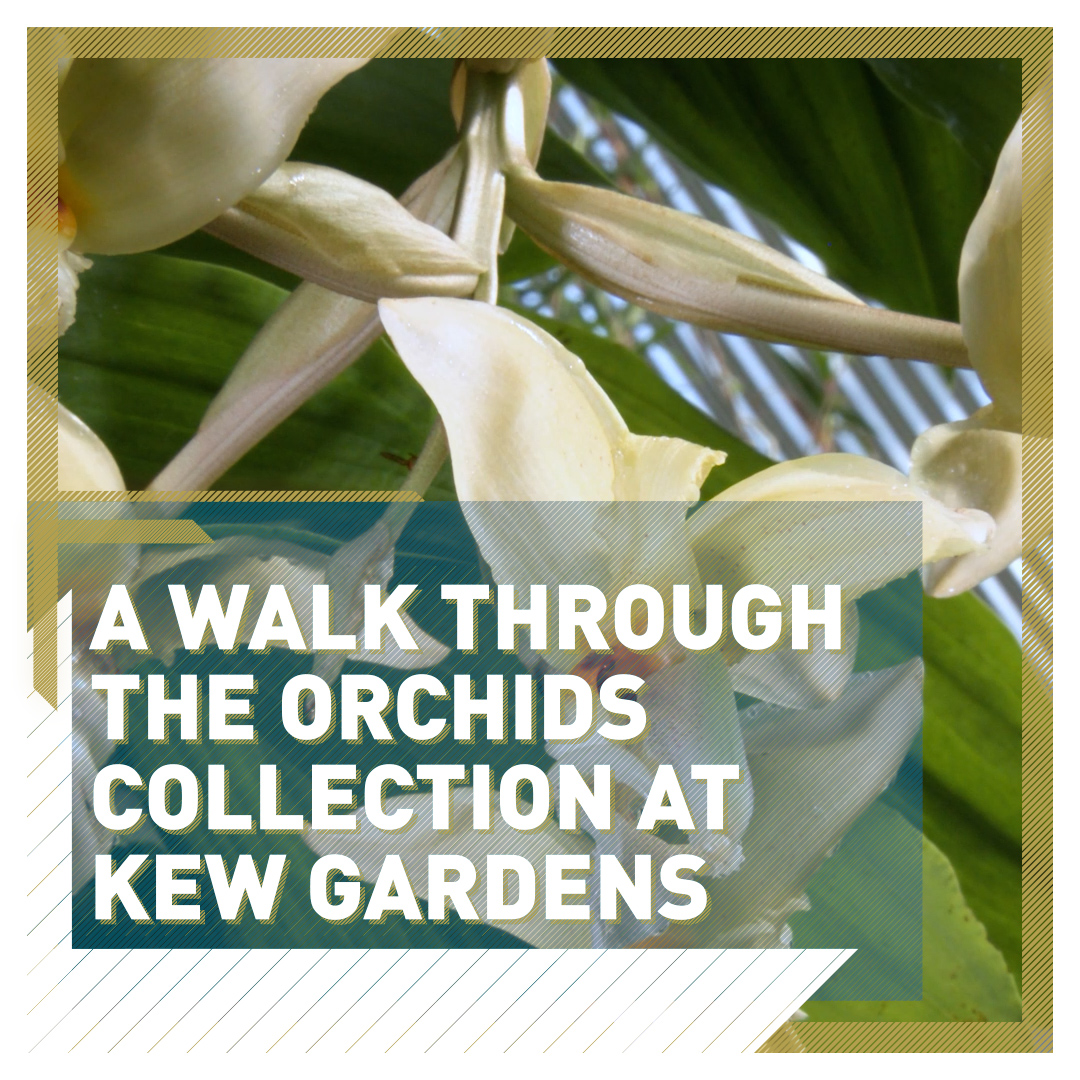 "We even have more than 50 species native to the UK. They grow everywhere apart from in the true desert. So, you won't find orchids in the Sahara, for example and they don't occur in Antarctica. But apart from that, they're on every major land surface," Fay said.

But a recent study from the International Union for Conservation of Nature (IUCN) that looked at 1,700 orchid species, found 400 were endangered, 204 critically so, and five are now extinct.

The demand for orchids dates back centuries. Victorian botanists became obsessed, sponsoring dangerous expeditions to unknown lands, bringing home sack-loads of samples to wow their peers. The craze was called "Orchidelerium." But unregulated wild collecting can have irreversible consequences.

Some orchids are being harvested to extinction, their edible and medicinal properties forever lost. 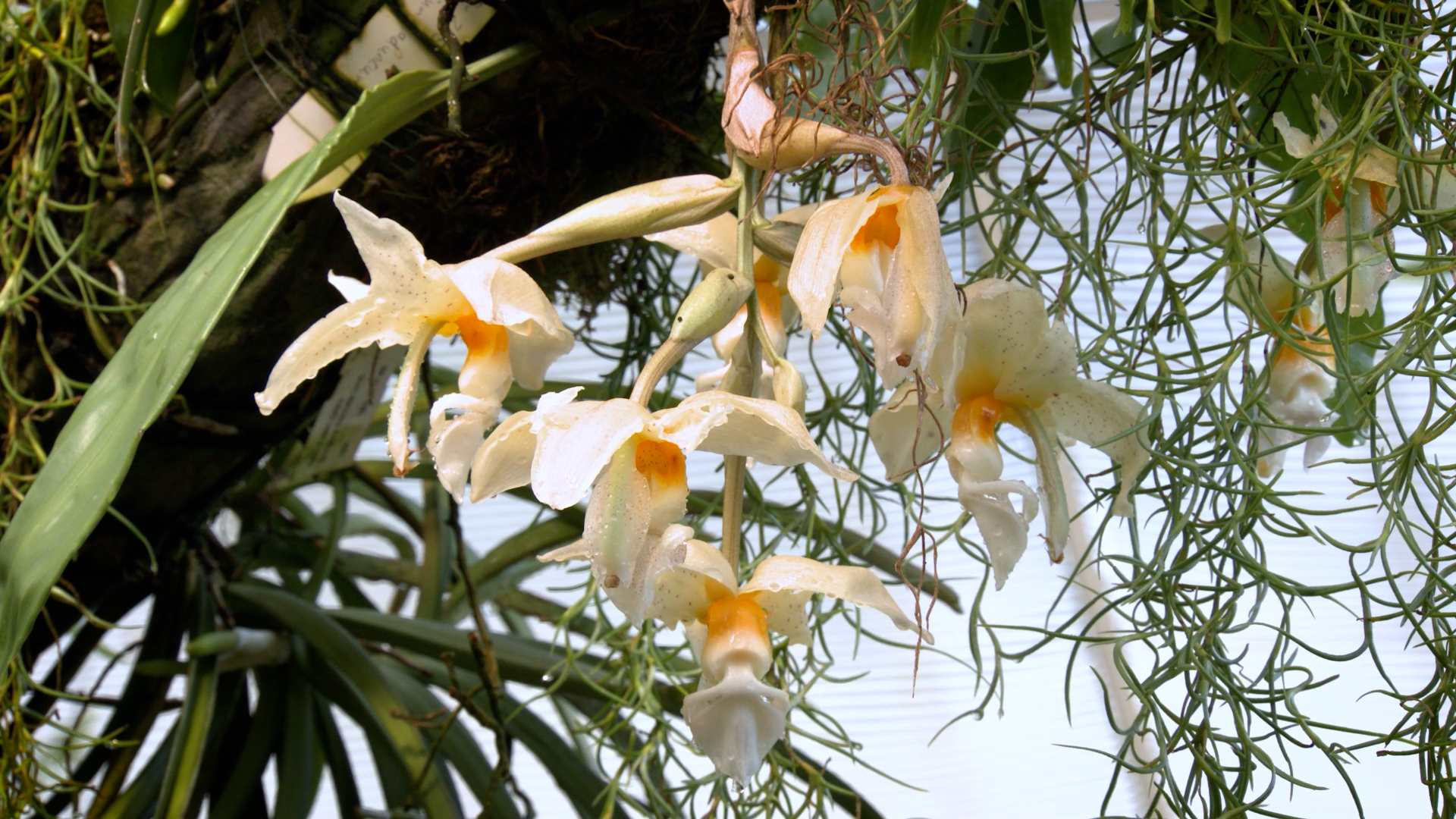 One of the flowers at Kew Gardens' orchids zone. The petals of the flower are unique because they feel similar to plastic.

One of the flowers at Kew Gardens' orchids zone. The petals of the flower are unique because they feel similar to plastic.

Rare orchids are protected under the same international wildlife laws as rhinoceroses and tigers, but stopping them being trafficked around the world is much harder.

"When a box of plants comes in, which is not in flower, then most customs officers won't be able to tell you that they're orchids. They don't know whether they're orchids or some other tropical plants," Fay said.

Collectors often know just what they are looking for, which keeps Kew Gardens' security teams on high alert.

"We've caught people climbing over the wall, our perimeter wall in the past," said John Deer, Kew Gardens' security manager.

"They've been caught trying to break into buildings. We've also had people visiting and taking cuttings of plants."

Surveillance runs around the clock, 24/7, 365 days of the year. The rarest, most delicate orchids stay locked inside glass cabinets.

"We don't want to lock everything away. It's nice to be out for the public, for the visitors to come in and see some of our orchids," Deer said.

"They are the ones that I spend my time trying to protect to make sure we've got the right security around to protect those."

Kew's lush glasshouse is crammed with samples collected over centuries, so scientists now have the tools and technology to reintroduce some rare species back into the wild.

But mindful of modern orchid mania, don't expect anyone to reveal where to find them.