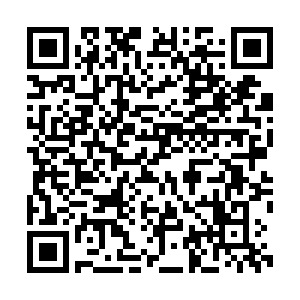 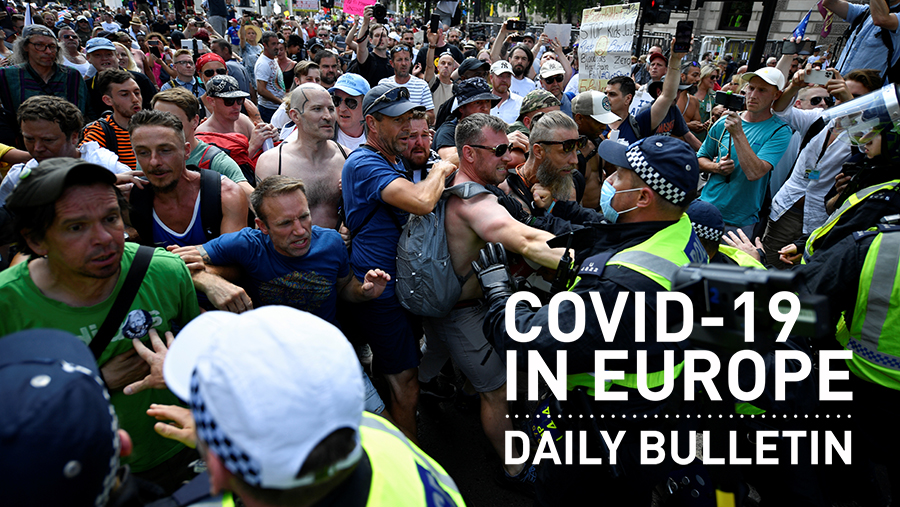 Protesters scuffle with police in London during a demonstration on the day most COVID-19 restrictions were lifted in England. /Reuters/Beresford Hodge

Protesters scuffle with police in London during a demonstration on the day most COVID-19 restrictions were lifted in England. /Reuters/Beresford Hodge

• Dominic Cummings, former adviser to the UK prime minister, has said Boris Johnson wanted to avoid a second lockdown last fall, because "the people who are dying are essentially all over 80," in an interview with the BBC.

• The French government approved a draft law on Monday which means people going into church services, cinemas, swimming pools and other public places with more than 50 people will need to show their COVID-19 status from tomorrow.

• The health pass will be required to enter French campsites and holiday parks that have swimming pools or entertainment venues. The pass provides proof of a negative PCR test, full vaccination or having developed antibodies from contracting the virus in the past six months.

• EasyJet announced it will increase passenger capacity from 17 percent to 60 percent for the summer season, until September, hoping to "capitalize on the opening-up of travel in continental Europe."

• In the past week, more than 1 million children were not in school in England for coronavirus-related reasons, according to UK government statistics.

• The post-pandemic global recovery is driving carbon emissions to an all-time high, according to the Paris-based International Energy Agency (IEA). The IEA estimates that, at this rate, CO2 emissions will reach record levels by 2023.

• The total of positive cases in Tokyo relating to people involved in the Olympics rose to 71. Olympics chief Thomas Bach admitted that "there were sleepless nights," but that "cancellation was never an option."

• Major Olympics sponsors, such as Panasonic and Fujitsu, have announced they will not attend this week's opening ceremony.

• India's COVID-19 death toll could be up to 10 times higher than the one reported by authorities, according to a study by the Center for Global Development, which estimates up to 4.7 million people had died in the country since the beginning of the pandemic.

• A U.S. federal judge upheld the decision of Indiana University to require 90,000 students and 40,000 staff members get vaccinated, with exemptions on religious or medical grounds, in a case brought by eight students.

From the end of September, by which time all adults will have been offered a vaccine, nightclubs and other large venues will be legally required to bar customers if they have not had both their jabs.

The night hospitality industry says it will be discriminatory in favor of pubs and restaurants, which at this point have not been included.

There are also plans to allow staff in critical roles to continue working even if identified by the test-and-trace system as potentially exposed to an infected person as long as they take daily tests that deliver negative results.

A government list is expected soon, but it's widely thought to include health service workers, border control, food industry and utility staff and others.

Should women use different family names to men?

The government says there will be a "trial period" lasting for approximately a week to bring in the new COVID-19 restrictions regarding the health pass.

From the beginning of August, people going to public places such as cinemas, museums and restaurants will be required to show proof they have either been vaccinated or recently tested negative for COVID-19.

The health pass will also be required in shopping centers bigger than 20,000 meters squared. The Council of State, the country's highest constitutional body, approved the new legislation, paving the way for lawmakers to debate compulsory vaccination for healthcare workers and the health pass today.

The government says people testing positive for COVID-19 must now spend 10 days in self-isolation but that there will be no checks between 11 p.m. and 8 a.m. to make sure you are at home.

The Atlantic coast city and tourist hotspot La Rochelle has reimposed the obligation to wear a face mask outside in public (apart from at the beach and in parks). 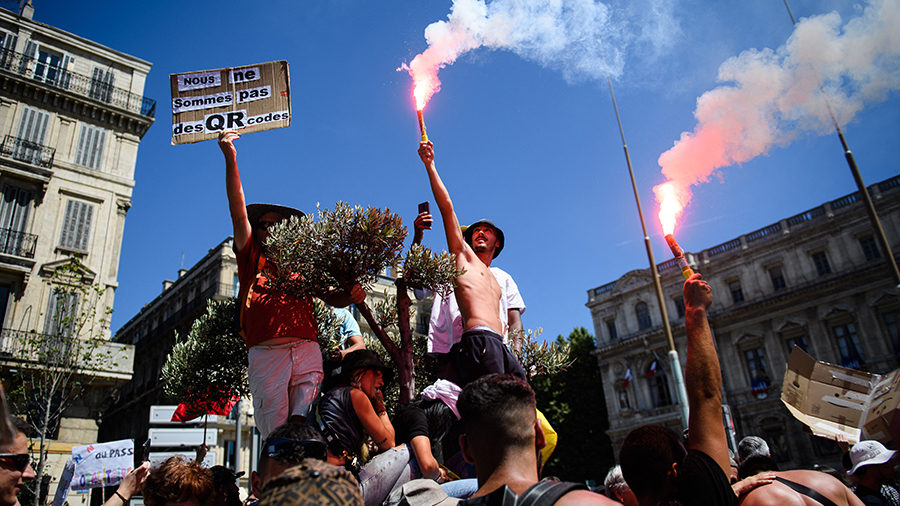 A protester in Marseille holds a placard reading 'We are not QR codes' during a demonstration against the new COVID-19 safety measures including a compulsory health pass called for by the French government. /Clement Mahaoudeau/AFP

A protester in Marseille holds a placard reading 'We are not QR codes' during a demonstration against the new COVID-19 safety measures including a compulsory health pass called for by the French government. /Clement Mahaoudeau/AFP

The Delta variant now makes up for 70 to 80 percent of cases in Czechia.

Data collected over the past two weeks by the Czech Institute of Health Information and Statistics show it is by far the most dominant strain, taking over from the Alpha variant, which was circulating heavily at the beginning of the year. The Alpha variant now only makes up about 10 percent of cases in the country. Scientists have also detected a case of the new Delta Plus variant in the country's South Moravian region.

Czechia was hit heavily by the third wave of COVID-19, recording more than 30,000 deaths. Cases have been rising slightly in recent weeks, but the R number has fallen below one again. A local virologist announced yesterday that the country is close to achieving herd immunity through vaccinations and previous infections.

CGTN Europe: One year on from the 'end of pandemic' street party across a Prague bridge

CGTN America: The Americas account for a quarter of global COVID-19 cases, 40% of deaths: WHO

CGTN Africa: Africans deserve to grow with the rest of the world