Download
In graphs: The UK and COVID-19
Alex Hunt 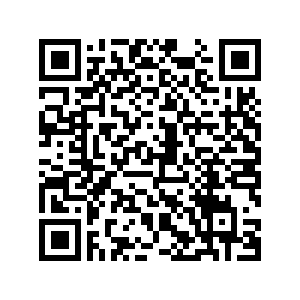 The UK's COVID-19 cases topped 50,000 on Friday, the highest since January. Earlier in the pandemic, these levels of infections would have led to a national lockdown. But this time, England is about to sweep away most of its remaining COVID-19 restrictions on Monday.

The UK government argues high vaccination rates mean the direct link between cases and hospitalization and death has been broken, or at least weakened. The COVID-19 rules are devolved issues, so Scotland, Wales and Northern Ireland will retain some restrictions such as face masks indoors, despite that requirement ending in England.

But critics say hospitalizations and deaths are increasing, albeit from a lower base and also raise issues such as the impact of so-called Long COVID-19, as well as more cases raising the risk of more variants emerging.

As the debate continues, here is the current situation in a series of graphs, beginning with numbers of confirmed cases: 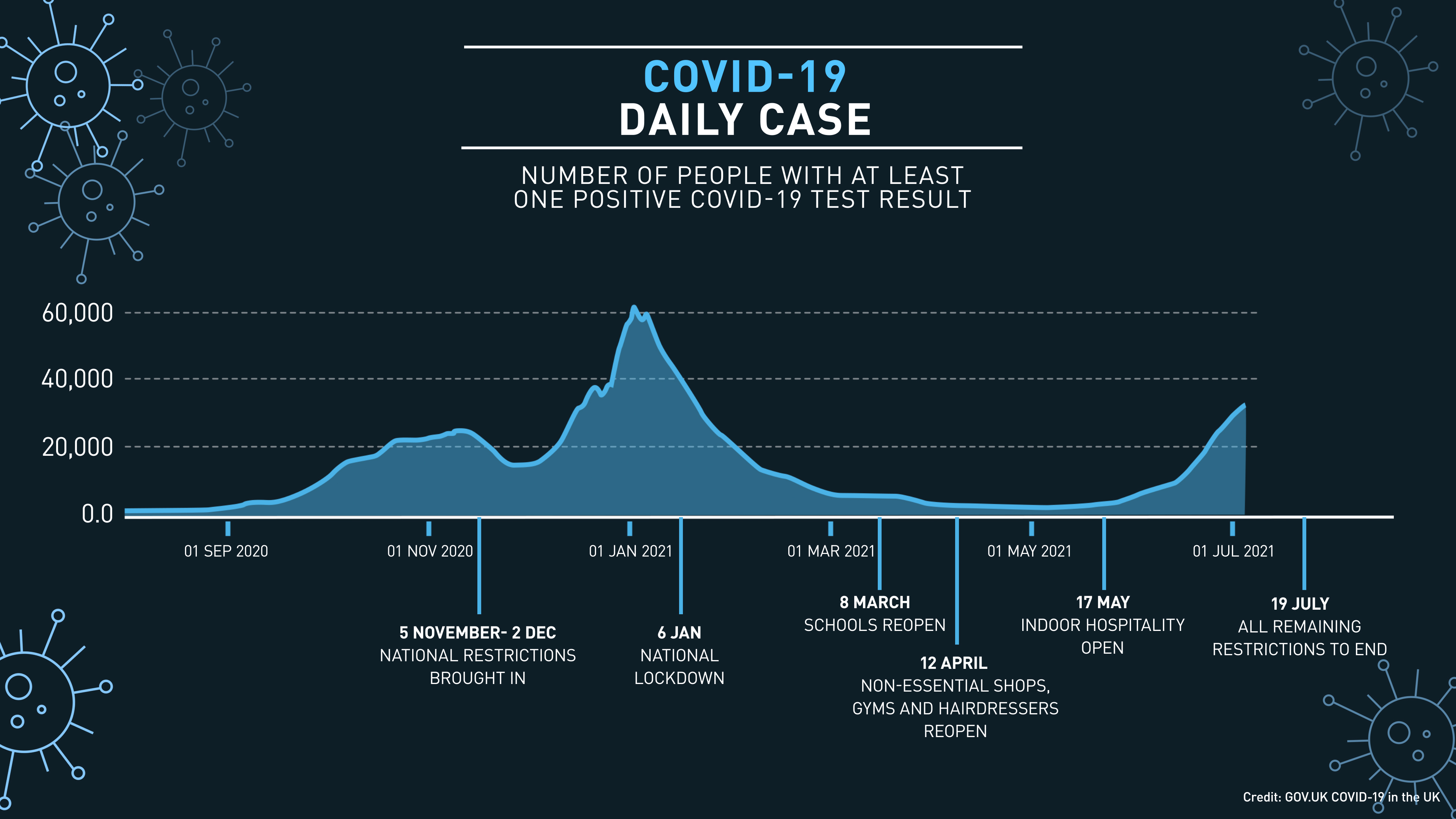 There has been a surge in positive tests, mainly as a result of the Delta variant.

There has been a surge in positive tests, mainly as a result of the Delta variant.

There were just over 4,000 hospitalizations across the past seven days – up 43 percent on the previous week. But so far that remains much lower than the rates recorded during the peak in January: 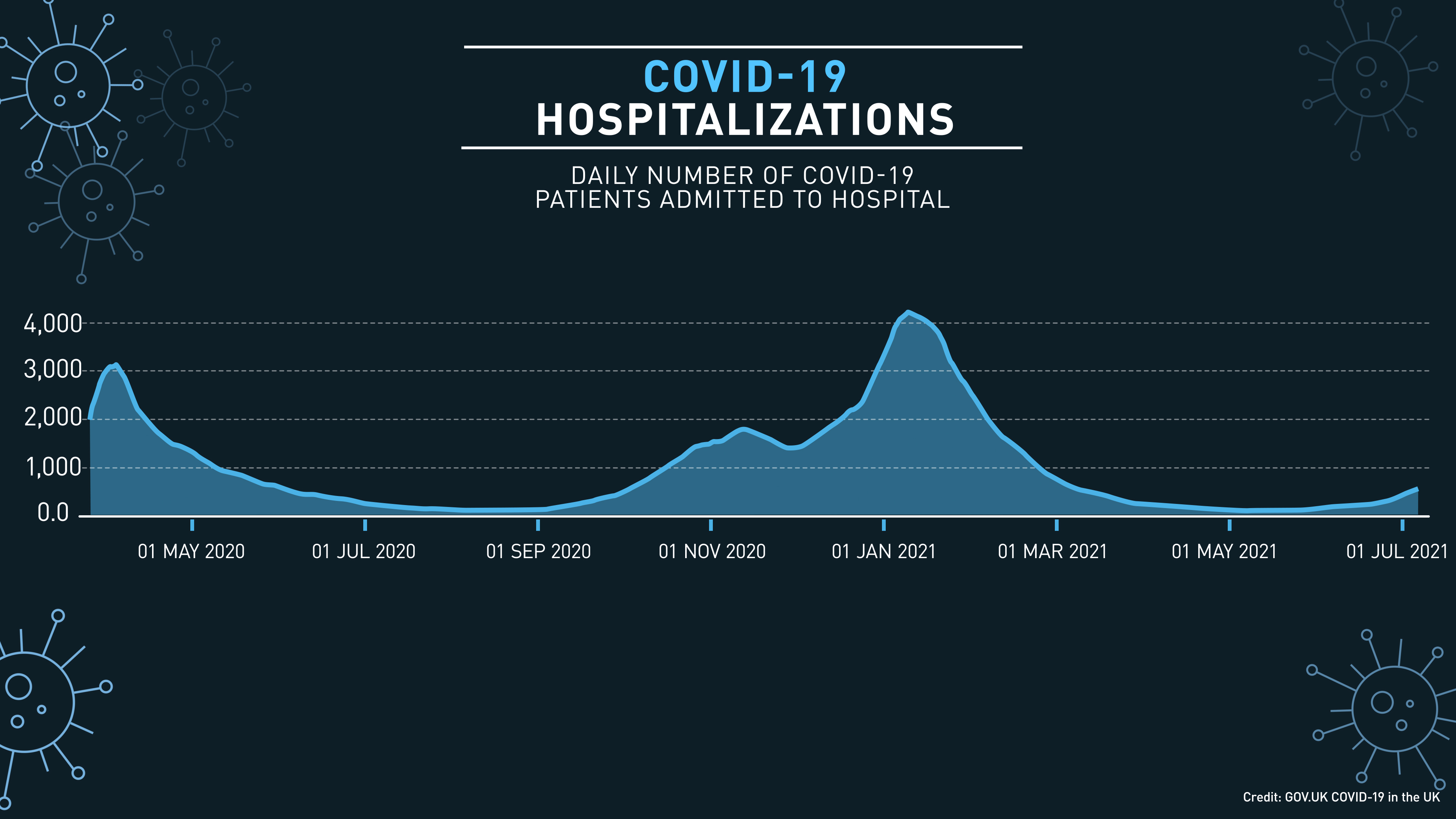 The number of cases is at its highest since the beginning of the year.

The number of cases is at its highest since the beginning of the year.

In the past seven days, there were 277 deaths within 28 days of a COVID-19 test reported – a rise of 57 percent on the previous week: 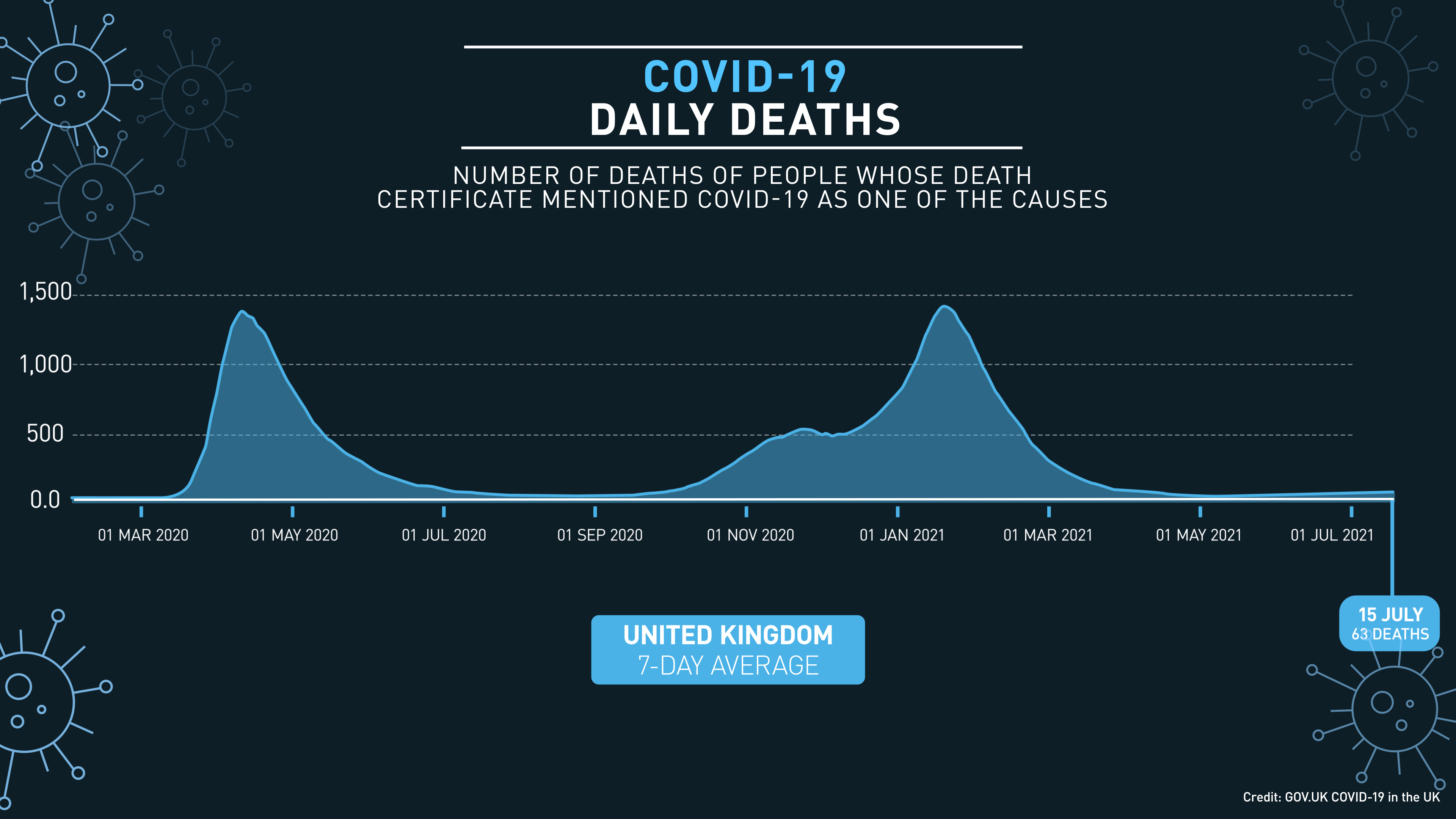 The number of deaths remains low.

The number of deaths remains low.

The main reason the UK government has decided to change strategy and unlock, even as cases continue to rise rapidly, is that it believes the widespread vaccination of people, especially the elderly and other vulnerable people, will ensure that hospitalizations and deaths will not rise as much as in previous waves. The race is on now to get as many younger adults – who currently have by far the highest rates of infection – vaccinated: 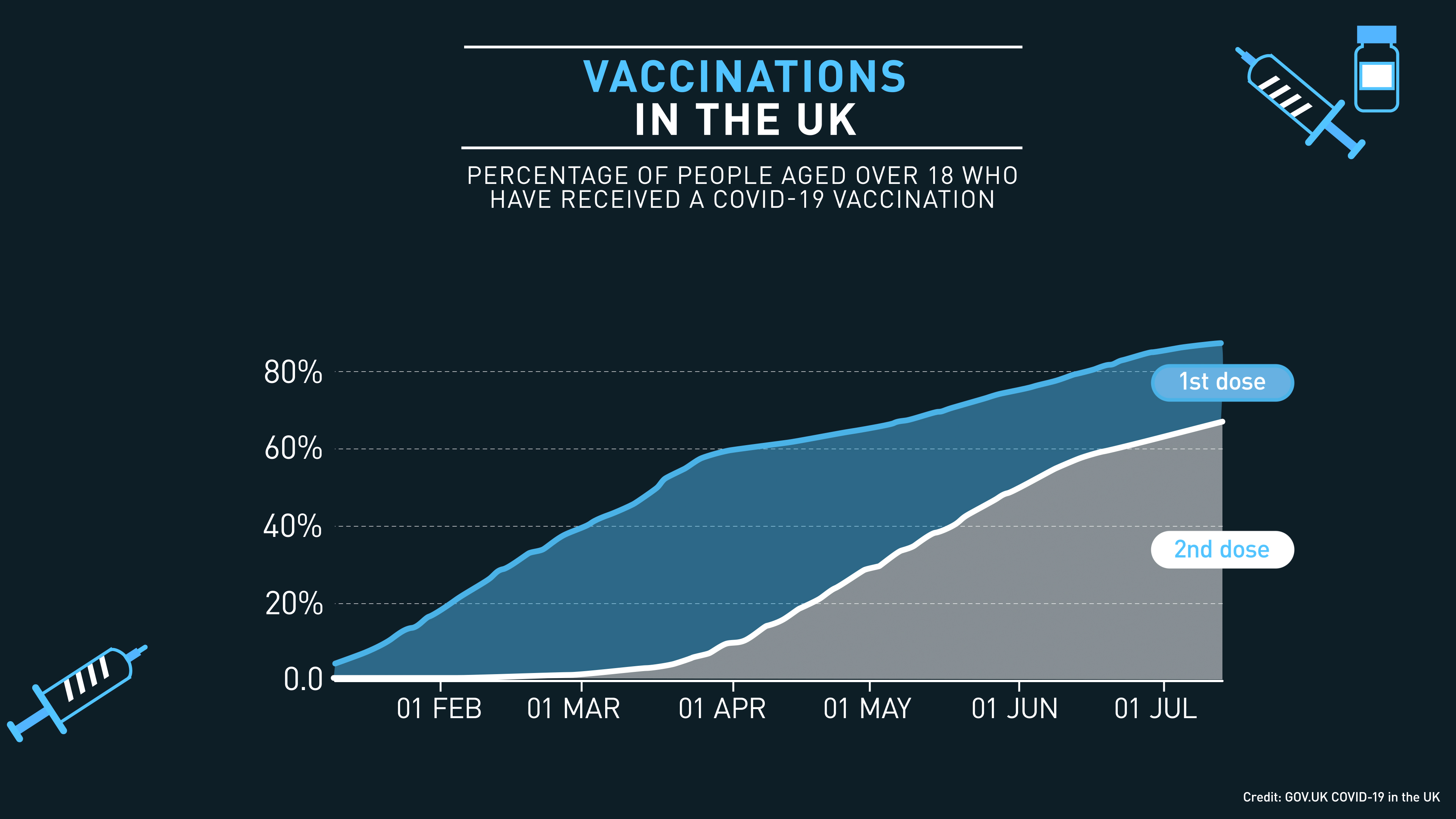 More than 60% of adults have been vaccinated in the UK.

More than 60% of adults have been vaccinated in the UK.