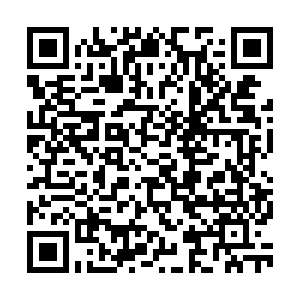 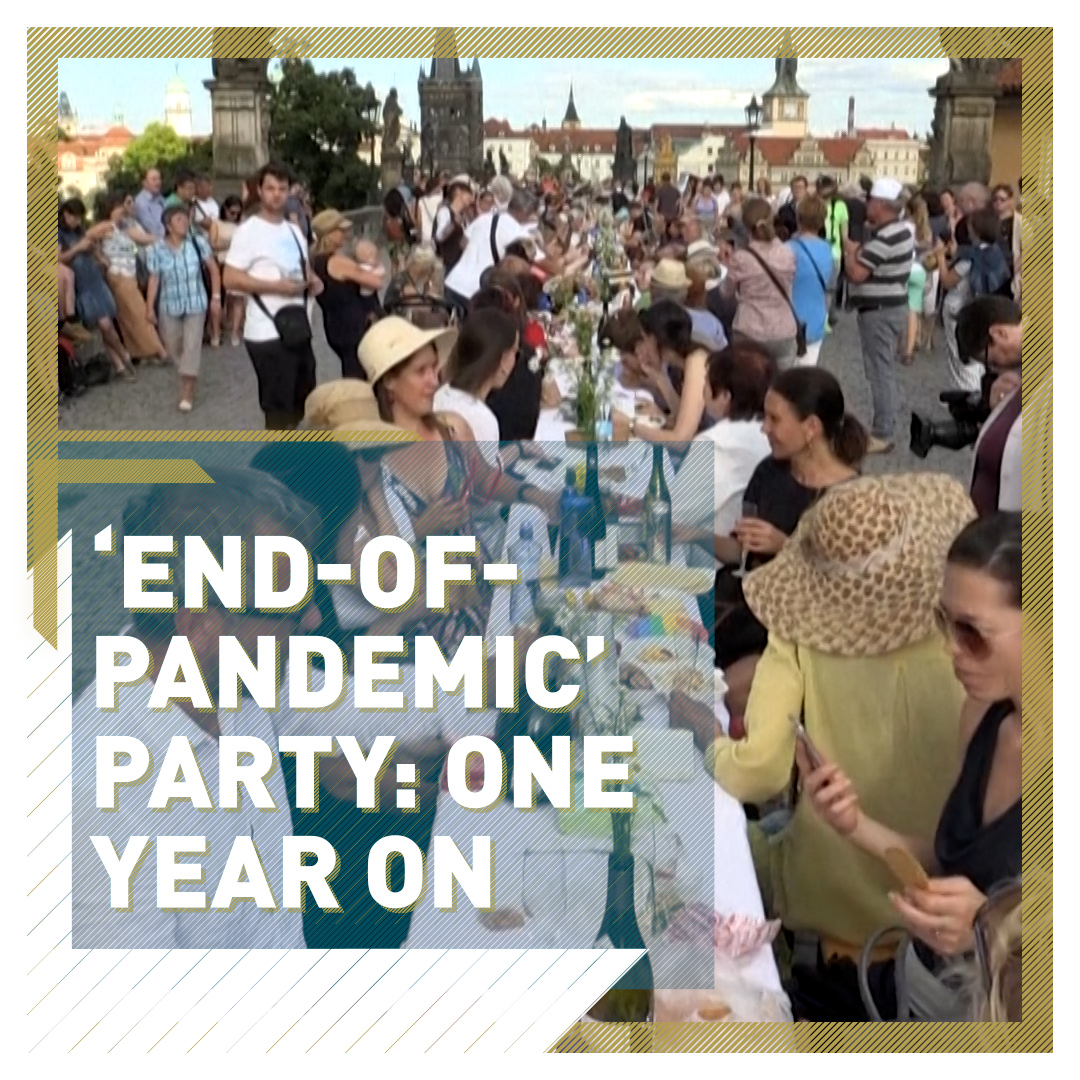 A year ago, a crowd of people gathered around a 515-meter-long table on a bridge in Prague to celebrate what they hoped was the end of the pandemic. For those who went out that day on June 30, 2020, the pandemic was a world away from what it would become only a couple of months later.

Bands played for the attendees on the 14th-century Charles Bridge crowded with people who ate, drank and even played chess. At that point, Czechia had only reported around 12,000 cases and 350 deaths.

Only around 15 new infections were reported a day at that point in the whole country, making it seem to many that the worst was over.

"We want to celebrate the end of the coronavirus crisis with people meeting up and showing they're no longer afraid to meet others. That they aren't afraid to accept a bite of a sandwich from someone," Ondrej Kobza, the organizer, said at the time.

Czechia went on to be hit by one of the worst second waves in Europe. Between the following October and March, cases would skyrocket to sometimes reach 10,000 new infections a day and now has the fourth-highest death rate per capita. 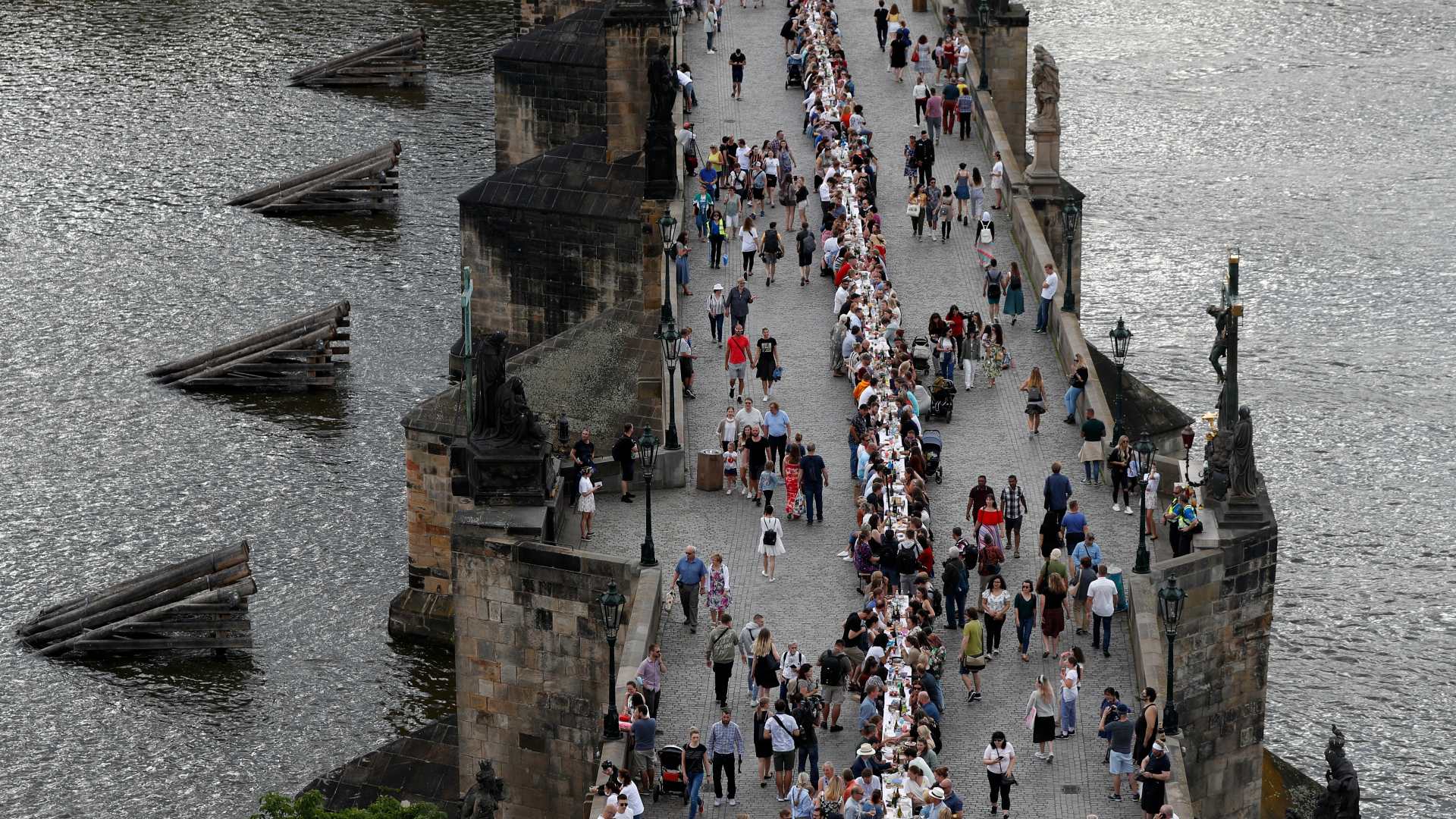 An aerial image of the party celebrating the end of the pandemic in June, 2020. /AP/ Petr David Josek

An aerial image of the party celebrating the end of the pandemic in June, 2020. /AP/ Petr David Josek

So how does the organizer feel about the event one year on?

"At that time, there were low numbers of patients and at the time it was safe. Yeah, nobody knew what was to come," Kobza told CGTN Europe.

"At the time, I was really happy ... that we could [get together] on something like a sacred place."

The location was symbolic. "Some cities have a cathedral, but we have a bridge like a cathedral," he said, adding that the initial party was like a ritual where people, whether friends or not, could all sit and eat together.

"I hope I will continue in a safe time," he said. "But I want to continue with these types of activities in Prague and maybe in other cities in the whole world."