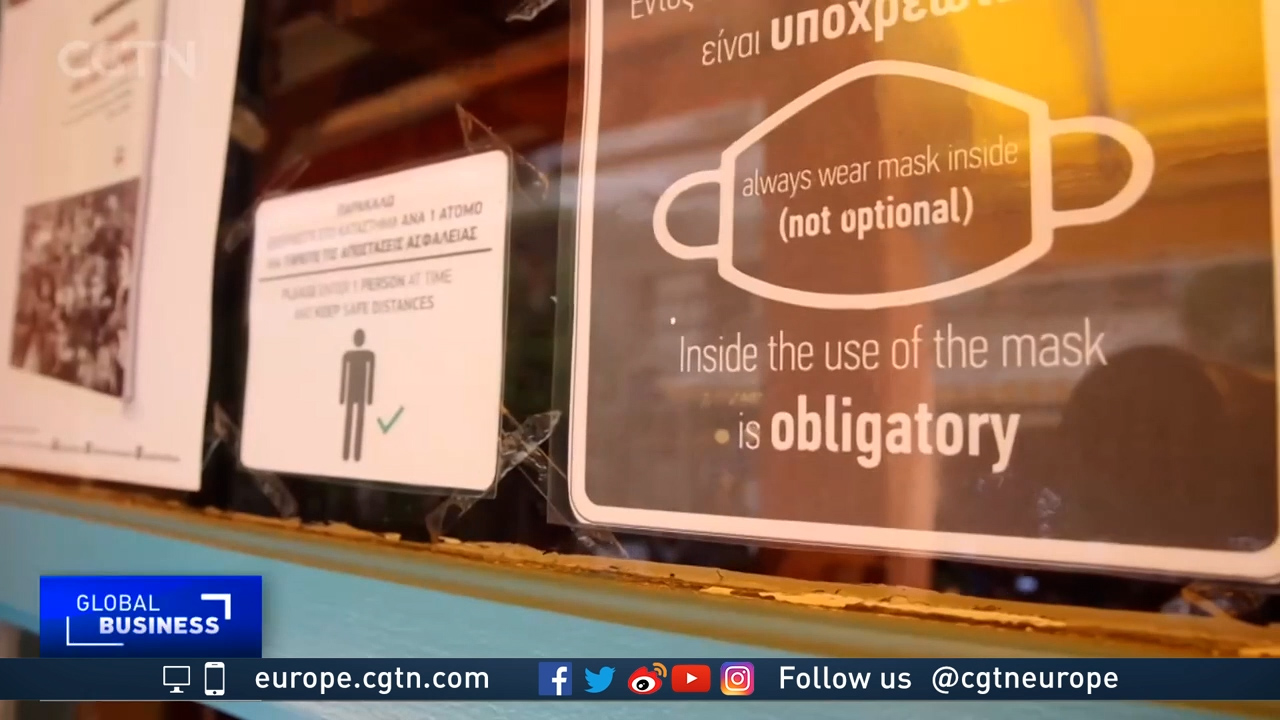 The number of infections is increasing in Greece and the Delta variant is now the predominant variant in the country, forcing many regions to be placed on higher alert.

Central, northern and western parts of Athens, the broader areas of eastern and western Attica and the port city of Piraeus have all been put on the second-highest transmission alert level.

And yet things look pretty much back to normal for many strolling on the streets of the nation's capital, as most cafes and restaurants are now open.

The latest measure that kicked in on Friday allows only fully vaccinated people to be seated indoors at cafes, restaurants and bars after presenting proof of vaccination and logging on to a government website – a sign of the careful balancing act between keeping the country safe and boosting its economy.

But the increase in cases worries public health officials, who see it as a dangerous combination of both low vaccine counts and the rampant Delta variant.

So far, the country has had 450,000 confirmed cases and around 13,000 deaths. Around 40 percent of the population has received both vaccination doses.

In response, the country's prime minister announced a new mandatory policy earlier this week that healthcare workers in Greece will be suspended if they refuse to get vaccinated.

Staff at nursing homes will be suspended starting August 16 if they fail to book a vaccination appointment, with a similar policy to follow in September for workers at state-run and private hospitals.

Infections in Greece have been increasing since late June, with authorities blaming carelessness at bars and restaurants.

Image credit: Tourists near the Greek parliament in central Athens on July 14, 2021.