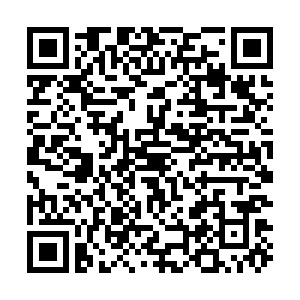 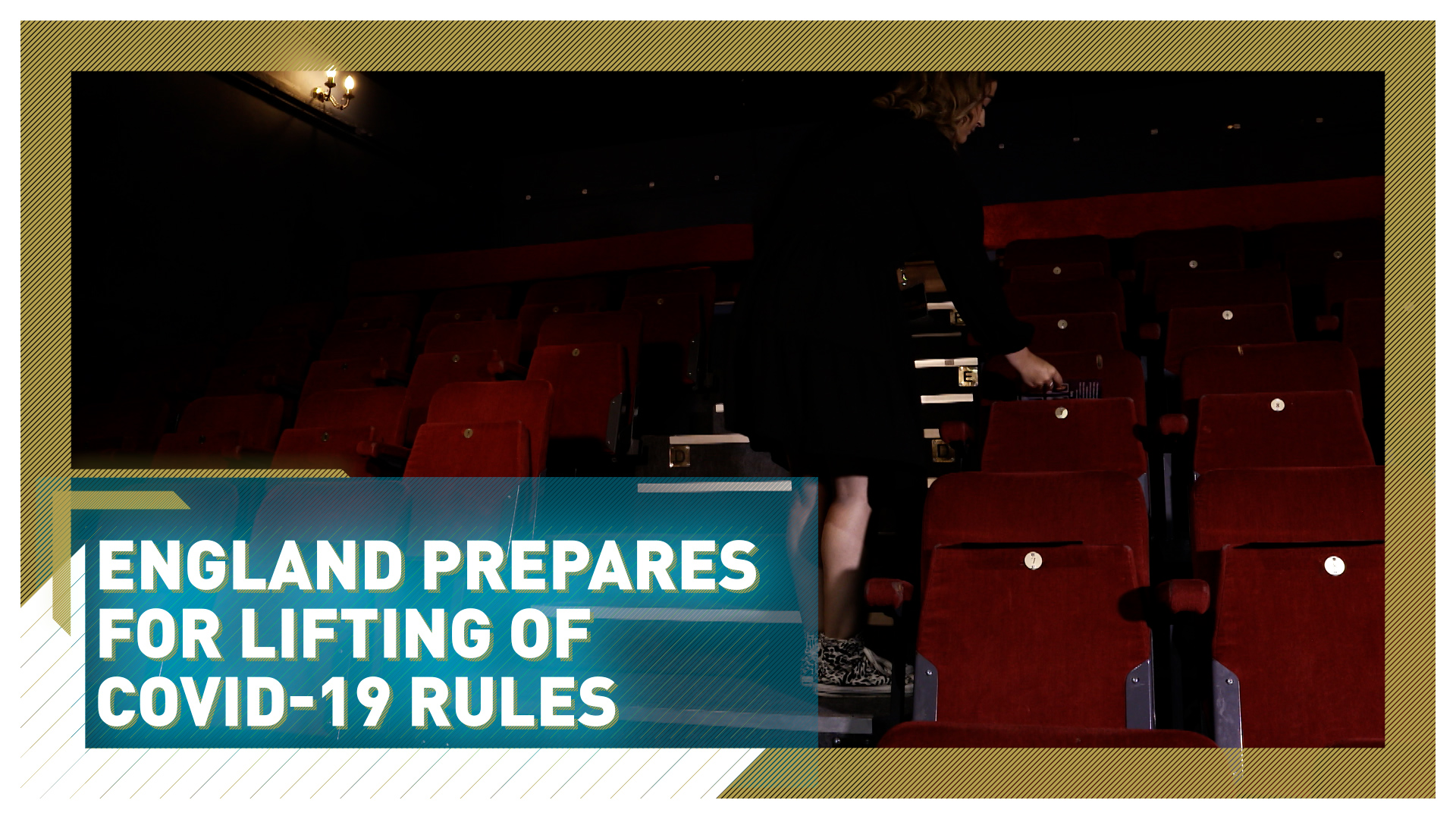 COVID-19 cases and hospital admissions in England are up, yet with 65 percent of the adult population double vaccinated, the UK government is lifting restrictions in England from Monday in a bid to restore normality. The decision is divisive, but the alternative could mean a wave of business failures and job cuts.

Staff at the Tabard pub in Chiswick, West London have become accustomed to adapting the way they work as the rules and regulations changed at various stages of the pandemic.

"It was very hard closing and reopening the pub... three times now," said Victoria Uzdavinyte, assistant general manager. "We lost so much money because all of the beers and food would go out of date.

"Instead of just working in a busy bar, we have been operating like a restaurant, with a host, a booking system and lots of measures in place to make customers and staff feel safe."

Now with July 19 firmly in the diary to open up fully, her team can't wait to draw in the crowds again.

"We have 100 people booked in to take up the entire beer garden," she said.

It has been an especially stop/start year for the Chiswick Playhouse – a cosy theater that longs to play again to a full house.

"We run on ticket sales alone, we don't receive any private funding, so to only have half the capacity then halves the amount of money that we then have available to spend," said Sophie Kohl, assistant producer at the playhouse. She is also currently working on new musical From Here.

The theater company that is putting on the show was forced to totally rethink the finances at short notice when the removal of social distancing guidelines was delayed by a month in June.

"After paying members of staff, then paying cast members and then the whole behind-the-scenes thing, marketing, all of that, it has taken a massive hit," she said. 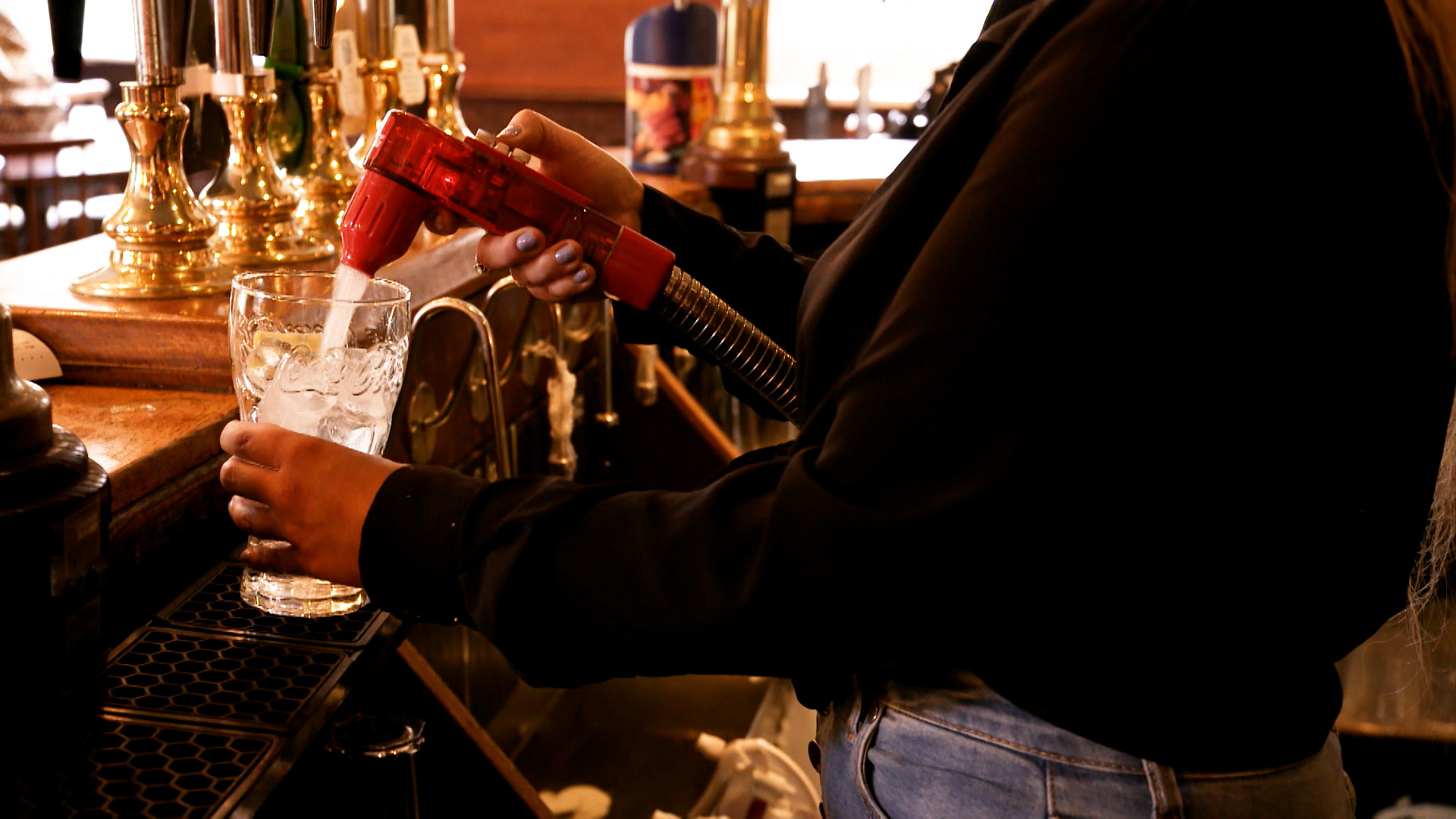 Some pubs in England are still imposing their own restrictions, despite the obligatory rules being lifted on July 19. /CGTN

Some pubs in England are still imposing their own restrictions, despite the obligatory rules being lifted on July 19. /CGTN

The Centre for Economics and Business Research (CEBR) said COVID-19 was the main cause of the $348 billion drop in the value of UK goods and services over the past year.

Forecasters warn that not fully opening up the economy could cost upwards of $76 million a day.

"In the entertainment sector, earnings are still way below where they were pre-pandemic," said Vicky Pryce, chief economic adviser at the CEBR. "Hospitality has suffered and the concern is that unless they have a period of solid growth over the next few months, they won't be able to recoup all the losses they have made over the period of closures that we've seen."

Big government intervention has meant a year of unprecedented Treasury spending – with the Bank of England printing money to pay for it. The true cost may be yet to come, when wage subsidies and business support schemes wind down.

"Looking at what businesses need to survive and not go under is absolutely the priority because the environment is still pretty fragile and we've seen what's happening also on the export front – on top of that, there is Brexit, which is adding to the uncertainty," Pryce said.

"I think it's going to be a pretty tough period to get the balance right for the government."

That is why many pubs, restaurants and retailers are keeping certain restrictions in place, from mask-wearing to creating social distancing zones, so customers and staff feel safe.

"There is a concern that the bounce-back we have seen for the consumer in recent months might fizzle out because people will be more worried about the likelihood of catching the disease again," said Pryce.

"If that is the case, then it will definitely slow down the recovery."

The UK government hopes a consumer spending splurge will kick-start it all. But it will be a long time before the economy is back to anything like it was.