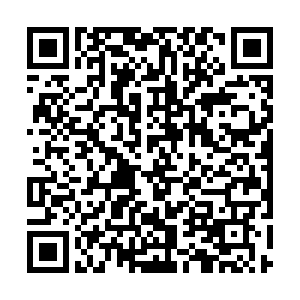 · New figures from the Netherlands show a 500 percent increase in COVID-19 cases since government restrictions were lifted. The figures were released a day after Prime Minister Mark Rutte apologized for the premature relaxation. Officials said 37 percent of cases were picked up at hospitality venues such as bars or clubs, according to contact tracing.

· Transport for London will insist all but exempt passengers wear face coverings on trains, trams and buses. London's Mayor Sadiq Khan said the measure would help to control the Delta variant and make at-risk Londoners feel more at ease. The decision came just two days after the government confirmed face masks would no longer be a legal requirement.

· The UK's navy has confirmed outbreaks onboard its new flagship aircraft carrier HMS Queen Elizabeth. A spokesperson said: "A small number of crew from the Carrier Strike Group have tested positive for COVID-19." The group is a quarter of its way through its maiden 28-week global voyage.

· It's Bastille Day in France and, despite restrictions and a limit on numbers, there will be a return to the traditional military parade in Paris. Only fully vaccinated people or those with a negative test will be allowed on a small stretch of the Champs Elysees or near the Eiffel Tower for the fireworks display.

· EU ambassadors will meet to discuss the travel restrictions on the continent. Slovenia, which currently holds the Council's presidency, is concerned some countries are imposing stricter rules than previously agreed. It's all part of the balancing act between COVID-19 safety and supporting tourism-based economies.

· Malta has quickly backtracked on its plan to ban unvaccinated travelers after the EU made its displeasure clear. Maltese authorities explained they had "amended a travel ban for all those who enter the country but do not have their double vaccination certificate," but those who do have both jabs will not have to quarantine. 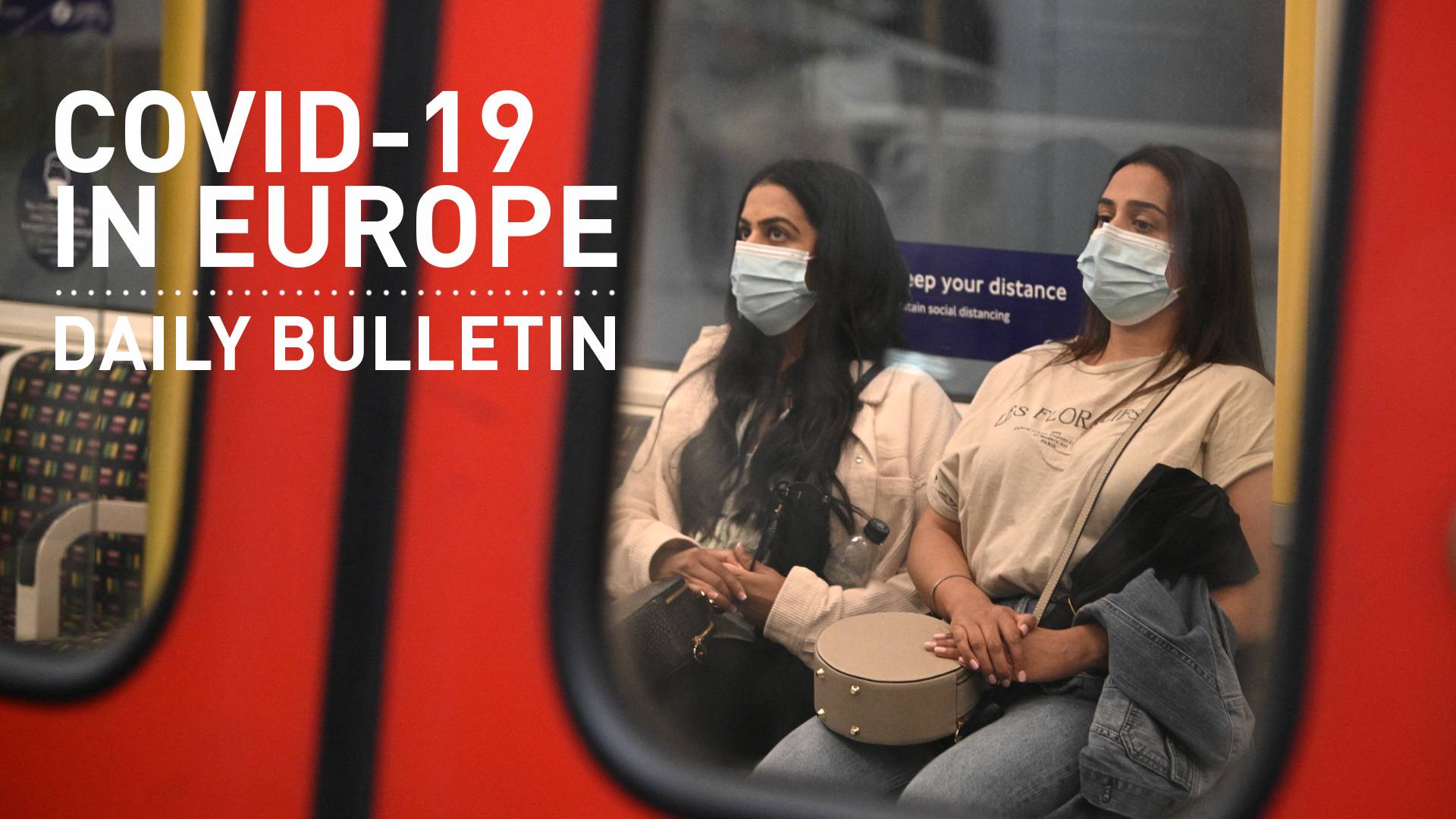 ​Belgium's infections have tripled in the past three weeks, now clocking in at more than 1,600 a day, with a reproduction rate of 1.5, according to virologist and interfederal COVID-19 spokesperson Yves Van Laethem. For now, the new infections are mainly found among young people, but Van Laethem warned it could soon spread to more vulnerable groups.

"The virus is once again circulating strongly in the population. If the upward trend continues, it will gradually affect older people. Not everyone is vaccinated yet," Van Laethem said in a press conference on Wednesday morning. Two-thirds of the new infections are now linked to the highly contagious Delta variant. At the moment, hospitalizations and deaths remain low – at 17 and two a day, respectively.

Face masks will continue to be compulsory on London's transport network, even after national restrictions are lifted in England on July 19. Transport for London's decision will affect the city's subway and bus services, among others.

Meanwhile, around 1,200 scientists have urged the government not to lift all coronavirus measures on July 19.

Writing in the respected medical journal The Lancet, they claimed the decision was "unethical" and the policy of opening up was "unscientific."

And the UK's inflation rate hit its highest for nearly three years, rising to 2.5 percent in the year to June. 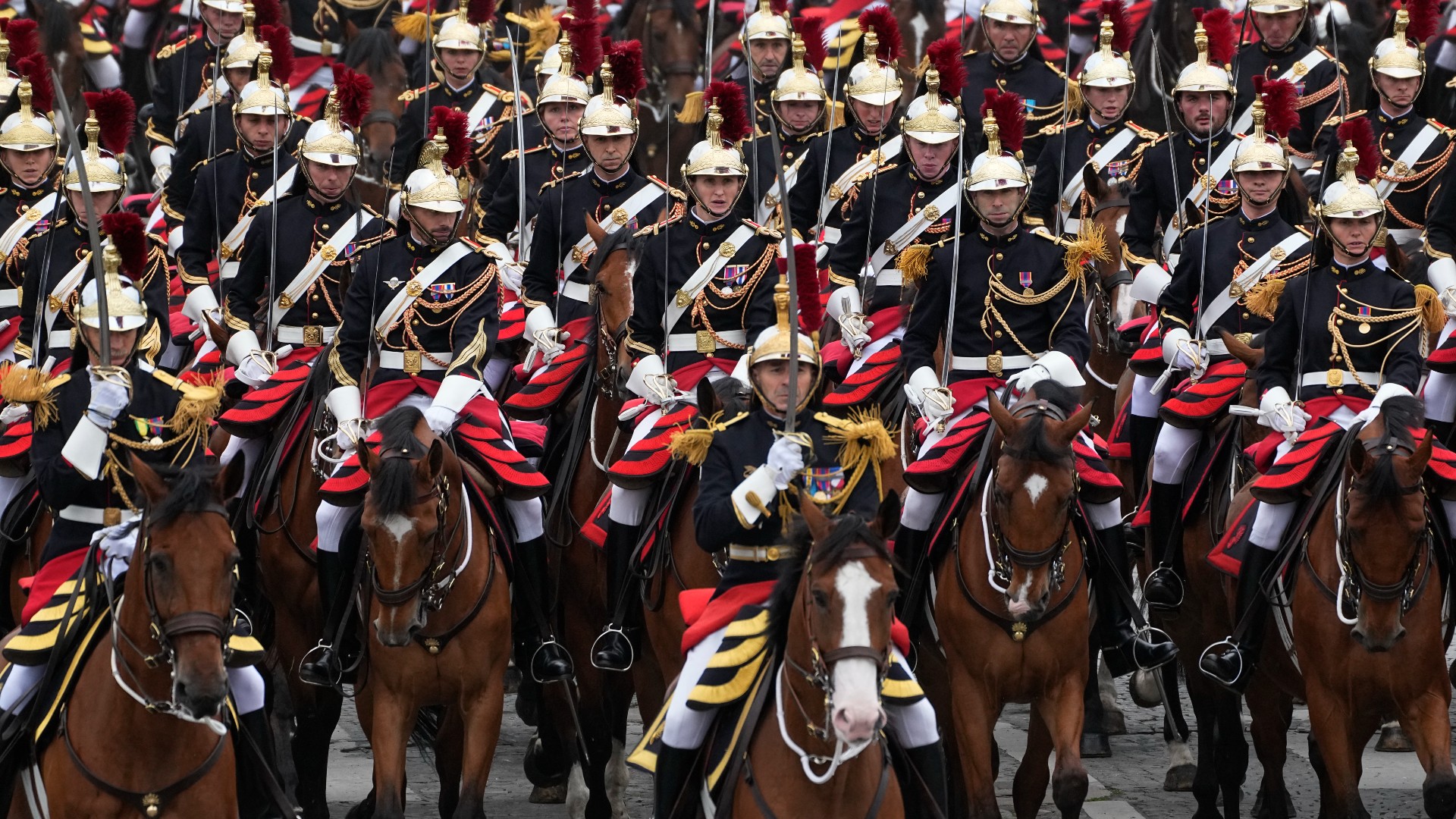 The Champs Elysees was packed with military personnel but only limited spectators for Bastille Day, due to local restrictions. /Michel Euler/AFP

The Champs Elysees was packed with military personnel but only limited spectators for Bastille Day, due to local restrictions. /Michel Euler/AFP

Hungarian virologist Gabor Kemenesi has warned of a fourth wave of COVID-19. In a social media post, he predicted cases will increase particularly among young Hungarians and those who are not vaccinated and the number of deaths to rise particularly around the fall.

He urged more people to be vaccinated and given better access to the vaccine program, which has started to wind down – and that those who need it should be given a booster shot. It's expected the Hungarian government may make an announcement on the possibility of a third vacation on Wednesday.

Budapest's Metropolitan Municipality has been offering testing for antibodies after full vaccination, 24 percent of over-60s vaccinated with Sinopharm showed insufficient antibodies, a total of 294 people. Seven people who had the Sputnik V jab and two people who had the Pfizer shot had the same result. Budapest's mayor is calling for free screening and for a third jab if needed. The testing program was launched last week.

Germany says requiring people in some professions to get vaccinated could endanger the public's trust. Chancellor Angela Merkel urged the public to get vaccinated on their own accord, following a visit to the government's agency for disease control and prevention on Tuesday.

The appetite for vaccinations has slowed in recent weeks and Merkel told reports that the nation is "still a long way off" from meeting the vaccine quota needed to stop aggressive new variants. According to recent data, 43 percent of Germany's population is fully vaccinated.

More second doses are expected in the coming weeks, but the demand for initial vaccinations has dropped off steadily since June.