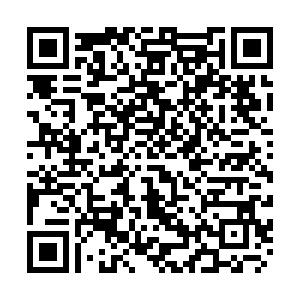 Croatians in the southern Dalmatia region say they are suffering from increased wolf attacks on their livestock. But are humans actually to blame?

Ivan Tesija is a farmer, and organizer for the Croatian farmer's union. He described recent events as a "plague."

"The problem with wolves in Croatia is a major one, it's simply a plague and people do not know how to defend themselves."

In April, one farmer reported 90 sheep in his flock were killed in one night. Days later a wolf was killed and its body was displayed in the village.

Croatians were allowed to shoot a certain number of wolves under a so-called "culling quota," which started in 2005. But it was banned again in 2013 to protect the wolves, which were in danger of dying out.

While some people want to see a return to the annual culls, animal rights campaigner Luka Oman, head of Animal Friends, said wolves shouldn't be punished for human errors.

"We are the ones who created this mess, so we should be the ones to solve it and not make wolves pay for our mistakes," he said.

"The wolf always attacks with a reason and man is always behind that reason. Either sheep are not guarded well or the wolf does not have enough food in nature or its habitat is being constantly reduced," Oman explained.

There are an estimated 160 wolves in the region between the Adriatic sea and Croatia's border with Bosnia and Herzegovina, but with the rise in "hybrid wolf-dogs," the small numbers have killed or injured around 3,000 animals in 2020.

"Hybrids are a huge problem – they are fearless, lack natural hunting instinct and go for easier prey," said veterinarian and hunter Boris Katic.

Wolf-dogs were bred in the country in the 1990s but can also occur when the wild male population falls and female wolves seek out other partners.