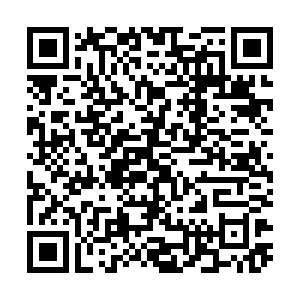 Italy has further eased its COVID-19 restrictions, with the first low-risk "white zones" reinstated since the beginning of the year.

In the biggest change, people at restaurants are now allowed to eat indoors.

Maurizio D'Anolfi, whose Pescara restaurant has been in his family for 70 years, said it is a big step in the recovery.

"It is a sign of relief after months of suffering – it is a rebirth and restart, for us and our clients. I hope we can all come out stronger," he said, holding back tears.

As COVID-19 restrictions ease, Italy is changing color. Now three regions – the island of Sardinia, Molise and Friuli Venezia Giulia are classified as low-risk "white zones," where closed businesses can reopen and there is no curfew.

All other regions are low-to-medium risk "yellow zones."

COVID-19: The women leading the way

The coastal city of Pescara was one of the first areas to be declared a "red zone" in the country's third wave of infection, now it's also on the verge of becoming a white zone.

The city's mayor, Carlo Masci, said it was a remarkable turnaround. "Finally, Pescara is the city that has the lowest contagion rate in Italy, when in February it had the country's highest infection rate.

"We worked well to make the right decisions and follow the rules."

It comes amid a steep decline in the national COVID-19 infection rate and daily death toll. On Sunday there were 44 fatalities, the lowest number in 24 hours since October.

Now almost 12 million Italians have been fully immunized and in another boost to the country's vaccination campaign, the injections will also be administered in pharmacies.

Marcello Alleva, the owner of a pharmacy on the Pescara riviera, said: "It is a big responsibility but, above all, a big response on behalf of the government to allow us to work on the front line.

"The more forces we have on the field that can help, the faster we will recover."

Next week, the national curfew will move to midnight and on June 21 it will be abolished.

The head of Italy's central bank believes the country's economy could grow 4 percent this year. A positive forecast on the first official day of the summer season.

"We are preparing for an important summer, because we're sure to fill our beaches with tourists," Masci said.