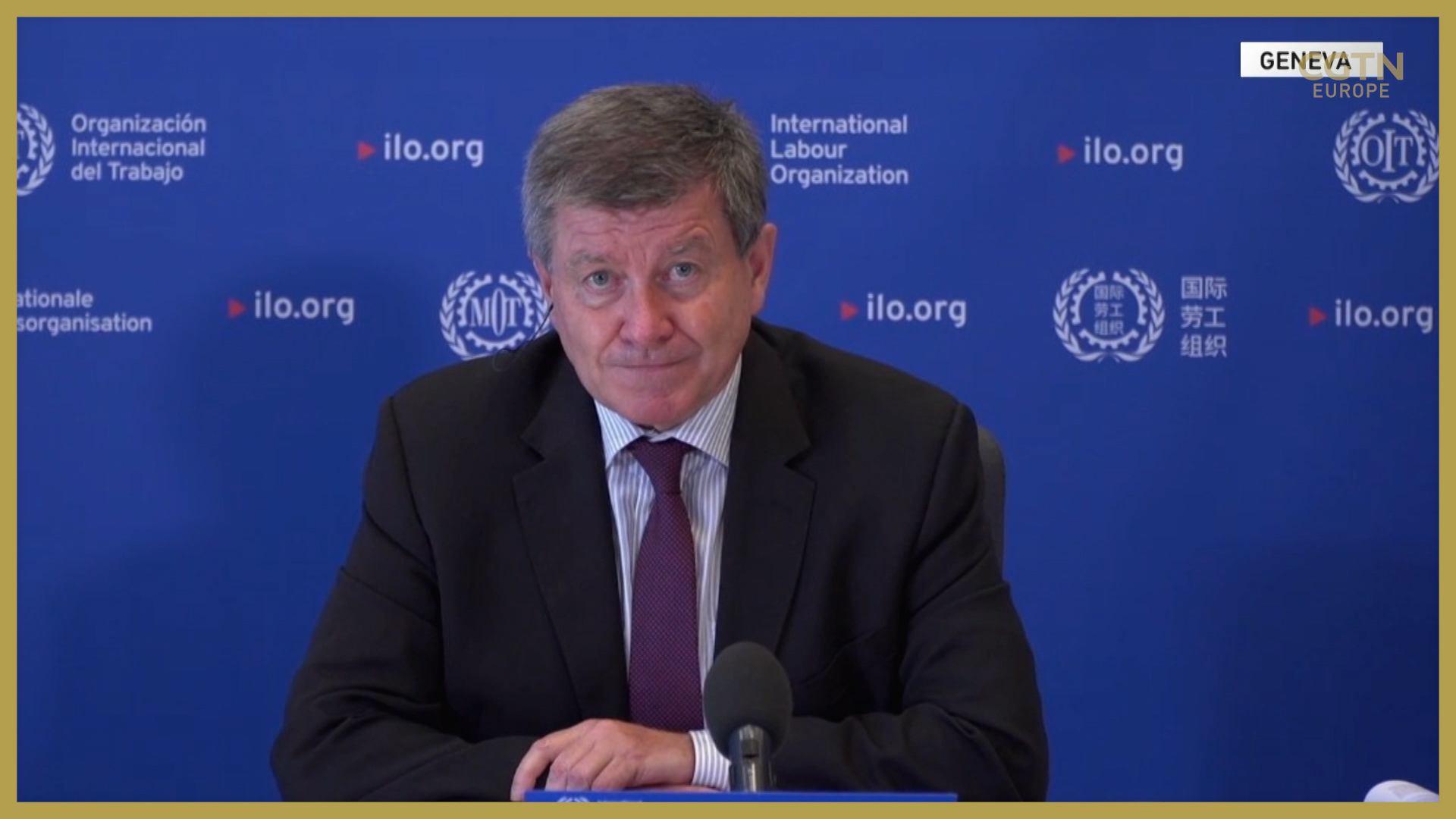 The COVID-19 pandemic has hit vulnerable groups hardest and as a global economic recovery accelerates it will only exacerbate inequality, the International Labor Organization (ILO) has concluded.

"The recovery, though important, will be incomplete. We won't be back where we started from. But perhaps more importantly than that is the unevenness of this recovery. Some are going to do quite well, others are going to have a hard time of it," Director General Guy Ryder told CGTN.

A report published on Wednesday found that the impact on jobs and incomes caused by lockdowns and other restrictions linked to the coronavirus had been four times greater than that seen during the financial crisis of 2008/9.

Next year 205 million people around the world will be unemployed, down from at least 220 million this year, but far above the 2019 level of 187 million. That equates to a jobless rate of 5.7 percent, compared with 5.4 percent two years ago.

Women, young people and those working in informal sectors of the economy have been worst affected.

"We really do believe that in the global response, as every country is grappling with their problems, we do need a bit of an international cooperation dimension in the recovery process," Ryder added.

He was speaking to CGTN Europe as part of the Innovation, Action, Change series exploring how the world is facing up to the challenge of poverty.

Five years of progress in reducing global poverty have been undone by the pandemic, according to the ILO report.

And just as vaccines used to fight the disease have been unequally distributed, with wealthy countries securing the vast bulk of available supplies, so have the tools needed to address its economic impact. Remote working, for instance, has helped many developed nations get a head-start in their recovery, but underfunded infrastructure in poorer regions has constrained opportunities.