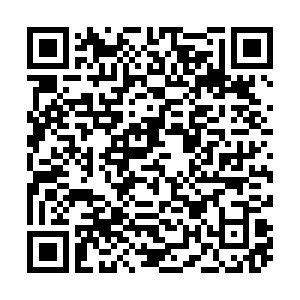 - Norway is set to introduce vaccine certificates from early June that will allow those who hold them to take part in events in the country. At the moment, a quarter of the population has received a first jab.

- Italy might allow tourists who have received a vaccine, recovered from the virus or can show a negative test to enter the country without mandatory quarantine as soon as this month, said Prime Minister Mario Draghi.

- UK Prime Minister Boris Johnson said it was "important" to try to hold face-to-face talks where possible when asked by Sky News if the G7 schedule was a mistake.

- The number of COVID-19 deaths in India rose to a record 3,780 in the last 24 hours. The WHO said India accounted for nearly half of the cases worldwide and one in four daily deaths globally.

- U.S. President Joe Biden announced his goal of getting 70 percent of the American adult population vaccinated by July 4. But experts say the country won't be able to reach herd immunity, as COVID-19 variants keep circulating and many are still hesitant to get the jab.

- Japan might extend its lockdown in Tokyo and other cities as infections keep rising, report local media. The capital is currently under an emergency 17-day lockdown until Tuesday.

- After three days of talks in London, G7 foreign ministers agreed to export surplus doses of COVID-19 vaccines to countries in need and speed up production of jabs.

- The Castello di Rivoli, a contemporary art museum near Turin, Italy, has turned its third floor into a vaccination center run by local health authorities. People getting the shot can enjoy the view of masterpieces surrounded by relaxing music.

- Malta is hoping to be added to the UK's "green list," which allows UK travelers who can show a negative COVID-19 to travel abroad without quarantine needed on their return home. Portugal is also likely to be added to the list, while Gibraltar has already been added.

- A parliamentary inquiry found evidence that Brazil's President Jair Bolsonaro ignored experts' warnings about the peril of the pandemic and proceeded down an "extremely perilous path" – including refusing to impose a lockdown and securing enough vaccine doses – that put the lives of thousands of Brazilians at risk.

- Pfizer is seeking clearance from the U.S. Food and Drug Administration to use its vaccine on children aged between 2 and 11. The company also told reporters it's hoping to get clinical trial data on the safety of its vaccine on pregnant women by August. 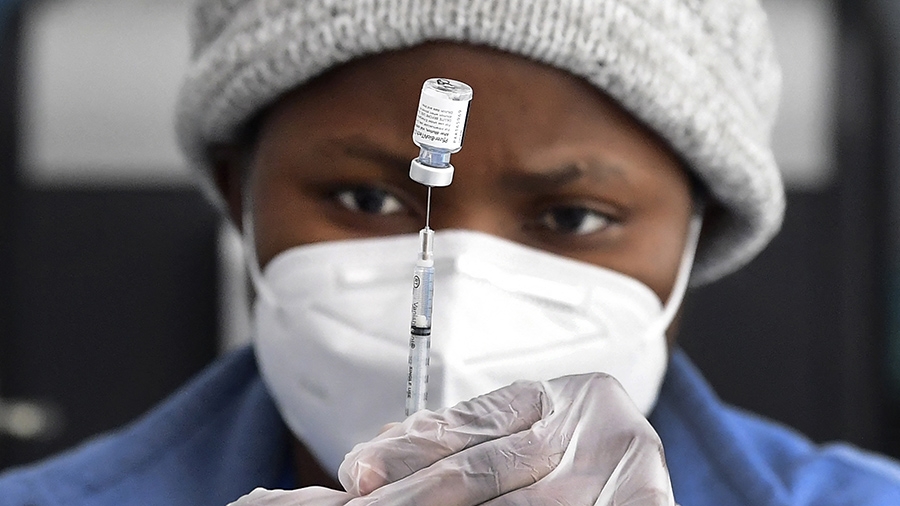 Two weeks before the next stage of reopening in France, the health indicators show the situation is improving.

The number of people being treated for COVID-19 in intensive care is 5,500, which is down from the third-wave peak of 6,000. No region in France has an incidence rate of more than 400 cases per 100,000 inhabitants.

President Emmanuel Macron will chair the weekly health defense council meeting on Wednesday morning with senior ministers. The obligation to wear a face mask outside has been relaxed in Nice and the surrounding area. There will now be no risk of a $160 fine if you remove your face mask in a park or at the beach, but wearing one remains compulsory indoors and outdoors in built-up areas. The city of Nice has an incidence rate of 157 infections for every 100,000 people.

The Hungarian government has ordered millions more Pfizer-BioNTech vaccine doses, with nearly 1.3 million doses scheduled to arrive in May and another 2.2 million in June.

The contract is for 10.8 million doses, 2.8 million of which have been delivered to Hungary so far. It comes as the government announced those between 16 and 18 years old can register for a vaccine and will receive the Pfizer one.

Last week, when the government announced people could sign up for a Pfizer vaccine, a rush of people trying to register online is believed to have crashed the system and people queued outside vaccine centers for hours. It's understood the 100,000 doses that were on offer ran out by the early afternoon.

Hungary is seeing a steady decrease in government reported COVID-19 data. Some 128 people have lost their lives to the virus in the last 24 hours, hospitalizations have dropped by more than 350 and the number of people being ventilated has also decreased.

The only rise was in the number of new infections, 1,130, up several hundred from Tuesday – which may indicate a lag over the weekend. It follows large parts of the economy reopening to those who can show their immunity cards.

Meanwhile in Poland, quarantine measures for international travel have been stepped up after cases of a COVID-19 variant first detected in India were found in the Warsaw and Katowice areas. It's understood there are 16 cases so far, including two cases in the family of a Polish diplomat who had returned from India.

People traveling to Poland from Brazil, India and South Africa will have to quarantine from Tuesday, with the possibility of getting an exemption with a test.

Madrid's regional elections have produced a decisive victory for the incumbent Isabel Ayuso and her right-wing Popular Party, or PP.

It doubled its share of the vote from the previous election two years ago, but failed to achieve an overall majority, meaning it will probably do a deal with the far-right Vox party.

Ayuso will see her victory as a vote of confidence in her relatively relaxed handling of the coronavirus pandemic.

In stark contrast to the policies of the national government, COVID-19 restrictions in Madrid are much less strict, with bars and restaurants operating almost as normal.

However Madrid's 14-day COVID-19 infection rate is one of the highest in the country at 343 cases per 100,000 people, compared with the national average of 214.

The Abime collective, the organizers behind massive unauthorized gatherings in Brussels' largest park, are planning a test event for May 15 after the government suggested it would work with them to pull it together.

The group had called for a third unauthorized gathering on May 29. At last weekend's event, 132 people were arrested, with the police deploying water cannons on the crowd.

The Belgian government is organizing 30 large-scale test events across the country to see how the culture and sports sectors can reopen safely.

Meanwhile, the seven-day rolling average for new infections dropped below 3,000 for the first time since mid-March, as lockdown measures and increased immunization rates drive down infections.

CGTN APAC: Human toll of the second wave of coronavirus in India