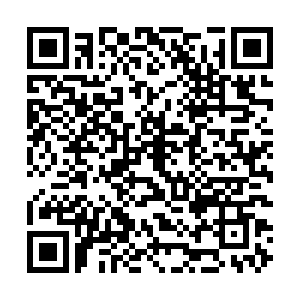 - Europe's drug regulator, the European Medicines Agency, has concluded the Oxford University-AstraZeneca vaccine is "safe and effective" but cannot definitively rule out a link to a small number of blood clot incidents. The EMA added it would continue to study possible links between the events reported and the vaccine.

- Denmark's Medicines Agency said it had registered 10 reports of blood clots in people who had received the AstraZeneca jab, including one that led to death.

- Italy's Prime Minister Mario Draghi has laid a wreath and inaugurated a forest of trees in the northern city of Bergamo to commemorate a national day of mourning for Italy's virus victims. Flags flew at half-mast around the country and public authorities observed a minute of silence. "This place is a symbol of the pain of an entire nation," Draghi said.

- The UK's Prime Minister Boris Johnson has confirmed he will be getting his first dose of the vaccine on Friday, adding that he will be inoculated with the AstraZeneca jab.

- The AstraZeneca and Pfizer-BioNTech vaccines may be more effective against the variant first discovered in South America than first thought, a study from Oxford University suggests, which is yet to be peer-reviewed.

- Ukraine's capital Kyiv will be placed under a strict lockdown for three weeks from March 20 in a bid to slow the spread of the virus. Theaters and shopping centers will be closed, spectators banned from sporting events, cafes and restaurants can only provide takeaway food and schools will introduce remote learning. The news comes as Ukraine announced it had passed 1.5m infections since the start of the pandemic.

- More than half of all adults in England have had their first injections of a vaccine, after a further 708,927 first and second jabs were distributed on Wednesday, the country's National Health Service has said.

- An expected delay to the supply of vaccines in the UK in April is in part due to a delay in a shipment of AstraZeneca jabs from India's Serum Institute, Health Minister Matt Hancock said.

- People aged over 65 who have recovered from the virus are less likely to have protection than younger people, a study carried out in Denmark found. The research, which was published in The Lancet medical journal found that under-65s had about 80 percent protection for at least six months after contracting the virus, while over-65s had only 47 percent protection.

- Spain's Health Minister Carolina Darias has called for "maximum caution" to avoid a fourth wave of the virus amid a surge in infections across the country after a seven-week decline in infection rates.

- Greece has called for doctors to volunteer to work in its overwhelmed state hospitals to help them overcome the "most critical juncture of the pandemic," according to Health Minister Vassilis Kikilias.

- Bulgaria is to tighten its nationwide restrictions in a bid to slow the spread of the virus with schools, restaurants and shopping malls to close for 10 days from March 22. 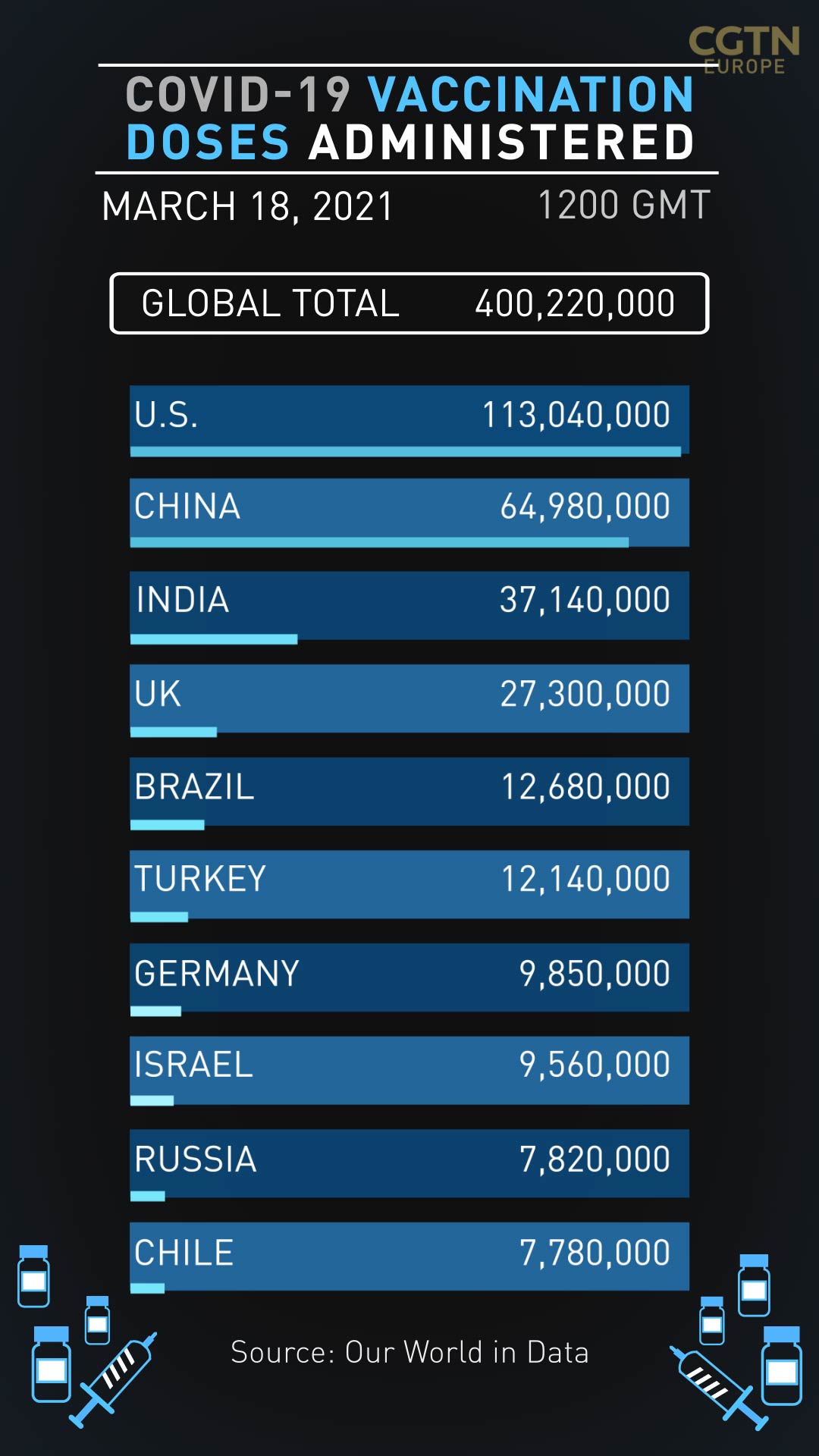 One country's pause could be Belgium's gain. The country has asked AstraZenenca to send any extra COVID-19 vaccine doses its way, after 19 European countries temporarily halted the jab's use over concerns about a potential link to blood clots.

The World Health Organization and Europe's drugs regulator, the European Medicines Agency, have insisted the shot is safe. A Flemish minister said he contacted the vaccine maker and is awaiting an answer. Some countries, including Italy and France, have said they're ready to unfreeze their AstraZeneca roll-out, pending the findings of an investigating into the vaccine's safety.

Still, Belgium is betting that public confidence in the AstraZeneca shot will be lower, leading to a surplus. The appeal comes as new infections spike across the country, up almost 30 percent in the past week to an average of 3,052 cases a day.

The European Medicines Agency (EMA) has updated its guidance on the safety of the AstraZeneca jab after countries across the bloc halted its use over concerns about blood clots.

The EMA's director, Emer Cooke, said the jab is "safe and effective" and that it is still convinced that the benefits of the vaccine outweighed its risks.

However, the agency could not definitively rule out a link between blood clot incidents and the vaccine in its investigation.

The UK government says a reduction in its COVID-19 vaccine roll-out next month is due to delays from international suppliers.

Public health officials have warned the UK will face a "significant reduction" in jabs throughout April.

Health Minister Matt Hancock told parliament on Thursday the delay was in part due to a delayed shipment of AstraZeneca jabs from India's Serum Institute.

The move could slow the UK's rapid progress in the coming weeks but officials say the country is still on course to vaccinate all those aged over 50 by mid-April. 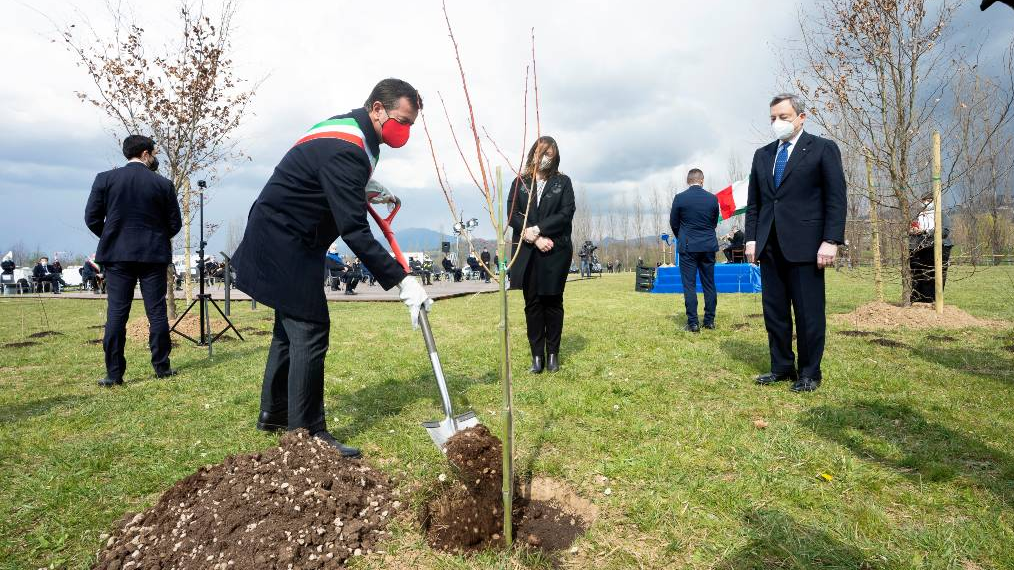 Italy's Prime Minister Mario Draghi has laid a wreath and inaugurated a forest of trees in the northern city of Bergamo to commemorate a national day of mourning for Italy's virus victims. /Reuters

Italy's Prime Minister Mario Draghi has laid a wreath and inaugurated a forest of trees in the northern city of Bergamo to commemorate a national day of mourning for Italy's virus victims. /Reuters

A record number of COVID-19 deaths have been recorded in Hungary, with 207 people passing away in the past 24 hours. The number surpasses yesterday's highest figure of 195.

Meanwhile, there's talk that post-COVID-19 outpatient clinics may be set up in hospitals. Often called long-COVID-19, symptoms including difficulty breathing, head and body aches could be treated in rehabilitation centers in university clinics and county hospitals. It's understood a ministerial order will soon be issued to set up the clinics.

The government of Czechia is meeting this evening to discuss the next stages of lockdown. Hospitals in the country remain stretched and have shown little improvement despite two weeks of stricter measures. It comes as Poland announced yesterday it's introducing nationwide restrictions after the daily tally of coronavirus cases reached its highest level this year. Theaters, shopping malls, hotels and cinemas will close from Saturday until after Easter.

France's president is looking for a hybrid model of measures to try to contain the third wave, rather than a third national lockdown.

Emmanuel Macron said the government will impose "measures to slow the spread which look different from those we have known before" and which will last "several weeks." He added: "You cannot lock down Greater Paris from Friday night to Sunday night."

A form of lockdown, an extension to the curfew and obligatory working from home are all measures under consideration for the Greater Paris region and the northern Hauts-de-France region.

Those two regions, which comprise 18 million people, are the two worst-hit by intensive care admissions and new infections. The prime minister and the health secretary will announce the new restrictions in their weekly news conference at 6 p.m. local time today.

Some German states, along with the capital, Berlin, are pausing the easing of measures after a sharp rise in infections during the past week. The decision means restaurants will not be able to open for outdoor dining anytime soon, in-person meetings will remain restricted and outdoor sport will still not be possible.

Berlin's Mayor Michael Mueller described the situation as "grueling" in an interview with the Berliner Zeitung newspaper. Germany's capital's seven-day incidence rate rose to 91.3 on Tuesday, a strong increase on the day before when it stood at 75.1 cases per 100,000 inhabitants. 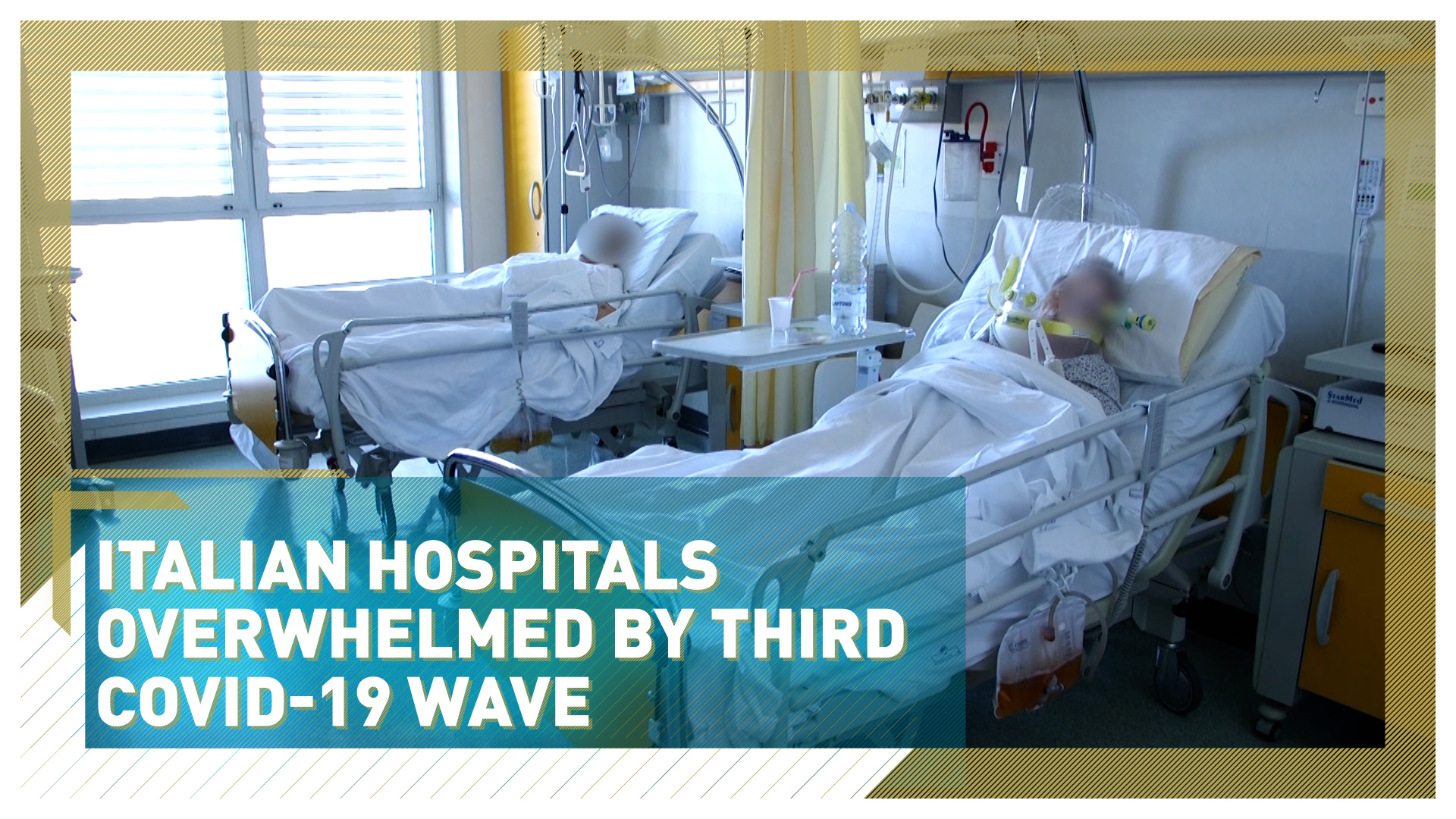 CGTN Africa: Facing COVID-19 at a refugee camp in Syria