Download
Secrets of 'world's first computer' revealed 2,000 years after it was made in Ancient Greece
Jim Drury in London 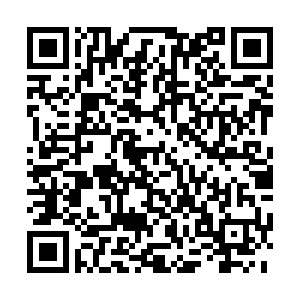 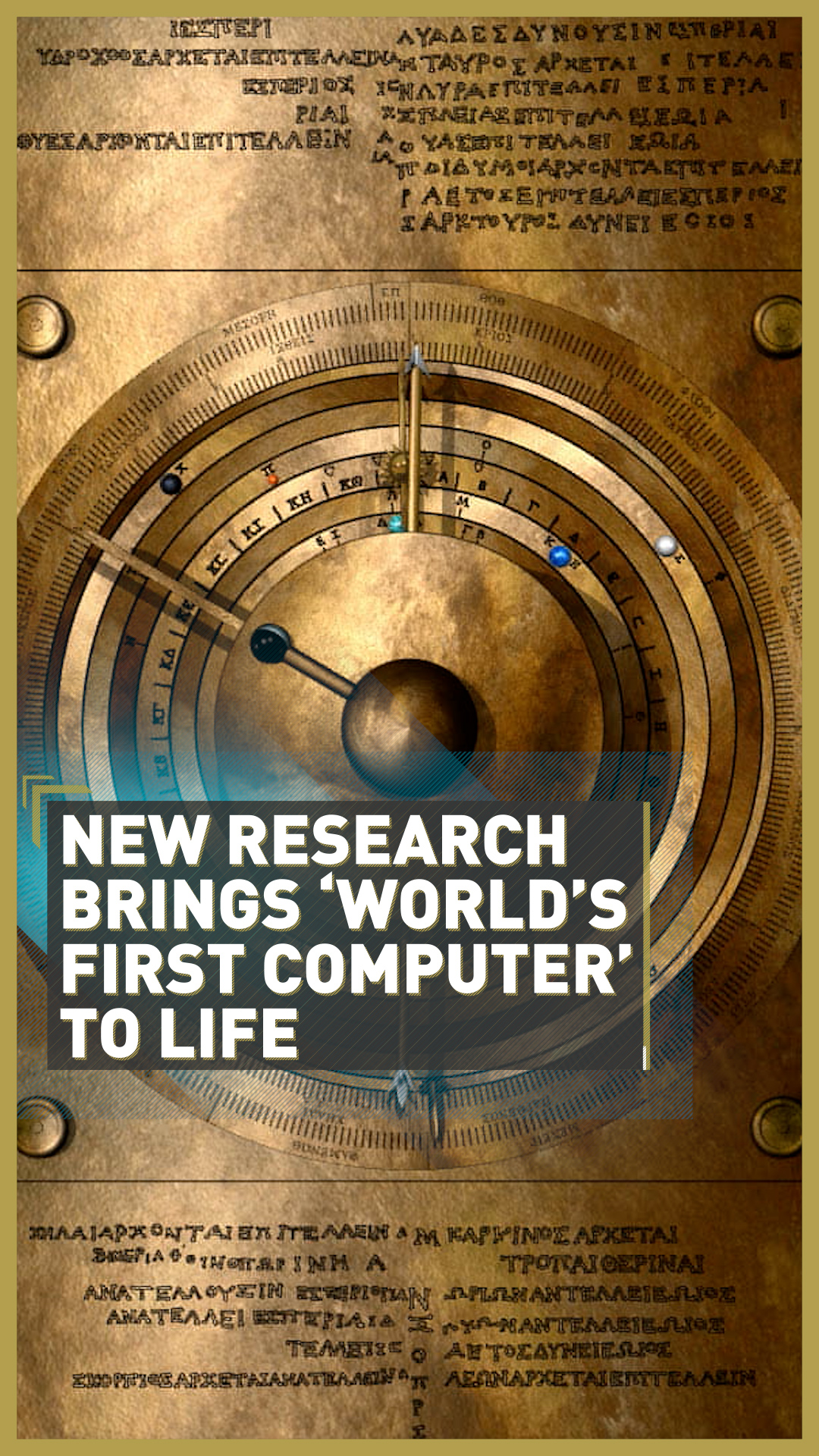 UK-based scientists say they have taken a huge stride towards solving the mysterious workings of what has been called the "world's first computer."

Researchers at University College London have made a virtual model of the 2,000-year-old Antikythera Mechanism, a hand-powered mechanical device used in Ancient Greece to predict astronomical events.

Discovered in a shipwreck in 1901 by Greek sponge divers near the small Mediterranean island of Antikythera, scientists have speculated on its workings ever since. Only about a third of the mechanism exists, split into 82 fragments.

Examining 3D X-rays and surface imaging made in 2005, researchers say they have uncovered a much fuller understanding of the machine's gearing system, which has previously proved elusive. 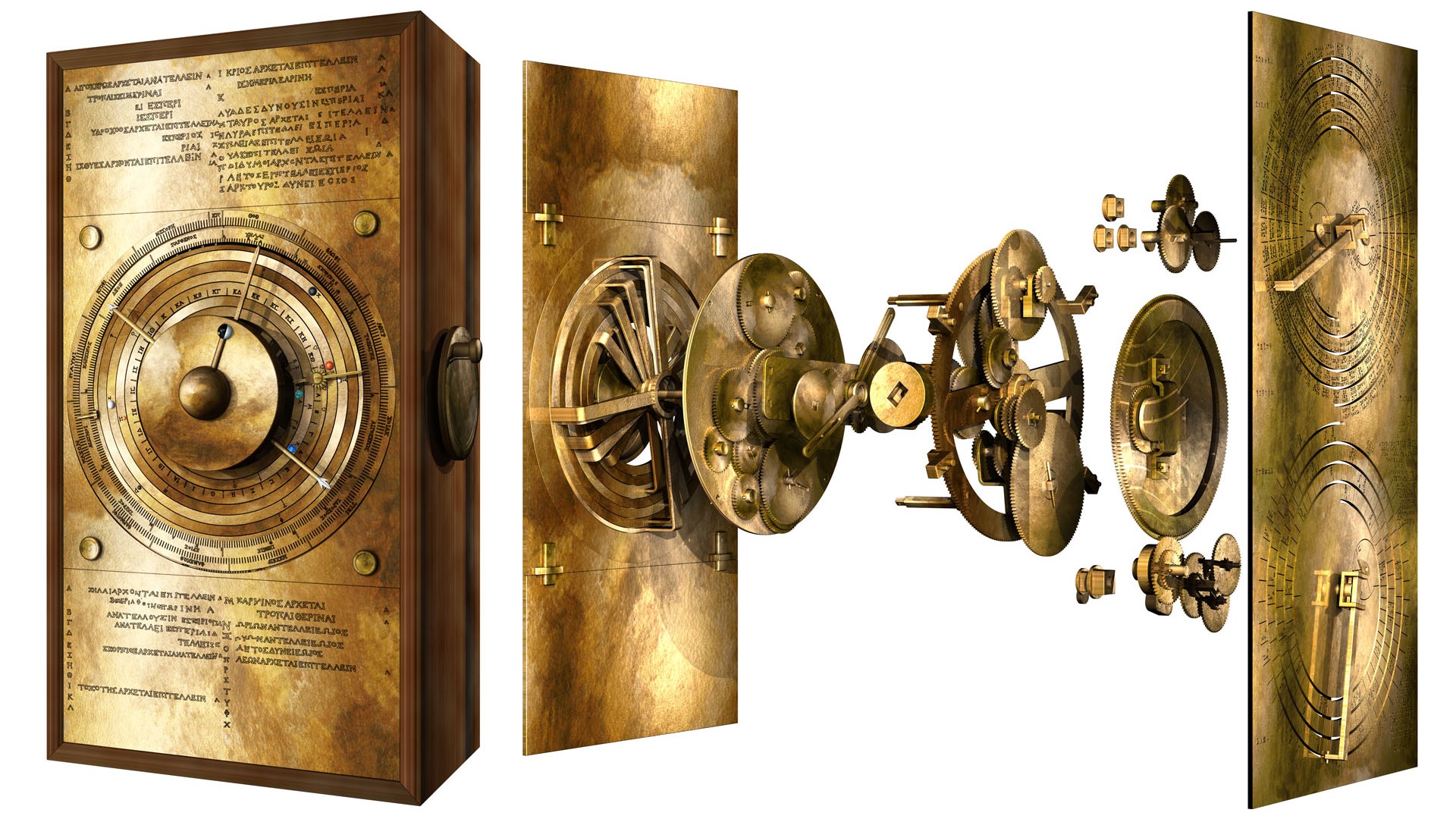 Exploded model of the cosmos gearing of the Antikythera Mechanism. /Tony Freeth

Exploded model of the cosmos gearing of the Antikythera Mechanism. /Tony Freeth

Lead author, Tony Freeth, told CGTN Europe: "It's a very complex 3D jigsaw puzzle to put together. There have been previous models made of the mechanism, but they didn't conform to the known data. Our starting point was some 3D X-rays, that I proposed in 2005, of the fragments."

The largest surviving section, known as Fragment A, displays features of bearings, pillars and a block, while Fragment D includes a 63-tooth gear and plate. "It was known that this main fragment had 27 gears in it, but exactly how they meshed and how they work was not," explained Freeth.

Previous research used the X-ray data to reveal thousands of text characters hidden inside the fragments. Inscriptions on the machine's back cover include a description of a display of the cosmos – or universe – and some of the planets' underlying cycles.

Freeth said: "One key thing that emerged from the X-rays is that we could read Ancient Greek inscriptions in tiny lettering hidden inside the fragments unread for 2,000 years. These told us that previous reconstructions of the front of the mechanism displayed were wrong."

Using an Ancient Greek mathematical method, the UCL team explained how the machine's creators accurately worked out the planetary cycles of Venus (462 years) and Saturn (442 years) that had been found on the newly discovered text of the front cover inscription. 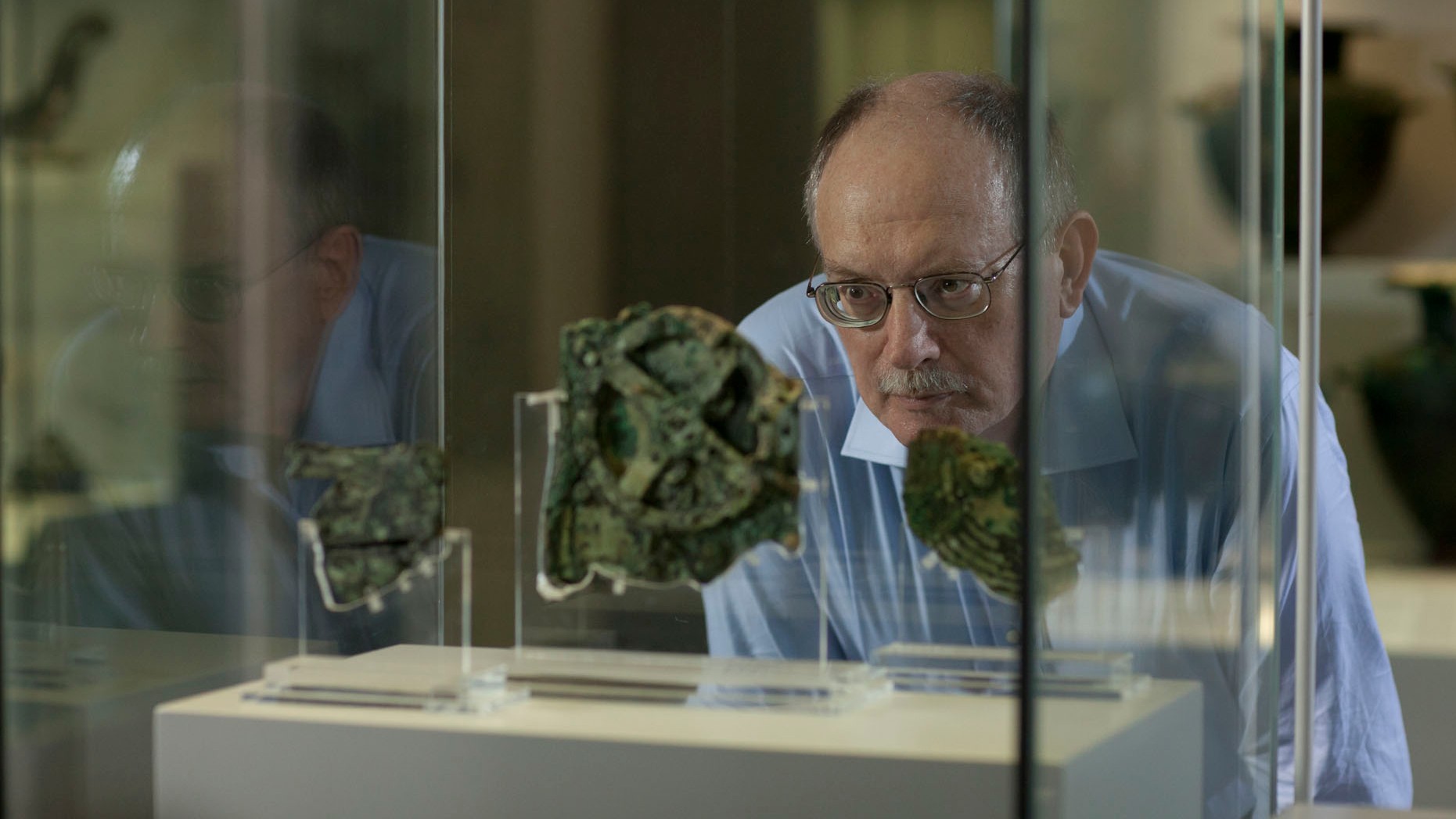 Tony Freeth examining the Antikythera fragments in the National Archaeological Museum in Athens in 2005. /Tony Freeth

Tony Freeth examining the Antikythera fragments in the National Archaeological Museum in Athens in 2005. /Tony Freeth

The discovery brings the UCL Antikythera Research Team, led by Adam Wojcik, closer to understanding the full capabilities of the mechanism, housed at the National Archaeological Museum in Athens.

"Our model is a theoretical model. We have a computer simulation of it, but that doesn't actually tell us that it would work mechanically," said Freeth. To that end, two PhD students are planning to build a working model using modern techniques. If successful, a model made using Ancient Greek techniques will be attempted.

"This is a key theoretical advance on how the Cosmos was constructed in the mechanism," explained Wojcik. "Now we must prove its feasibility by making it with ancient techniques. A particular challenge will be the system of nested tubes that carried the astronomical outputs."

Freeth says the original machine has unique scientific worth. "It's the first device known in history that actually made mechanical calculations – in this case, dedicated to astronomy. The Ancient Greeks had the technology to make a far wider range of machines, maybe to add up and multiply numbers, but they didn't seem to have ever conceived of that."

He added: "The machine shows us that the Ancient Greeks had an almost unbelievable level of technological sophistication. If this mechanism hadn't been found, no one could possibly believe that they were capable of creating this technology."

The study was published in Nature's Scientific Reports.