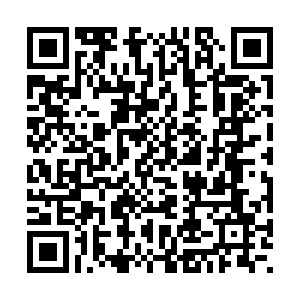 Apple is "focusing on autonomous systems ... It's a core technology that we view as very important ... We sort of see it as the mother of all AI projects."

Those were the words of the tech giant's CEO Tim Cook in 2017. Almost four years on and Apple is still seeking a suitable partner to get its flagship project off the ground. Talks with Hyundai and now Nissan appear to have floundered.

Elsewhere, the boss of Europe's largest car maker Volkswagen has poured cold water on Apple's aspirations. VW's Herbert Diess has warned "the car industry is not a typical tech sector," while stating the company is confident of constructing its own in-house software to rival anything the tech giants of California have to offer.

Norway's sovereign wealth fund, the world's biggest, wants more women on the boards of firms in which it invests. And if that doesn't happen, it may set some new ground rules.

And could Twitter tell us more about the cost of living and household budgets than our top economists? The Bank of Italy seems to be suggesting so. It's now tracking the social media platform to find out exactly what people are saying about shop prices and other pressing financial issues, that may ultimately influence central bank policy.

Read on for more of the day's business news.

Japan's Nissan has stated firmly it is not in talks with tech giant Apple over an autonomous car project. It follows press reports that discussions earlier this year faltered over branding issues with the tech giant on a possible flagship model vehicle.

In a statement, the car maker said, while talks were not currently under way, "Nissan is always open to exploring collaborations and partnerships to accelerate industry transformation."

Last week, rival Hyundai Motors based in the Republic of Korea, also stated it too was not in talks with Apple, after a regulatory filing on Monday had said discussions were under way with multiple companies about a potential self-driving electric vehicle project.

While Apple has declined to comment, analysts say the world's biggest company by value is having difficulty finding a suitable partner for its Project Titan, devoted to the development of autonomous vehicles. The scheme to create driverless electric cars has been under way for several years, with Tim Cook Apple's CEO describing such driving systems as a "core technology" for the future.

Meanwhile, the boss of Europe's biggest car maker Volkswagen says the group is "not afraid" of any potential Apple self-drive model. In an interview in the German press, CEO Herbert Diess said VW is capable of producing in-house car software to rival anything an Apple car may offer. Diess said: "The car industry is not a typical tech sector that you could take over at a single stroke … Apple will not manage that overnight."

Jaguar Land Rover says its luxury Jaguar brand will be entirely electric by 2025 and the car maker will launch e-models of its entire line up by the end of the decade. The car maker, best known for its luxury E-Type model and now owned by India's Tata group, says it will launch six pure electric models over the next five years, with the first one due in 2024.

The Bank of Italy says it has developed a set of experimental indicators, from the content of millions of tweets, which might accurately track consumer mood on inflation. Economists and policymakers around the world are increasingly turning to social media to gauge how people are feeling on issues such as retail prices. In a 107-page document, researchers claimed the indicators could provide real-time "granular" information on expectations over the cost of living that may prove valuable in influencing Italian monetary policy.

Portugal's finance minister has warned the struggling TAP airline may have to inject more cash than the planned $606 million it has budgeted to deal with the effects of the COVID-19 pandemic on its business. In an interview, Joao Leao said the exact sum needed was "still being analyzed" but described the situation at TAP as "demanding". In December, a government plan proposed a rescue package for TAP outlining 2,000 redundancies, pay cuts for remaining staff and with state guarantees to cover its financing needs until 2024.

Norway's $1.3 trillion sovereign wealth fund says it wants the companies in which it invests to boost the number of women on their boards. The world's largest wealth fund says it is considering setting targets if fewer than 30 percent of board directors are female. The fund is estimated to own 1.5 percent of all listed stocks globally, with stakes in around 9,200 companies.

Billionaire Elon Musk has said he supports major holders of the digital currency Dogecoin selling most of their holdings, tweeting: "If major Dogecoin holders sell most of their coins, it will get my full support." Musk also indicating that he felt too much market concentration in Dogecoin was the "real issue" behind the currency's problems. Last week, Musk's Tesla electric car firm said it had bought $1.5 billion worth of the cryptocurrency Bitcoin and would soon accept it as a form of payment for its vehicles, leading to a flurry of investor interest.

However, Bitcoin has retreated in value over the weekend after nudging close to the $50,000 last week. The world's most popular digital currency dropped to around $45,893, reducing its rise in value this year to about 60 percent. Bitcoin rallied again last week on signs of increasing interest from big names in corporate and tech, including Uber and Paypal as well as Tesla.

The YouTube streamer known as Roaring Kitty will testify in Congress, along with bosses of the social media site Reddit and the trading platform Robinhood, over the recent amateur trading spike that has cost hedge funds an estimated $19 billion. Keith Gill from Boston is believed to be one of the chief architects of the targeted promotion of shares in the retailer GameStop on the Reddit forum WallStreetBets. GameStop stock had been "shorted" by various high-profile investment funds. Gill, along with Robinhood CEO Vlad Tenev and Reddit boss Steve Huffman, are expected to testify before a House panel on Thursday.

Japan's economy posted double digit growth in the last quarter of 2020. The 12.7 percent rise in annualized growth has raised hopes of a swift recovery in the world's third largest economy once the COVID-19 pandemic is over. Overall, the fourth-quarter jump has helped deliver an annual economic contraction of 4.8 percent, a better result than analysts had expected and less than the 5.7 percent drop seen in 2009 after the 2008 Global Financial Crisis.

Hopes of a strong economic recovery have powered Japan's Nikkei 225 Stock Average above 30,000 yen for the first time since August 1990. The index closed Monday's trading session up 1.9 percent at 30,084.15, with hopes that the U.S. stimulus package planned by President Joe Biden may also have positive repercussions for wider global demand and supply activity.

China's top 30 mobile gaming firms saw revenues jump 47.3 percent year-on-year to more than $2.3 billion in January, according to new figures. Tencent, NetEase, Lilith Games and FunPlus are among the most popular firms. Chinese companies account for 28.8 percent of the total revenue in the global mobile gaming market, according to Sensor Tower, the mobile app data analysis firm.

Shipments of Chinese mobile phones have soared 92.8 percent year-on-year according to new data. The China Academy of Information and Communications Technology (CAICT) said 40.12 million units were shipped last month, rebounding from a 12.6 percent decline posted in December last year. In January, 40 new models were released into the market, a rise of 17.6 percent year-on-year.

Democrats in the U.S. have failed to get enough Republicans to back their move to convict Trump of inciting a fatal riot in Washington DC last month. Top Senate Republican Mitch McConnell went on to savage his former president, calling him "practically and morally responsible" for the insurrection.

CGTN Europe spoke to Evan Lawrence, lecturer in U.S. politics and security at the University of Central Lancashire in the UK, and asked her where Trump's acquittal leaves the Republican Party.

It appears to clear the path for Donald Trump to run for President again. Is that likely?

I think it's anyone's guess. Certainly it's not impossible. I think he may run in the primaries just to see where he's at, he's certainly got the base for it. So, I think it's a wait and see. Certainly the Republican leadership will be looking for him not to run again. But I think it's one of those things that time will tell.

How do the Republicans reconcile that huge Trump support base with voters who clearly want to get back to more moderate politics?

I think that's going to be a really difficult thing for them and it may be the thing that really sways the next presidential election as well. They have to get on with dealing with the coronavirus. They have to deal with the economy, and lots of kind of local issues that need to be dealt with that Trump really didn't address during his presidency. And I think you're going to see Biden certainly trying to do that.

WATCH Valentine's Day has been with us again and love is in the air.  But if you've been buying flowers, some florists are urging shoppers to choose locally grown flowers instead of red roses.

And finally, Apple's Project Titan may be hitting difficulties finding a suitable partner, but the tech firm is still aiming to have autonomous cars in production by 2024. Meanwhile, what are the best-selling electric vehicles currently on the market in the 27 member states of the European Union? 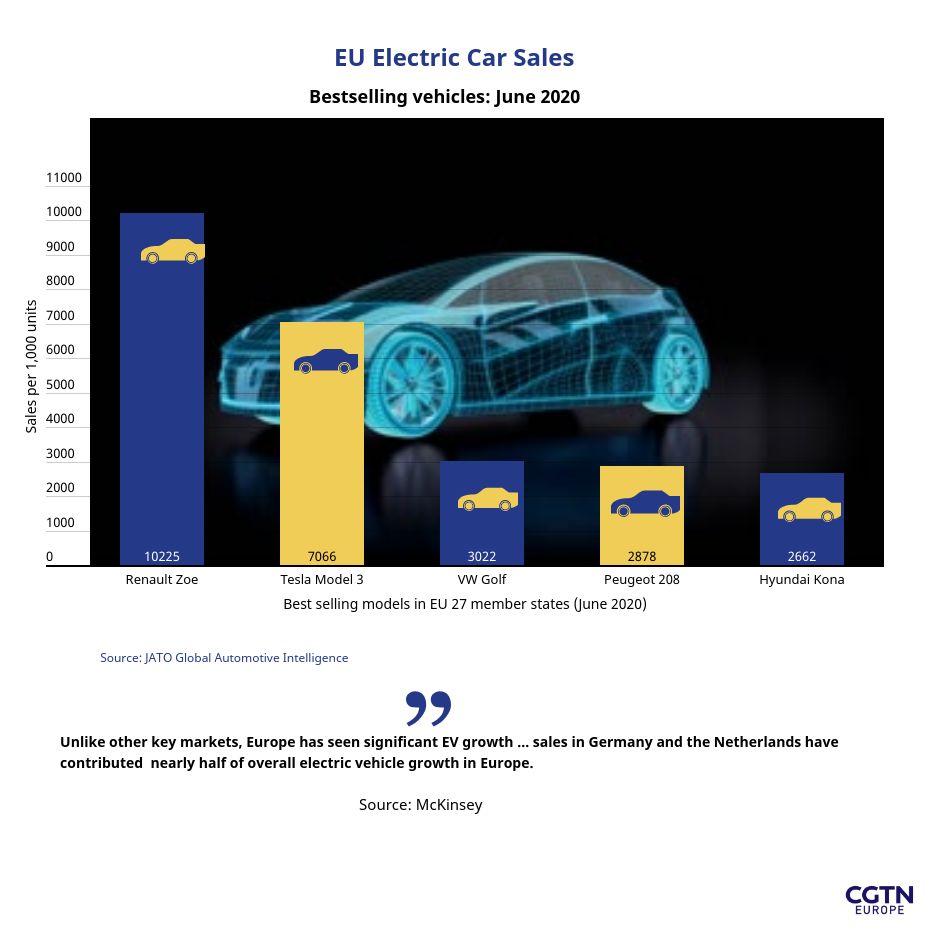