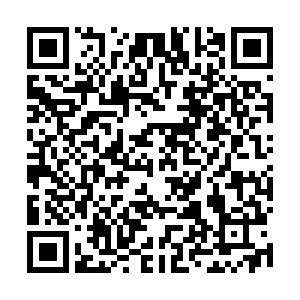 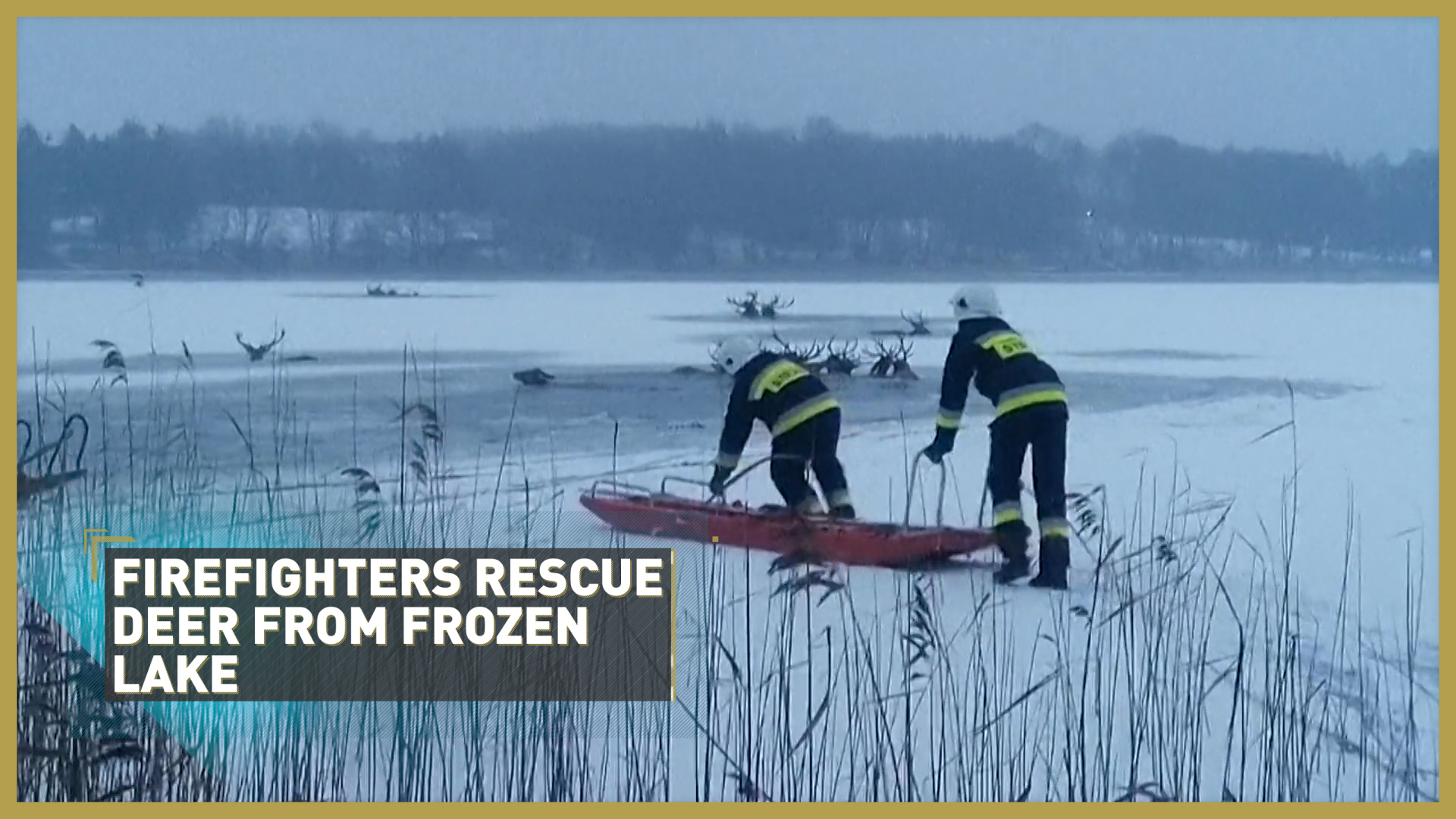 Polish firefighters worked for hours on Wednesday to save a herd of deer trapped in the icy waters of a frozen lake near Szczecin, in northwest Poland.

The herd of 28 is thought to have run on to the ice after poachers used firecrackers to scare them off, in the hope the deer would shed their prized antlers.

Firefighters cut the ice with chainsaws to rescue the animals and lassoed them with ropes to try to pull them to safety.

They managed to successfully rescue 15, but 13 drowned.

Antlers, the branched bones grown by male deer, are an important element in defining deer social behavior, used for sparring, especially during the rutting season.

Deer shed their antlers once a year, generally in the fall or winter, when the mating season is over and the first priority for a deer is to find food to survive the colder season.

Shedding is a natural event that helps the deer rid some extra weight, but picking up the shed antlers is an action often regulated by the law, as many other animals enjoy the nutrients found on them and the health of the habitat depends on this natural cycle of shedding and foraging. 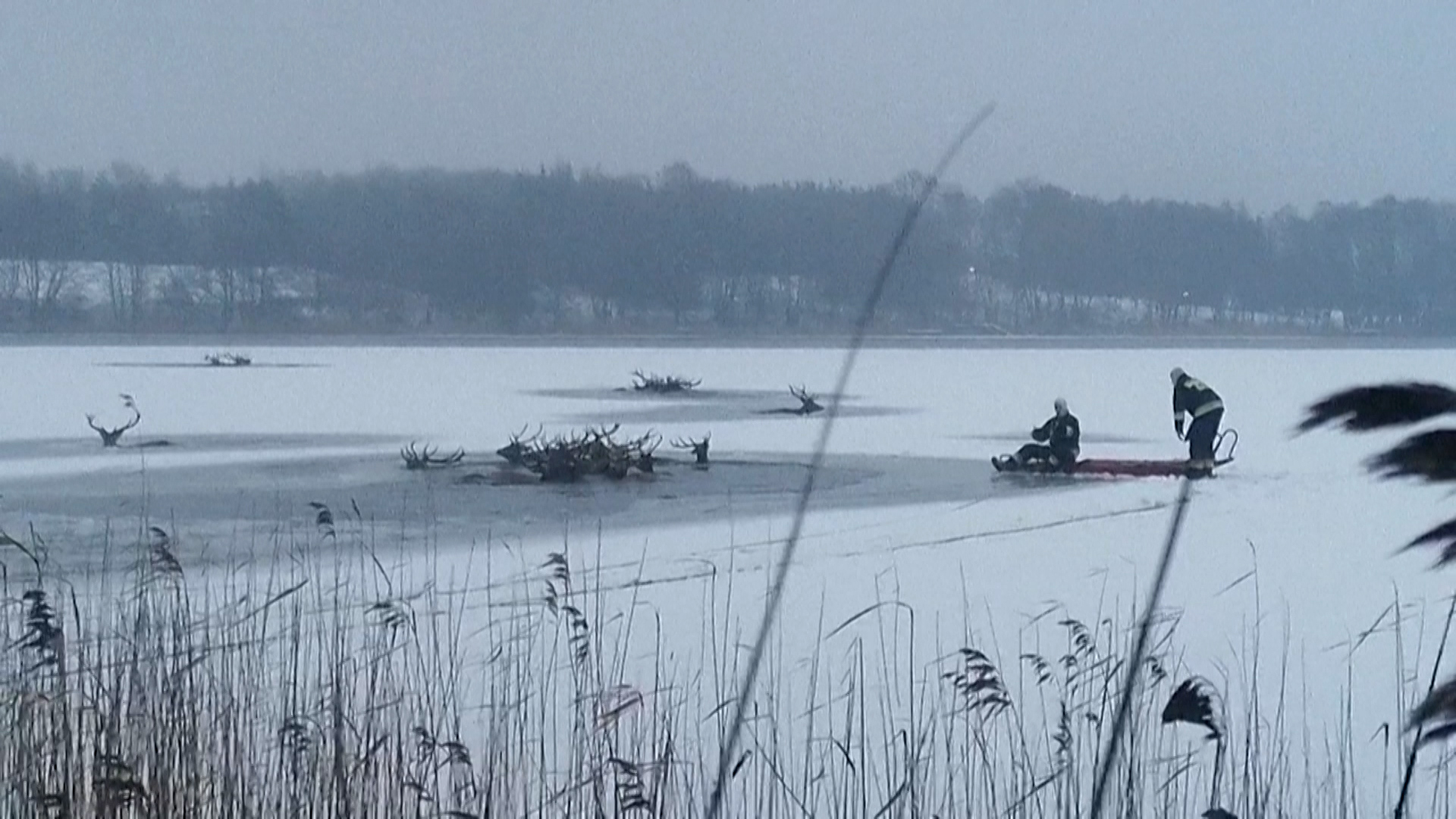 Firefighters rescued the herd with ropes and sleds. /AFP

Firefighters rescued the herd with ropes and sleds. /AFP 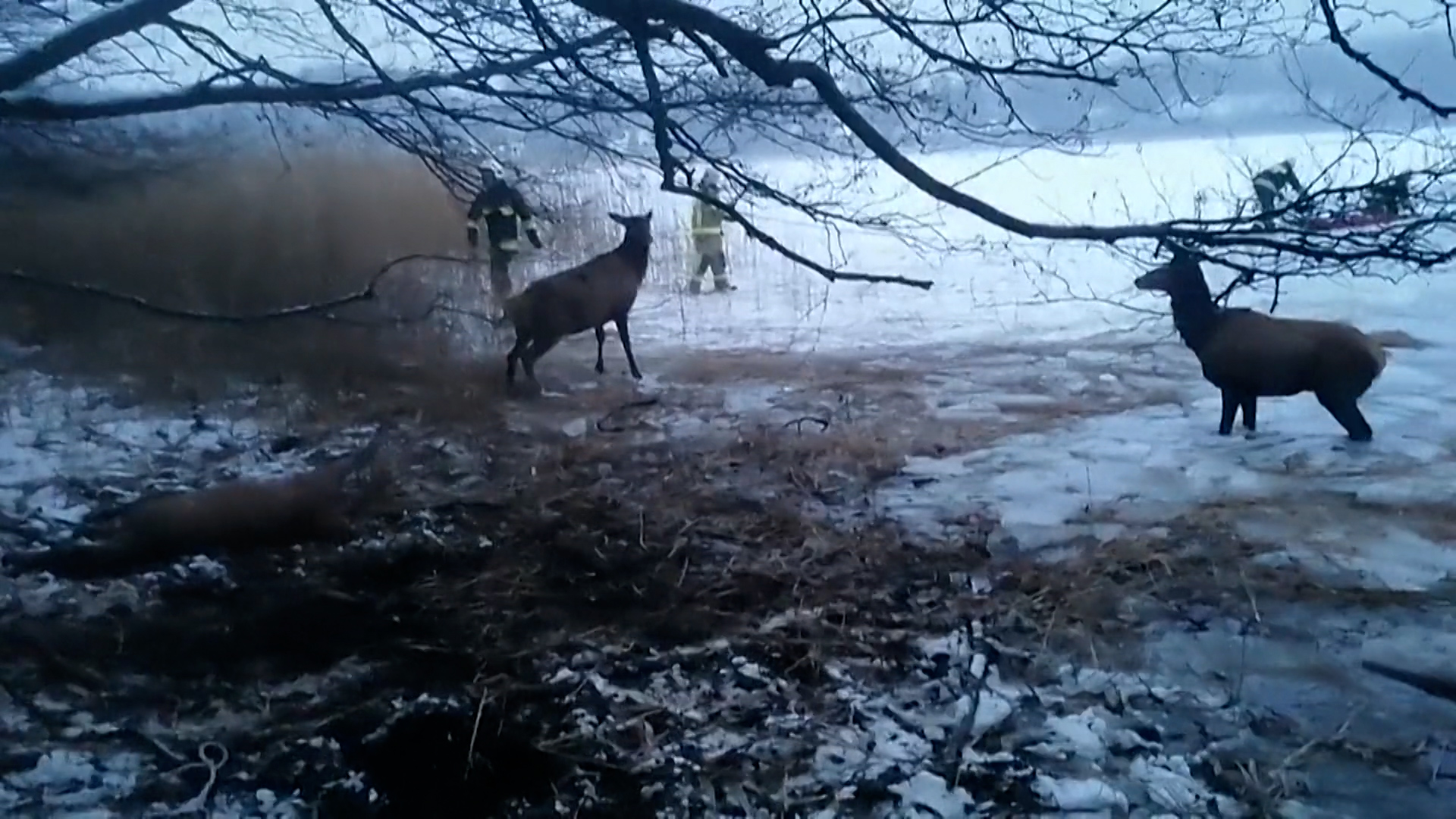 Some of the deer rescued from the lake by firefighters. /AFP

Some of the deer rescued from the lake by firefighters. /AFP

"For over 20 deer to fall into the water because of someone's stupidity, I've never seen anything like this. The rescuers and I, we just stood there and cried," said Arkadiusz Borowski, a local hunter who took part in the rescue operation.

Borowski and other local hunters, who believe they have evidence that could identify the culprits, want to report the incident as a suspected crime of animal cruelty.