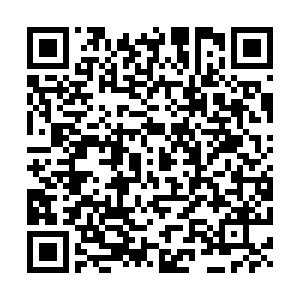 • The European Medicines Agency has approved a second vaccine, the U.S.-made Moderna jab. The European Commission, the European Union's executive arm, has also formally signed off the shot, which can now be rolled-out across the bloc's 27 member states.

• Portugal President Marcelo Rebelo de Sousa is self-isolating after being in contact with someone who tested positive for COVID-19.

• Swedish official Dan Eliasson, who headed the government's agency responsible for civil defense and emergency management, has resigned after growing criticism of a vacation in the Canary Islands over Christmas – which came after the agency he headed urged Swedish people not to travel.

• The UK has reported a further 1,041 people have died with coronavirus, the highest daily figure since April 2020. It also recorded 62,322 new cases as MPs returned to debate England's third national lockdown in parliament.

• UK Prime Minister Boris Johnson says the coronavirus marathon had turned into a hopeful sprint to vaccinate millions in the weeks ahead, despite England entering a third national lockdown. Johnson said the easing of the measures would be gradual but that schools would be among the first things to reopen.

• Germany will adhere to Pfizer recommendations regarding the administration of a second dose of its COVID-19 vaccine, according to Health Minister Jens Spahn. Germany has asked an independent panel of experts for advice after Britain announced it would delay the second jabs.

• The European Union should send coronavirus vaccines to its Balkan neighbors and do more to combat the virus in Ukraine, 13 of the EU's foreign ministers have said in a joint letter to the bloc's executive.

• Serbian politicians have urged greater international acceptance of Russia's coronavirus vaccine, as the jab's roll-out began in the country. The first batch of 2,400 doses of Sputnik V vaccine arrived on December 30.

• Ireland has ordered the closure of most schools and construction sites for at least three weeks, tightening a lockdown that has already closed most hospitality and retail outlets.

• There are 921 COVID-19 patients in Irish hospitals, a figure that exceeds the peak set during the country's first wave of the pandemic. According to official data, the number of virus patients is rising by around 10 percent a day. Intensive care admissions have doubled in a week to 76.

• Sanna Elkadiri, a Dutch nurse who cares for dementia patients, has become the first person in the Netherlands to receive a COVID-19 shot as one of Europe's last vaccination programs got under way after a late start caused by IT upgrades.

• Denmark is to ban residents of South Africa from entering the country until January 17 over fears about the new variant of the virus. The only exceptions will be for childcare, family visits and for people who are sick or dying and on submission of a negative test within the previous 72 hours.

• France is stepping up its vaccine roll-out to target more health workers and simplify red tape to deliver shots more quickly, according to the country's Health Minister Olivier Veran. France, one of the world's most vaccine-sceptical countries, has fallen behind neighbor Germany in its inoculation program.

• Health authorities in Czechia have reported 17,278 new cases over the past 24 hours, its highest daily rise on record and one of the highest per-capita increases anywhere in the world.

As the resurgence of COVID-19 continues across Germany, it probably comes as no surprise the lockdown has once again been extended, this time until at least January 31. The decision comes after Chancellor Merkel met with her 16 state premiers to decide next steps for Germany's pandemic response. The current lockdown was due to expire on January 10, but with case numbers still high, the leaders all decided it was too early to relax the rules.

It means non-essential shops, bars, restaurants, cafes, cinemas, gyms and theatres will remain closed. Schools will not return as planned, with classes instead going virtual. There are also tough new rules for those living in designated coronavirus hotspots, with people told not to venture further than 15km from their home. 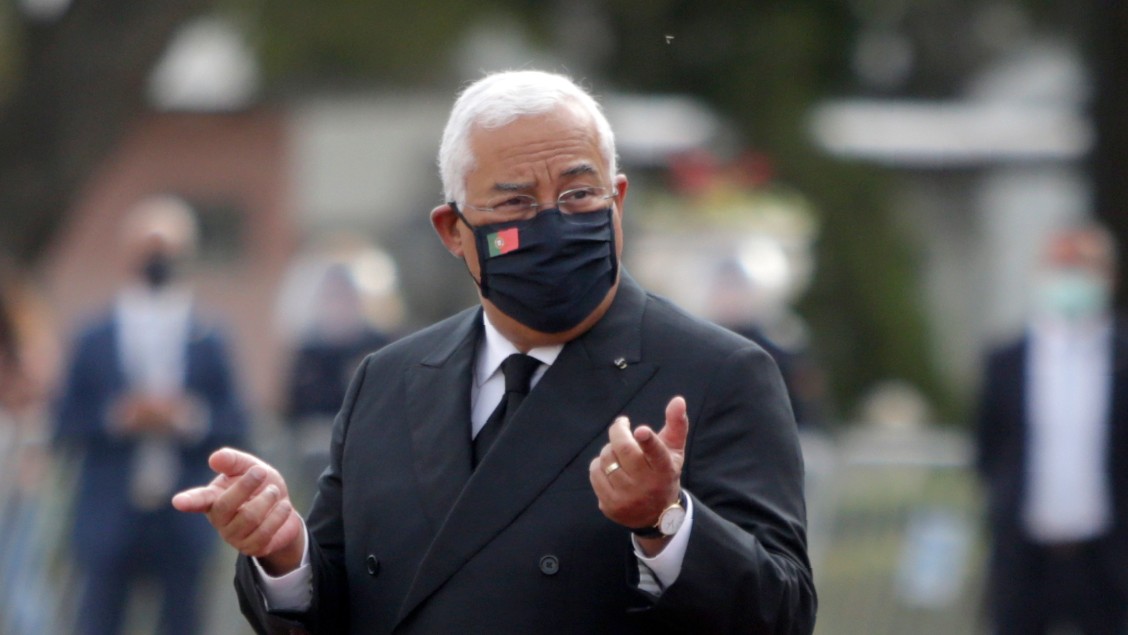 Portugal President Marcelo Rebelo de Sousa is self-isolating after coming into contact with someone who tested positive for COVID-19. /Armando Franca/AP

Portugal President Marcelo Rebelo de Sousa is self-isolating after coming into contact with someone who tested positive for COVID-19. /Armando Franca/AP

Belgium is revising its vaccination strategy after coming under intense criticism for the slow roll-out of the program. By the end of the week, just 23,000 nursing home residents are expected to have received the jab, despite 87,000 doses having been delivered. The federal health minister has urged the Coronavirus Task Force to ramp up distribution, saying: "No vaccines must be left unused." More details on a redrawn plan are expected on Friday.

Meanwhile, the average number of new daily infections continues to decline, down to 1,580 a day in the past week. To avoid a third wave, some health experts are urging the government to shut the country's borders as many of Belgium's neighbors struggle to bring infections under control. 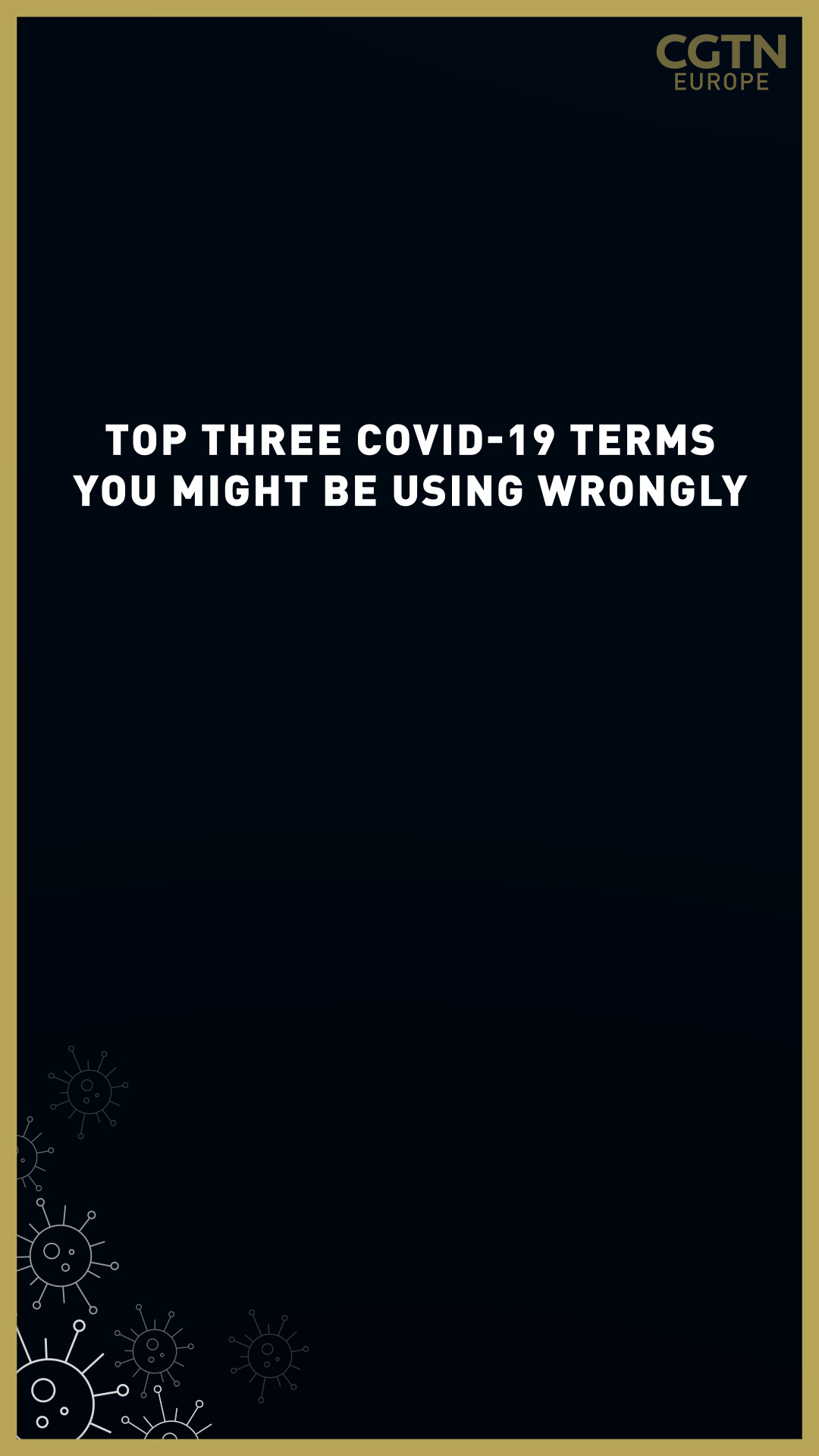 So, bring on the vaccine. Without it, the UK may have little choice but to keep severe restrictions in place that are damaging every aspect of society, the legacy of which, it's widely assumed, will last down the generations.

So concerned are some members of parliament that Prime Minister Boris Johnson expects a rebellion from within his own Conservative Party in a vote due later on Wednesday. Skeptics want to know more details of the government's very ambitious vaccine roll-out plan targeting 13.5 million people by mid-February. Health Minister Matt Hancock has already said that is a "best-case scenario."

At a press conference on Tuesday evening, Johnson noted a list of caveats – things that could change to knock the government's plans off course. That includes what is known as "batch-testing," in which UK regulators have to check each new batch before it comes online.

Nonetheless, the lockdown measures for England that kicked in at midnight on Tuesday are expected to pass retrospectively through the Houses of Parliament. The main opposition Labour Party will back the measures, with its leader Keir Starmer calling on Johnson to ensure the UK becomes the first country in the world to vaccinate its population.

Also in parliament on Wednesday, we will hear from Gavin Williamson, the education minister, who just days ago insisted schools must stay open. In its determination, did ministers fail to properly prepare for the prospect of extended closures? How will they avoid a knowledge gap for pupils that could last a lifetime? And with GCSE and A-level exams canceled, what will be the alternative?

The French president and senior ministers will meet today to discuss the country's vaccine strategy and possible new confinement measures.

Emmanuel Macron's strategy includes ensuring a minimum of six vaccine centers for each region, simplifying the logistical procedures for jabs and confirming a delay to the reopening of bars and restaurants, which were originally meant to welcome customers again from January 20.

There may also be a widening of the curfew currently in place. The government is trying to deal with the increase in the number of hospitalizations with COVID-19, patients placed in intensive care and the number of infections. In recent days it has come under pressure over the slow roll-out of the vaccination program but the health secretary confirmed 5,000 coronavirus injections took place on Tuesday in 30 hospitals.

CGTN China: A big number of Americans hospitalized with COVID-19