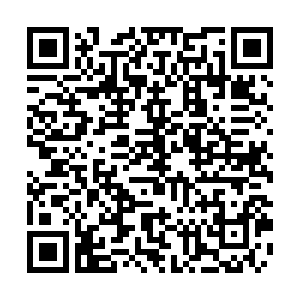 The EU's drug regulator has approved Moderna's COVID-19 jab for use. /Reuters

The EU's drug regulator has approved Moderna's COVID-19 jab for use. /Reuters

The European Medicines Agency (EMA) has recommended the Moderna COVID-19 jab for conditional marketing authorization, doubling the options in Europe's vaccine arsenal as criticism of a slow and bungled roll-out mounts.

Shortly after the EMA's approval, the European Commission, the bloc's executive arm, formally signed off the shot, which can now be rolled-out across the bloc.

The Moderna vaccine is the second shot approved for use in Europe, after the Pfizer-BioNTech jab won the backing of regulators on December 21. Up to 160 million doses have been secured, although it is unclear when the vaccine will be delivered.

"This vaccine provides us with another tool to overcome the current emergency," Emer Cooke, executive director of the EMA said in a statement. "It is a testament to the efforts and commitment of all involved that we have this second positive vaccine recommendation just short of a year since the pandemic was declared by WHO."

Read more: What are the differences between the COVID-19 vaccines?

EU leaders face mounting pressure to ramp up vaccinations as infections rise across the continent. The 27-member bloc began administering the Pfizer-BioNTech shot on December 26, but inoculations have been slow.

Just 700 people in Belgium had received their first dose as of Sunday, while France has managed to vaccinate fewer than 10,000 people. The roll-out has been more robust in Germany, with more than 315,000 shots administered.

In contrast, the U.S. has immunized more than 5 million people and the UK more than 1.3 million, although both countries had a head-start. The Moderna vaccine was approved by the U.S.'s Food and Drug Administration on December 18.

"Our work will always be guided by the scientific evidence and our commitment to safeguard the health of EU citizens," said Cooke.

While the European Commission has spearheaded the procurement of vaccines, it is up to each individual member state to buy and administer them.

Brussels has six signed contracts with vaccine developers, providing access to up to 2 billion doses.

In clinical trials, the Moderna vaccine was found to be 94 percent effective in people aged 18 years and older. Two injections are required, 28 days apart. Unlike the Pfizer-BioNTech vaccine, which needs to be stored at minus 70 degrees Celsius, the Moderna jab can be stored in a refrigerator between 2 and 8 degrees Celsius for up to 30 days.