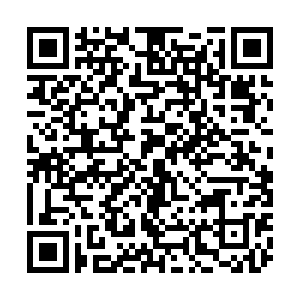 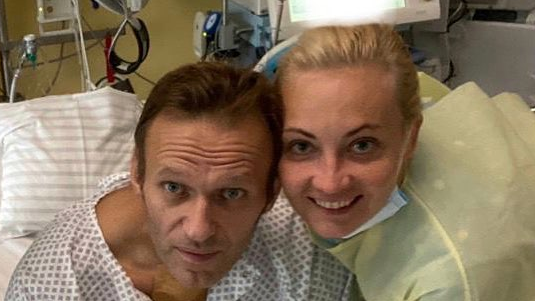 Navalny was pictured together with his wife Yulia and his two children. /AFP/Handout/Instagram account @navalny

Navalny was pictured together with his wife Yulia and his two children. /AFP/Handout/Instagram account @navalny

Russian opposition figure Alexei Navalny posted a picture of himself on Instagram from his hospital bed in Germany on Tuesday, writing that he was happy to be breathing on his own, following his alleged poisoning with the nerve agent Novichok.

The post was the first image of the 44-year-old released since he was taken to Berlin's Charité hospital two days after falling ill on a domestic flight from Tomsk to Moscow on 20 August.

"Hi, this is Navalny," he wrote in the Russian-language post. "I have been missing you. I still can't do much, but yesterday I managed to breathe on my own for the entire day."

· In graphics: Services, trade and students... the numbers behind EU/China economic ties

The leader of the Russia of the Future party was treated in an emergency ward in Omsk, Siberia, before being released to be treated in Berlin.

After falling ill, Navalny had been kept in an induced coma for more than a week as he was treated with an antidote. Hospital officials said a week ago that his condition had improved enough for him to be brought out of the coma.

On Monday, the hospital said he had been removed from mechanical ventilation and was able to leave his bed for "short periods of time."

Despite his recovery, doctors have said they cannot rule out long-term health issues associated with the poisoning.

A German military lab reported that Navalny was poisoned with Novichok, a Soviet-era nerve agent. On Monday, the German government said independent tests by labs in France and Sweden supported their findings.

The Hague-based Organization for the Prohibition of Chemical Weapons (OPCW) is also taking steps to have samples from Navalny tested at its designated labs, Germany has said.

The Kremlin has rejected calls from German Chancellor Angela Merkel and other leaders to answer questions about the poisoning, repeatedly denying any official involvement. Russian Foreign Minister Sergey Lavrov has accused the West of using the incident as a pretext to introduce new sanctions against Moscow.