Should I worry about my name?
Katherine Berjikian 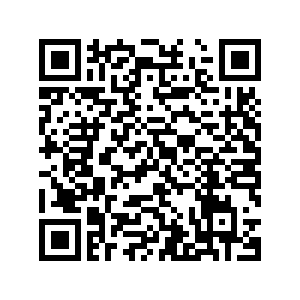 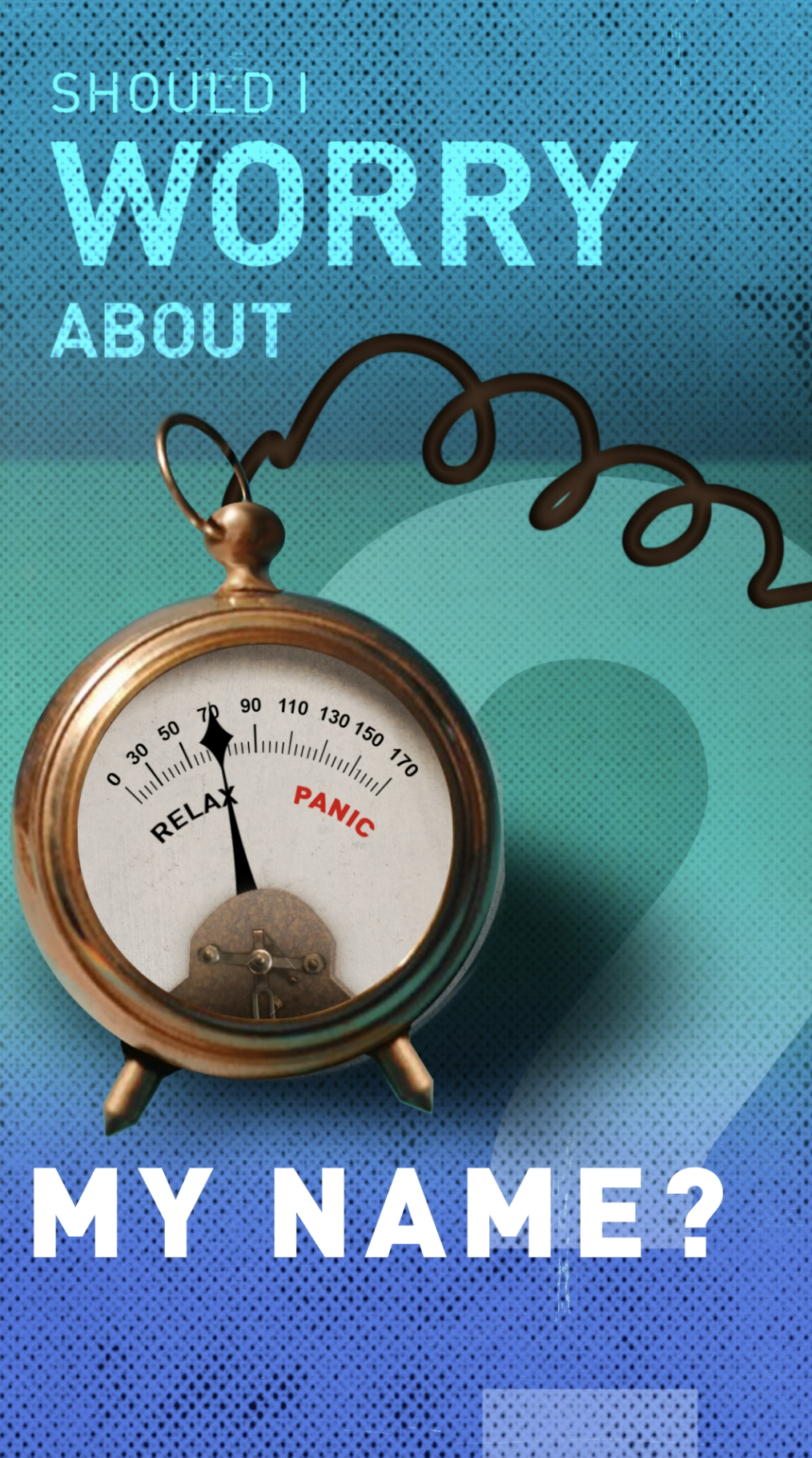 When a parent deliberates over a baby name, they probably have little idea of how much their choice will impact their children's lives.

Often our names convey a great deal about our backgrounds, including our gender, race and religion.

This is true in many countries but in France, the interview prospects for applicants can change dramatically depending on these factors.

Hawa Timera is a recruiter working in France. She is used to dealing with subtle racism from clients, but one incident stood out to her.

On that occasion, her colleague received a phone call from an employer who requested something very specific from their agency – that they only wanted white employees for management positions.

Neither Timera nor her colleague are white, but the employer didn't know that. "When you're in the agency, everything happens over the phone," she said.

"It just shows that people of color are kind of tolerated and not accepted." 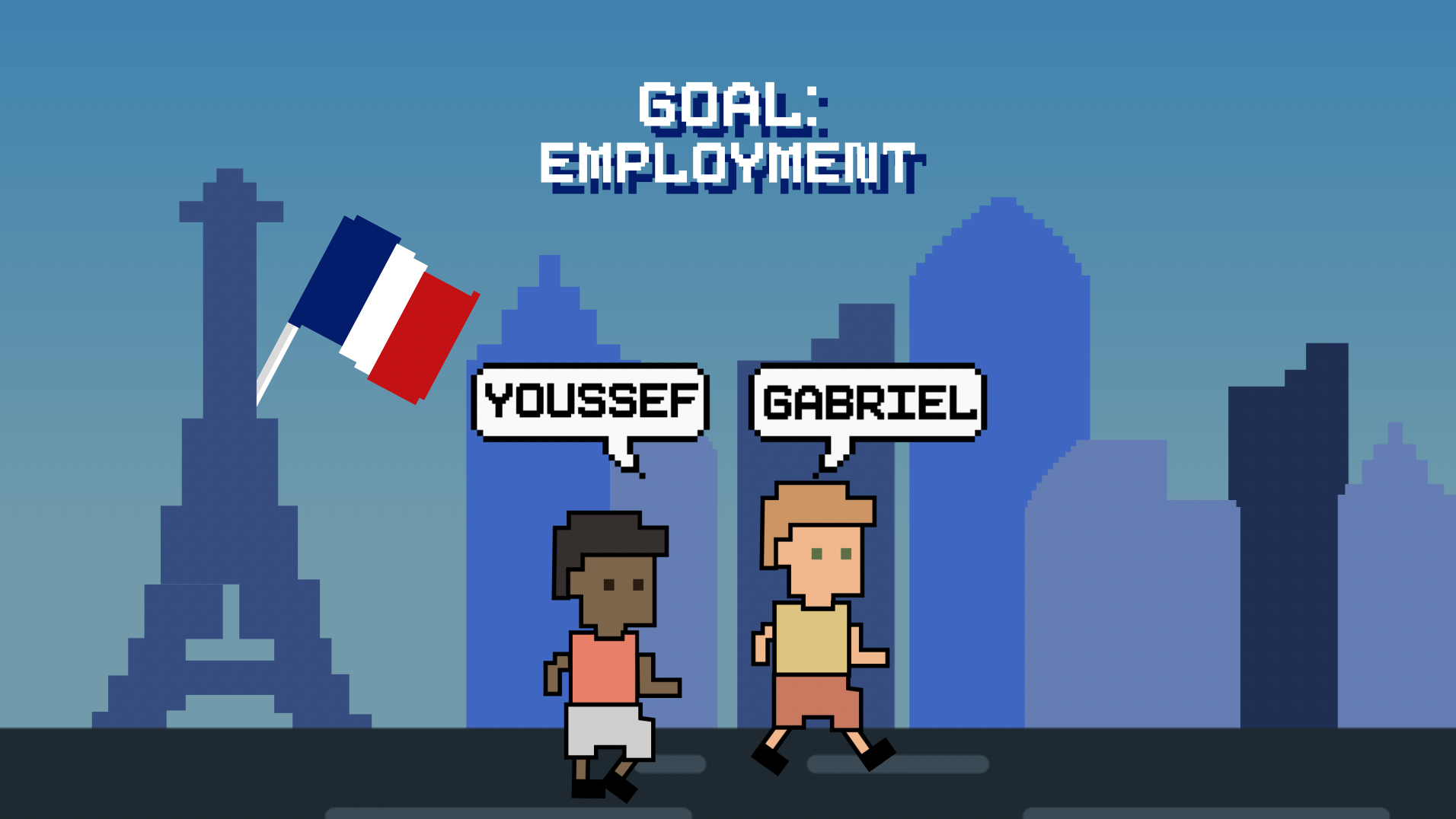 · Should I worry about... gender-biased Artificial Intelligence?

· Should I worry about... My dog during the pandemic?

· Should I worry about… gang databases?

This is a particularly blatant example of a common problem in France, where a candidate's race and religion can make the difference between an ignored or answered application.

In February 2020, the French government, in partnership with researchers at the University of Paris-Est-Créteil, conducted an audit system called "le testing" of more than 100 companies, including Air France.

Le testing is a tool that relies on mock resumes to determine if employers are hiring people in part because of their race.

Researchers send out hundreds, if not thousands, of fake applications, in which the only difference between candidates is their name, race or religion.

If an employer repeatedly offers interviews to people with "Western-sounding" names over other candidates, then the researcher can show the company had bias in the hiring process.

A report that was released in February implied a candidate with a North African-sounding name had 25 percent less chance of a successful application than a person with a Western name.

This was the largest example of le testing conducted in the country. But other examples have shown similar issues.

A study by the Institut Montaigne in 2015 found that religion also affected the call-back rates for applicants.

If the person was Jewish, they received a response 15.8 percent of the time. 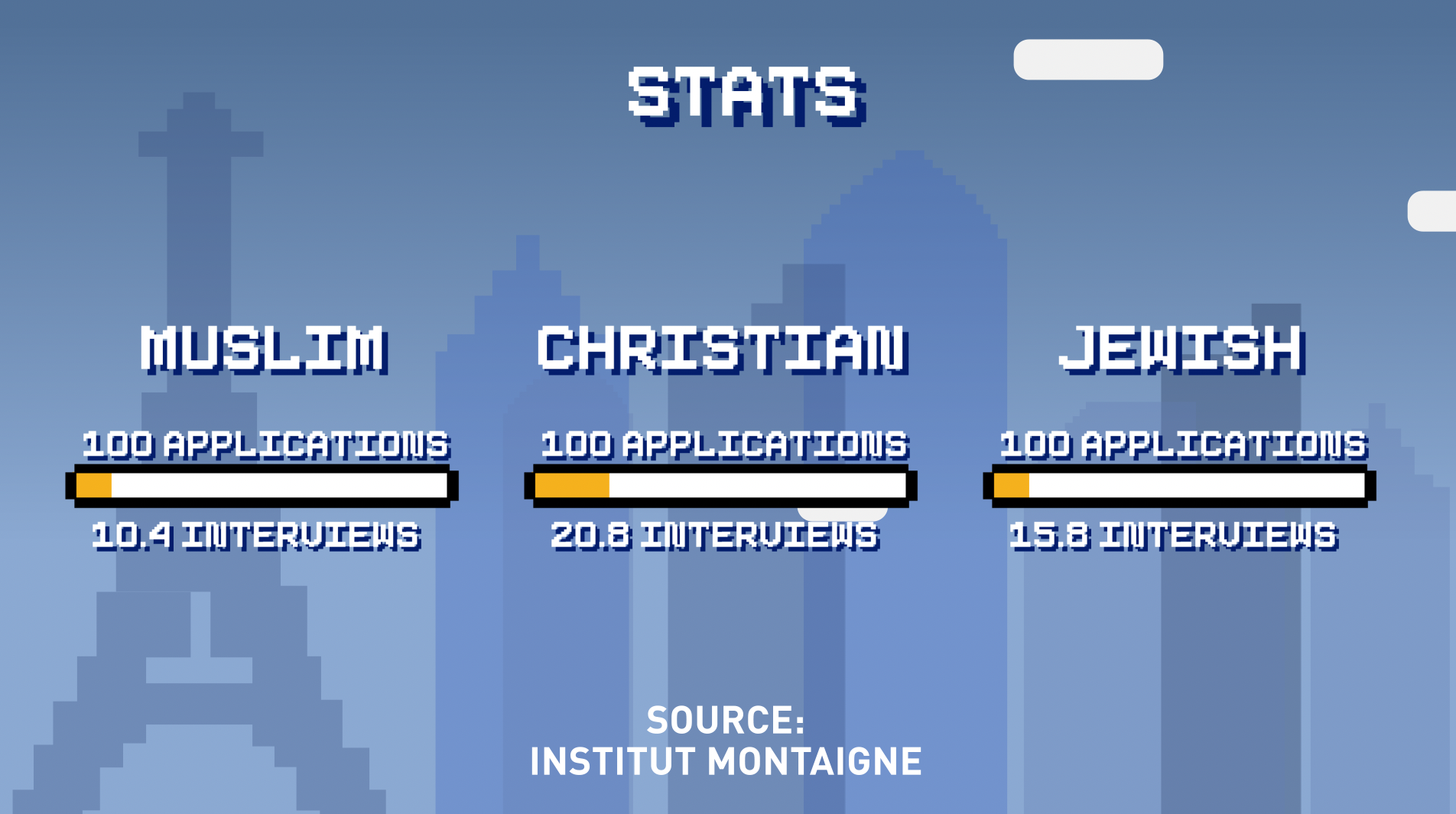 Unconscious bias can negatively impact a business and the economy as a whole.

Not getting the right people in the right jobs can have an obvious impact on efficiency and a company's bottom line – so why is prejudice so prevalent?

"When it comes to influencing our decisions and judgments around people, cognitive or unconscious bias is universally recognized to play a role in unequal outcomes for people of color."

France is not the only country that has employment discrimination based on race and religion, but it is one of the worst.

In a study of 14 countries, including the U.S., Switzerland, Italy, the UK and Norway, France was ranked as the country with the highest employment discrimination.

Germany had the lowest employment discrimination with only a 10 percent difference in call-back rates between a person with a traditionally German-sounding name and a name indicating a person of color.

Despite the growing awareness that employment discrimination is a problem in France, it is not getting better.

"The problem is in the decades we have been doing le testing there has not been a significant lowering of the discrimination in hiring processes," Pauline Birolini, a lawyer for SOS Racisme, told CGTN Europe.

"And even though we talk about it, we bring it to the public attention. And even if companies will answer and publicly react and say we will change, that this won't happen again, when we test the same competencies a few years later... they are still discriminating in very, very high proportions." 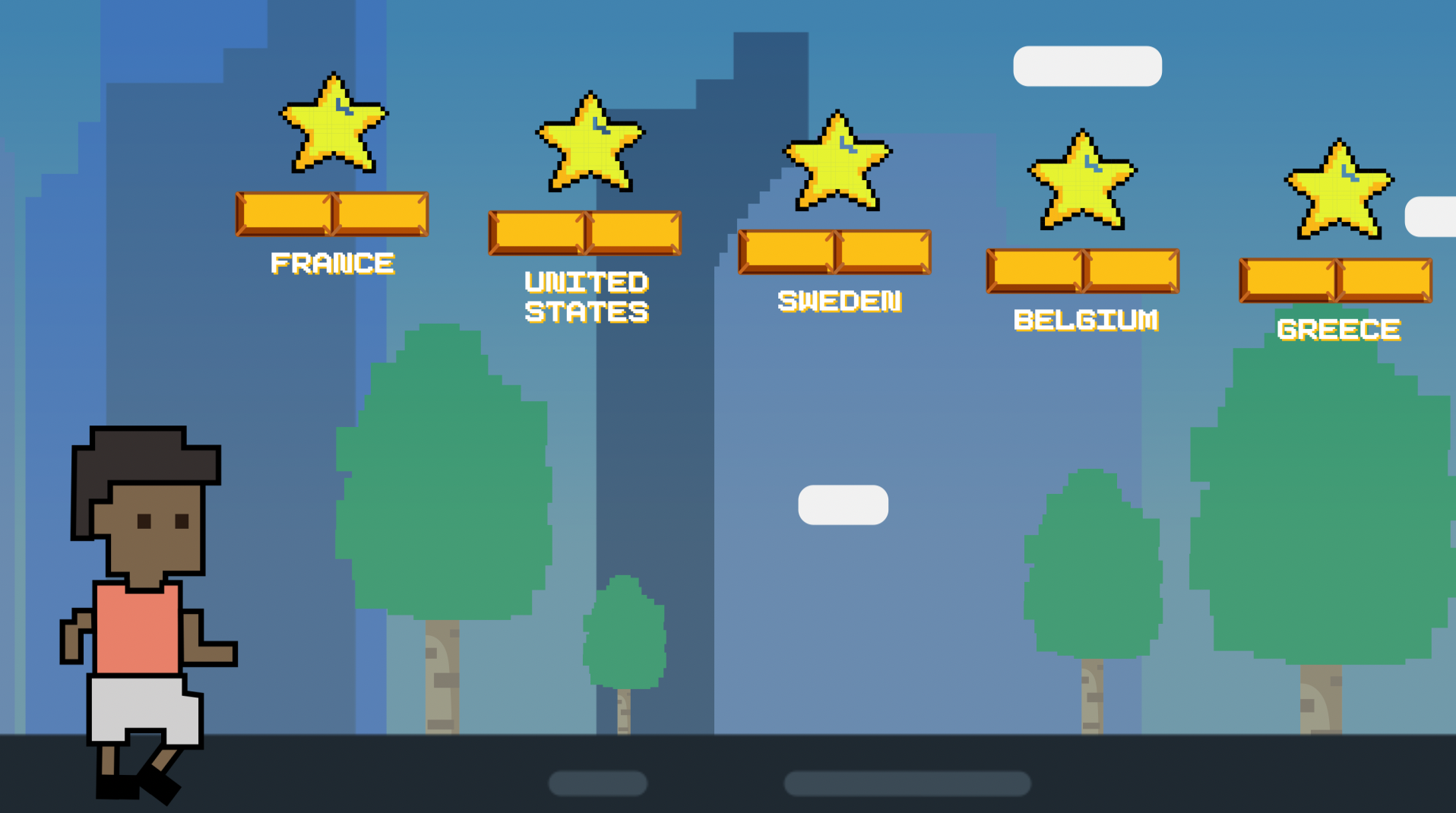 SOS Racisme is France's leading anti-racism organization, and it has been conducting le testing for years with similar results.

And this is also true for other researchers conducting these audits.

"The paradox is that with the awareness of the existence of discrimination, things are getting worse and that people are more sensitive to it and they identify more clearly when discrimination occurs or not," Patrick Simon, a senior researcher at the Institute for Demographic Studies, told CGTN Europe.

Like with SOS Racisme, Simon has also been doing these audits for years.

"In the last 15-year period, the level of self-reported discrimination has increased because of this awareness," he says. "The le testing [measures], which are not based on awareness, but on observing practices from employers, are also showing maybe not an increase, but a stability of the gaps. Nobody can tell that the situation is better."

This leaves hopeful candidates in a perpetual status quo, some left behind not because of their qualifications but their identity.

Some, such as SOS Racisme, are advocating for an anonymous CV as a first step to addressing this gap.

Unlike current French CVs, which commonly include a picture of the hopeful candidate, an anonymous CV would not include a person's name or photo so that an employer would not be able to screen them by their race.

However, others have said this would not be enough to tackle this problem.

And the study by the Institut Montaigne used signifiers on its mock CVs besides just the name of the candidate, such as the places they volunteer and the languages they speak to tell employers the race or religion of their fictional candidate. 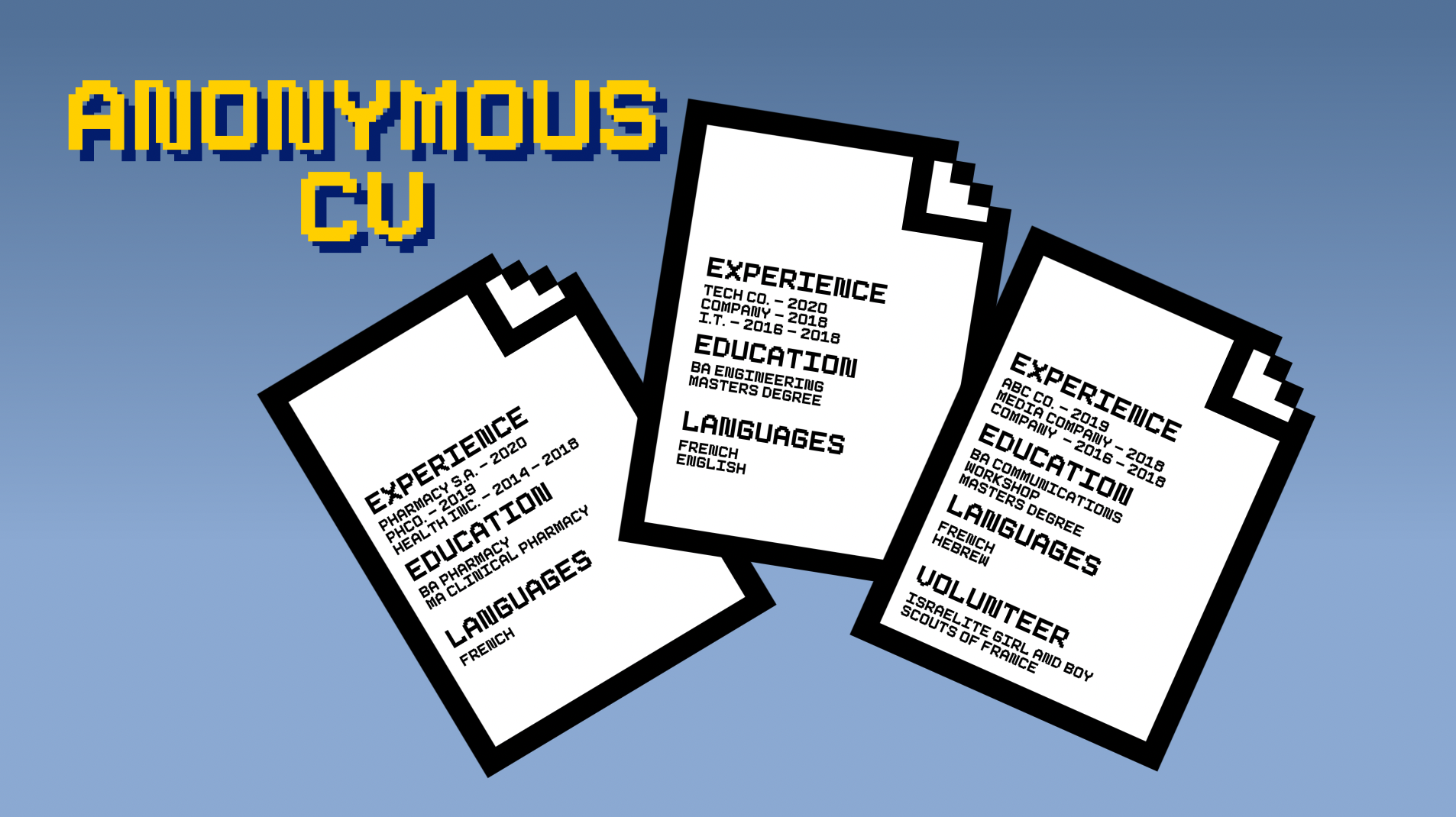 Laëtitia Brahami, a lawyer in France who specializes in employment discrimination, also argued that an anonymous CV would not be enough to tackle this problem.

"We all know the anonymous CV, the possibility of sending a CV without indicating their name, etc," she said.

"But the problem will arise during the first job interview, which is often either face-to-face physically or visually, where we see the physical appearance of the employee and where, indeed, they can be dismissed at that time."

Brahami added that the hiring process is not the only place that a candidate can be discriminated against – and that racism could follow them into the workplace even if they get past the hiring process, including in terms of salary.

Bagalini agrees. "Knowing about bias does not result in changes in behavior by managers and employees," she concedes. "The whole social environment – rather than the individual – needs to be addressed ... from selection processes to performance ratings and promotion decisions."

France does not count race on its census, which is one of the reasons why le testing is necessary in the first place.

So, another possibility in addressing this problem is moving away from France's "color blind" response to race.

"If you want France to get out of this issue, the first thing will be to lift the taboo that is around color and to stop pretending that we won't see color. Because even if we don't want to see it, it is here," Timera added.

"And racism has a consequence on the life of a lot of people. So we have to tackle that. And after that, we will be able to say that we are a universal country and that everybody is the same."