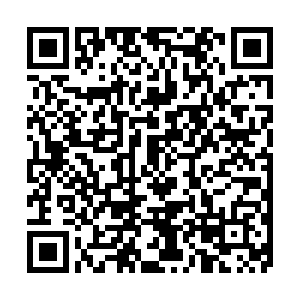 The row over offensive comments made by a British politician has prompted more members of the Chinese community to speak up about the damaging policies they believe the UK government is pursuing in relation to China.

"At a time when Sino-British relations are at a low ebb, government officials should guide their people positively by saying and doing more things that are beneficial to Sino-British friendship, rather than doing the opposite! Sino-British friendship and cooperation is a win-win situation for both sides," Li Hai, President of UK Beijing Association, which organizes cultural events to help connect the two countries, told CGTN.

His was one of 80 community groups to put their name to a statement calling for an apology from Mark Spencer, of the ruling UK Conservative Party who suggested in a media interview - without attempting any justification - that "a little man in China" was listening in to his phone calls.

Wang Haimao, president of the Anglo-Chinese Sports Exchange Association said that he had until now kept silent despite growing anger at the UK's criticism of China over its policies in Xinjiang, Hong Kong and Taiwan.

"As a British citizen, I feel ashamed for the British officials; and as an overseas Chinese, I feel that I cannot tolerate any more. So I am speaking out collectively to boycott the false statements made by certain senior British officials, hoping to clarify the facts, and hoping that the British government and senior officials will abide by the law, review and admit their mistakes, and take action to maintain the hard-won friendly relations between Britain and China," he told CGTN.

The British government has imposed sanctions on Chinese officials it accuses of involvement in human rights violations against ethnic Uyghur people in the Xinjiang region. China denies the specific claims but also insists that its actions in Xinjiang, as in Hong Kong and Taiwan amount to domestic policies and are therefore not to be interfered with by foreign countries.

The UK has also placed restrictions on some Chinese companies, including tech giant Huawei on security grounds, and criticized Beijing's position on the war in Ukraine. China says business matters should be kept separate from politics and maintains that it wants both sides to bring about a peaceful resolution to the conflict in Ukraine.