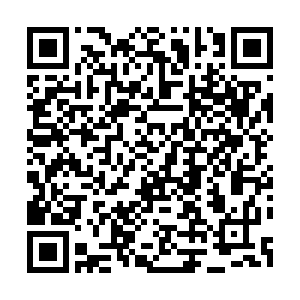 Police officers block the street after an explosion on the busy pedestrian Istiklal avenue in Istanbul. /Kemal Aslan/Reuters

Police officers block the street after an explosion on the busy pedestrian Istiklal avenue in Istanbul. /Kemal Aslan/Reuters

Six people were killed and 53 others were wounded on Sunday when an explosion rocked a busy pedestrian street in central Istanbul in what Turkish President Tayyip Erdogan called a bomb attack that "smells like terrorism."

Ambulances raced to the scene on the packed Istiklal avenue, which police had quickly cordoned off. The area, in the Beyoglu district of Türkiye's largest city, had been crowded as usual at the weekend with shoppers, tourists and families.

Video footage obtained by Reuters showed the moment the blast occurred at 4.13 p.m. (1313 GMT), sending debris into the air and leaving several people lying on the ground, while others fled the scene.

"Efforts to defeat Türkiye and the Turkish people through terrorism will fail today just as they did yesterday and as they will again tomorrow," Erdogan told a news conference in Istanbul.

"Our people can rest assured that the culprits behind the attack will be punished as they deserve," he said, adding that initial information suggested "a woman played a part" in it.

"It would be wrong to say this is undoubtedly a terrorist attack but the initial developments and initial intelligence from my governor is that it smells like terrorism," he added.

Nobody has claimed responsibility for the blast. But Istanbul and other Turkish cities have been targeted in the past by Kurdish separatists, Islamist militants and other groups, including in a series of attacks in 2015 and 2016. READ MORE BELOW

Footage showed people attending to victims after the blast, and later investigators in white outfits collecting material from the scene, where pieces of a concrete planter were scattered on the avenue.

According to user-generated content posted on social media shortly after the explosion, it was accompanied by flames and immediately triggered panic, with people running in all directions.

A large black crater was also visible in those images, as well as several bodies lying on the ground nearby. Police established a large security cordon to prevent access to the damaged area for fear of a second explosion. 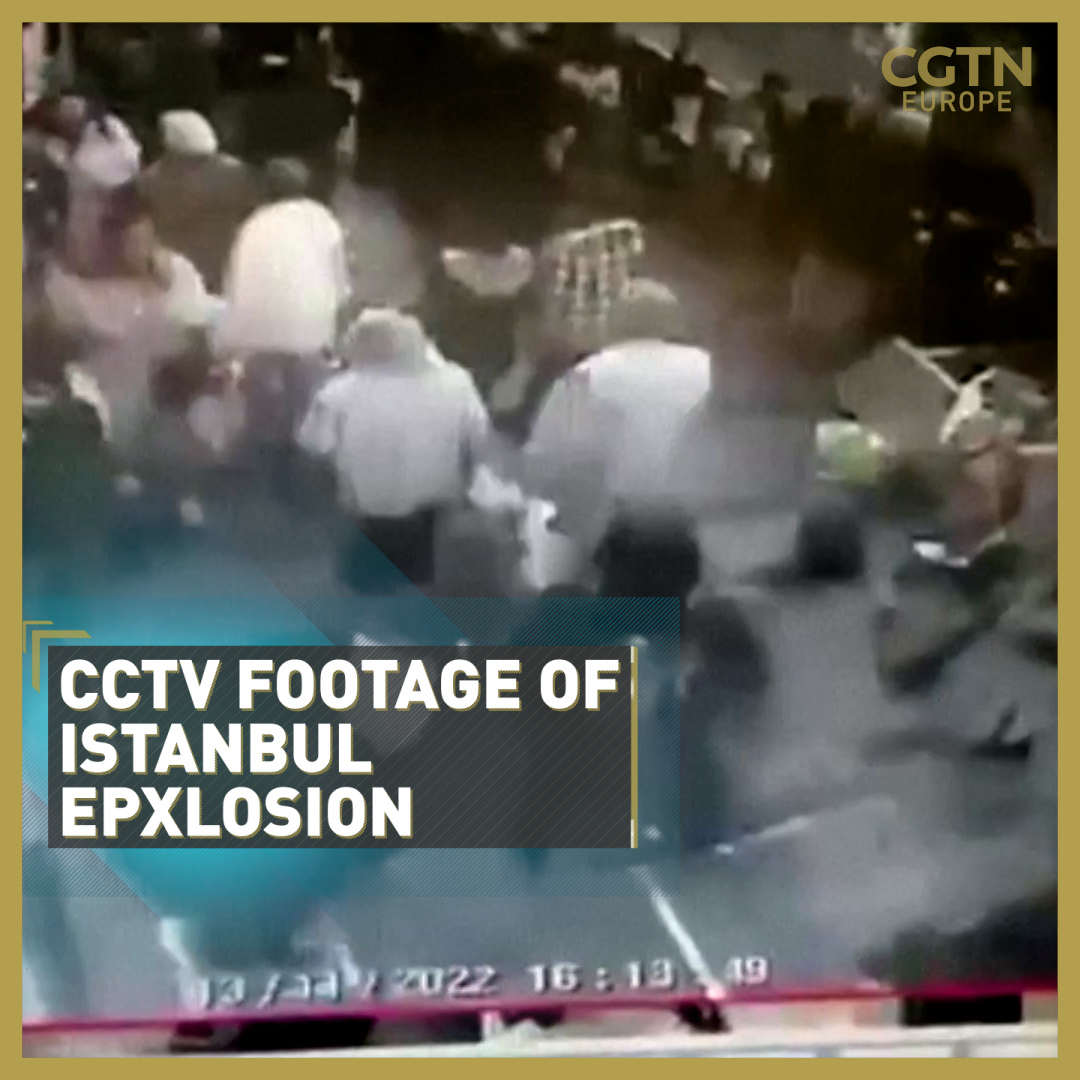 Istiklal avenue, in the historic district of Beyoglu, is one of the most famous arteries of Istanbul and is entirely pedestrian for 1.4 kilometers. Criss-crossed by an old tramway, lined with shops and restaurants, it is often filled with large crowds during the weekend.

In the neighboring district of Galata, many stores closed early while some passers-by, who came running from the site of the explosion, had tears in their eyes.

A massive deployment of security forces equally barred all entrances, while a heavy deployment of rescue workers and police were visible.

"When I heard the explosion, I was petrified, people froze, looking at each other. Then people started running away. What else can you do?" said Mehmet Akus, 45, a worker in a restaurant on the avenue. "My relatives called me, they know I work on Istiklal. I reassured them."

"I was 50-55 meters away, suddenly there was the noise of an explosion. I saw three or four people on the ground," said witness Cemal Denizci, 57. "People were running in panic. The noise was huge. There was black smoke," he said.

A helicopter flew above the scene and a number of ambulances were parked in nearby Taksim Square. The Turkish Red Crescent said blood was being transferred to nearby hospitals.

If confirmed, it would be the first major bomb blast in Istanbul in several years.

A reaction came quickly from Greece, which "unequivocally" condemned the blast and expressed condolences to the government and people of Türkiye.

Condemnations of the attack and condolences for the victims also rolled in from several countries including Egypt, Ukraine, Azerbaijan and Pakistan. European Council President Charles Michel said on Twitter he had sent condolences to victims after the "horrific news." 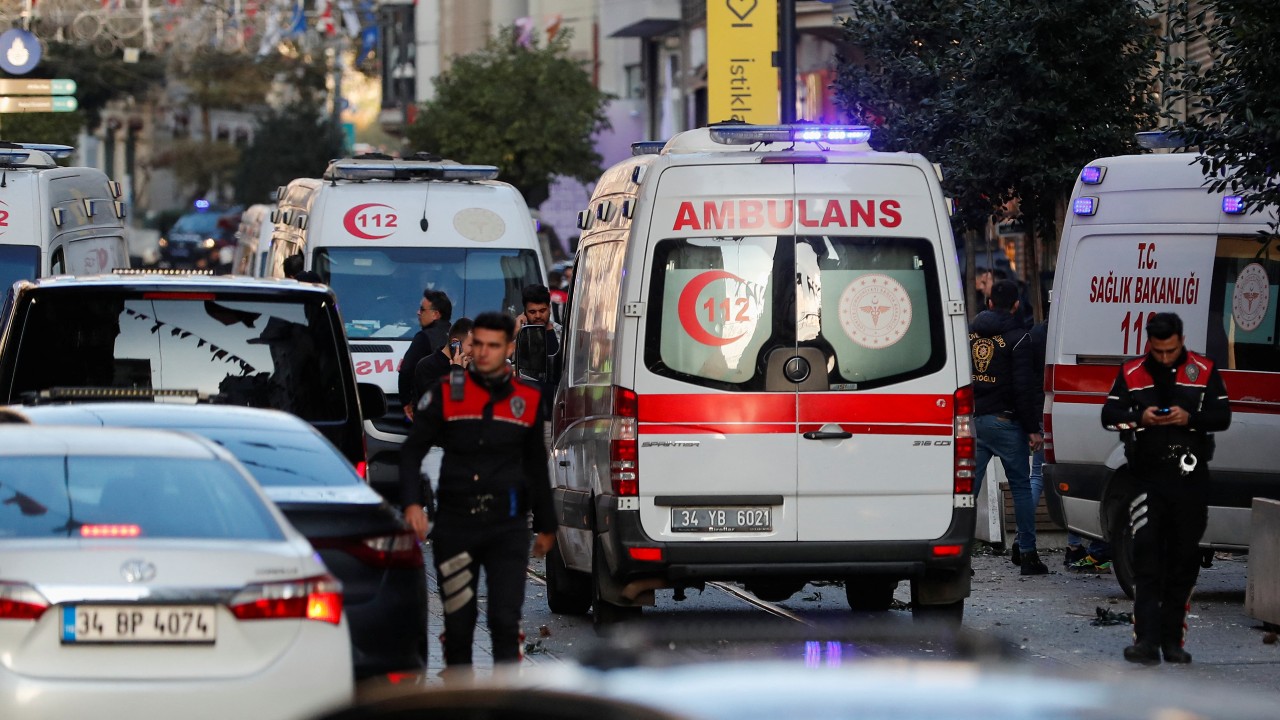 This apparent attack in the center of Istanbul comes at a critical time for Türkiye, ahead of parliamentary and presidential elections next year. Speaking in Ankara, Erdogan described the blast on Istanbul's busiest shopping street, İstiklal avenue as a "treacherous attack," stating "those responsible will be punished."

While the authorities remain cautious about apportioning blame, Erdogan added "there is a smell of terror" around the event. If so, it could be the first significant terror related attack in Türkiye's largest city in more than five years.

In March 2016, just yards from where Sunday's blast happened, a suicide bomber blew himself up, killing five passers-by, including three Israeli tourists and injuring 36. The culprit was later identified as a Turkish national who had been recruited to the Islamic State group in the wake of the Syrian conflict.

In January of the same year, another suicide attack in the city's historic Sultanhamet district killed 13, mostly German tourists. The bomber was again later identified as an ISIL recruit from Syria, who entered Türkiye as a refugee.

In June, attackers armed with automatic weapons and explosive jackets stormed the city's Ataturk airport, killing 45. Then on New Year's Day 2017, a party at the city's famous Reina nightclub ended in bloodshed after an Uzbek Islamist shot and killed 39 revelers.

Since then, security measures have been tightened at public places across the city, with most shopping venues and public places equipped with metal detectors. Tourists and locals alike are subjected to routine baggage searches, while police and armored vehicles regularly patrol the busiest areas.

However, security analysts say Istanbul remains at particular risk of attack from the many Islamist, leftist and Kurdish militant groups operating in Türkiye, who may argue that an attack on its highest-profile target has an effect that cannot be achieved anywhere else in the country.

As the republic prepares to go to the polls in what looks to be the toughest test for the ruling AKP party since it came to power in 2002, the fear for the city's 18 million residents is that more of the same could be on the way.