Despite differences over investment deals and the war in Ukraine the two countries are enjoying strong partnerships in other areas, such as healthcare.

German businessman Knut Meierfels is also on his way to China, to attend the Smart City Expo World Congress in Shanghai. There he will pitch a network he is developing between German and Chinese doctors in the area of diseases of civilizations.

"Diseases of civilization are malnutrition, diabetes, obesity, whatever diseases arise from bad nutrition," Meierfels told CGTN from his office in the western state of Saarland.

"Europe, unfortunately, has more experience in this area, so we can pass on our experience over many decades to our Chinese colleagues."

While not a medical doctor himself, Meierfels says the idea came from doctors in Shanghai he knows through business dealings and who asked him to make German professors available to discuss diseases with Chinese doctors. 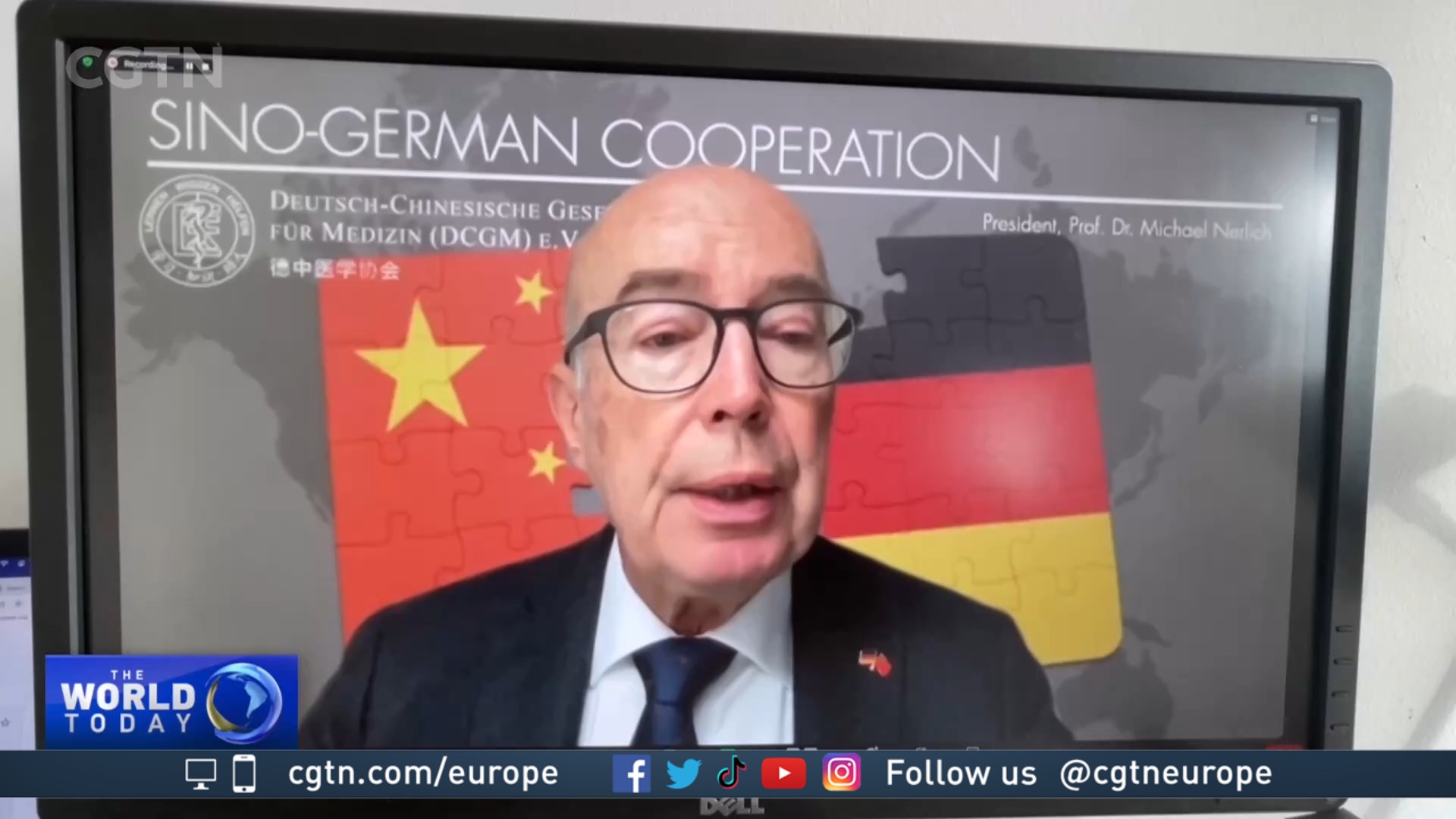 Trauma and orthopaedic surgeon, Michael Nerlich, says cooperation has been happening between the two countries in many areas of medical care for decades. He should know. Nerlich is also the president of the German-Chinese Society for Medicine (DCGM), which was formed in 1984 by Chinese doctors trained in Germany.

He tells CGTN that defining the strengths each country can offer the other is what makes the bilateral cooperation work.

"For instance," says Nerlich, "they want to learn from us how to manage trauma care, how to manage severe injuries. On the other hand, we learn from their cases. (Due to their population size) they have such a wealth of cases, which is very interesting for us."

He adds: "There are also communicable diseases, like viruses that develop differently in some areas of our globe and we (can) learn from the experience in these countries."

Due to this cooperation, Germany was one of the first countries in Europe to know of the COVID-19 virus and the steps China was taking to try and stop its spread.

"Before COVID-19, we had strong cooperation in the area of virology," Nerlich points out. "We have had scientific cooperation for many years between universities in Germany and universities in China on these issues. We hold virtual conferences. So we were quite well prepared, even during the first phase of the pandemic, to learn from the experiences the Chinese had. This was extremely helpful for the western world."

Meanwhile, Germany's commitment to medical research has led to ground-breaking innovation, such as the development of the first globally authorized COVID-19 vaccine, while China has advanced the production of new age medical equipment to complement traditional Teutonic technology.

However, Berlin and Beijing's political relationship has been cooled under Scholz's leadership. Nerlich counters this, saying: "healthcare is a special area. We know what the Chinese can do and they know what we can do and we respect each other very well."

Businessmen Meierfels agreed with this saying "we have to work with China in the same way we will work with America, because we only have one world and they are a big global player. So we can act on an equal footing with the Chinese and vice versa the Chinese with us. This is a way to build trust again."

Meanwhile, as both countries face ageing populations, medical experts are working closely together in the area of geriatric care, with German doctors exploring traditional Chinese medicine to help alleviate neurodegenerative diseases like Alzheimer's and dementia.