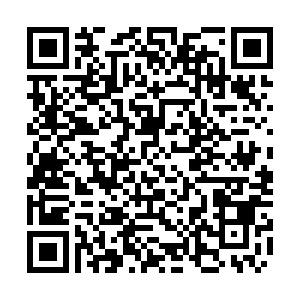 With all the mounting crises the world has faced during 2022, it's perhaps no surprise that the term 'permacrisis' - a word describing an extended period of instability and insecurity - has been chosen as Collins Dictionary's Word of the Year.

Announcing the winner on Tuesday, Glasgow-based Collins Dictionary said on its website that permacrisis was just "one of several words" highlighting ongoing global emergencies, including political instability in the UK, the war in Ukraine, the climate emergency, and the cost-of-living crisis.

The term "perfectly embodies the dizzying sense of lurching from one unprecedented event to another, as we wonder bleakly what new horrors might be around the corner," the Guardian editor David Shariatmadari wrote on the Collins Dictionary blog.

Permacrisis came out on top in Collins's annual compilation of 10 words that represent our times.

Others included the Ukrainian spelling of 'Kyiv', as opposed to the Russian 'Kiev', 'lawfare' - the strategic use of legal proceedings to intimidate or hinder an opponent - and 'partygate', referencing the UK political scandal over illegal gatherings held in government offices during the COVID-19 pandemic.

The list was put together by considering the eight billion-word Collins Corpus database of words, as well as a range of media sources, including social media.

The top ten words are as follows, in alphabetical order:

Carolean: Of or relating to Charles III of Great Britain and Northern Ireland or his reign.

Kyiv: The capital of Ukraine, on the Dnipro River.

Lawfare: The strategic use of legal proceedings to intimidate or hinder an opponent.

Partygate: A political scandal over social gatherings held in British government offices during 2020 and 2021 in defiance of the public health restrictions that prevailed at the time.

Permacrisis: An extended period of instability and insecurity, especially one resulting from a series of catastrophic events.

Splooting: The act of lying flat on the stomach with the legs stretched out.

Sportswashing: The sponsorship or promotion of sporting events in order to enhance a tarnished reputation or distract attention from a controversial activity.

Vibe shift: A significant change in a prevailing cultural atmosphere or trend.

Warm bank: A heated building where people who cannot afford to heat their own homes may go.