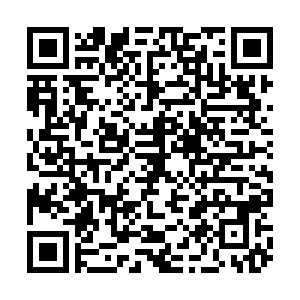 The UK's Interior Minister (Home Secretary) Suella Braverman has come under fire for saying that the country is facing an "invasion" of illegal migrants after she was accused of allowing unsanitary overcrowding at a major immigration processing center. Immigration is a major political issue in the UK that successive Conservative Party governments have failed to tackle.

There were storm-force winds in Dover and across the English channel on Tuesday and the coast guard did not expect many migrants attempting to cross from France in flimsy rubber dinghies.

But the political storm over immigration is only intensifying.

Counter-terrorism police are monitoring an investigation into an incident when petrol bombs were thrown at a detention center in Dover on Sunday by a man who later killed himself.

Despite already being over capacity, 700 migrants were evacuated from Dover to a nearby migrant processing center in Manston that has come under intense criticism.

The center is only meant to hold around 1,600 people for 24 hours so they can undergo security and identity checks before moving them on to the asylum accommodation system, which consists mainly of hotels. But an inspection last week found 4,000 people, including children, were being detained there for up to a month, some sleeping on floors amid reports of several cases of diphtheria.

Braverman was forced to give a statement to the UK parliament following accusations that she had blocked signing off on hotel transfers, something she denies.

"When we face so many arrivals so quickly, it is practically impossible to procure over a thousand beds at such short notice," Braverman countered. "Consequently, we have recently expanded the site and are working tirelessly to improve facilities.

"There are, of course, competing and heavy demands on housing stock, including for Ukrainians, Afghans and social housing."

But the minister's comments on Monday that she was working to stop the "invasion on our southern coast" were widely condemned.

Tim Naor Hilton is the Chief Executive of Refugee Action and he told CGTN Europe: "this is a humanitarian catastrophe that is entirely of the government's own making. The focus on hostility and cruelty that they've been basing their approach to refugee policy on is absolutely no way to run a refugee protection system."

The number of migrants and asylum seekers making the dangerous crossing from France has risen dramatically in recent years, aided by criminal gangs. Last year around 28,000 refugees crossed the channel, a number that has soared to 44,000 in 2022. Almost 1,000 people crossed the channel on Saturday alone.

The UK's latest Prime Minister, Rishi Sunak, had hoped to concentrate on the economy and leave political scandals behind, but the treatment of refugees and the conduct of his Home Secretary are already putting him under pressure.