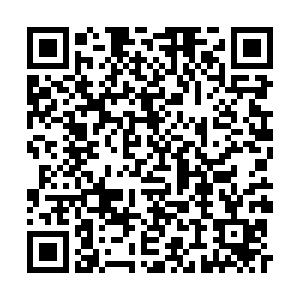 A week after the 20th National Congress of the Chinese Communist Party drew to a close, CGTN Europe assembled experts from different fields to discuss key messages about the direction the world's most populous country is heading. 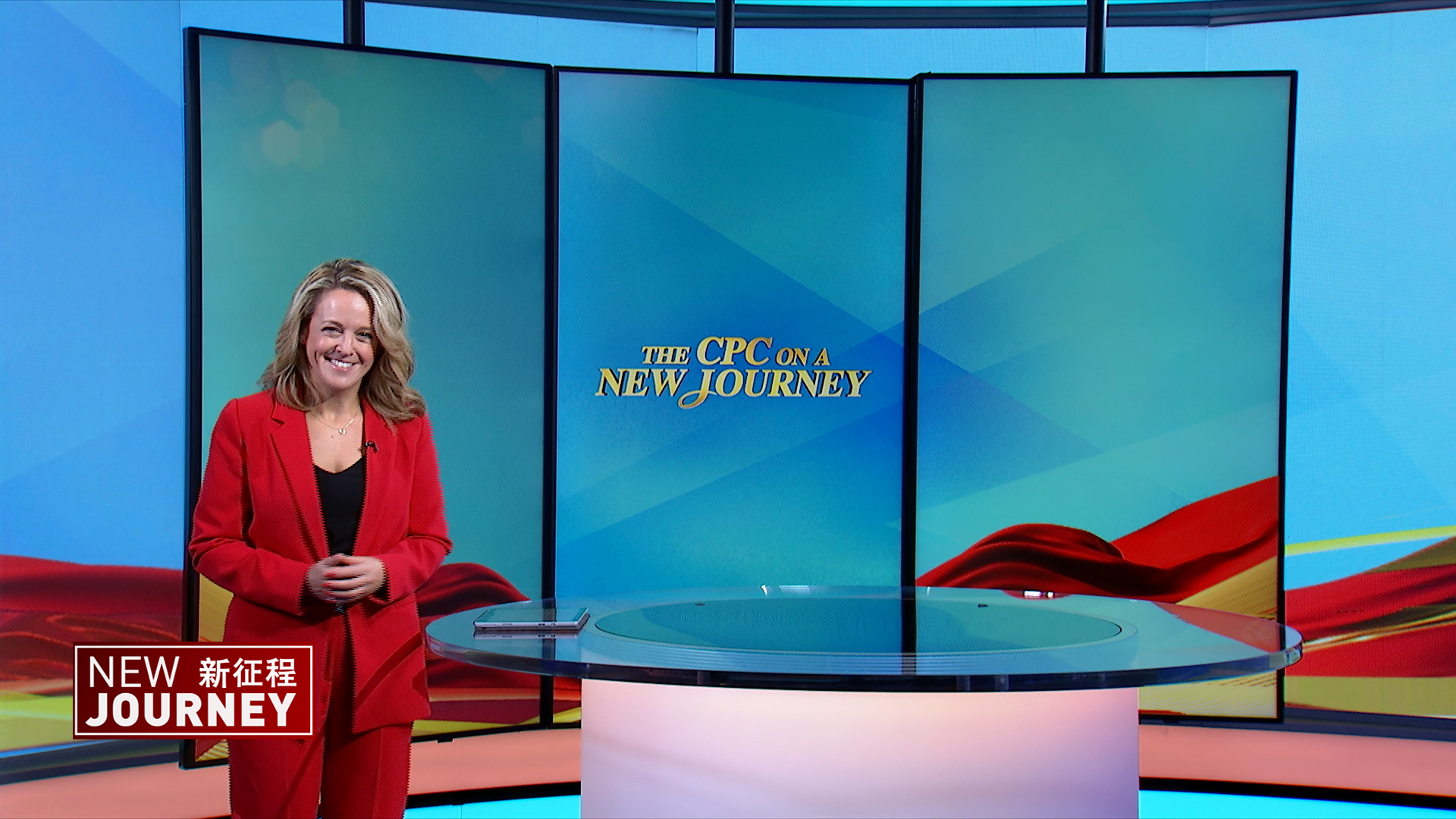 In any discussion about the policies that have steered China's recent past, the topic of poverty alleviation is impossible to avoid. The numbers are well known – around 100 million rural residents lifted out of poverty in just eight years through 2020; 800 million in the past four decades; a middle class that has swollen to 400 million people. But the achievement goes far beyond incomes, into access to education, clean water, internet and transport connections.

That is the development strategy of China, one that goes beyond economic growth and puts people first. And the message from the country's leaders in recent weeks has been a firm commitment to that path.

In an exclusive conversation with China's ambassador to the UK Zheng Zeguang, CGTN Europe explored what the idea that China cannot develop in isolation from the world and that the world needs China for its development really means in practice. Zheng also shared his thoughts on how China and Europe can work together to tackle global problems.

He told CGTN's Juliet Mann: "China will respond to external uncertainties with its own certainty, and inject positive energy into world development with its high-quality development and high standard opening up." 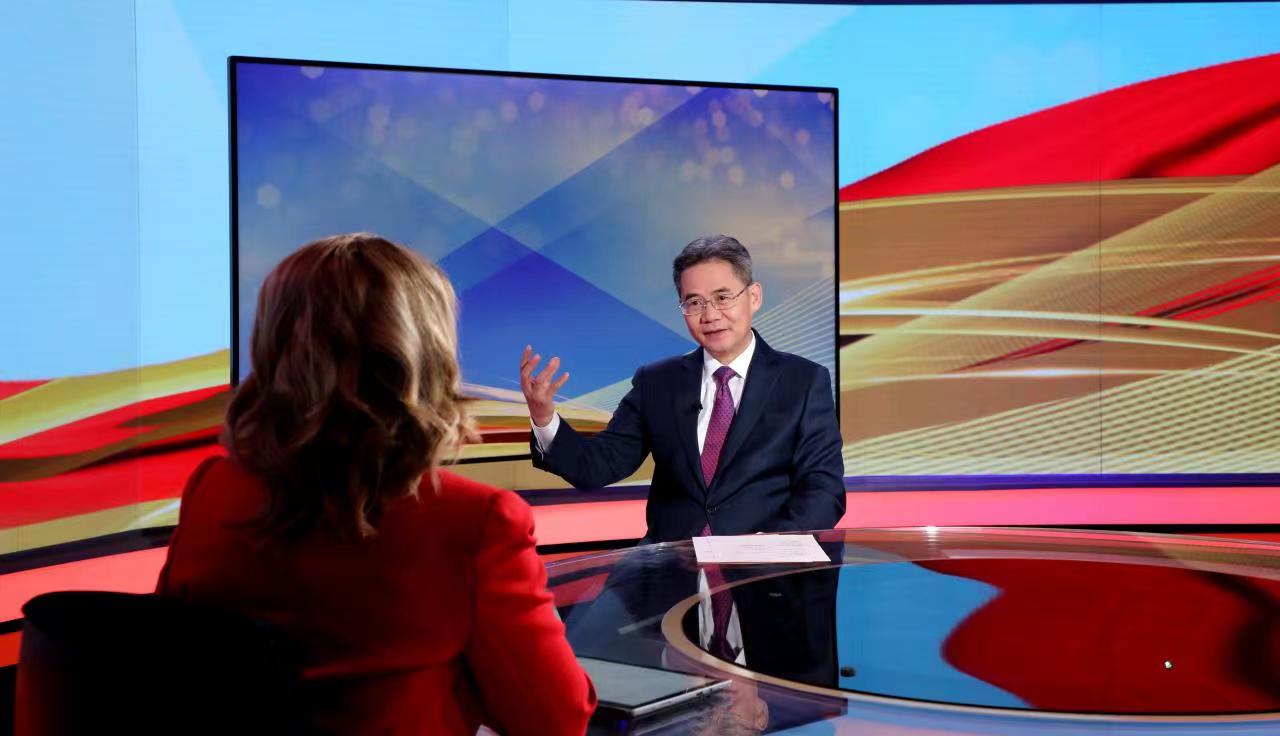 There are "several key messages that are essential for the future global order: that China vision of a fairer and more inclusive global order; a more cooperative global order; and more importantly about a global order that has a safety net for the left-behind so that everybody can benefit," said Yin Zhiguang, a professor at the School of International Relations and Public Affairs at Fudan University.

David Ferguson, senior translation editor at China International Publishing Group, agreed: "A huge amount of emphasis has been placed on shared development, which means that everybody shares the fruits. That was one of the fundamental bases of the whole poverty alleviation program: Targeting poverty alleviation was designed to make sure that nobody was left behind. And I think that that fundamental concept of shared development, people-centered development, is something that President Xi places increasing emphasis on."

On a panel focusing on China's economic development, guests discussed how China has ensured that its growth – powering the global economy for the past two decades – has also been sustainable. With a "trilateral, hybrid" structure built around a 60 percent contribution from domestic private businesses, a 20 percent participation from the state and a further 20 percent from multinational companies, China has been able to create a modern economy, according to Wang Huiyao, Founder and President of Center for China and Globalization.

The challenge the country's leadership is now taking on is about how to adapt governance structures designed for an economy of around $2 trillion for an economy that has now grown to closer to $20 trillion, noted Mark Ostwald, chief economist at AGM Investor Services.

As it makes those changes, other economies will have the opportunity to learn from them, according to Stephen Perry, chairman of the 48 Club.

"We may find ourselves where we could have been several hundred years ago when we used many of the innovations from China to make our industrial revolution happen," Perry noted. "It's important, I think, for every country around the world to participate in China in order to learn all these great innovations which are going to be, in many cases, led from China."

Outside its domestic markets, China's influence on the world economy is perhaps best illustrated by its Belt and Road Initiative which has involved more than 180 countries to improve infrastructure and commerce opportunities.

One advantage China has in the course of its development is the long-term perspectives that its political system affords. The stability offered by the Communist Party means that rather than changing tack every few years, policies can be targeted decades ahead.

"It's astonishing to see a governance system, a governing party that's able to look forward 27 years and be able to make specific plans for what the country is going to be looking like then," said China International Publishing's Ferguson.

That philosophy is exemplified in the commitments made to education at the Congress. China's science and education strategy has been in place since 1995 and has evolved to focus on new areas of growth such as artificial intelligence and space technologies.

It is in actions, not words, that China's impact on the global economy is being felt, said Christoph Nedopil, Director of the Green Finance and Development Center at Fanhai International School of Finance – and nowhere is that more obvious, or important, than the battle against climate change.

"Over the past years, based on its huge size and strategic capabilities in manufacturing and research, China has seized the opportunity to innovate and to develop globally leading bases for green transport and energy, and [become the] largest supplier of solar and wind in the world. And I think this is just the beginning of a great opportunity for China to scale up infrastructure domestically and internationally," he said.

Ambassador Zheng said that China was offering an example to the world that development is possible without imposing the same cost to the rest of the world as previous approaches have done.

"In pursuing modernization, the old path of war, colonization and plunder taken by certain countries must be rejected," he said. Problems such as polarization, cultural impoverishment, and ecological degradation must be prevented, he said, adding: "The Chinese path enriches world modernization theories, provides a new choice for human modernization and will lead the way for economic globalization.”

China's message to the world is to take a holistic view – thinking about people first – the panelists agreed, summed up in a message to the corporate world from Fundan University's Yin:

"Business needs to include much more concerns of the society in general, the social responsibility not only in China, but also globally…engaging with stakeholders instead of shareholders."