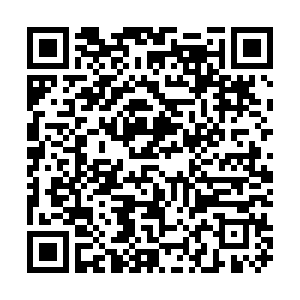 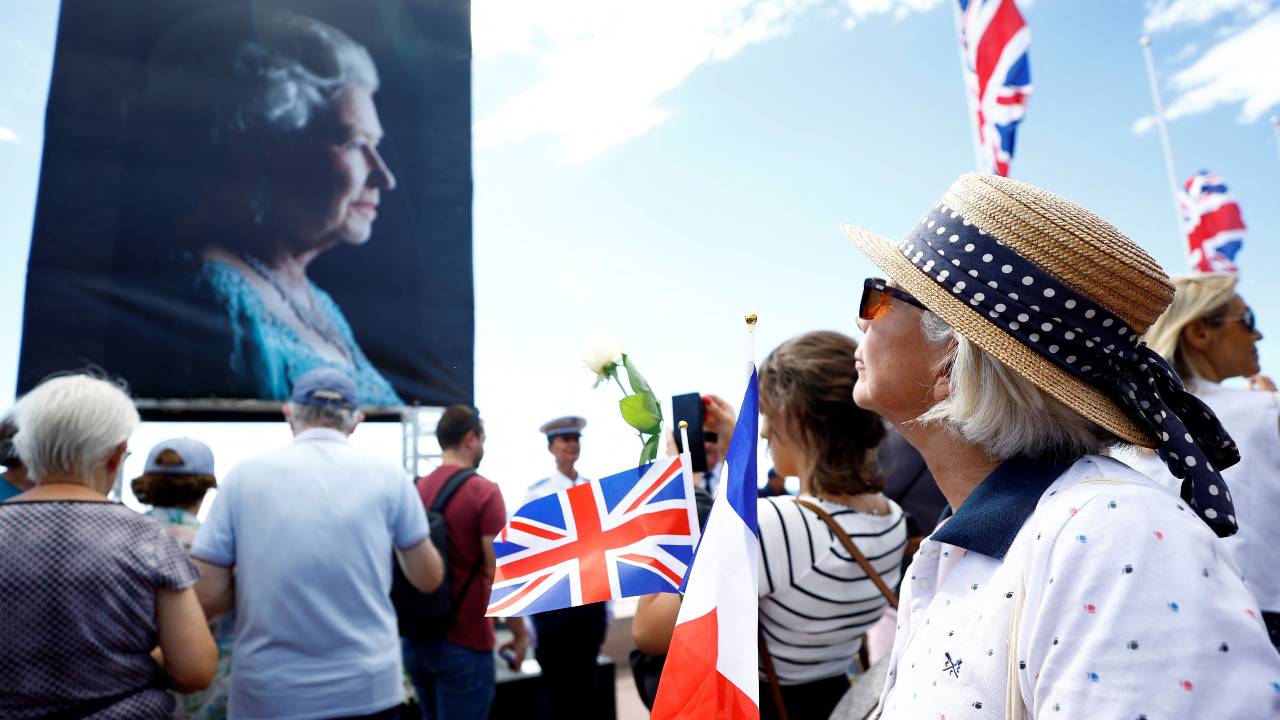 A woman holds a Union Jack flag and a French tricolor in Nice, France following the passing of Britain's Queen Elizabeth. /Eric Gaillard/Reuters

A woman holds a Union Jack flag and a French tricolor in Nice, France following the passing of Britain's Queen Elizabeth. /Eric Gaillard/Reuters

In 1793, French revolutionaries famously deposed of the country's royal family, executing King Louis XVI and his wife by guillotine, ensuring France's status as a republic.

It would be another 60 years before the end of its monarchy but the original revolt against the crown remains a founding story of the modern French state, and is still proudly celebrated as a major victory in the struggle for universal human rights over tyranny.

However, the death of Queen Elizabeth II – marked in France with tributes from politicians, wall-to-wall media coverage, and personal displays of affection – has revealed a growing divide between the country's traditional anti-monarchists, and those with a surprisingly deep affection for the British Crown. 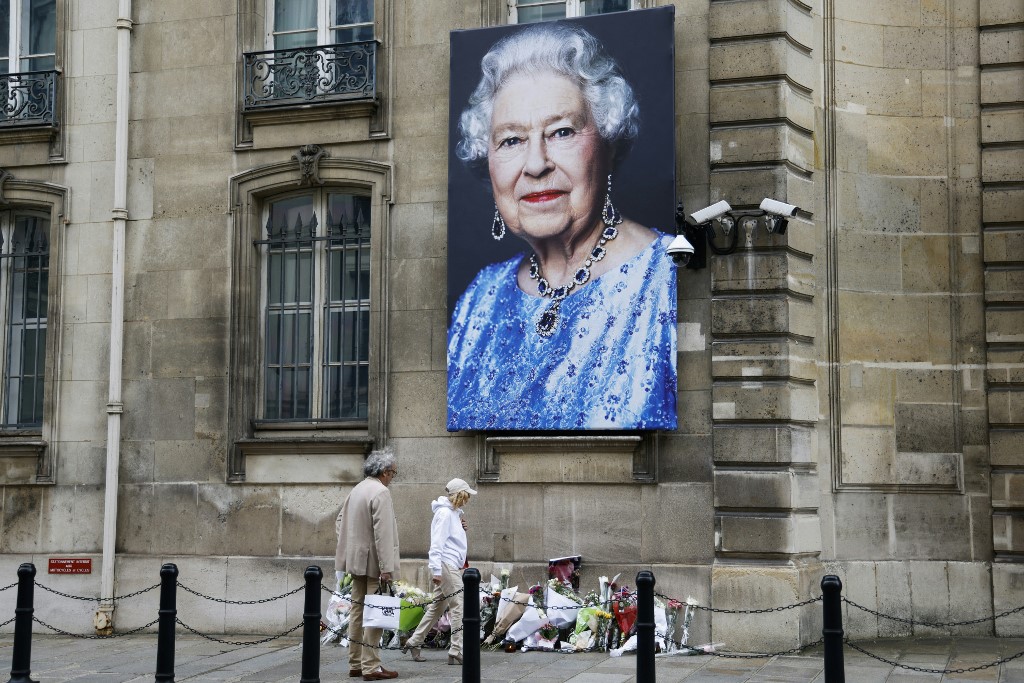 Pedestrians walk past a portrait of Queen Elizabeth II and flowers laid out at the British Embassy in Paris. /Ludovic Marin/AFP

Pedestrians walk past a portrait of Queen Elizabeth II and flowers laid out at the British Embassy in Paris. /Ludovic Marin/AFP

France has seen an outpouring of commemorations and appreciation since the death of Elizabeth II.

Outside the British embassy in Paris, Victoria Cazals, a 48-year-old from southern Toulouse, laid flowers to mark the queen's passing, a profoundly emotional moment for the French woman.

"I never knew my own grandparents and it feels like I've lost my grandmother," she says, choking back tears.

Without a royal family in France, Cazals said she followed all the major events in the life of the Windsors, "the babies, the marriages, and what the Queen did." 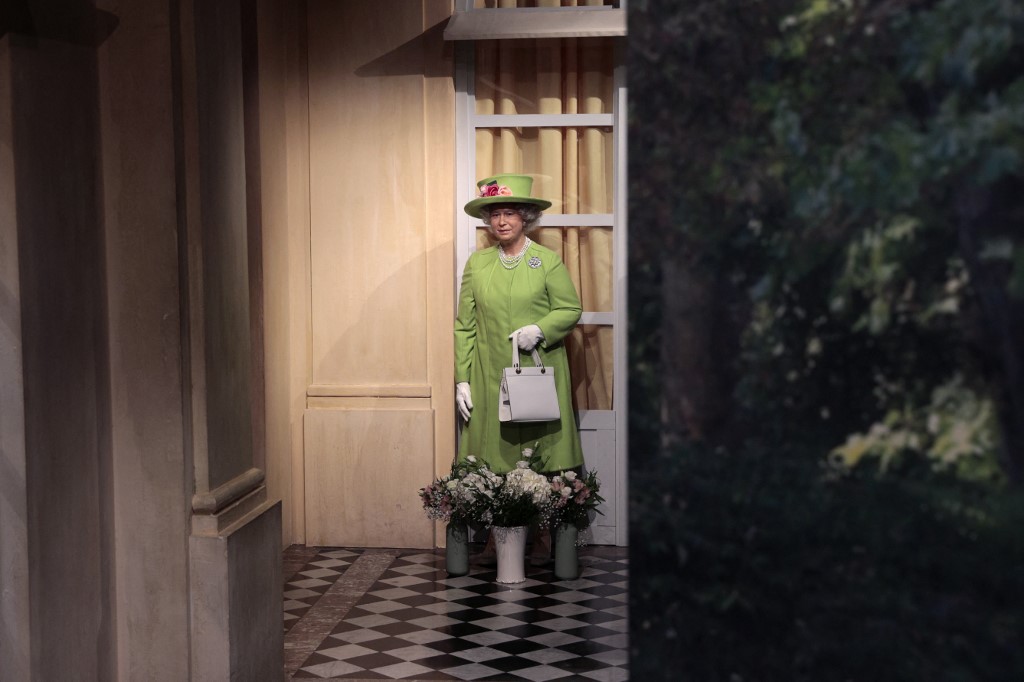 Flowers have been laid in front of the wax statue of late Britain's Queen Elizabeth II at the Grevin wax museum in Paris. /Geoffroy Van Der Hasselt/AFP

Flowers have been laid in front of the wax statue of late Britain's Queen Elizabeth II at the Grevin wax museum in Paris. /Geoffroy Van Der Hasselt/AFP

Others at the memorial spoke of their admiration for Elizabeth II's personal qualities, particularly her devotion and longevity – but also more political reasons.

"She represented a form of stability, a unifying figure," said Veronique, a 63-year-old retired legal worker, after she laid flowers at the site. "We maybe miss having this point of stability."

The mourners in Paris were not alone in their veneration. Many French television personalities and news reporters, on hearing of the Queen's death, donned black ties on television as a mark of respect to the British monarch.

The Republic's President Emmanuel Macron struck a similar tone in one of several messages of condolence to the British public: "To you, she was your Queen. To us, she was THE Queen," he said, adding that "we all feel an emptiness."

But why, after decades of republicanism and all of France's revolutionary pride, is there still so much love for the royal family of a historic rival? 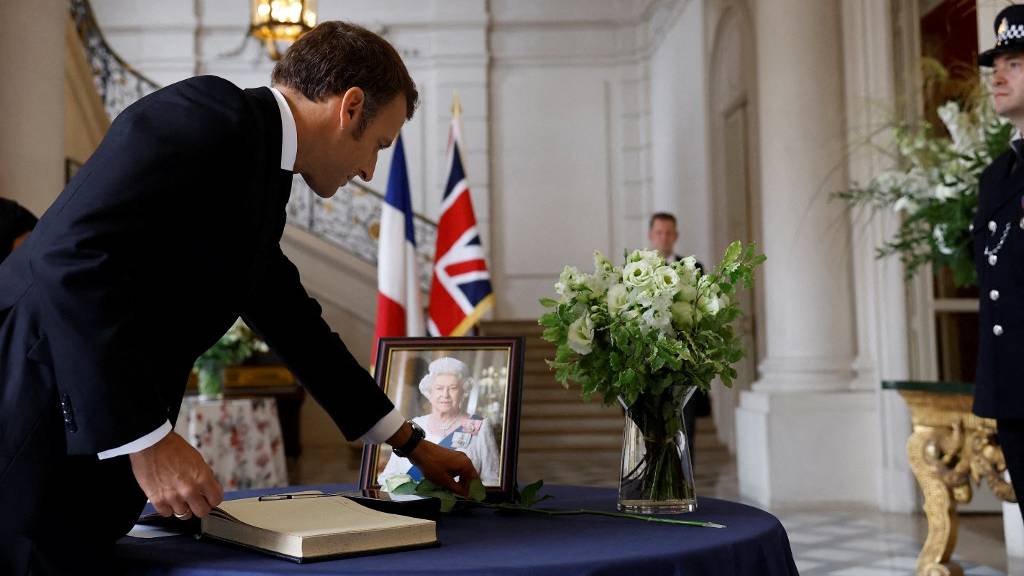 French President Emmanuel Macron places a rose next to a portrait of Queen Elizabeth II at the British Embassy in Paris. /Christian Hartmann/AFP

French President Emmanuel Macron places a rose next to a portrait of Queen Elizabeth II at the British Embassy in Paris. /Christian Hartmann/AFP

Philippe Marliere, a French political scientist at University College London, suggests that many in France still nurture a royalist streak as a consequence of nostalgia for their own country's long-lost nobility.

"Beneath the Republican veneer, there's a sort of monarchical atavism, even though France got rid of its monarchy a long time ago," he says.

The French modern state, he adds, has retained its love of pomp and pageantry from its royalist days, while the position of the all-powerful president in France – which Marliere calls "an elected monarch" – is closer to that of a royal than many republicans would like to admit.

Jean Des Cars, one of France's best-known royal journalists and authors, agreed that there was a "fascination for the Queen among French people, some of whom are nostalgic for the monarchy without admitting it."

But he added that there was a more personal reason for the French public's connection to Queen Elizabeth II. "The Queen was very close to France, she spoke marvelous French, and she had stables in France, near Paris," he said.

She also made six state visits to France, one in 1994 where she took President Francois Mitterrand in her maroon Rolls-Royce to formally open the tunnel under the Channel.

"When you referred to 'the queen', it could only be her," said Des Cars. However, such deference is not universal in France. 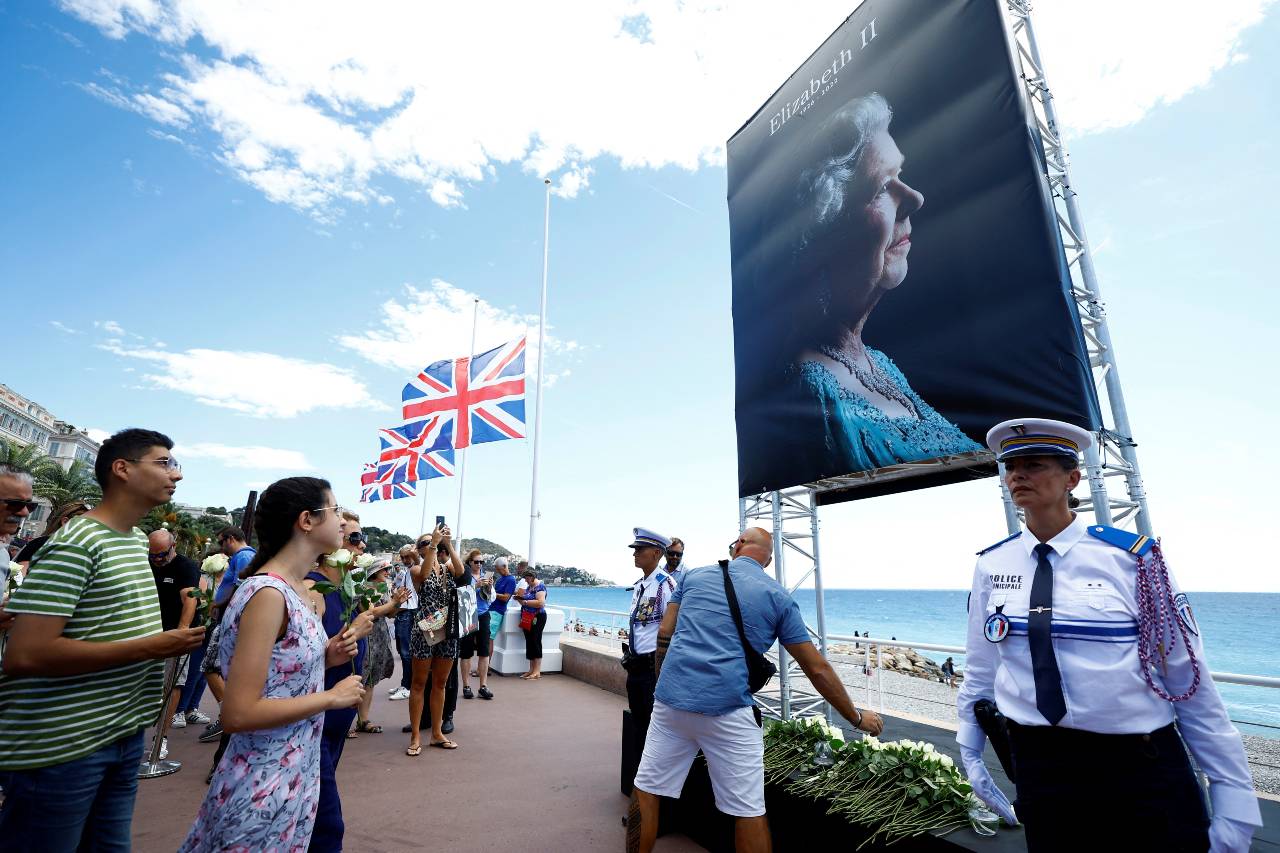 Experts say there remains a fascination for the royals in France which is potentially linked to nostalgia for its own defunct nobility. /Eric Gaillard/Reuters

Experts say there remains a fascination for the royals in France which is potentially linked to nostalgia for its own defunct nobility. /Eric Gaillard/Reuters

On news of Elizabeth's death, Macron's tribute to the UK's "Queen of hearts" was followed by a government order for all French flags to be flown at half-mast on public buildings during the queen's funeral.

While the majority of French mayors followed the command, two flatly refused to take part in the commemorations, saying that considering France's history, the president and media were displaying an unhealthy obsession for the British monarchy.

Patrick Poisy, a left-wing mayor of the northern village of Faches-Thumesnil, said that lowering the flags would be a contradiction of France's republican principles of "Liberty, Equality, Fraternity."

"No concept is farther from 'equality' than the monarchy," he wrote on social media.

France, he added, had rejected "the principle that being born in the right family gives you special blood which puts you above others."

Yann Galut, mayor of the central city of Bourges, described the request as "incredible."

"I respect the sorrow of our English friends but I will not put up the French flag [at half-mast] over the municipal buildings," he said.

He later added on France 3 television: "We are a republican country. Why should I pay tribute to a foreign monarch?"