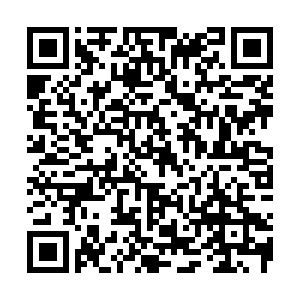 Mourners gathered in Edinburgh to see the Queen's coffin as it travelled to Holyroodhouse. /CFP

Mourners gathered in Edinburgh to see the Queen's coffin as it travelled to Holyroodhouse. /CFP

Members of the public took to the streets of Edinburgh to bid farewell to the late Queen Elizabeth II, as her coffin traveled from her Balmoral estate in the Scottish Highlands to Holyroodhouse.

But among the mourners, there were a few heckles heard urging for Scottish independence. One 22-year-old woman was even detained for a breach of peace, after she held up a sign with an anti-monarchy slogan. A few 'boos' were also heard echoing the streets.

For some in the crowd, the monarchy – now personified by the newly proclaimed King Charles III – represents the strength of the United Kingdom of Scotland, England, Wales and Northern Ireland. But for others, the Queen's death represented an end to the British era, and the start of Scottish independence.

Opinions in Scotland remain sharply divided over whether to remain in the United Kingdom or become independent. A 2014 referendum on Scottish independence voted to remain, but only by 55.3 percent to 44.7 percent, and in June 2022 the country's First Minister Nicola Sturgeon – leader of the ruling Scottish Nationalist Party – announced plans for another plebiscite in 2023.

Indeed, the main question seems to be when, not if, Scotland votes again on the independence question. A recent YouGov poll indicates that only 18 percent of Scots want a referendum held this year, but when asked if there should be one in the next five years that number rises to 42 percent with only 41 percent against the idea.

John Curtice is perhaps Britain's best-known political scientist and specifically psephologist, or election analyser; he also happens to be, Professor of Politics at the University of Strathclyde in Glasgow, Scotland's biggest city. And while the death of the Queen has prompted much public grief, Curtice thinks royalism could dwindle as Charles takes to the throne.

"Queen Elizabeth had a personal popularity that may indeed extend beyond support to the institution of the monarchy," Curtice told CGTN Europe. "King Charles will have to work pretty hard to try to persuade people that the monarchy is indeed worthwhile, perhaps try to reduce some of the damage that's been inflicted by history recently." While millions of mourners are expected to pay their respects to the Queen in the coming days, public opinion of the monarchy is far from universal, with the Royal Family's image being affected by recent scandals.

Having taken the throne at a key moment of tension over constitutional questions, Charles will face significant challenges in building the same rapport with the Scottish people that his mother established over decades.

"The monarchy is valued when it does things well," said Curtice. "Other occasions, such as the death of Diana or indeed some of the more recent stories about Prince Andrew and the rift between Prince Harry and Prince William, have done damage to the reputation of the monarchy."

Across the UK as a whole the monarchy remains widely popular, with only one in five believing abolition would be in the country's interest, in Scotland there is far more constitutional uncertainty. But is a dislike of the monarchy enough to sway Scots to leave the United Kingdom? Curtice believes the two concepts are related, with royalism linked to unionism and republicanism to independence.

"A majority of those people who would vote 'yes' to independence would prefer to have a republic within the monarchy, whereas the opposite is true of those who would support the union," he said.

It is, for now, a moot point. Sturgeon has stated that if Scotland were to become independent, the country would retain the monarch within its constitution as head of state. But while that might give some comfort to Charles, the uncertainty over the future of the United Kingdom will be one of the chief concerns in the first years of his reign.