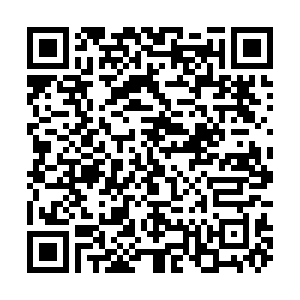 Both Russia and Ukraine accuse each other of shelling Europe's largest nuclear power plant in Zaporizhzhia, Ukraine /REUTERS/Alexander Ermochenko

Both Russia and Ukraine accuse each other of shelling Europe's largest nuclear power plant in Zaporizhzhia, Ukraine /REUTERS/Alexander Ermochenko

Ukraine and Russia both want a protection zone created around the Russian-held Zaporizhzhia nuclear power plant. That's the view of the chief of the International Atomic Energy Agency (IAEA) Rafael Grossi on Monday, agreeing to a suggestion that the move represented a "ceasefire." Grossi had previously demanded a "nuclear safety and security protection zone" around the plant.

Russia and Ukraine have blamed each other for shelling at the site of Europe's biggest nuclear power plant that has damaged buildings close to its six reactors and risked catastrophe, including by cutting power lines essential to cooling fuel in the reactors, even though they are all shut down.

"I have seen signs that they are interested in this agreement," Grossi told reporters at the IAEA headquarters in Vienna. "What I see is two sides that are engaging with us, that are asking questions, lots of questions."

Issues being discussed include the radius of the zone and the role of IAEA staff, Grossi said. Two IAEA officials are currently stationed at the plant and form what the agency calls a continuous presence there.

Asked if his proposal was for a ceasefire rather than a removal of all military equipment or personnel, Grossi said what he was suggesting encompassed the former.

"It includes that. It may include other things," he said, adding: "Basically it's a commitment that no military action will include or will imply aiming, of course, at the plant, or a radius that could be affecting its normal operation. This is what we expect."

The IAEA's board of governors is currently discussing the world's most pressing atomic energy issues, including Ukraine's nuclear power plants, as well as a possible renewed Iran nuclear deal. This high-level meeting comes three months after the agency adopted a resolution urging Iran to give credible answers to the agency's investigations into uranium traces in the country.

Earlier, Tehran said it is ready to continue its cooperation with the body. In a statement, the Iranian Foreign Ministry spokesman also called on the IAEA not to yield to what it called "Israel's pressure" over the country's nuclear activities.

France, Britain and Germany on Saturday said they had "serious doubts" about Iran's intentions to revive a nuclear deal. Iran earlier this month sent its latest response to the European Union's proposed text to restore the 2015 agreement under which Tehran had restrained its nuclear program in exchange for relief from U.S., EU and U.N. economic sanctions.

Diplomats have said Iran's response to the EU coordinator was a step backwards, with it seeking to link a revival of the deal with the closure of investigations by the IAEA into uranium traces at three sites.