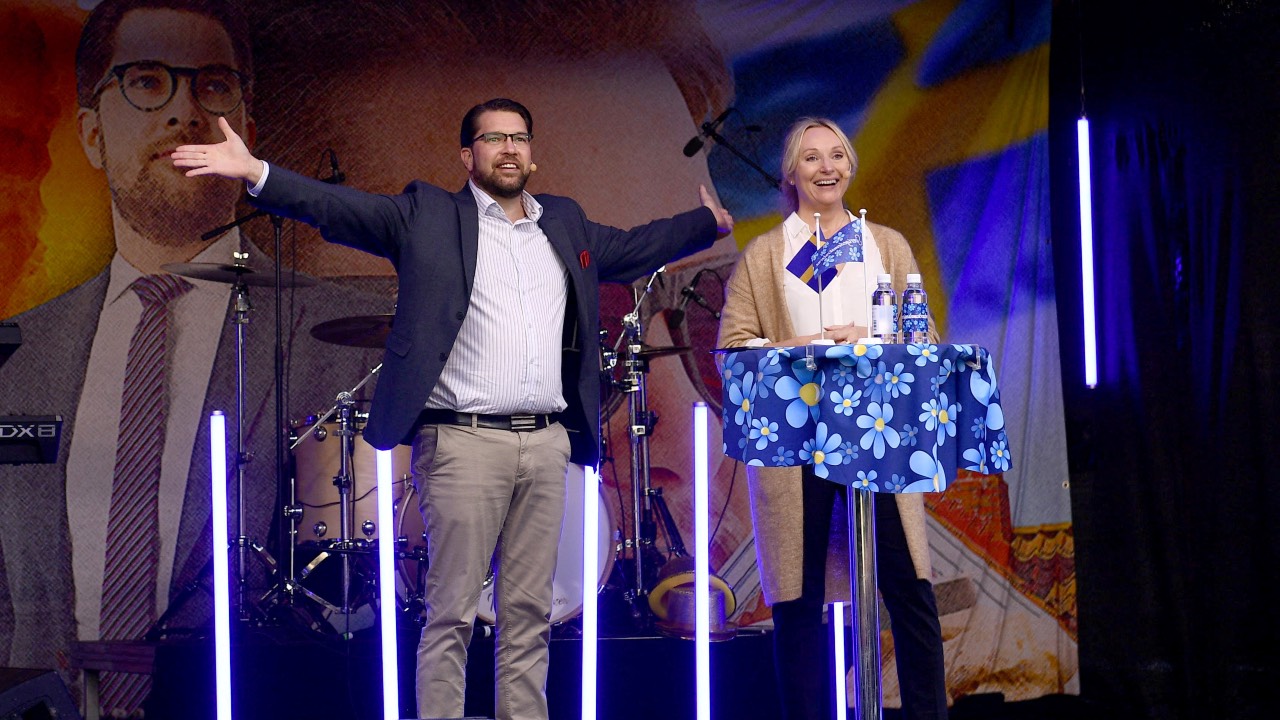 Once shunned by mainstream parties, the anti-immigration, far-right Sweden Democrats look poised to be main power brokers in the country's general elections on Sunday, September 11. They have been embraced by a right-wing opposition that has come to see them as key to ending nearly a decade of Social Democrat rule.

Formed in part by activists with neo-Nazi and white supremacist ties in 1988, the Sweden Democrats have seen support grow in the 12 years since the party first entered parliament as its leader Jimmie Akesson toned down its extremist image.

"Those who founded our party are no longer taking part," he said.

"Most of them disappeared already after one or two years. So the Sweden Democrats today is something different from what was founded about 30 years ago."

The 43-year-old has tapped into voters' concerns over mounting gang violence, which the government says is linked to poor integration of many of the two million "new Swedes" who have arrived over the past two decades taking the Swedish population to just over 10 million.

Opinion polls put Akesson's party at about 20 percent, well behind the Social Democrats but ahead of the Moderates, traditional head of the right wing whose leader, Ulf Kristersson, is expected to become prime minister if the bloc wins the election.

Such a win would give Akesson unprecedented influence on the new government. 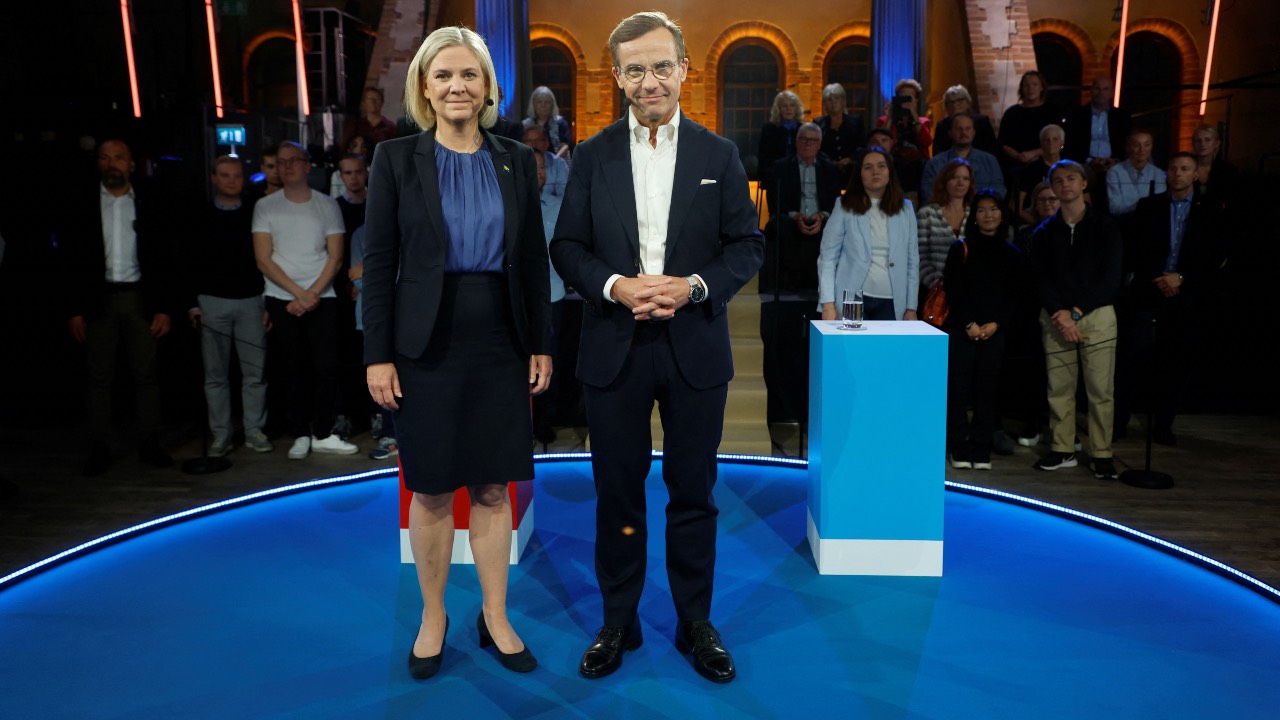 Swedish Prime Minister and leader of the Social Democrats, Magdalena Andersson, meets her opponent Ulf Kristersson, leader of the Moderate Party in a political debate on Swedish Television in Uppsala. /TT news agency/Reuters

Swedish Prime Minister and leader of the Social Democrats, Magdalena Andersson, meets her opponent Ulf Kristersson, leader of the Moderate Party in a political debate on Swedish Television in Uppsala. /TT news agency/Reuters

The closely fought election comes at a time when pressure on Sweden's economy is growing. With energy costs rocketing as a result of Russia's decision to squeeze gas supplies to Europe, growth is set to slow next year with recession a distinct possibility.

Inflation is running at a pace unseen since the early 1990s and unemployment and interest rates are set to rise. Meanwhile, house prices have already begun sliding.

Sweden can be 'a great, safe, successful country again'

This ought to give the right-wing opposition a golden opportunity to return to power after eight years of Social Democrat-led governments.

Having shed plans to leave the European Union and never join NATO, the party's tough stance on immigration remains undimmed. It has set out a 30-point program aimed at making Sweden the toughest country on immigration in the EU, including legislation making it possible to deny people seeking asylum based on religious or LGBTQ grounds.

It wants to slash economic benefits for immigrants and introduce tougher policing, including visitation zones in troubled areas for searches without concrete suspicion of a crime.

Akesson said the right-wing bloc - consisting of Sweden Democrats, Moderates, and the smaller Christian Democrats and Liberals - was already broadly aligned on some key issues, such as tougher rules on immigration and law and order.

"The toughest [to solve] will be economic policy, unemployment benefits and sick leave benefits, there we are more of a centrist party," said the leader of Sweden Democrats.

"We will be very vigilant so that this new government doesn't stray too far to the right on wealth distribution issues," he added.

Regardless of the outcome of the election, where Prime Minister Magdalena Andersson's Social Democrat-led bloc and the right-wing opposition are running neck-and-neck in recent polls, the Sweden Democrats have already changed Swedish politics.

A poll by Sweden's TV4 on August 24, showed 39 percent of those questioned would choose Andersson as prime minister against 23 percent who preferred Kristersson, a former social security minister who has headed his party since 2017.

"Sweden has been a great country, a safe country, a successful country and it can be all these things again," Akesson said.

Hitting out at immigration, shattering what was a taboo in Sweden's political discourse only a decade ago, it has forced other parties to adjust.

"It has been very clear in the last five years that the other parties have aligned themselves with us, that they have positioned themselves close to us in order to not lose more voters," Akesson said on the sidelines of a campaign rally.

While it has won over some voters, the party remains deeply divisive in a country which sees itself as a progressive society. 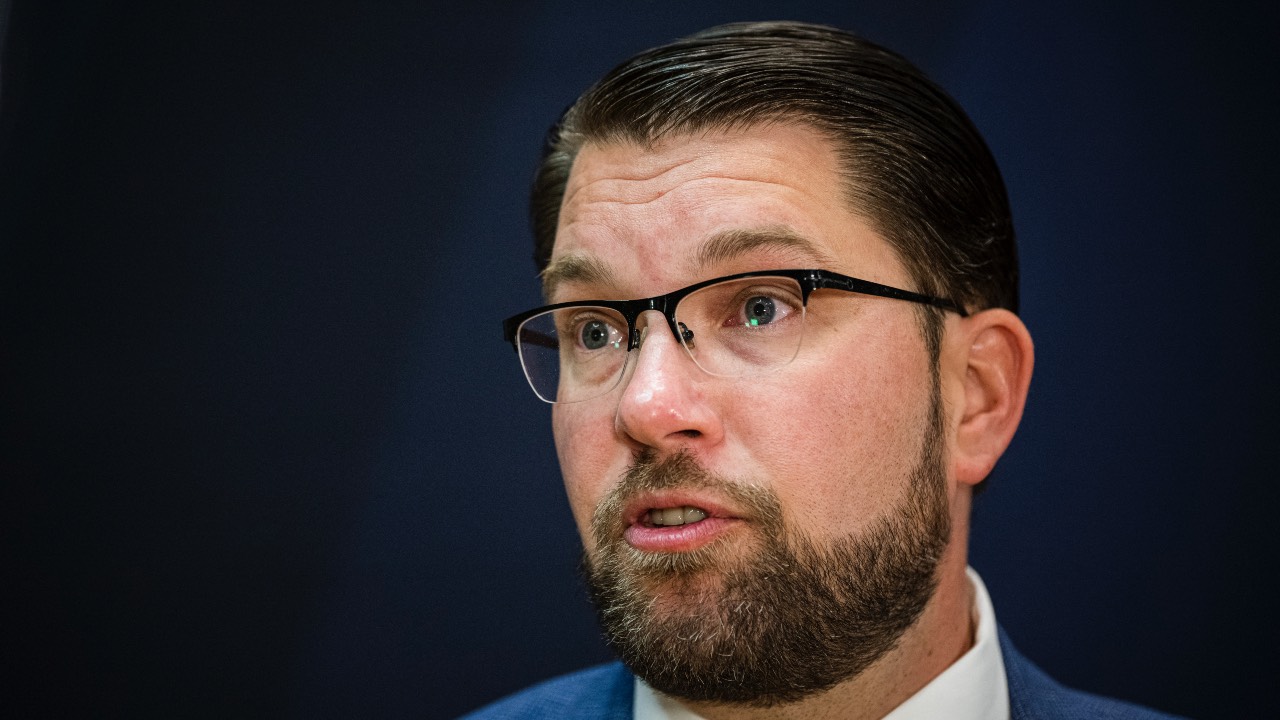 Jimmie Akesson, leader of the Sweden Democrats party in Sweden speaks to journalists prior to a debate with other party leaders. /Jonathan Nackstrand/AFP

Jimmie Akesson, leader of the Sweden Democrats party in Sweden speaks to journalists prior to a debate with other party leaders. /Jonathan Nackstrand/AFP

Nicholas Aylott, associate professor of social sciences at Sodertorn University, said the way the Sweden Democrats were being regarded by the other parties was still a major factor in the election.

"It is still a very potent driving force on the left of the spectrum. The parties there really make a big deal of their refusal ever to do deals with the Sweden Democrats, and probably that applies to the Centre Party more than any other party," Aylott said.

A 'referendum' on the far-right

The Centre Party, traditionally part of the center-right bloc, has loosely aligned with the Social Democrats, Greens and Left in a bid to keep Sweden Democrats away from government - making its leader, Annie Loof, a bugbear for the far right.

And after suffering two election defeats in a row, the Moderates, the Christian Democrats and the Liberals have agreed to cooperate with the Sweden Democrats, who have said they will support Kristersson as prime minister in return for tougher immigration and law and order policies.

Kristersson's decision to court the far right has alienated his former allies in the Centre Party and many voters.

"In a way, this is a referendum on the Sweden Democrats," said Peter Esaiasson, professor of political science at Gothenburg University.

"There is a choice you have to make in terms of what is the most important dimension in politics, is it left-right, or is it the moral dimension and concern about racism?"

Opinion polls show the Moderates losing to the Sweden Democrats for the position of second biggest party after Andersson's Social Democrats.

While few believe Akesson could become prime minister after September 11, the chance he could wield influence on policy-making if the centre-right wins a majority could still put off many undecided voters.

The energy crisis, soaring inflation and war in Ukraine could help Social Democrat Prime Minister Magdalena Andersson to secure another term in office if Swedes decide to vote for a safe pair of hands in Sunday's parliamentary election.

If Andersson wins, however, she is unlikely to have an easy task forming a new administration - or staying in power.