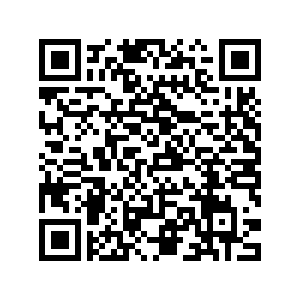 Germany could extend the lifetime of its nuclear power plants in what would be a major policy u-turn after Russian gas supplies were halted, sending Europe scrambling for energy sources.

A decision to be made on nuclear fuel comes after Chancellor Olaf Scholz's government announced a multibillion-dollar support package designed to shield households from record energy bills and spiraling inflationary pressures.

The German leader sought to assure people that they will get through the winter, despite Russia's Gazprom continuing to suspend gas flows to Europe's biggest economy.

As part of the $65 billion package, $1.5 billion will be put towards subsidizing cheaper public transport after a 9 euro ($8.9) monthly ticket program expired last month, which allowed unlimited trips per month, with the new fee closer to 50 euros ($49.6).

The suite of measures also includes tax breaks for energy intensive companies and windfall tax proposals for energy firms to be used to try and lower bills for consumers.

A stress-test to evaluate the benefits of an extension of the lifetime of nuclear power plants has also been undertaken, with domestic media reports suggesting the government is tending towards keeping the facilities running longer than originally planned.

Scholz said in early August that extending the lifetime of Germany's three remaining nuclear power plants, which account for six percent of the country's electricity output, "can make sense."

The landscape has changed since then, with the Ukraine conflict and now Russia's decision to keep Nord Stream 1 switched off following three days of maintenance. Gazprom says it's because of an oil leak, which the German government has dismissed as another excuse in a long-running pattern with the pipeline used as a political tool.

"Russia is no longer a reliable energy supplier. That's part of the new reality. The German government prepared itself for this scenario. Already at the end of this year, roughly 10 months after the start of the war, the first LNG terminals will be operational on the North Sea," he said.

Germany's gas storage levels are currently at 85 percent as much of the country works to reduce energy consumption for the winter.

As part of the savings measures, lights have been switched off at public monuments, and public buildings will have their thermostats adjusted to no higher than 19C over the winter months. Germany plans to use more coal and oil to help generate extra electricity over the winter.