Download
The boy who wanted to be world king: A review of Boris Johnson in power
Michael Voss

Boris Johnson's campaign to back Brexit helped win the 2016 referendum.

It later helped this controversial, charismatic politician achieve the post he'd always aspired to: Prime Minister of Great Britain and Northern Ireland. As a schooloboy, he told contemporaries he wanted to be "world king."

Johnson replaced Teresa May as the country's leader, in July 2019, after internal Conservative party divisions over her Brexit deal forced her to step down

Known simply as Boris, he soon showed he was prepared to bend the rules, suspending Parliament to limit debate over his Brexit strategy, a move ruled unlawful by the Supreme Court. 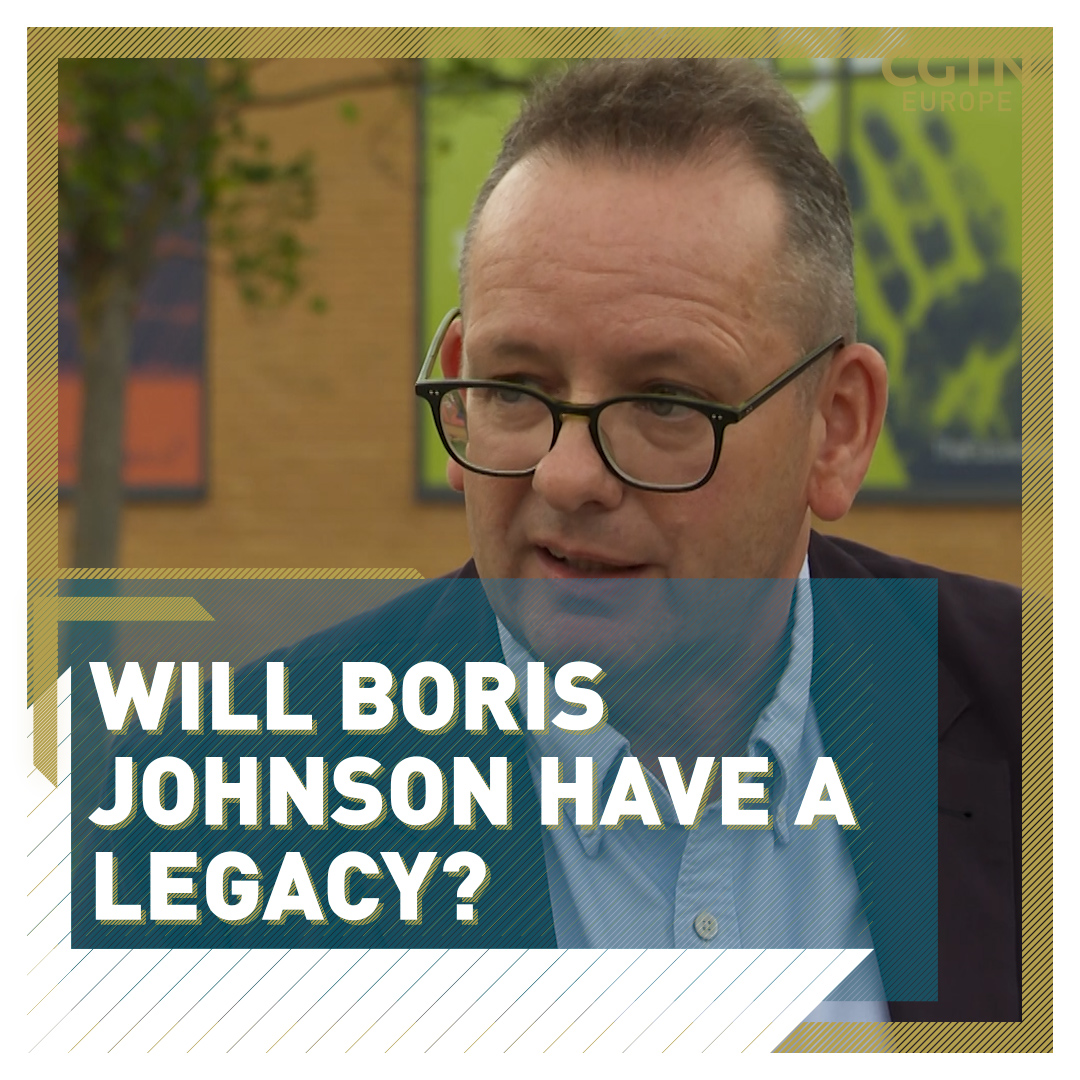 "The Prime Minister's advice to her majesty was unlawful, void and of no effect" was the damning verdict of Lady Hale, the then President of the Supreme Court,

In the end Johnson called an early election for December 2019 on the promise to Get Brexit Done.

The referendum had taken place back in June 2016 and much of the country was fed up with the constant arguing over just what Brexit meant and the endless negotiations with Brussels.

Johnson campaigned on the fact that he had a deal and could deliver it.

"We have a deal with the EU that is ready to go. It is oven-ready as I never tire of saying. Just put it in the microwave and there it is" was Johnson's way of putting it on the campaign trail.

He won a resounding victory, giving the Conservatives the largest majority they had had in decades, taking seat after seat in traditional opposition Labour Party heartlands.

In January 2020 Johnson delivered the UK's exit from the European Union.

But his political ambitions were swiftly derailed by the discovery of COVID-19.

His government faced a barrage of criticism for failing to grasp the severity of the outbreak as the virus first spread across Europe.

"I was at a hospital the other night, there were actually a few coronavirus patients and I actually shook hands with everybody" Johnson reassured the public at the time.

That soon changed with the Government ordering a strict national lockdown, backed by a substantial financial aid package.

Vaccine rollout and fall from grace

He later acted decisively in approving the first mass Covid campaign vaccination in the world, a political shot in the arm which boosted his ratings.

Then came the conflict in Ukraine. Johnson acted swiftly to offer both military and political backing, making regular trips there in support of President Volodymyr Zelenskyy.

Back at home, though, his premiership was increasingly dogged by accusations of sleaze and poor judgement.

In one of its most high-profile U-turns, his government scrapped plans to change the body overseeing standards for elected politicians.

That was after one of his colleagues was found to have acted improperly by lobbying on behalf of private businesses.

And perhaps most controversially of all was what came to be known as Partygate.

A series of parties held at his official Downing Street residence during lockdown to break the government's own COVID laws appeared.

The police intervened in the Partygate scandal, with Boris Johnson becoming the first sitting British Prime Minister to be fined for breaking the law.

He went on to apologize to the House of Commons

"Mr Speaker I want to apologise, I know that millions of people across this country have made extraordinary sacrifices… and I know the rage they feel with me and the government I lead," Johnson told Parliament but said it was time to move on and that he intended to continue as Prime Minister.

He was once nicknamed Telflon for his ability to brush off scandals that would have sunk other politicians. In the end, though, public opinion turned against him, his ratings so toxic that own party forced him to resign.

On July 7th Johnson gave a press statement outside his official residence at 10 Downing Street to announce that he was stepping down.

"It is clearly now the will of the parliamentary Conservative party that there should be a new leader of that party and therefore a new prime minister," Johnson said.

But he also announced that he would remain Prime Minister until a successor was chosen, a leadership contest that was to last almost two months.

As the battle to replace him got underway, Johnson almost disappeared from public life.

The opposition called his government 'Missing in Action' as the country struggles to cope with a severe cost of living crisis, with rampant inflation and soaring energy prices.

For the moment Johnson remains an MP and could earn millions on the speaking circuit and by writing his memoirs.

Within the space of a few tumultuous years, Johnson rose to the summit of British politics… and saw that power fall through his hands.

In his farewell address to Parliament, though, his final words were "Hasta La Vista Baby".

Was this a hint that he is planning a comeback?