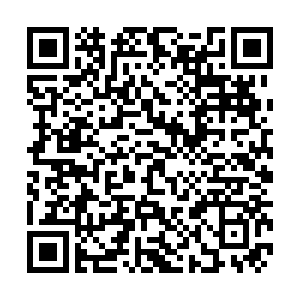 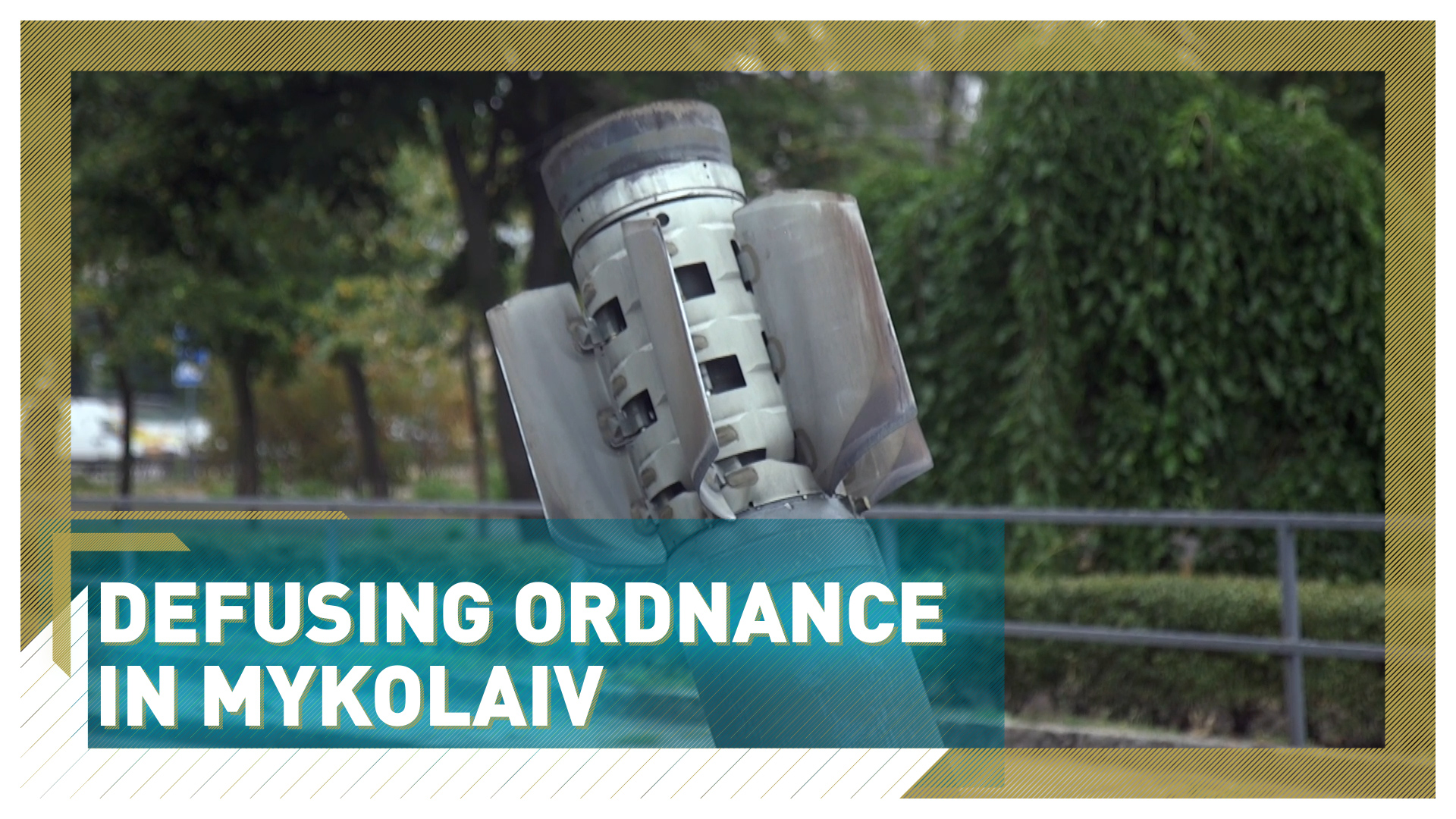 The unexploded Smerch rocket lodged upright in the asphalt of a Mykolaiv main thoroughfare forced morning drivers to dodge around the projectile as local police waited for the sappers – an old French-derived term for military engineers, in this case meaning the bomb squad.

Launched by Russian forces hours earlier, the rocket – its exposed tail fin carrying multiple cluster bombs – should have exploded before impact. "It would've sprayed in all directions, but it didn't," a munitions expert at the scene explained. "Hard to tell why it didn't go off. It may be an old rocket, or the fuses may have been damp."

When the sapper team arrived on the scene, defusing experts looped steel cables around the rocket body, hooked the cables to a digger and hoisted the rocket head from the asphalt.

"We get called out to hit sites a dozen, sometimes 15 times a day," says Vladimir Kozirev, the head of Mykolaiv's Demining and Defusing Unit. Kozirev's team detonates and defuses unexploded land and sea mines and rockets and missiles from skirmish sites, the city center and open fields. 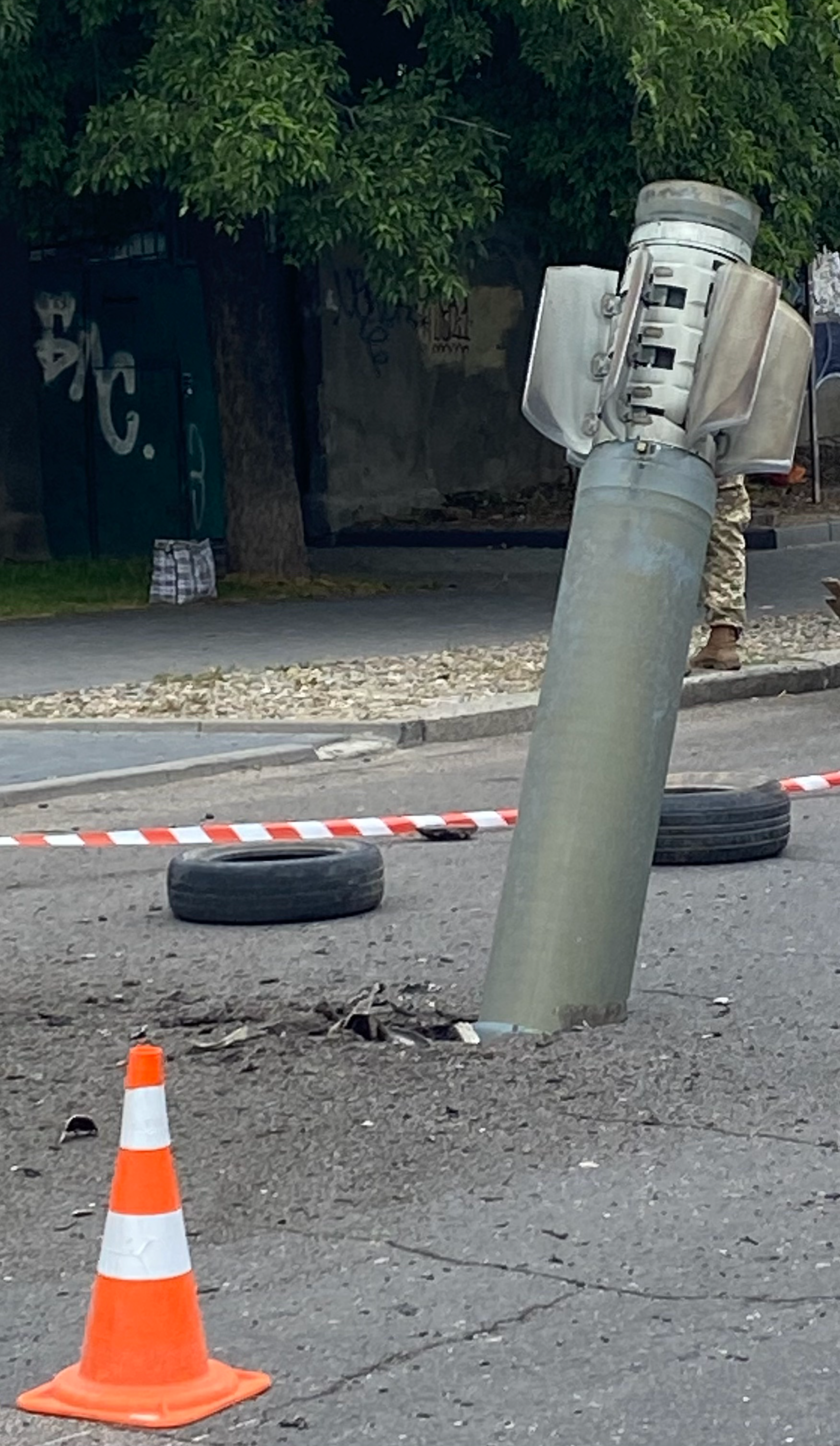 The Smerch shell in the road in Mykolaiv. /Stephanie Freid/CGTN Europe.

The Smerch shell in the road in Mykolaiv. /Stephanie Freid/CGTN Europe.

Most calls come from Mykolaiv residents phoning about explosive remnants spotted in public spaces or backyards.

"There are public awareness campaigns on TV telling people not to touch anything they find," says Kozirev. "But people are curious – especially children. That's a problem."

Even before the Russia-Ukraine conflict erupted six months ago, Ukraine was one of the most mine-contaminated regions in the world. Over the past half-year, hundreds of casualties in Ukraine have been caused by unexploded remnants. 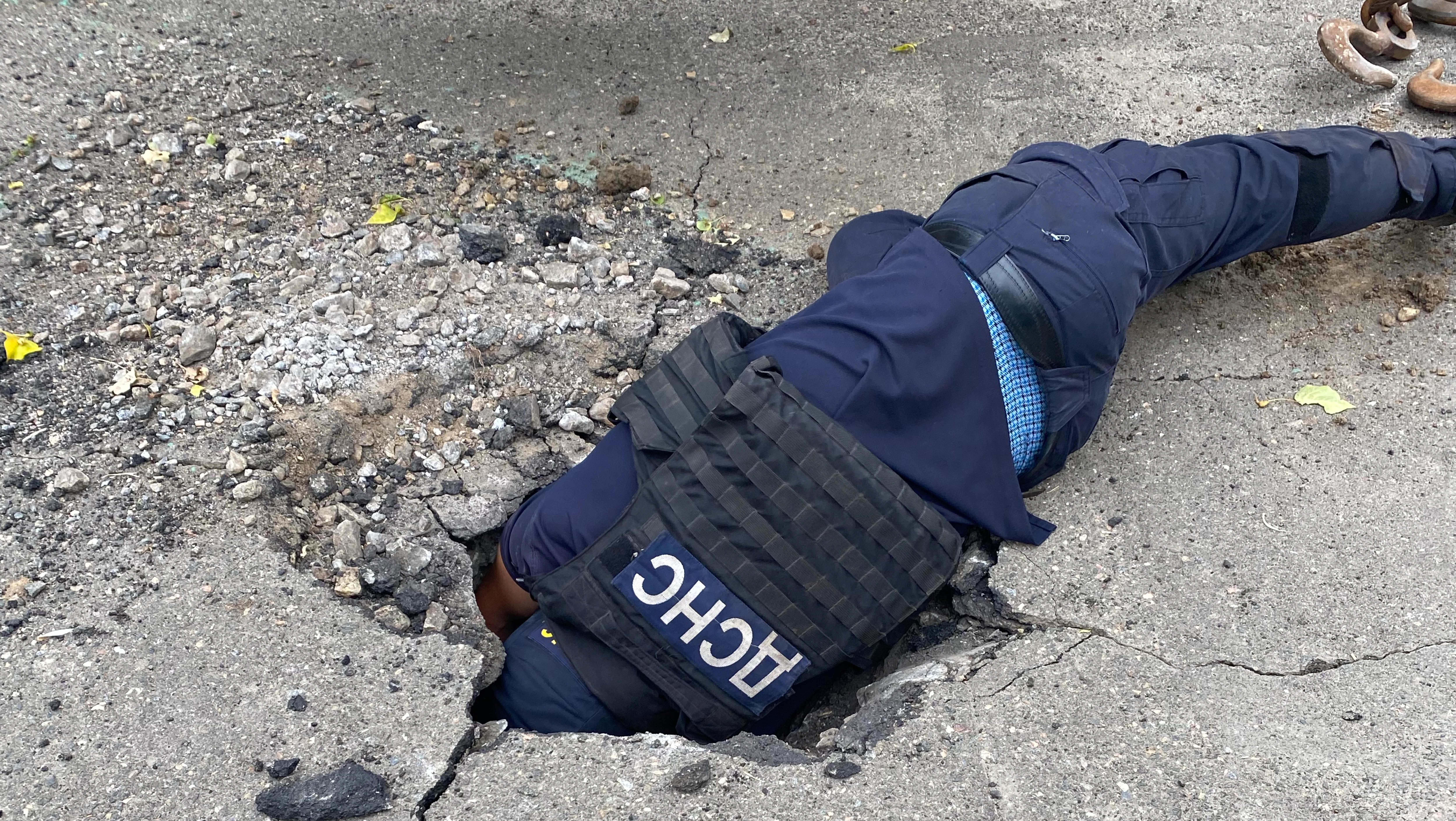 One of the sappers at work. /Stephanie Freid/CGTN Europe

One of the sappers at work. /Stephanie Freid/CGTN Europe

An estimated 600 professional sappers are currently tasked with the treacherous challenge of neutralizing Ukraine's munitions-riddled urban and rural areas.

Because Russia is launching weapons not deployed in Syria or Iraq, sappers are sometimes forced to hold phone consultations from the field with colleagues abroad to get advice on defusing specific weapons.

The UN Humanitarian Coordination Office – OCHA – predicts it will take years to clear the tens of thousands of sea and landmines and leftover munitions planted in and launched on Ukraine since February. Sappers say it will take much longer than that.

"Weighted sea mines will eventually float up to the surface and we'll have to clear those," Kozirev reveals. "Beyond that – we're still finding bombs from World War II."