Download
'The Russians took my past, my soul, my life': the story of a Mariupol survivor
Zofia Melanczuk 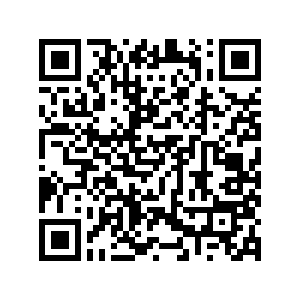 When Ruziya Gorbatenko awoke in her apartment in Mariupol to the sound of explosions on February 24, she could never have imagined what the next few weeks would look like.

As the Russian military moved into Ukraine from the east, Mariupol became the focus of global news, with images of killed civilians and bombed residential homes shocking the world.

Amid a harsh winter, Ruziya was forced to leave her home town with her family. They lived in constant fear, not knowing if they would escape the region before fighting arrived at their doorstep.

For security reasons Gorbatenko is unwilling to show pictures of herself or her family, but she has told CGTN her terrifying account of how they survived the onslaught and eventually escaped her hometown.

These are her own words.

Life before the war

My name is Ruziya Gorbatenko. I have lived with my family in the city of Mariupol since 1983. In 1984, I had my son Alexander, and we all lived together until 2013 when he married. In 2014 he had a son, called Artyom. My son lived with his family in a two-room apartment. They took care of their home, they worked and planned for their future. But then everything changed in an instant - it changed for everyone on 24 February.

When it began, no one imagined it was possible for a war to break out. That there could even be a war in our time. That two heads of state would not be able to compromise - Ukraine and Russia.

Lord, how terrible it is trying to remember everything ... Every morning I ran to my son, I was constantly worried, I prayed to God that the children were alive, the most important thing was for them to be alive.

There were people going to get water from the springs. People were forced to stand in line while aircraft were firing, and heavy artillery was landing - so many innocent people died. 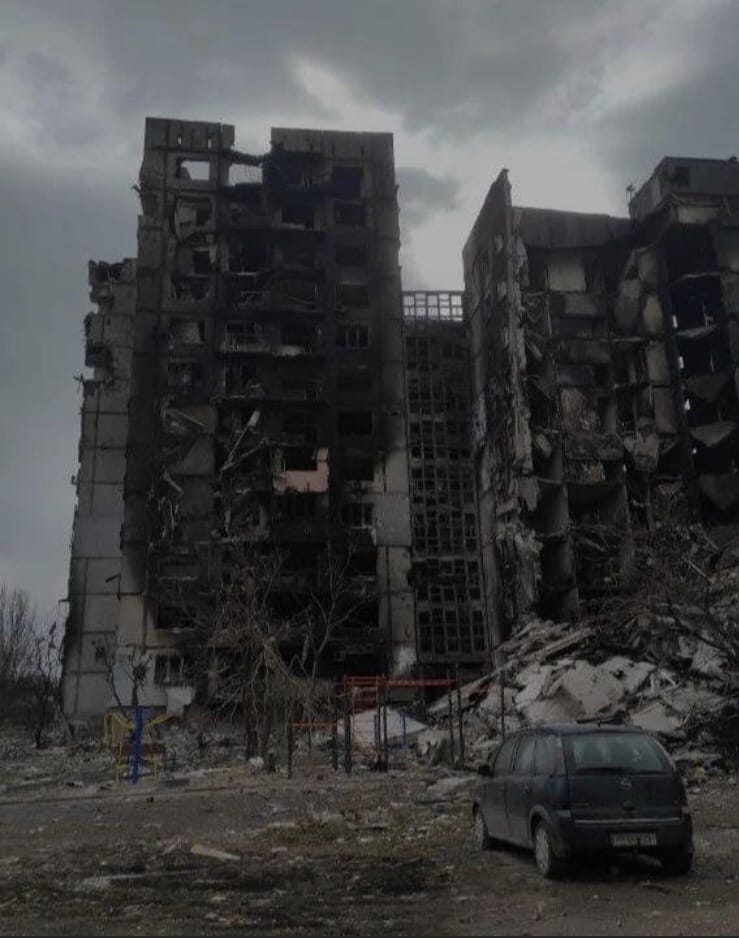 March 3 - A week after the attack

The mornings always began with a trip to see my son, then to search for food. How could a mother live in peace, knowing that her son and his family were having to prepare food on the street? That her grandson wanted to drink and eat but there was nothing for him. That there was no petrol for her son to take his family away. There was no petrol, so my son would syphon petrol from open tanks... dirty petrol... He inhaled these fumes in to his lungs.

Walking through the streets, everything was sad, watching people prepare food on the streets on fires, crying children and the elderly, houses destroyed. The whole time, everyone was hoping for a successful negotiation [between Russia and Ukraine]. Information about how the negotiations were going was discovered by asking people.

People were lying under their homes - dead. [People] were just lying on the pavement. High-precision aircraft-pilots saw who they were shooting - living people!

Our city was being liberated - that's what the Russian's were saying. 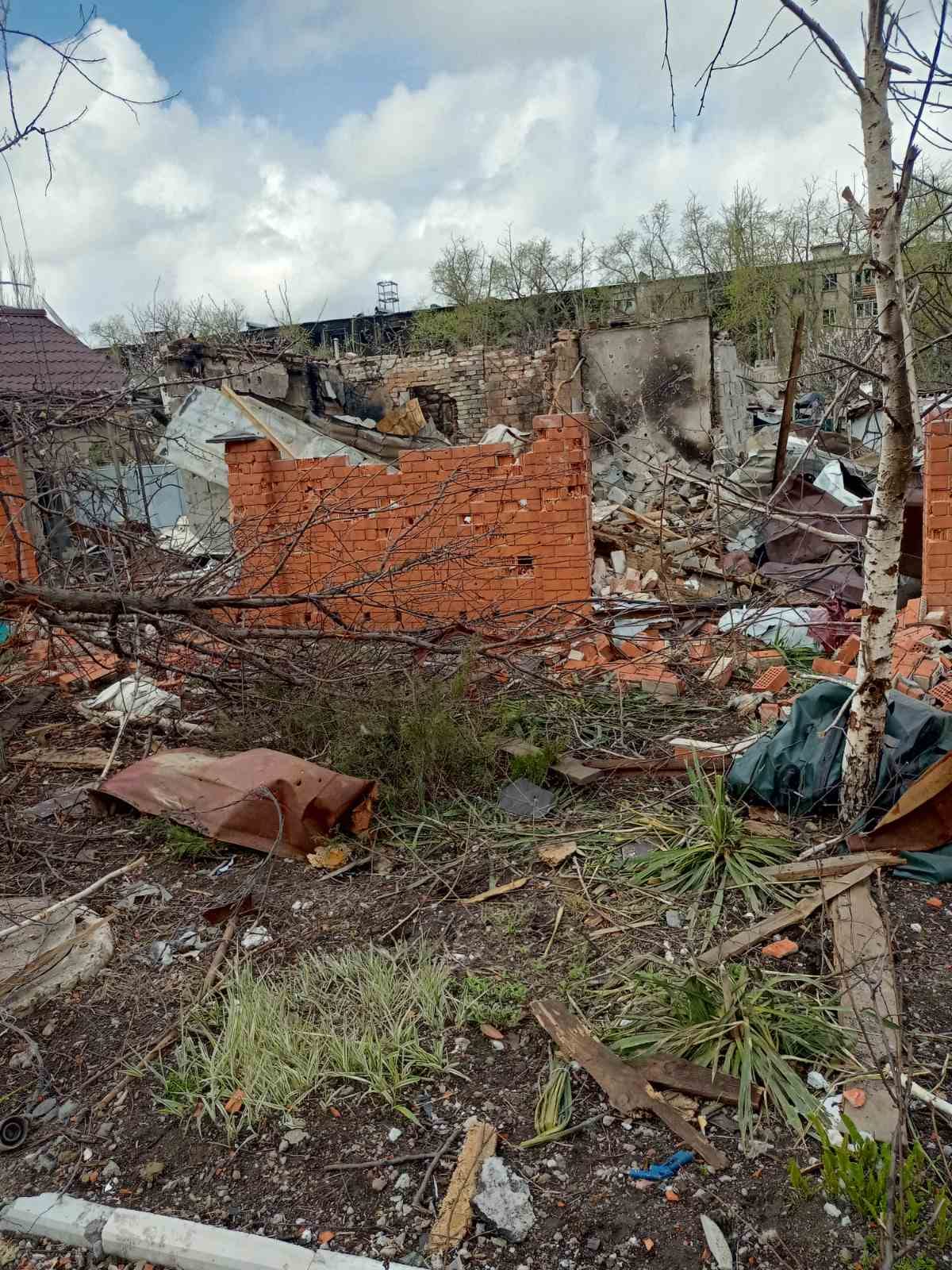 The remnants of a house on Ruziya's street./ Ruziya Gorbatenko

The remnants of a house on Ruziya's street./ Ruziya Gorbatenko

March 21- Escaping a city under siege

On March 21, we hadn't slept from the constant bombing from planes. In the morning I said that if we didn't leave today, we wouldn't be alive tomorrow. And I decided to leave. We collected an old car - a Tavria, that had lots of damage to the wheels. And then we left. But it wasn't possible to drive on the roads, they were all damaged. There was barbed wire, shrapnel that could pierce the wheels and that would be it for our escape. The road could end in an instant - just like our hope. 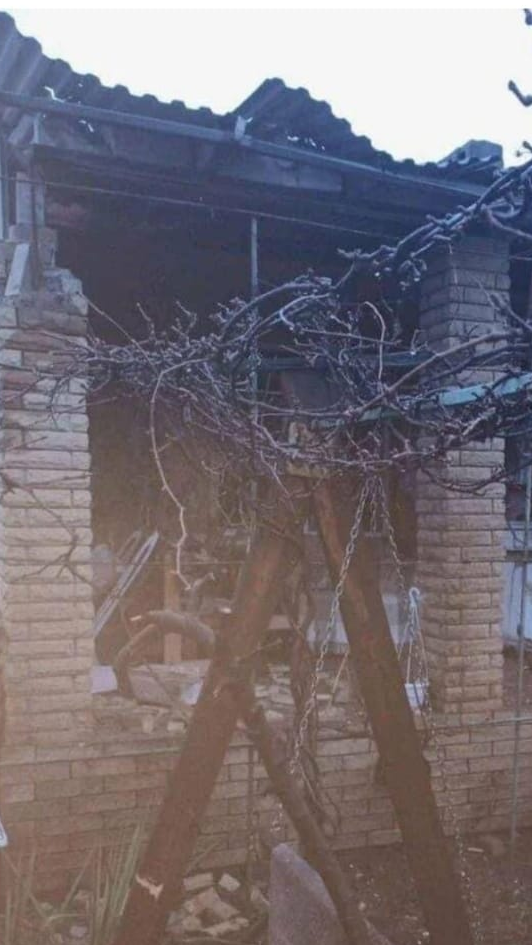 But my husband was trying to go around all the obstacles that were in our way. When we reached the House of Communications [in the city centre], people started shooting at our car. Russians ran out from under destroyed buildings, shouting after us - demanding to stop. My husband accelerated away from them and we managed to get away.

At every turn, there were holes [craters from missiles and bombs] that had to be bypassed, which was a waste of time and petrol. We hardly reached the edge of the city when we joined a growing queue of cars that were waiting to get past the Russian checkpoints.

March 22 - Getting through Russian checkpoints

It was disgusting watching them [Russian soldiers] rummage through people's things, doing some kind of 'checks'. Lord, I really wanted to say to them - 'because of you this is all we have left.' But worrying about the life of everyone in the car, I stayed silent. I clenched my fists, imagining us wrapped up in the safety of a cocoon.

When the Russians asked us where we were going, I answered 'to Urzuf,' a territory controlled by them. We were passing the second checkpoint when we heard aircraft approaching - right then my heart began to beat fast...

The first thing I thought of, when the Russians began to hide in a nearby shelter, was that they were going to shoot us at point blank range.

We could hear explosions at the far end of the queue and people began shouting to quickly drive away. Our car kept stopping so we had to keep getting out to pushing the car to start. We prayed to God that He would not leave us, that He would not let us die.

Before the war, it was possible to get to Urzuf in 40 minutes but now it took us 12 hours. We had to keep stopping in villages to ask people for petrol because we didn't have enough to get us there. People gave us 3 litres of petrol, which was as much as they could give. They wouldn't take a penny from us, they said that this was war, and that they wanted us to get there alive.

That's how we got to Urzuf. My son left on March 16, and also had difficulty getting there. He text me that day - 'Mum … tell me if are you alive! Please leave, I need you, we need you..Tell me when you're in Urzuf.'

I was only able to read that message when we got to Urzuf and I charged my phone. I really wanted to hug my son, just hug him without saying anything. But he had already left Urzuf. 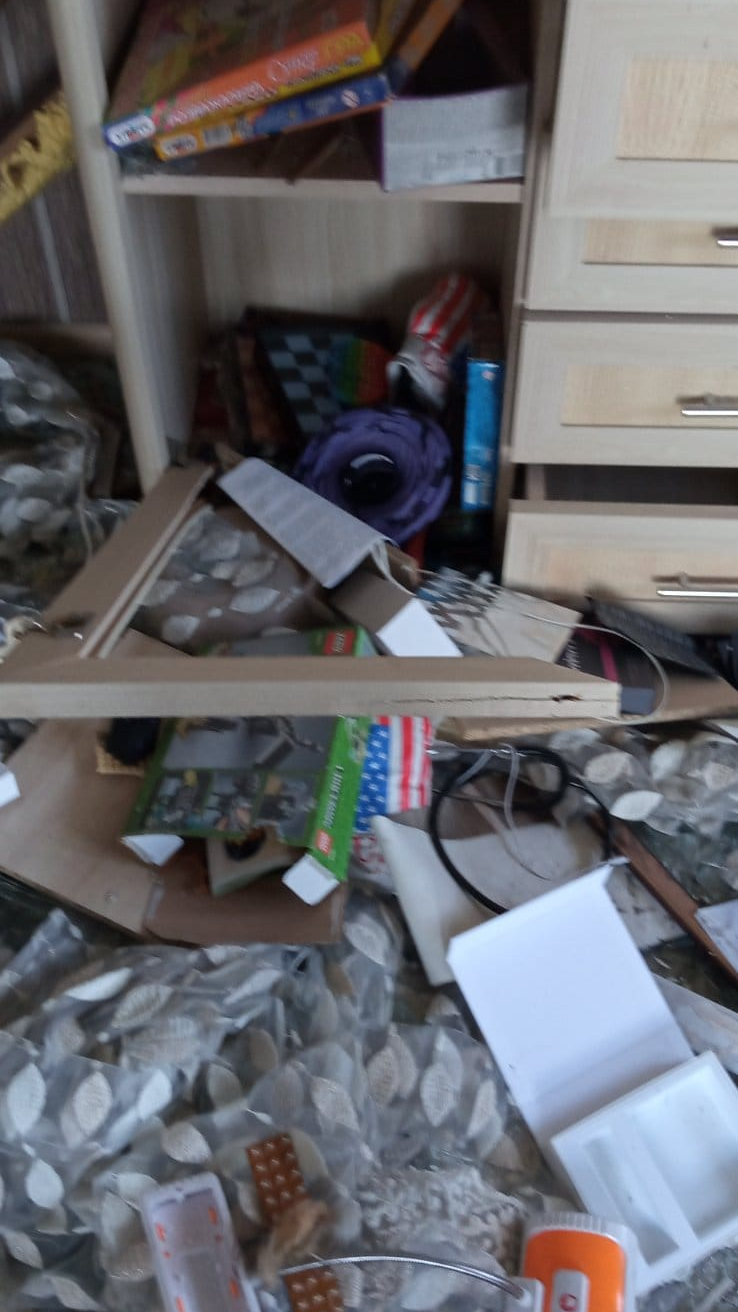 Her grandson's toys and books lie in ruins in their apartment./Ruziya Gorbatenko

Her grandson's toys and books lie in ruins in their apartment./Ruziya Gorbatenko

We stayed in Urzuf for three days until we bought enough petrol to travel further. I remember, everyone wanted to eat bread all the time. We were eating bread with such an appetite. It's impossible to imagine bread tasting this good before the war.

On March 25, we left Urzuf for Zaporozhye. But when we reached the checkpoint, they Russians didn't let us through. I talked to other people who also didn't want to go back. Everyone collectively decided they would sleep in their cars and wait for the morning. We didn't turn on the car for heating to save petrol, it was unimaginable how cold it was that night.

Then came the the long-awaited morning...

Cars began moving. We drove alongside what felt like a whole city travelling to Zaporozhye. No one realised that on both sides of the road everything was destroyed. I stayed silent and prayed to not turn as much as an inch in any other direction but West.

I kept repeating to my husband the same phrase again and again: 'Be patient ... a little more ... you are okay, you can do it... five more minutes  and we'll be in Ukraine's territory... Hope...God is with us...'

We drove on to a big hill when we saw everyone getting out of their cars and only then did I see it. Everything in sight had been destroyed. Tears flowed from our eyes because we were still alive.

We finally reached the Ukrainian checkpoint, driving onto Zaporozhye's roads. I wanted to hug and kiss all of our military. It was an indescribable feeling of joy seeing them. 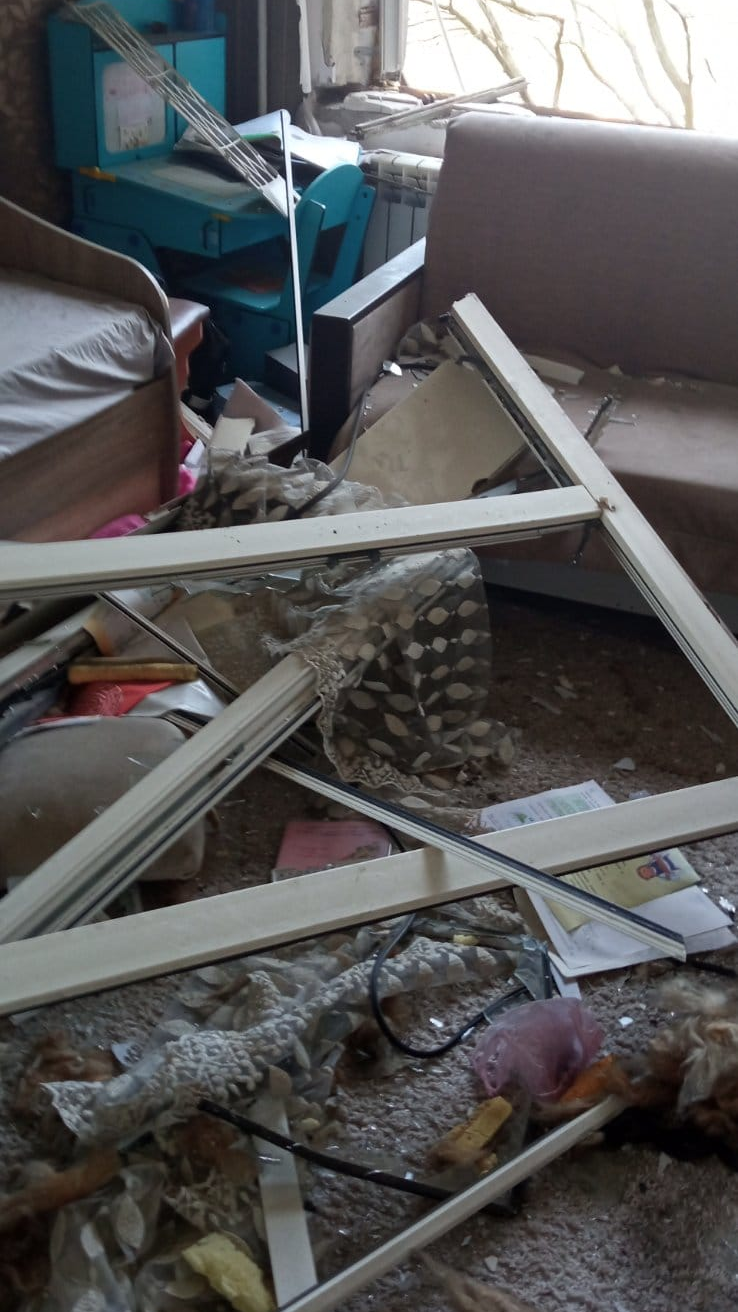 Ruziya's window frames torn out of their fittings after bombs hit the street below./Ruziya Gorbatenko

Ruziya's window frames torn out of their fittings after bombs hit the street below./Ruziya Gorbatenko

On March 28, we were again on the road, this time to Lviv and then to Poland. In Przemysl, we were met by kind volunteers. We felt so much attention, warmth and kindness from them. We felt welcome.

From Przemysl, we had to get to the city of Tlushch, where Jarek, our friend, was waiting for us. I am so glad that I have friends like Jarek. Who, after his operation, left the hospital to meet us worried about us settling in the house.

How did Poland help us? We were given Jarek, and that says it all.

We were in our own 'bubble' for a long time. We were freezing all the time, we just couldn't get warm. But they didn't shoot at us, they didn't bomb us, but we still jumped every time there was a noise when we were trying to sleep, like an echo of war. And whether it will pass or not, time will tell.

Do I want to return to Mariupol? And go where?

To the DPR [self-declared Donestsk People's Republic, a pro-Russia breakaway region] to Russia? They will shoot me, I won't be able to stay quiet about their crimes forever.

The Russians took my past, my soul, my life. They left me on the street - by bombing my house. They took away my means of living. 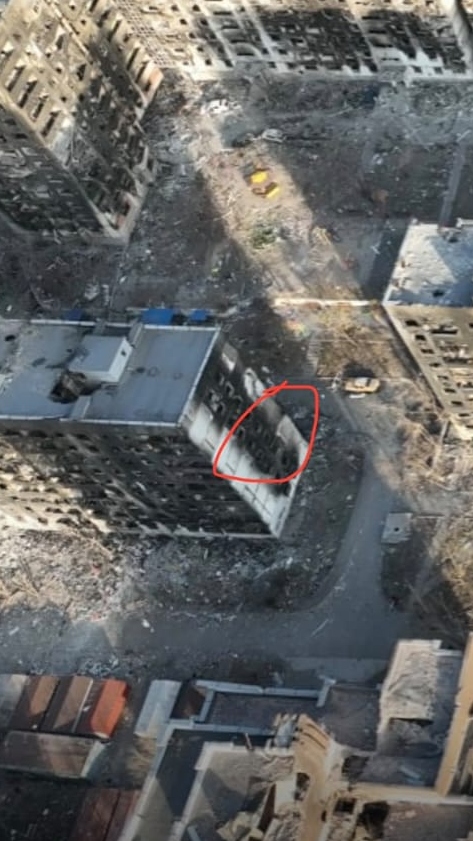 An aerial shot of Ruziya's destroyed home that she one day hopes to return to./polkazov

An aerial shot of Ruziya's destroyed home that she one day hopes to return to./polkazov

I'll go back to Mariupol, but only when it is under the sovereignty of Ukraine.

I am ready to raise our city from ruins. I love Mariupol and Ukraine very much.

Glory to Ukraine! Glory to the heroes!

Since her arrival in Poland, Ruziya and her husband have managed to reach Germany, where they are staying safe with relatives.