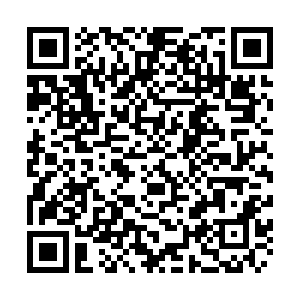 We've all done it: Shut the front door and headed off, then realised we've left something important at home and had to turn back.

For most of us that doesn't turn into a legendary broken promise which takes a millennium and a half to be finally fulfilled. But that, in essence, is the story of St Columba and the cross of Toraigh.

Toraigh (Tory, in English) is a small island nine miles off the coast of County Donegal in north-west Ireland. Fewer than 120 people live here, but this small community has been at the centre of a 1,500-year-long historical legend.

Dr Brian Lacey, an archeologist and mediaeval historian of western Ireland, told CGTN the tale of how a cross came to be pledged to Toraigh by one of Ireland's most revered saints - and the uncanny reason why it never arrived.

"Saint Columba is believed to have lived between the years 520 and 593AD", he explains.

"In 563 AD, he left Ireland, going on to establish a great monastic institution in Scotland, the St Columba Church of Scotland."

Closer to home however, Columba is also believed to have helped establish the town of Ray in which you can find an ancient six metre tall Celtic cross, and where our story begins.

As legend has it, Saint Columba had intended to bring the cross across the ocean to the small island of Toraigh, in order to commemorate the people he had converted to christianity from pagan Celtic beliefs.

But as fate would have it, when travelling with the cross to Toraigh, Columba realised he had lost his bible somewhere on the mainland.

"The local saint of that church, a man called Fionán, had found his bible for him. So poor Colmcille had to give his cross instead to Fionán as a gift for finding his bible" Brian adds.

"And so the cross stayed on the mainland in Ray and Toraigh island never got its cross."

It wasn't until this year that it was decided that the wrong should be righted -  after a fashion - with the help of sculptor and artist Sarah Lewtas.

She'd made a cross for an art display in 2021, but was unsure of what to do with it once the exhibition had come to an end.

"Because they're made from leather, paper and cardboard there was no way to preserve it. But I didn't just want to destroy it! So I asked around to see what people thought I should do with it", Sarah told CGTN.

That's when Dr Lacey reminded Sarah of the cross' history.

"Why, the original cross was meant to go to Toraigh island 1,500 years ago so why don't we bring the model, the replica instead!", said Brian.

Transporting the cross to Toraigh on a small ferry boat,  Sarah and a few local residents then took to carrying the heavy cross up a rocky hill, on which the replica would forever be buried.

Next weekend Sarah will complete the project, by sowing St. John's wort on the buried cross, a plant closely linked to Saint Columba that he is said to have often carried under his armpit - hence the Irish term for the plant - achlasan Chaluim Chille, which  literally translates to 'armpit package of Columba'.

The cross is buried ready to be sown with St. John's Wort./Sarah Lewtas

The cross is buried ready to be sown with St. John's Wort./Sarah Lewtas

Cover image: The replica of Saint Columba's cross gets carried by locals up a hill in Toraigh to be buried./Sarah Lewtas